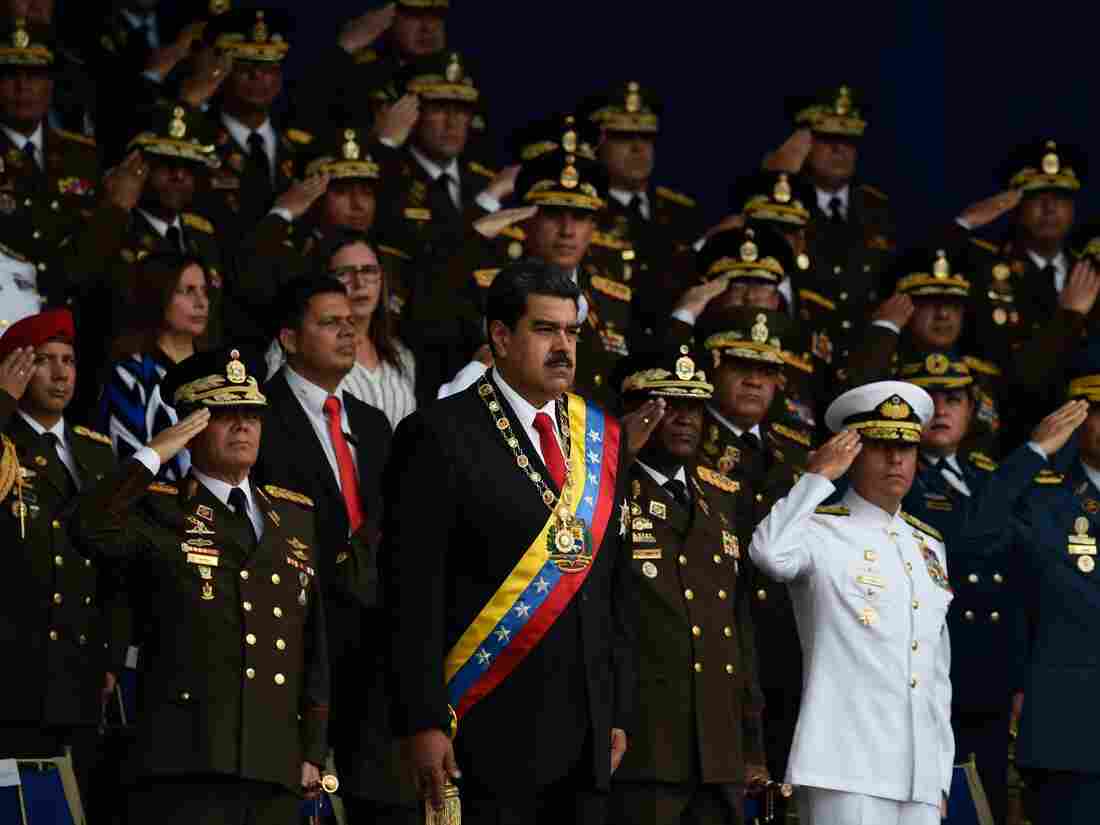 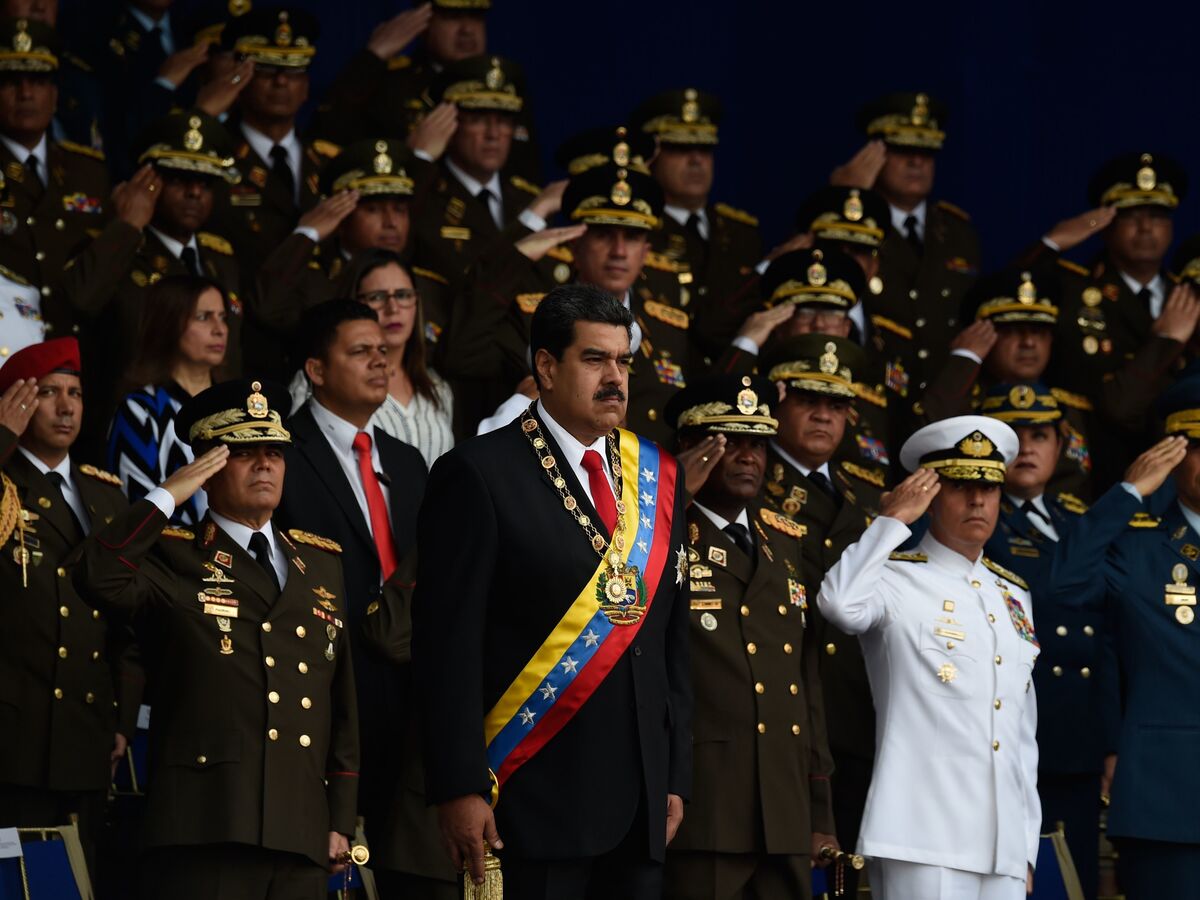 "We denounce before the international community the intervention plans and the support of military plots by the United States government," Venezuelan Minister of Foreign Affairs Jorge Arreaza said in a tweet.

The secret meetings, which NPR has not independently confirmed, were reported by Times journalists Ernesto Londoño and Nicholas Casey on Saturday based on interviews with 11 current and former U.S. officials and a former Venezuelan military commander.

Speaking to Weekend Edition Sunday, Londoño said the meetings started after President Trump made a remark last August that he was not ruling out the possibility of a military option against Maduro's government.

"Down in Caracas there were some senior members of the military who had soured on Nicolas Maduro and they perked up when they heard this. They wondered if the Trump administration might be willing to help them overthrow their commander in chief," Londoño said. "They reach out discreetly overseas, they approach a U.S. Embassy and they ask for a meeting."

"At the White House, officials take a look at this and they weigh the pros and cons, and ultimately they decided they wanted to hear from these guys, they wanted to meet with them. So over the course of at least three secret meetings that happen abroad, an American diplomat established a back channel with these dissident officers.

"At one point, the Venezuelans ask if the United States would give them encrypted radios. They said they needed to have a means to communicate more securely. Washington takes this into account and ultimately decides not to. And as we understand it, there are in recent months a series of plans that are set in motion to detain Nicholas Maduro and oust his government. However, there are leaks and none of these plans succeed and now several of the plotters are behind bars."

Maduro routinely accuses the U.S. government of plotting against him, and this is likely to embolden those claims.

U.S. officials are not publicly confirming or denying the Times account.

"U.S. policy preference for a peaceful, orderly return to democracy in Venezuela remains unchanged," National Security Council spokesperson Garrett Marquis said in a statement. "A lasting solution to Venezuela's worsening crisis can only arise following restoration of governance by democratic practices, the rule of law, and respect for fundamental human rights and freedoms."

According to the Times, one of the Venezuelan officials who took part in the talks is on the U.S. government sanctions list.

"He and other members of the Venezuelan security apparatus have been accused by Washington of a wide range of serious crimes, including torturing critics, jailing hundreds of political prisoners, wounding thousands of civilians, trafficking drugs and collaborating with the Revolutionary Armed Forces of Colombia, or FARC, which is considered a terrorist organization by the United States," the Times reported.

Last month, Maduro was giving a speech when a drone carrying explosives detonated near the podium. As NPR's Scott Neuman reported, he blamed opposition politicians for the apparent failed assassination attempt.

The country is sinking deeper into crisis. Hyperinflation is rocking the economy and there's a shortage of basic necessities. Tens of thousands of people are fleeing to neighboring countries in light of the increasing desperation.

The Times story will not be greeted warmly among other Latin American countries because of the long history of U.S. intervention in the area, reports NPR's Philip Reeves: "Most oppose Maduro, but recoil at any suggestion of a U.S.-backed coup or military options."