Accessibility links
Les Moonves Out At CBS After Harassment Allegations Moonves has been accused by at least 12 women of sexual misconduct, including forcing women to perform sex acts on him. He claims that he abided by the principle that " 'no' means 'no.' " 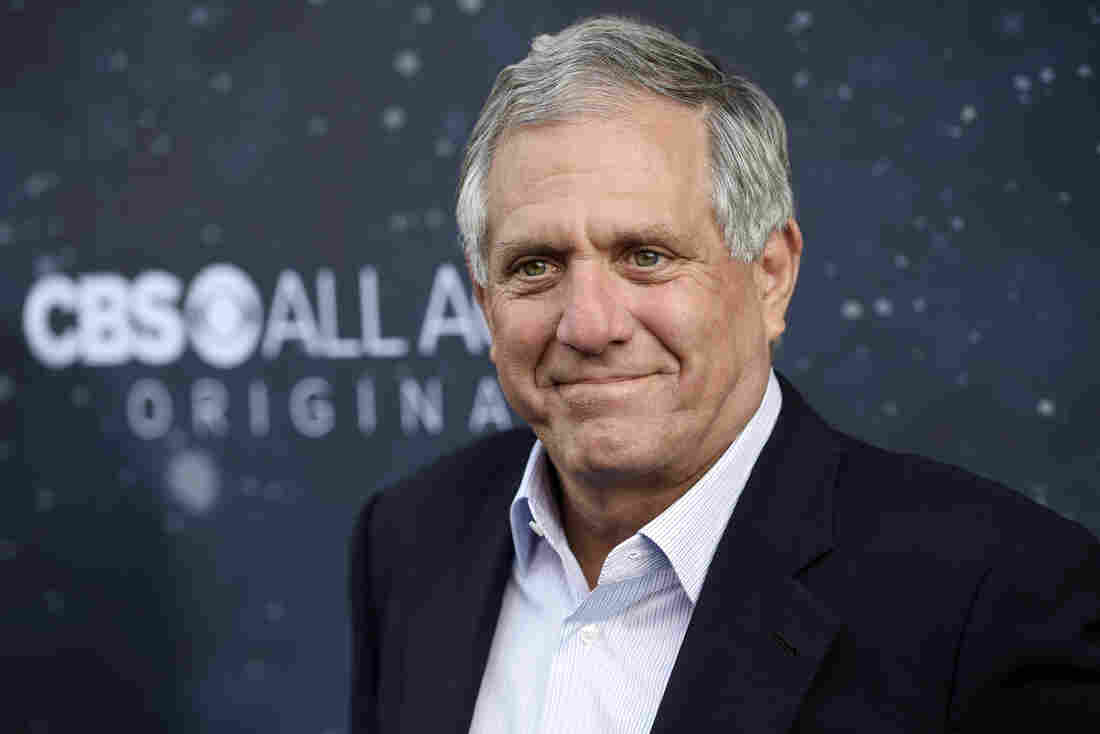 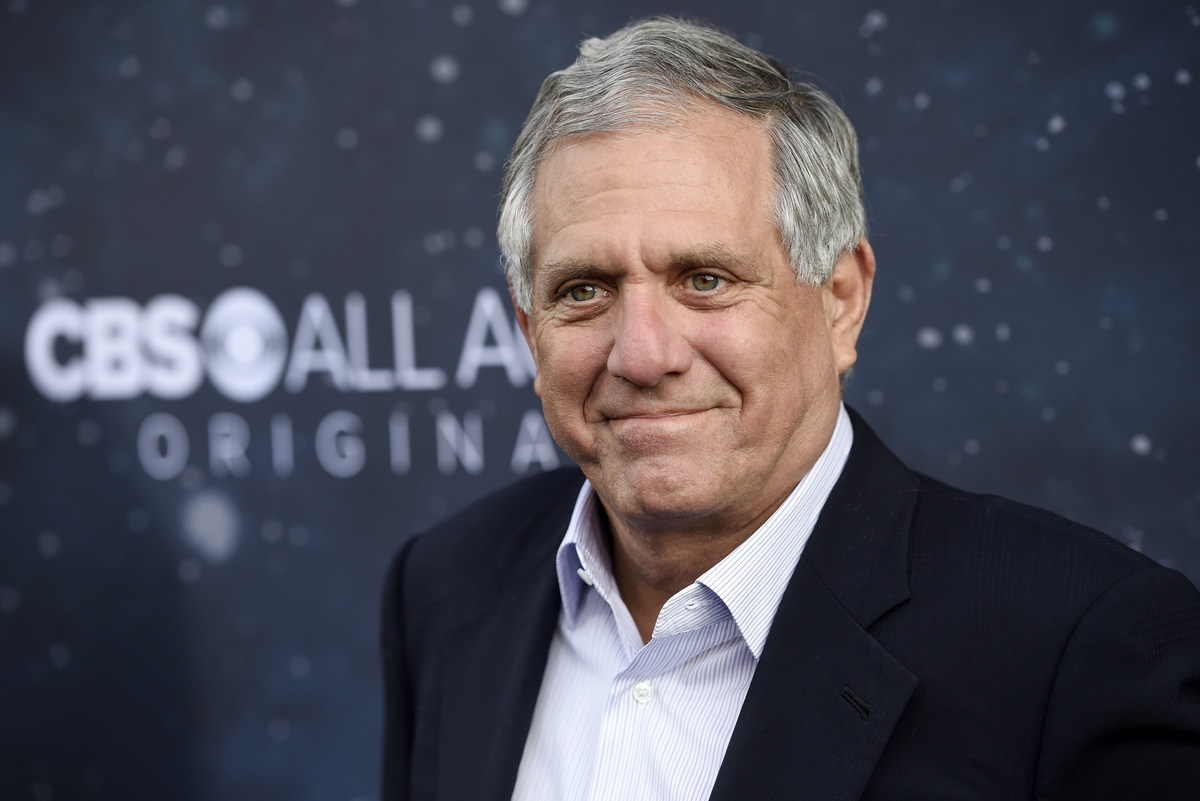 Les Moonves has stepped down as the chairman, president and CEO of CBS Corporation, after 12 women accused him of sexual misconduct that spanned decades in two reports published in The New Yorker.

CBS made the announcement in a statement on Sunday, saying that Moonves' departure was "effective immediately." The company's chief operating officer, Joseph Ianniello, will serve as president and and acting CEO until a permanent replacement is found, according to the statement.

Moonves' departure comes after six new allegations of harassment or assault were published in the magazine over the weekend. He is among the most powerful men to lose their jobs during a wave of allegations of sexual misconduct that are part of the #MeToo movement.

CBS and Moonves will donate $20 million to "one or more organizations" supporting the #MeToo movement and equality for women in the workplace, per the statement. The donation will be deducted from any severance benefits owed to Moonves, CBS said, adding that he will "not receive his severance benefits until the board has completed its independent investigation of his conduct."

It's worth noting that Moonves could still potentially walk away with a significant sum. According to an SEC filing, the company is placing $120 million in a trust that will go to Moonves if the board, after evaluating the results of the investigation, determines that the company "is not entitled to terminate Mr. Moonves' employment for cause."

Moonves will also "perform transition advisory services for the Company for one year," and he will be provided with "office services and security services for up to two years," according to the filing.

This follows earlier reports that Moonves was in the process of negotiating an exit package of some $100 million, apparently not contingent on the investigation's findings.

"One thing that changed radically in the wake of these additional women coming forward is there's no longer this discussion about a $100 million golden parachute," journalist Ronan Farrow, whose reporting for The New Yorker brought the allegations to light, told Morning Edition.

"Whether that will change that culture there, we'll have to see, a lot of these women are waiting for that answer," Farrow said.

Many of the women interviewed for Farrow's articles alleged that Moonves retaliated against them because they rejected his advances.

In one report, four of them "described forcible touching or kissing during business meetings," according to Farrow. The new allegations also include claims of physical violence, including reports of Moonves forcing female colleagues to perform oral sex on him.

Farrow told NPR that when CBS' board appeared to take little action, it was a catalyst for more women to come forward:

"The perception on their part that this board, the board of directors of this company, was not holding this individual accountable even after serial allegations of sexual assault had emerged, was enough for many of them to push them over the edge."

In a statement to the New Yorker, published in July, Moonves said that "there were times decades ago when I may have made some women uncomfortable by making advances. Those were mistakes, and I regret them immensely." He added that he has "always understood and respected — and abided by the principle — that 'no' means 'no,' and I have never misused my position to harm or hinder anyone's career."

The magazine said Moonves acknowledged three of the encounters detailed in the latest report and characterized them as consensual. He again denied harming anyone's career and said he could "only surmise" that the allegations are "part of a concerted effort by others to destroy my name, my reputation, and my career."

CBS shares plunged early Monday following news of Moonves' departure, much as they did when the allegations first surfaced in July. Shortly after the initial news reports, the CBS Board of Directors retained two law firms to conduct an independent investigation into the allegations and, more generally, the culture at CBS. During that time, Moonves continued to lead the company.

In a July interview with All Things Considered, one of Moonves' accusers said that the prospect of a television deal soured after she rebuffed an advance.

Emmy award-winning writer and television producer Dinah Kirgo said she and her sister Julie met with Moonves about a potential television deal in the early 1980s, when Moonves worked at Saul Ilson Productions.

Kirgo said she left feeling "really great after the meeting. You know, it went really well," she told NPR. Moonves then called her that afternoon, she said, and suggested that they get dinner.

"And I said, 'Great, Julie and I would love to have dinner with you.' And he said, 'No, just you and me.' ... And I'm not actually sure what I said in response, but he said, 'Look, you're really expensive and I need to know you're worth it.' "

She said she responded that his wife wouldn't be happy about that, "and the conversation ended, and he went from being very friendly to being really cold."

They didn't speak again after that, she said, and no television deal ever came through. CBS said that Moonves did not recall the incident, according to The New Yorker.

Multiple media organizations have fired or suspended male executives accused of harassment in the past year, including NPR.

The allegations against Moonves surfaced amid a "pitched legal battle" over who will control CBS, as NPR's David Folkenflik has reported. As he explained after the New Yorker's expose in July:

"The controlling owner of CBS is really Shari Redstone. She's the daughter of the patriarch of it who's now a bit out of the picture, Sumner Redstone. But Shari Redstone effectively, through a holding company, National Amusements, has control of CBS and of its former parent company, Viacom. She's been seeking to combine them. Moonves has been such a powerful figure that while chairman and CEO, he's been essentially blocking her with a board that's pretty loyal to him from taking it over."

Sunday's agreement helps resolve the legal battle that grew as Moonves resisted attempts by National Amusements to merge CBS with its sibling company, Viacom. Under the terms of the agreement, six new directors will join the board and National Amusements has agreed not to propose a merger of Viacom and CBS for at least two years.