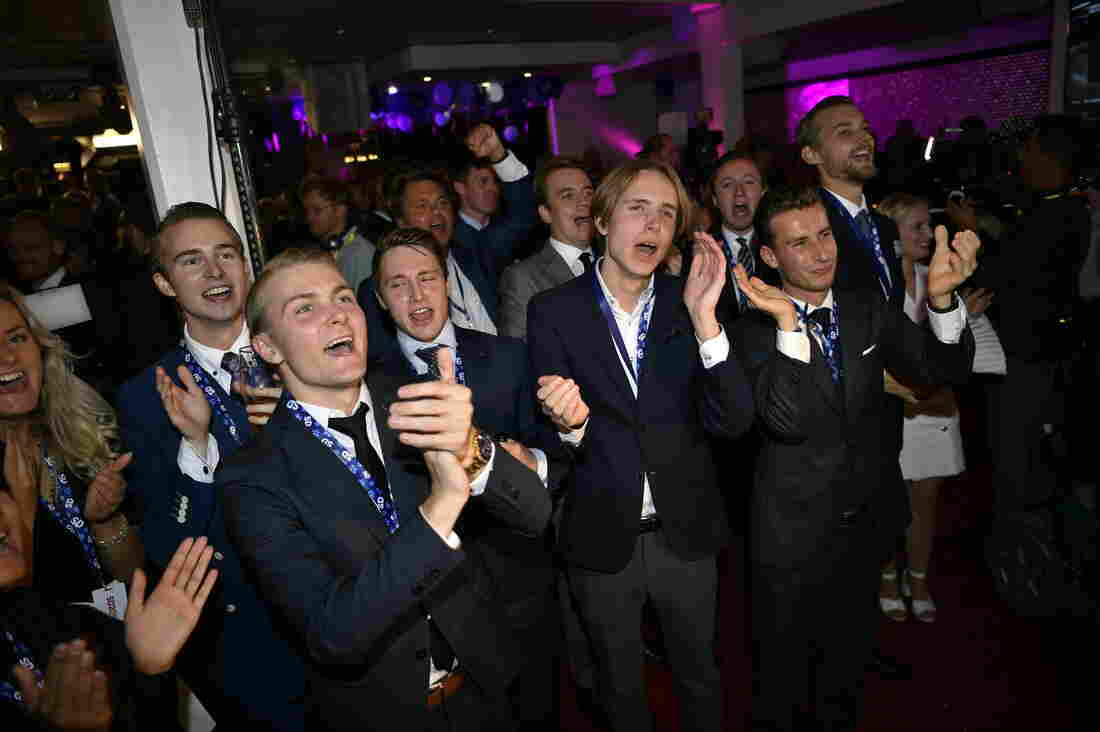 Supporters of the Sweden Democrats react in jubilation during an election night event in Stockholm on Sunday, after an exit poll showed the anti-immigrant party making gains. Mikael Sjoberg/Bloomberg via Getty Images hide caption 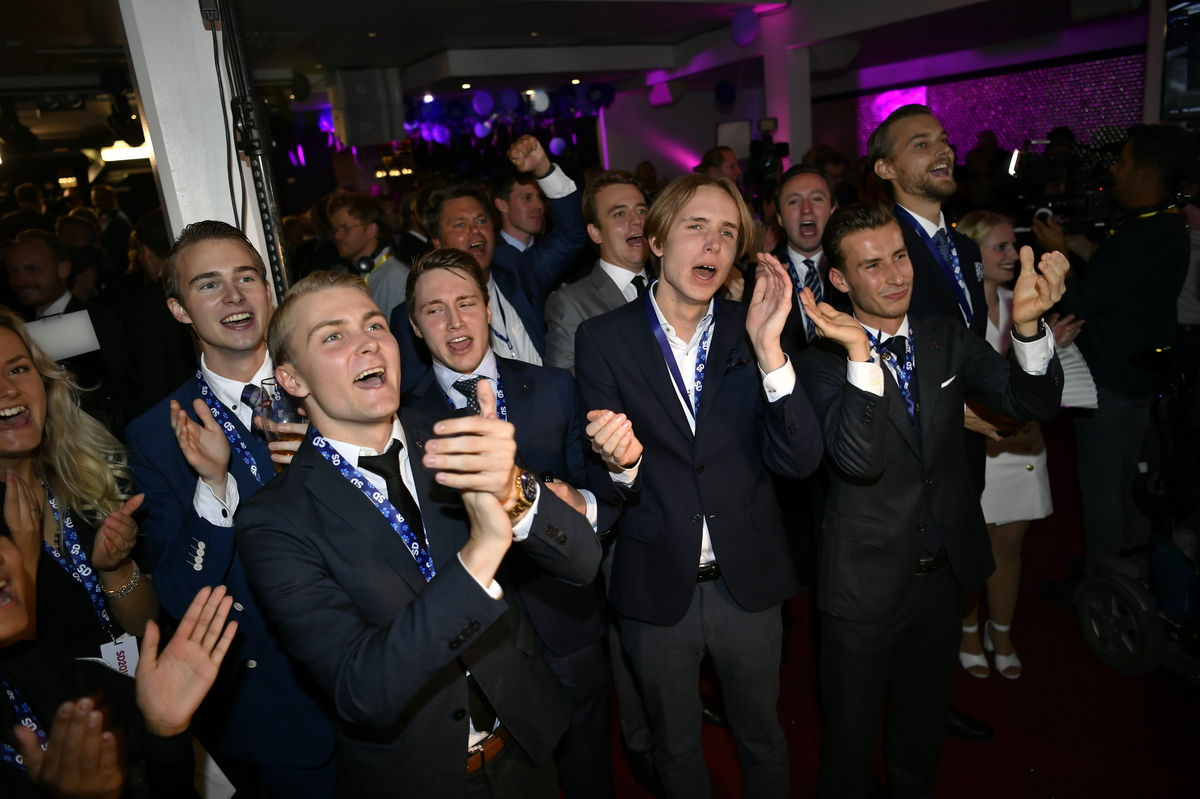 Supporters of the Sweden Democrats react in jubilation during an election night event in Stockholm on Sunday, after an exit poll showed the anti-immigrant party making gains.

A preliminary count in Sweden's general election on Sunday shows a populist, anti-immigrant party making gains in parliament at the expense of the nation's governing center-left coalition.

If results hold, the Sweden Democrats, a nationalist party with neo-Nazi roots, will remain the third-largest party in parliament, handing the governing Social Democrats a stinging setback.

Ahead Of Elections, A Swedish City Reflects The Country's Ambivalence On Immigration

In an interview with NPR's Michel Martin, reporter Maddy Savage says that among the eight parties gunning for seats in parliament, there's historically "a sense of left or a sense of right bloc that's able to form a coalition."

But as Savage notes, that's not the case this year, in an unpredictable election where much of the vote has hinged on voter attitudes on the issue of immigration.

Sweden, recognized for its open-door immigration policy, has long been a destination for refugees. After the country of 10 million took in a record 163,000 migrants in 2015, some Swedes have been rethinking its immigration policies. NPR's Eleanor Beardsley reported, Sweden passed a law in 2016 enforcing all municipalities to accommodate its share of migrants. To curb the flow of migrants entering the country, Sweden implemented identification checks at the Sweden-Denmark border. Sweden also enacted a temporary law to limit the amount of time refugees are allowed to stay in Sweden.

The Sweden Democrats, led by Jimmie Akesson, links the country's rising crime rate to immigration, but official figures can't prove any correlation. As freelance journalist Sidsel Overgaard reported for NPR's Weekend Edition Saturday: "Sweden does not track the ethnicity of perpetrators, so making a connection between immigration and crime is a largely speculative exercise."

Akesson told supporters on Sunday that the projected 63 seats his party would clinch in the 349-seat parliament is a victory. "No one can take that away from us," he said, according to The Guardian.

"He said he was interested in cooperating with the other parties, and wanted to tell the Moderates in particular 'how to govern the country ... We strengthen our kingmaker role. We will will have an immense influence over what happens in Sweden in the coming weeks, months, years.' "

For their part, both major blocs are strongly against normalizing relations with the far-right party. Instead, Moderates leader Ulf Kristersson told supporters on Sunday night that a four-party opposition alliance "is clearly the largest," reports The Washington Post, and that Prime Minister Stefan Lofven, leader of the ruling Social Democrats, should resign after a disappointing showing.

In response, Lofven said he plans to remain in his position, the Post reports. The prime minister said "the results are still unclear," but that mainstream parties now have a "moral responsibility" to form the next government.

The anti-immigrant Sweden Democrats, don't have anything to offer except "hatred," Lofven said.