Accessibility links
Ken Starr: 'Eerie Echoes' Between Lewinsky Probe And Mueller Investigation Of Trump The man who nearly brought down President Bill Clinton over the Monica Lewinsky scandal in the late 1990s says he doesn't approve of the way President Trump has disparaged the special counsel. 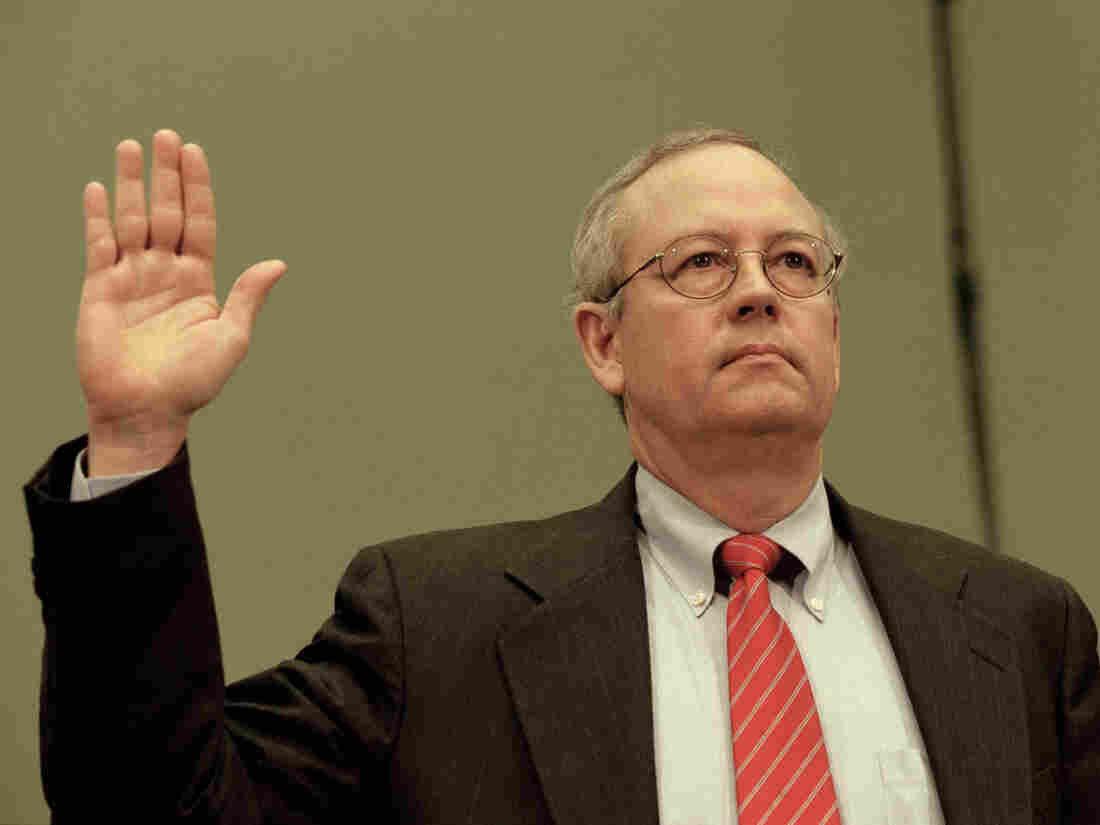 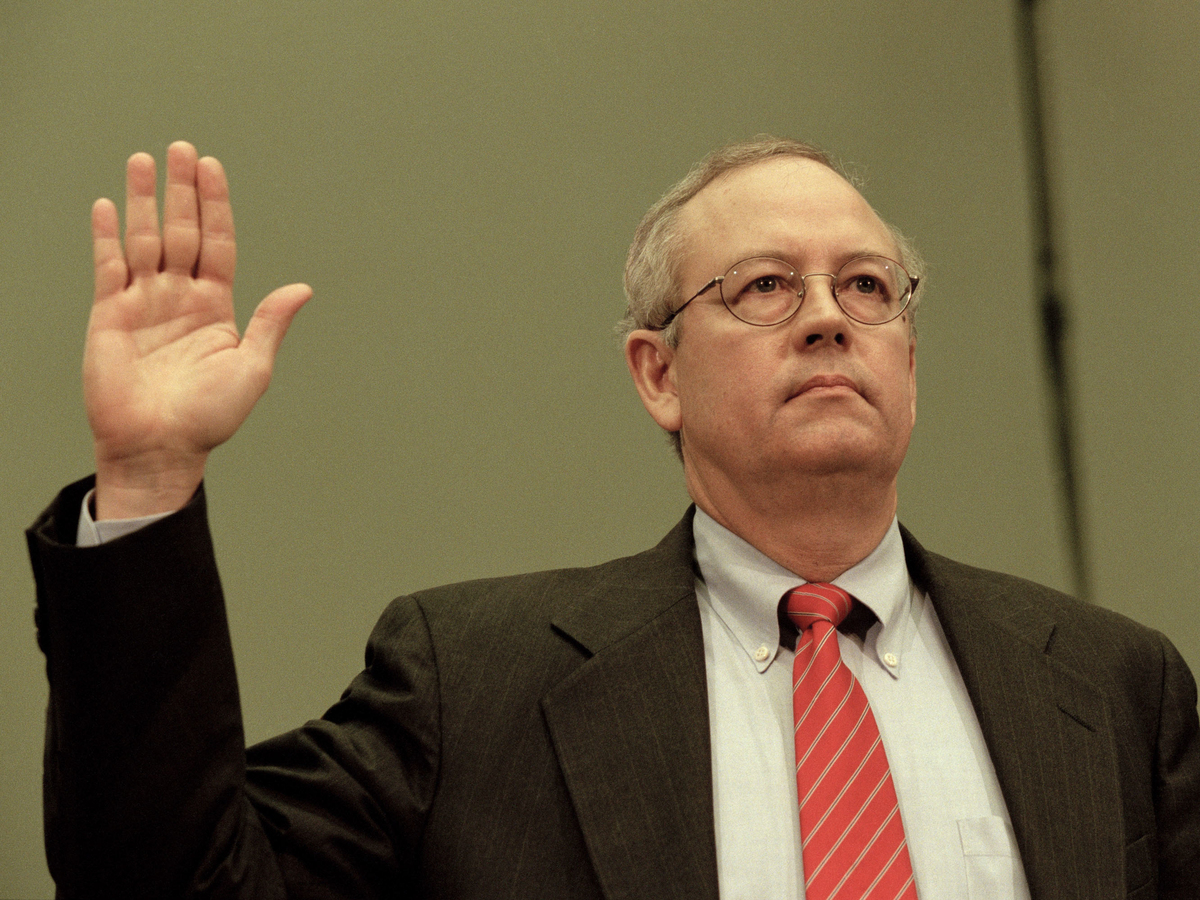 Independent counsel Kenneth Starr testifies before the House Judicial Committee on Nov. 19, 1998. He alleged that then-President Clinton engaged in "an unlawful effort to thwart the judicial process."

Kenneth Starr, the independent counsel whose recommendations led to the 1998 impeachment of then-President Bill Clinton, tells NPR that "eerie echoes" of his probe two decades ago can be heard in the current investigation of President Trump.

Starr, who is promoting a new book about his 4 1/2-year investigation of Clinton titled Contempt: A Memoir of the Clinton Investigation — also told Morning Edition host Steve Inskeep that he doesn't approve of Trump's public disparagement of special counsel Robert Mueller and Attorney General Jeff Sessions.

"The comparisons will be intriguing as we proceed because there are eerie echoes to what happened 20 years ago," Starr says, referring to Mueller's investigation of possible collusion between the Trump campaign and Russia.

Starr's investigation was charged initially with looking into a failed Arkansas real-estate deal known as Whitewater, on which the Clintons lost money, as well as the collapse of a savings-and-loan in the state. However, the investigation expanded before ultimately focusing on an affair between the president and a young White House intern, Monica Lewinsky.

It was charges relating to the Lewinsky affair — including lying under oath and obstruction of justice --- on which Clinton was impeached by the House but later acquitted by the Senate.

Asked about the president's numerous tweets that "publicly run down the special counsel," Starr says he thinks they are "inconsistent with the rule of law."

In Contempt, Starr describes the Clintons as "fundamentally dishonest." Asked about Trump's track record of honesty, Starr says he's "not going to opine on the president."

Starr writes that Clinton-era Attorney General Janet Reno failed to publicly support his work as independent counsel, but as Inskeep points out, she didn't "publicly trash" his work, as Trump has with Sessions.

"I think it's wrong. The president shouldn't be doing that, and I have condemned it in an op-ed piece in The Washington Post," Starr says.