Accessibility links
Judge Orders Gag, Chides Prosecutors In Case Of Accused Russian Agent Butina Judge Tanya Chutkan said both prosecutors and the defense had gone too far in their statements. She declined to release Maria Butina from pretrial confinement. 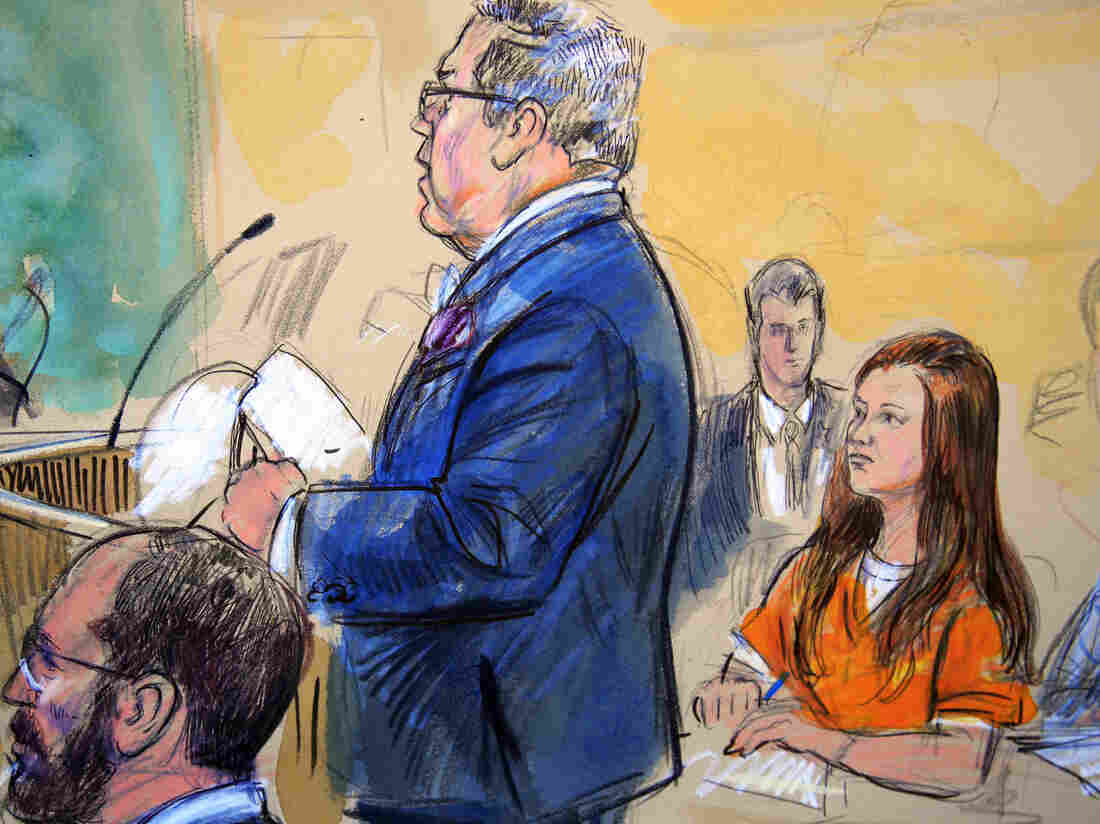 Attorneys for Maria Butina, seen in this July sketch, say the government "smeared" her with salacious allegations — ones it now has, in fact, walked back. Dana Verkouteren/AP hide caption 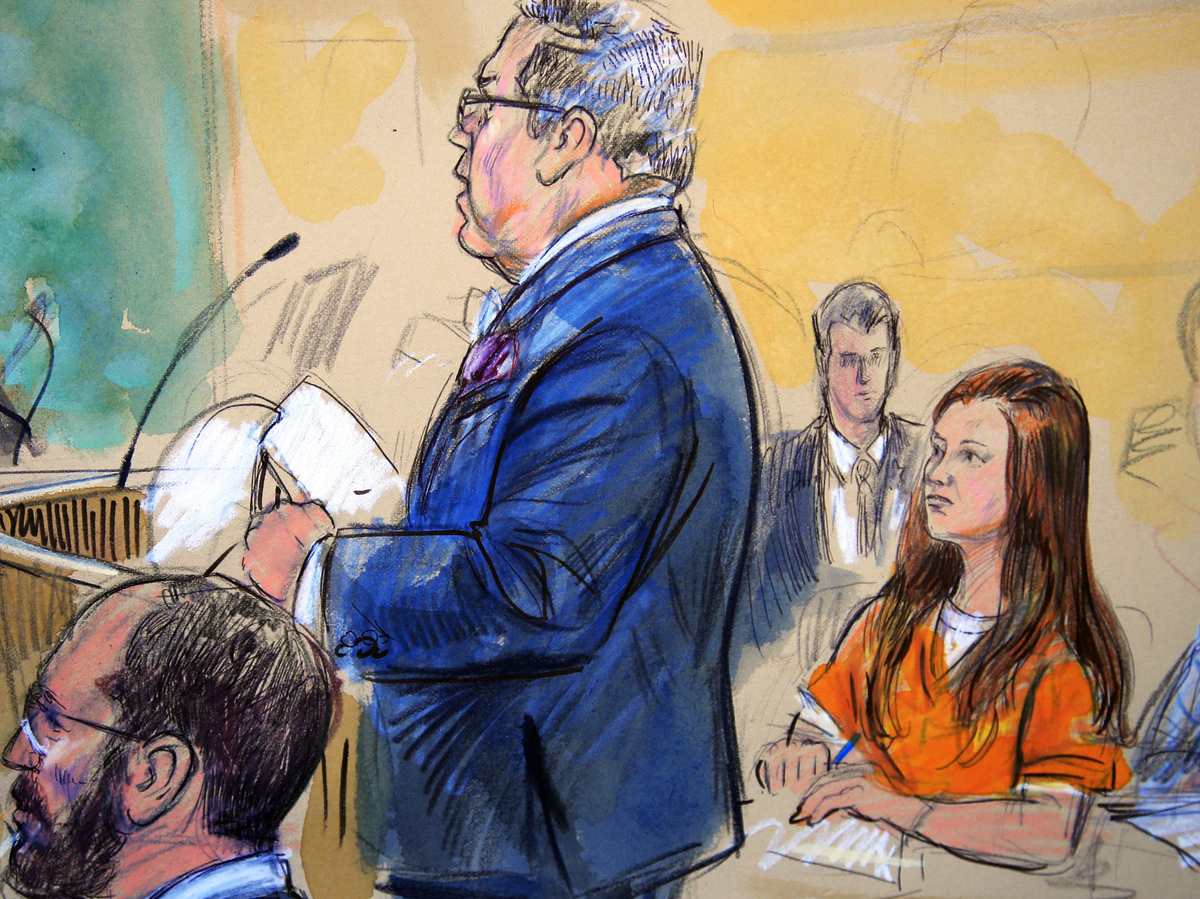 Attorneys for Maria Butina, seen in this July sketch, say the government "smeared" her with salacious allegations — ones it now has, in fact, walked back.

A federal judge has imposed a gag order in the case of accused Russian agent Maria Butina after concluding her defense lawyer "overstepped" the line in a series of news media interviews.

But the judge also had a warning for prosecutors in the case, who recently acknowledged they had misinterpreted messages between Butina and a friend to make the false claim that she was trying to trade sex for a job.

Actually, as Butina's lawyer has argued, it was a lighthearted exchange.

"It took me approximately five minutes to read those emails and tell that they were jokes," Chutkan said. "It was apparent on its face."

Chutkan said she was "concerned" that officials at the U.S. Attorney's Office in Washington, D.C., and the Justice Department would read the exchanges and somehow find otherwise.

Those allegations generated sensational headlines, spikes of traffic online and comparisons between Butina and the recent film "Red Sparrow," in which Russian operatives exploit their feminine wiles to get information.

Butina sat impassively throughout most of the 30-minute hearing, wearing a green Alexandria, Va., jail shirt and pants, squeezing her hand into a fist. Her attorneys brought her a change of clothes in a dark garment bag in the event she won release.

Two representatives from the Russian Consulate attended the proceeding but declined comment when reporters approached.

Prosecutors have pointed out the Russian government has visited Butina a half-dozen times since her incarceration in mid-July and that Foreign Minister Sergey Lavrov twice spoke with his U.S. counterpart, Secretary of State Mike Pompeo, about her case.

Tale as old as time

Butina's lawyer Robert Driscoll has accused the Justice Department of overhyping the case.

Butina's boyfriend, Paul Erickson, contacted members of Donald Trump's campaign in 2016 under the auspices of the National Rifle Association and offered to arrange back-channel contacts with the Russian government.

In court documents, prosecutors have described Butina's relationship with him as purely mercenary and described complaints she made, but Driscoll has sought to portray the couple as in the midst of a genuine romance.

He went so far as to provide ABC News with a videotape of the pair singing along to the theme song from Beauty and the Beast.

Chutkan wasn't amused by those accounts on Monday.

"I'm not sure what on earth their relevance is to Ms. Butina's risk of flight," she chided.

She went on to tell Driscoll that Washington, D.C., covers a relatively small jury pool, one that could be influenced by his remarks.

"There comes a point where your work defending this client needs to happen in this courtroom and not on the public airwaves," she said. Accordingly, the judge ordered both parties in the case to stop talking about it in public.

Undaunted, defense lawyers signaled they would file motions to dismiss the case and other briefs in the coming weeks.

Butina's legal team said it had taken issue with some of the government's translations, citing "discrepancies" that may require a "referee." The judge said she was willing to help iron out any differences in the hundreds of thousands of pages of paper and electronic material in the case.