Accessibility links
Eureka! Mother Lode Of Gold Found In Australian Mine "I nearly fell over looking at it ... we were picking it up for hours," said the miner who found the gold. The huge amount of the precious metal is worth millions of dollars.

Eureka! Mother Lode Of Gold Found In Australian Mine

Eureka! Mother Lode Of Gold Found In Australian Mine 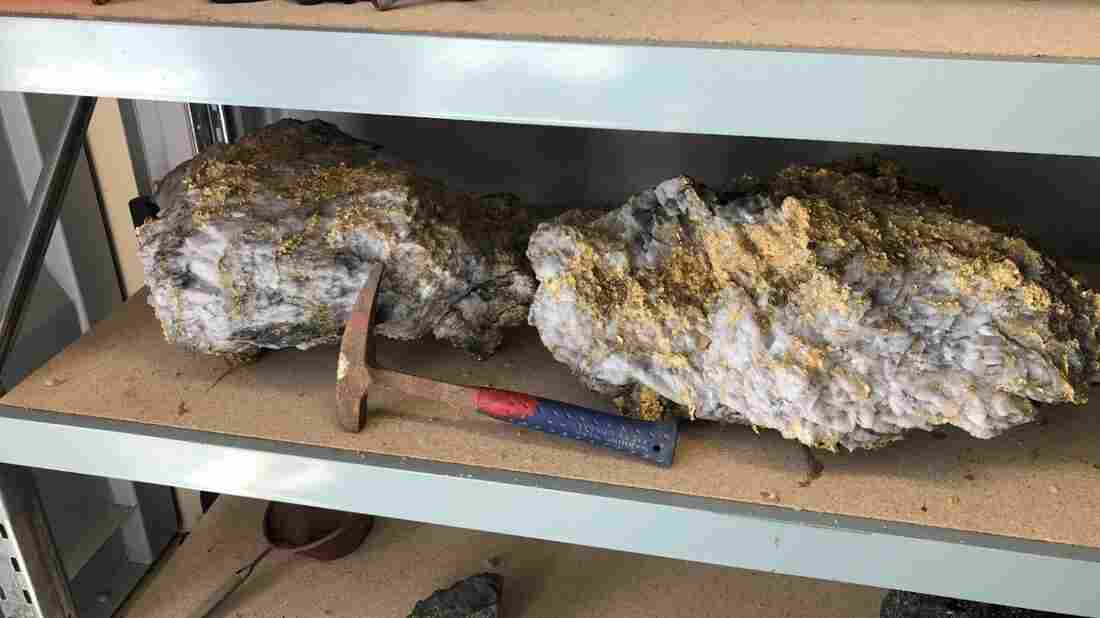 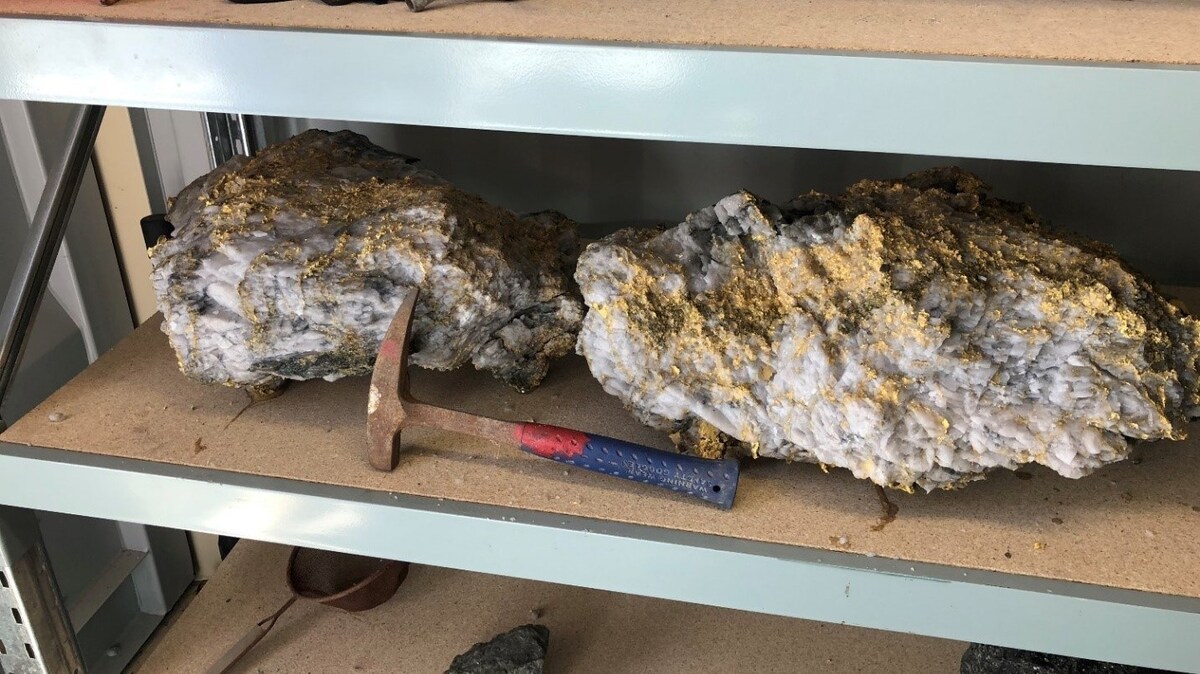 Two of the largest specimens containing gold recovered from the Beta Hunt Mine.

Miner Henry Dole was in for a shock when he went into the Beta Hunt mine in southwestern Australia after the workers set off some explosives.

"Everything was covered in dust, and as I watered the dirt down there was just gold everywhere, as far as you could see," he told Australia's ABC News. "There was chunks of gold in the face, on the ground, truly unique I reckon. ... I nearly fell over looking at it ... we were picking it up for hours."

That was just the beginning. The Canadian mine owner RNC Minerals says the find, from a single cut in the mine, includes about 9,250 ounces of high grade gold. At today's gold price, that's worth some $11 million.

The amount of gold found is impressive – but so is the sheer size of the stones. One of them weighs in at more than 200 pounds, and contains about 2,440 ounces of gold. According to ABC, it "took three men to lift it onto the back of a ute," or utility vehicle.

Another large piece weighs nearly 140 pounds and contains about 1,620 ounces of gold.

"This is a spectacular discovery — possibly the find of the century in the Australian Gold Fields," Ross Large, professor of geology at University of Tasmania, told the Financial Times. "This is the sort of find that you would associate with the 1860s Gold Rush and will probably cause a boom in exploration."

Mining experts say it's unusual to find so many large chunks of the shiny stuff.

"People do still record finding nuggets in the goldfields, but typically they are less than several ounces," Sam Spearing, director of the Western Australia School of Mines at Curtin University, told the BBC. "Very, very seldom do we see results on that level. This is an exceedingly rare find and very exciting."

It's more typical to find pieces so small that you need a microscope to see them, Spearing told the broadcaster.

This find is especially surprising because this particular mine has not actually focused on gold mining – historically, its main metal is nickel. RNC says it is the first company to start drilling deeper in the area to look for gold.

The company adds that there's a zone in the rock which, "under the right conditions, allow large gold crystal growth and extremely high-grade gold deposition."

Dozens Of Gold Bars Reportedly Fell From An Airplane In Siberia

The discovery of so much valuable material has prompted RNC to boost security, and ABC says "armed guards have been transporting the gold to a secure vault." The company is also video surveilling the workers, according to ABC.

The gold has been transferred to the Perth Mint, according to the company. But RNC president Mark Selby told ABC that some of the largest stones will be auctioned off separately. "There's a pretty select group of collectors who this would appeal to," he said.

As the Financial Times noted, Australia has been the site of other extremely notable gold nuggets.

One found in 1869 and known as "Welcome Stranger" is, at some 145 pounds, among the world's largest gold nuggets. According to Museums Victoria, it "had to be broken on an anvil before it could fit on the bank's scales."