Accessibility links
U.S. Stands By Saudi Arabia, Despite Criticism Over Civilian Casualties In Yemen The Saudi-led coalition has bombed markets, weddings and even a bus carrying kids during its three year campaign against Shiite Houthi rebels. The U.S. supports the coalition. 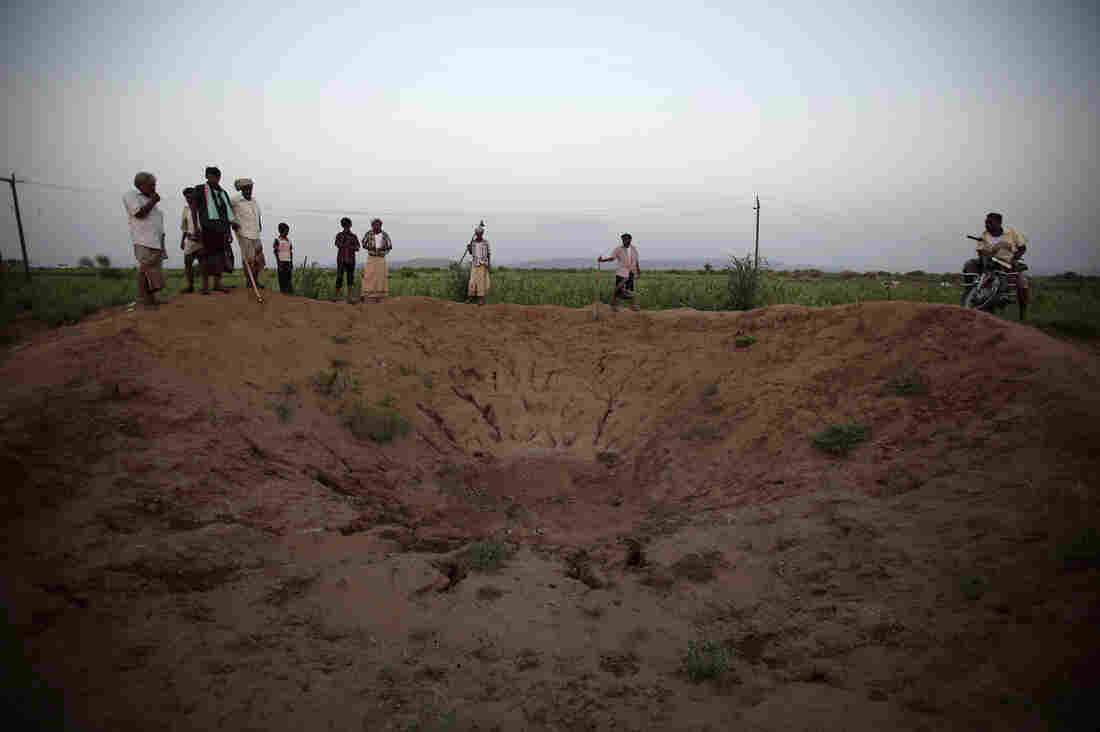 In the air campaign by Saudi Arabia and its allies against Yemen's Shiite rebels, rights experts say there has been a pattern by the Saudi-led coalition of failing to distinguish between civilian and military targets and disregarding the likelihood of civilian casualties. Hani Mohammed/AP hide caption 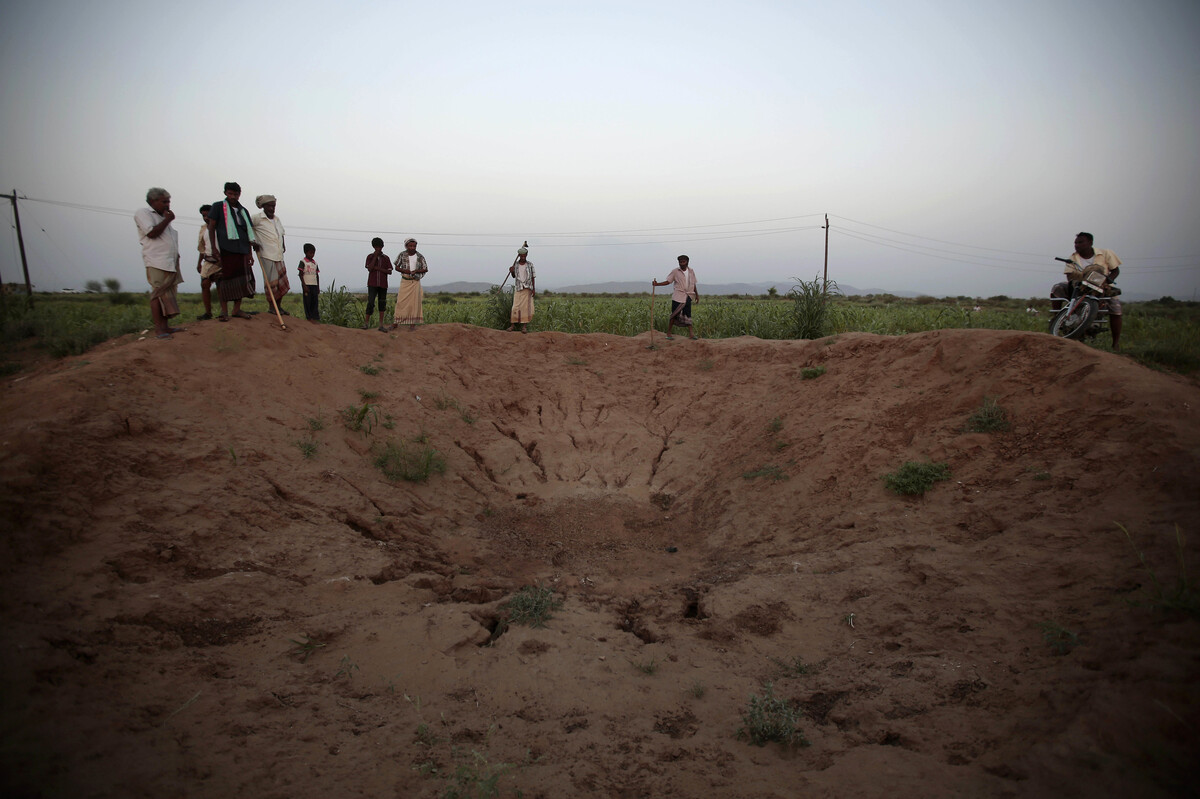 In the air campaign by Saudi Arabia and its allies against Yemen's Shiite rebels, rights experts say there has been a pattern by the Saudi-led coalition of failing to distinguish between civilian and military targets and disregarding the likelihood of civilian casualties.

Human rights groups have repeatedly accused a Saudi-led coalition of causing disproportionate civilian deaths in the Yemen conflict because of airstrikes that have hit markets, weddings and even a bus carrying children from summer camp.

On Tuesday, the Trump administration signaled that it remains firmly behind the coalition: Secretary of State Mike Pompeo certified to Congress that "the governments of Saudi Arabia and United Arab Emirates are undertaking demonstrable actions to reduce the risk of harm to civilians and civilian infrastructure resulting from military operations of these governments.

As Reuters reported, "U.S. lawmakers, concerned about a growing humanitarian crisis, included a measure in this year's defense spending bill that required Pompeo to certify by Wednesday whether Saudis and UAE were taking meaningful measures to reduce civilian casualties and allow humanitarian aid."

Pompeo's move drew swift criticism from rights groups and charities such as Oxfam.

"Today, the Trump administration once put its Gulf allies ahead of Yemeni families who are struggling to survive," Oxfam America's Humanitarian Policy Lead Scott Paul said in a statement.

"With Secretary Pompeo's certification, the State Department demonstrated that it is blindly supporting military operations in Yemen without any allegiance to facts, moral code or humanitarian law," Paul said. He accused the U.S. of "literally fueling the world's largest humanitarian crisis."

Pompeo said that the Trump administration is prioritizing ending the conflict and is working with Saudi Arabia and the UAE to ensure that they "maintain support for UN-led efforts to end the civil war in Yemen."

Reuters noted that "the Pentagon believes that its assistance, which includes refueling coalition jets and training in targeting, helps reduce civilian casualties."

In an op-ed published Tuesday in The Washington Post, Senators Jeanne Shaheen (D-NH) and Todd Young (R-IN) called on the U.S. to "use our leverage to press all parties to end the civil war, protect civilians, and provide full and unfettered humanitarian access."

After the certification, Shaheen said: "We need to hold our allies to a higher standard and, unfortunately, this certification fails in that regard. ... it is evident that the administration is deliberately sidestepping congressional oversight."

The Saudi-led coalition has been bombing Yemen for more than three years in support of reinstating the internationally recognized government, which was pushed out by Shiite Houthi rebels.

At least 6,660 civilians have been killed since the bombing campaign started in March 2015, according to the United Nations human rights office. The Houthis have also been criticized for hitting civilians, though the U.N. says "coalition air strikes have caused most of the documented casualties."

"There is little evidence of any attempt by parties to the conflict to minimize civilian casualties," Kamel Jendoubi, chairperson of the U.N.'s Group of International and Regional Eminent Experts on Yemen, said in a statement.

A recent report by Human Rights Watch said the coalition "did not appear to consider whether the attack was lawfully proportionate or if precautions taken were adequate," and "downplayed damage to civilian structures, contradicting physical evidence." It said that some of the coalition's strikes "show evidence of war crimes."

"The coalition's continuing unlawful airstrikes and failure to adequately investigate alleged violations puts weapons' suppliers to the coalition – including the United States, the United Kingdom, and France – at risk of complicity in future unlawful attacks," the rights group said.

The United Nations has also leveled sharp criticism at the coalition recently for strikes that killed children.

Last month, an airstrike from the coalition in the Houthi stronghold of Sa'ada hit a bus carrying children. A statement from the U.N. Secretary-General's office condemned the strike where "scores of people were killed and injured, the majority of them children between 10 and 13 years old."

According to CNN, the bomb that hit the bus was U.S.-made.