Accessibility links
Planned Parenthood's Next President Will Be Leana Wen Leana Wen was an ER physician before she became the city's health commissioner. In her new role, she will be the first doctor in nearly 50 years to lead Planned Parenthood. 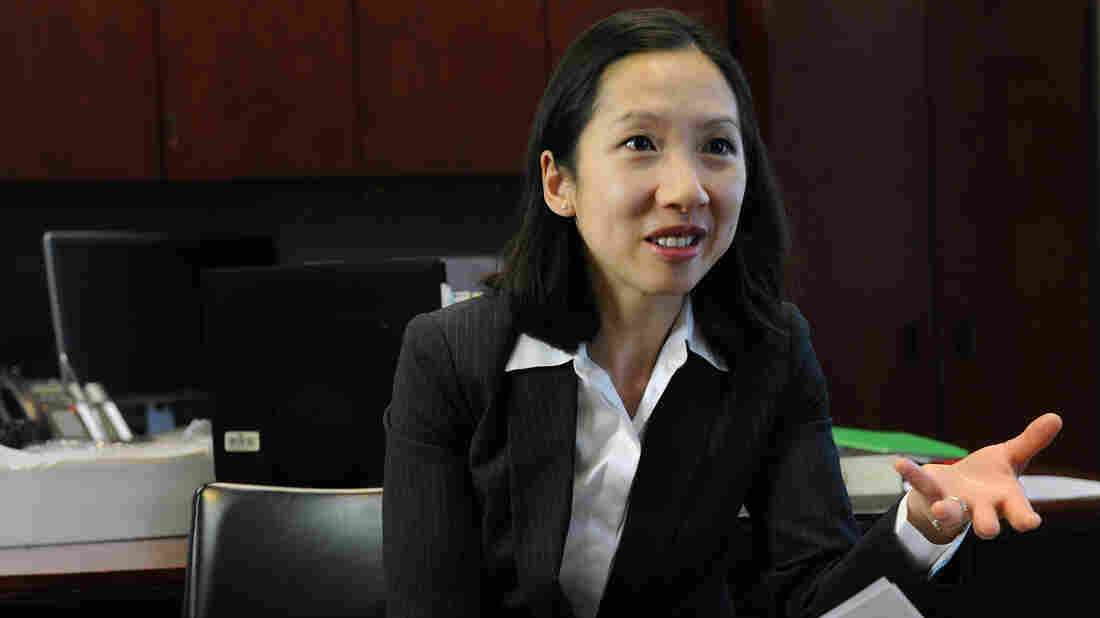 Dr. Leana Wen, health commissioner for the Baltimore City Health Department, talks about the effectiveness of contraception for public school students in 2015. Wen will be the new head of Planned Parenthood Federation of America. Kim Hairston/Baltimore Sun/TNS via Getty Images hide caption 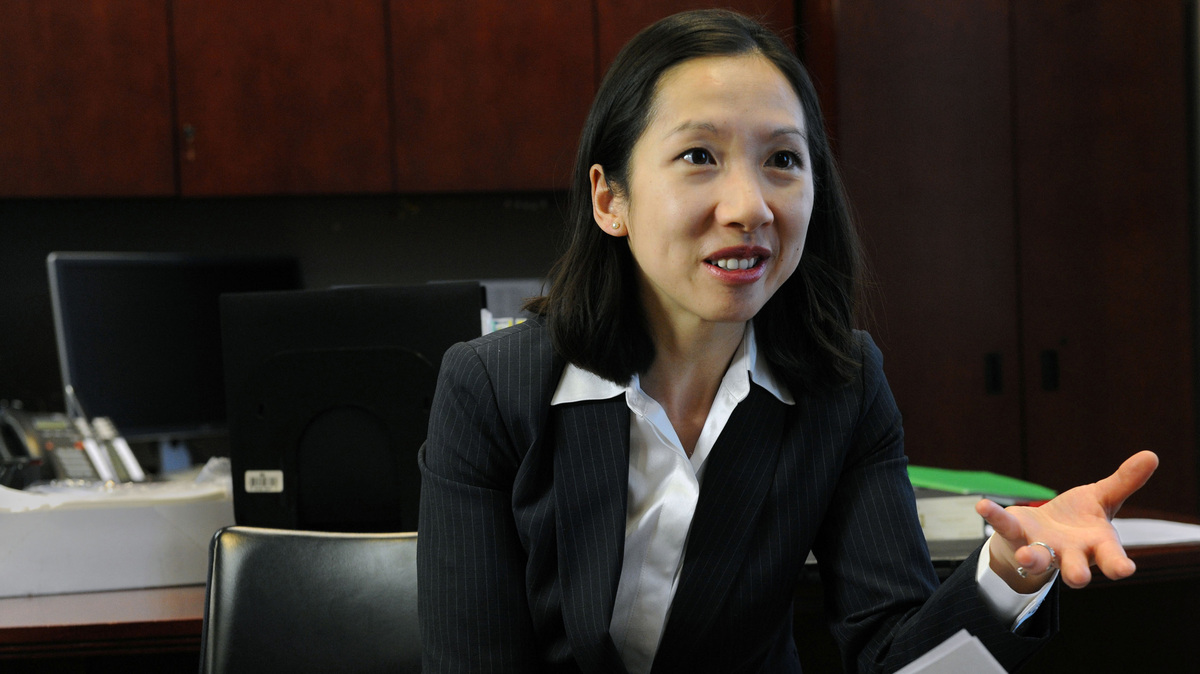 Dr. Leana Wen, health commissioner for the Baltimore City Health Department, talks about the effectiveness of contraception for public school students in 2015. Wen will be the new head of Planned Parenthood Federation of America.

Dr. Leana Wen, the health commissioner for the city of Baltimore, has been named the new president of Planned Parenthood Federation of America.

It will be the first time in nearly five decades that a doctor is the head of Planned Parenthood, according to the organization. She's replacing longtime President Cecile Richards, who announced in January that she would be stepping down.

Dr. Leana Wen On Her Appointment As Planned Parenthood's President

Wen was an emergency room physician before she transitioned to the world of public health. She will continue to serve as Baltimore's health commissioner for one month before she departs, according to a statement from the city.

In her new role, Wen will also be the president of Planned Parenthood's advocacy arm, which lobbies for reproductive health issues, including wider access to abortion.

In a video released by Planned Parenthood, Wen describes how when she was a child, her family immigrated to the U.S. from China. The new arrivals relied on Medicaid, food stamps — and medical care from Planned Parenthood.

Then she shared a personal story from her medical career.

"In the ER I saw what happens every day when people don't have access to the basic right to health care," Wen said. "I remember seeing a young woman lying on a stretcher, pulseless and unresponsive, because of a home abortion — because she was too scared to seek medical care.

"I did everything I could to resuscitate her, but she died."

Wen says in the video that she "wanted to fight for our most vulnerable individuals on a bigger scale," which is why she decided to become Baltimore's health commissioner.

Wen, who has been a contributor to NPR's health blog for more than five years, once wrote about that choice to leave clinical practice behind:

"Policy decisions that affect everyday life are the ones that can do the most for people's health. For all the billions of dollars invested in new technologies, it's still our environment — indeed, our zip codes — that predicts more about our health than our genetic codes. Where people live, work and play is where we can do the most to prevent disease and ensure wellness. ...

"The move from academia and daily medical practice to city government presents a daunting challenge, but it's one that I have spent my entire life preparing to face. Given where I come from and what I've seen, I just can't accept geography or circumstance as destiny."

"A core principle in public health is to go where the need is," Wen wrote in a statement released by Baltimore. "The single biggest public health catastrophe of our time is the threat to women's health and the health of our most vulnerable communities."

"I have seen firsthand the lifesaving work it does for our most vulnerable communities. As a doctor, I will ensure we continue to provide high-quality health care, including the full range of reproductive care, and will fight to protect the access of millions of patients who rely on Planned Parenthood."

NPR's All Things Considered followed Wen's work as health commissioner for a monthslong series about health issues in Baltimore.

At the end of that series, Wen told NPR's Audie Cornish what she'd learned on the job.

"I've learned that I like a fight," she said. As a doctor, trying to save lives, and as health commissioner, trying to advance legislation, change public perceptions and start new programs.

"I like a fight, and I'm good at it, and that is what motivates me," she said.

As the new head of Planned Parenthood, Wen will certainly find no shortage of fights.

"With the makeup of the Supreme Court changing, a lot of abortion rights opponents are hoping to restrict abortion, hoping that more severe abortion restrictions could hold up under a newly configured court — especially if Judge Brett Kavanaugh is indeed confirmed to the court, as he's expected to be very soon," McCammon says.

As McCammon wrote in January, Planned Parenthood "has long been a lightning rod for criticism from abortion-rights opponents, who've made cutting public funding for the group a major priority."

McCammon notes that federal funds generally cannot pay for abortions, but Planned Parenthood receives public money to cover the other services its clinics provide, such as birth control and cancer screenings.

President Trump made a campaign promise to "defund" Planned Parenthood, which he has pursued both through Congress and through executive branch rule-making. He's proposed allowing federal family planning funds to go to groups that oppose contraception.

Planned Parenthood has sued the Trump administration over cuts in sex education funding and shifts in family planning funding.

As commissioner, Wen notes in the Planned Parenthood video, she helped sue the Trump administration to preserve funding for Baltimore's sex education programs.

Wen and her husband have a 1-year-old son.

While she was pregnant, Wen wrote for NPR about the astronomical cost of pregnancy and childbirth for women who don't have insurance. Her most recent commentary was about the importance of supporting nursing moms.

The president of the antiabortion group Susan B. Anthony List, Marjorie Dannenfelser, released a statement saying, "Planned Parenthood's selection of a doctor to be their next president is an opportunity to clean up their sorry record."