Accessibility links
New Apple Watch To Detect Abnormal Heartbeats The focus heading into Apple's event was on its new iPhones, but it also unveiled a redesigned Apple Watch with a sensor allowing users to take an electrocardiogram they can share with their doctor. 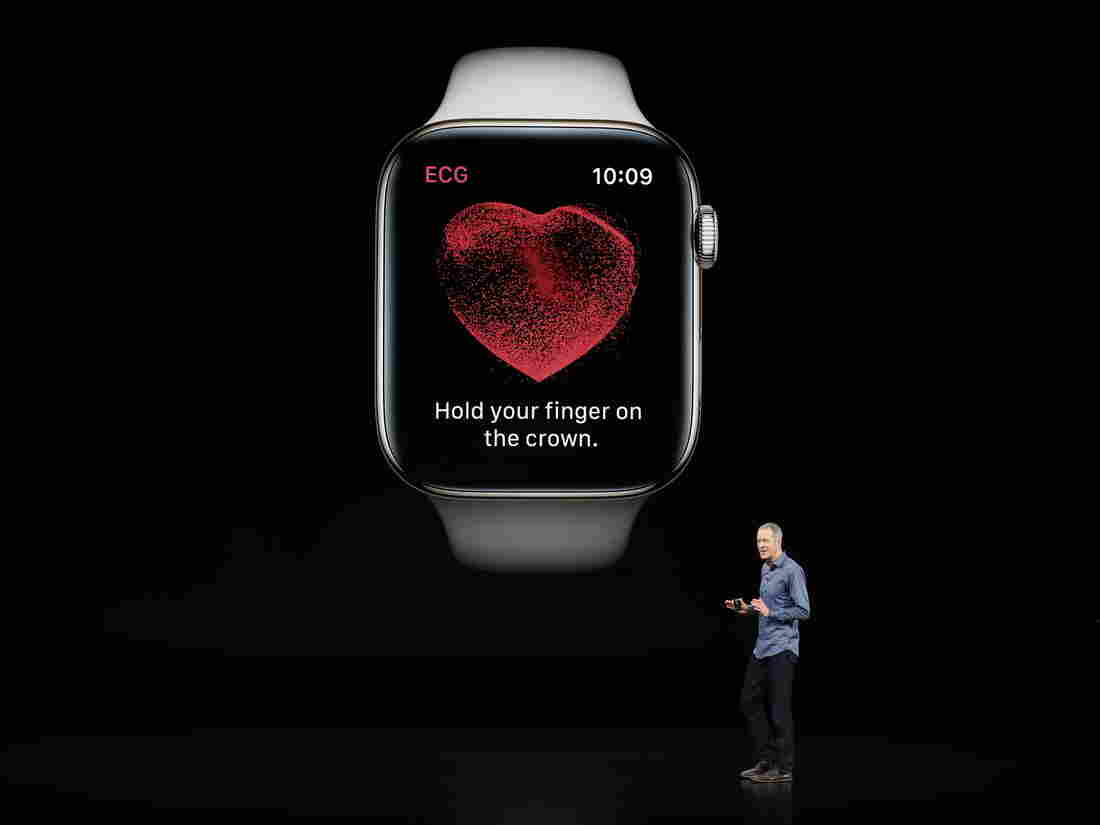 Jeff Williams, Apple's chief operating officer, speaks about the new Apple Watch Series 4 at the company's product-launch event in Cupertino, Calif., on Wednesday. The new Watch includes a sensor allowing users to take an electrocardiogram they can share with their doctor. Stephen Lam/Reuters hide caption 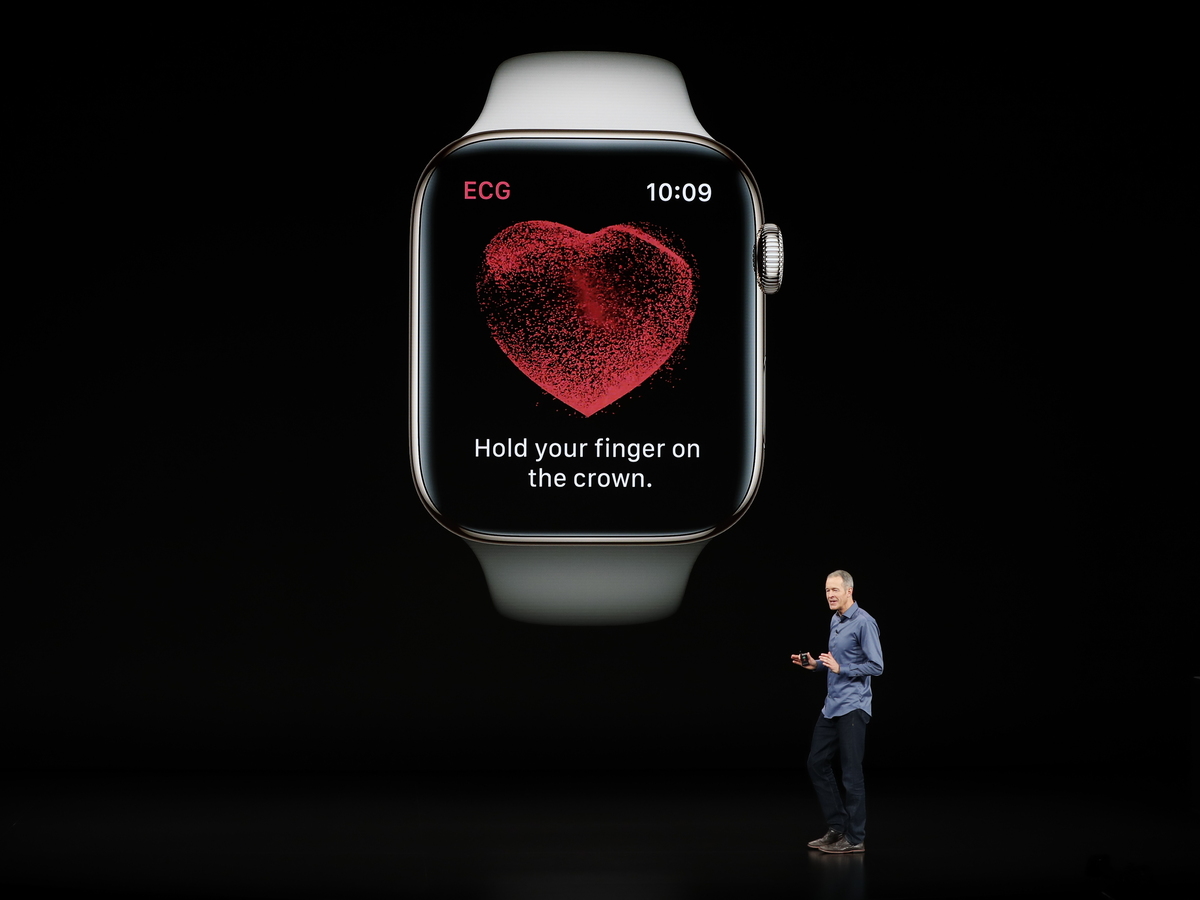 Jeff Williams, Apple's chief operating officer, speaks about the new Apple Watch Series 4 at the company's product-launch event in Cupertino, Calif., on Wednesday. The new Watch includes a sensor allowing users to take an electrocardiogram they can share with their doctor.

A new Apple Watch and software with advanced heart-monitoring capabilities could boost the detection of abnormal heartbeats in millions of people, but it could also raise the chance of false positives, a cardiologist and researcher says.

Apple unveiled three new iPhones, including two with bigger displays, but perhaps the more dramatic announcement from Cupertino, Calif., on Wednesday was its new Apple Watch, with the new health-related tools.

The Apple Watch Series 4 will let users take an electrocardiogram, or ECG, and share it with their doctor.

Apple said it's the first ECG product offered over the counter directly to consumers.

Such heart data is important for some people because they could be at risk for a stroke. However, it could also increase the chance of false positives, Dr. Eric Topol, a cardiologist with the Scripps Research Institute, told NPR.

"It's definitely going to expand the detection," he said. "A lot of people have [abnormal heart rhythms] who don't have the symptoms. There are a lot of unknowns here."

Jeff Williams, Apple's chief operating officer, said the watch has "become an intelligent guardian for your health." He said Apple has received clearance from the Food and Drug Administration for its new ECG app, and that the data will be protected by encryption on the Watch and in the cloud.

Appearing at the Apple event, Dr. Ivor Benjamin, president of the American Heart Association, called the heart-monitoring features "game changing," especially the ability to detect an irregular heart rhythm, known as atrial fibrillation. He said it will help patients share information about their symptoms with their physicians, not just when they're in the doctor's office.

Another new feature on the Apple Watch will detect when a user has fallen, and the device will automatically generate an alert to initiate a call to emergency services. If the user is immobile for more than a minute after the notification, the watch can automatically call for help "and send a message along with location to emergency contacts," Apple says.

As Health Apps Hop On The Apple Watch, Privacy Will Be Key