Accessibility links
Myanmar's Suu Kyi: Rohingya Situation 'Could Have Been Handled Better' Aung San Suu Kyi, who won the 1991 Nobel Peace Prize, has come under intense international criticism for her muted response to the army's campaign of terror against the Muslim minority.

Myanmar's Suu Kyi: Rohingya Situation 'Could Have Been Handled Better'

Myanmar's Suu Kyi: Rohingya Situation 'Could Have Been Handled Better' 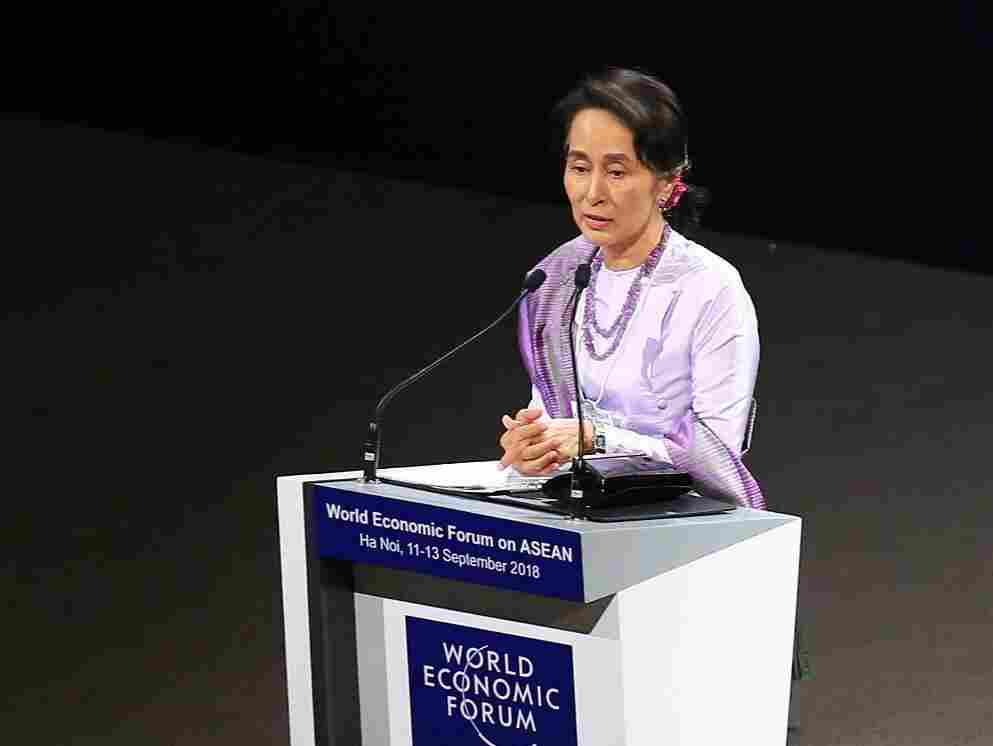 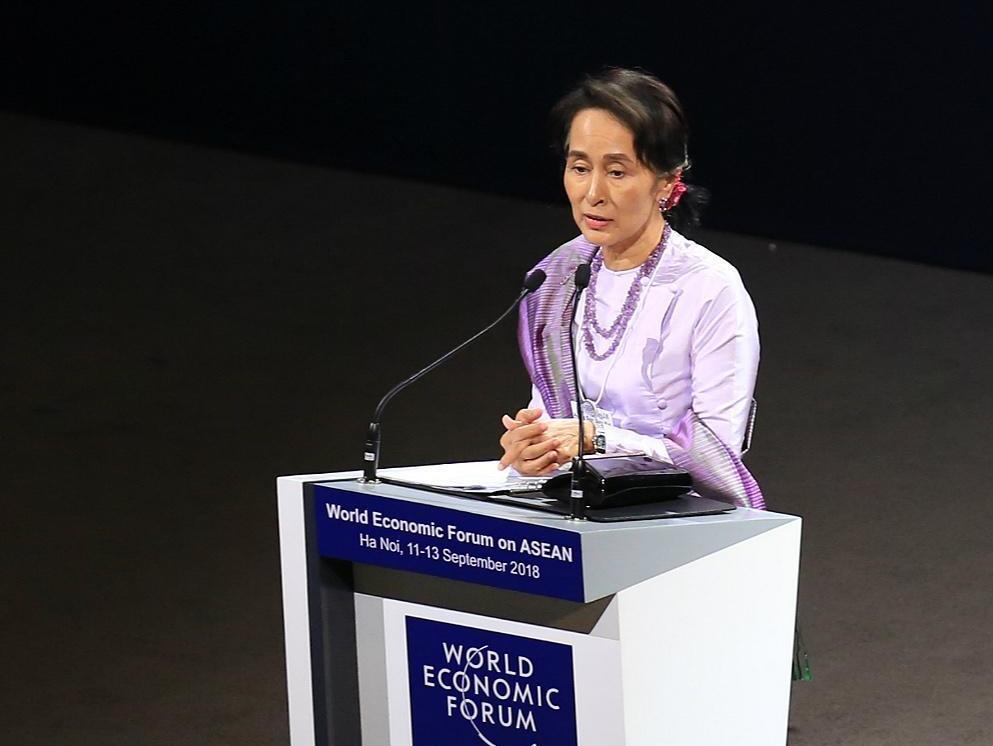 Under international pressure over alleged genocide by Myanmar's army, the Nobel laureate Aung San Suu Kyi acknowledged Thursday that her country's treatment of its Rohingya Muslims "could have been handled better."

Speaking at a World Economic Forum meeting in Vietnam, Suu Kyi also struck a defiant tone when a moderator asked her about two Reuters journalists jailed in Myanmar. She said their case "had nothing to do with freedom of expression at all."

It was a rare defense from Myanmar's soft-spoken leader, now 73, who won the Nobel Peace Prize in 1991. She spent nearly 15 years under house arrest at the hands of a repressive military junta, during which time she became one of the world's most famous political prisoners.

However, her reticence on both the fate of the Rohingya and the jailed journalists has been condemned by human rights groups and one-time admirers worldwide.

After 2017 attacks by Rohingya militants on Myanmar's security forces, the army launched a brutal counterinsurgency campaign, and more than 700,000 Rohingya fled from Myanmar's western Rakhine state into neighboring Bangladesh. They have accused soldiers of mass rape, murder and arson.

This week, Bangladesh's Prime Minister Sheikh Hasina called on the international community to come up with ways to force Myanmar to repatriate the refugees, which have placed an enormous strain on her country's resources.

Suu Kyi said that Myanmar is willing to take back those who fled, but many Rohingya who escaped the horrors of the army's campaign are adamant about not returning. Suu Kyi says the the situation has been complicated by the involvement of two governments and myriad ethnic minorities in the area.

"There are of course ways in which with hindsight I think the situation could have been handled better," Suu Kyi said, stumbling over her words at the start.

She also defended Myanmar's security forces, saying "we have to be fair to all sides."

"The rule of law must apply to everyone. We cannot choose and pick," Suu Kyi said.

A provision in the country's constitution bars Suu Kyi, whose official is state counsellor, from holding the presidency or exerting control over the military.

Myanmar has also come under international criticism for jailing two Reuters journalists, Wa Lone and Kyaw Soe Oo, who had reported on a massacre of Rohingya civilians.

"It had to do with an Official Secrets Act," Suu Kyi said Thursday. "I wonder whether very many people have actually read the summary of the judgement."

Earlier this month, a Myanmar court sentenced the journalists to seven years in prison. Human rights groups and free press advocates say they were targeted for their work. Vice President Mike Pence is among those who have called for their release.