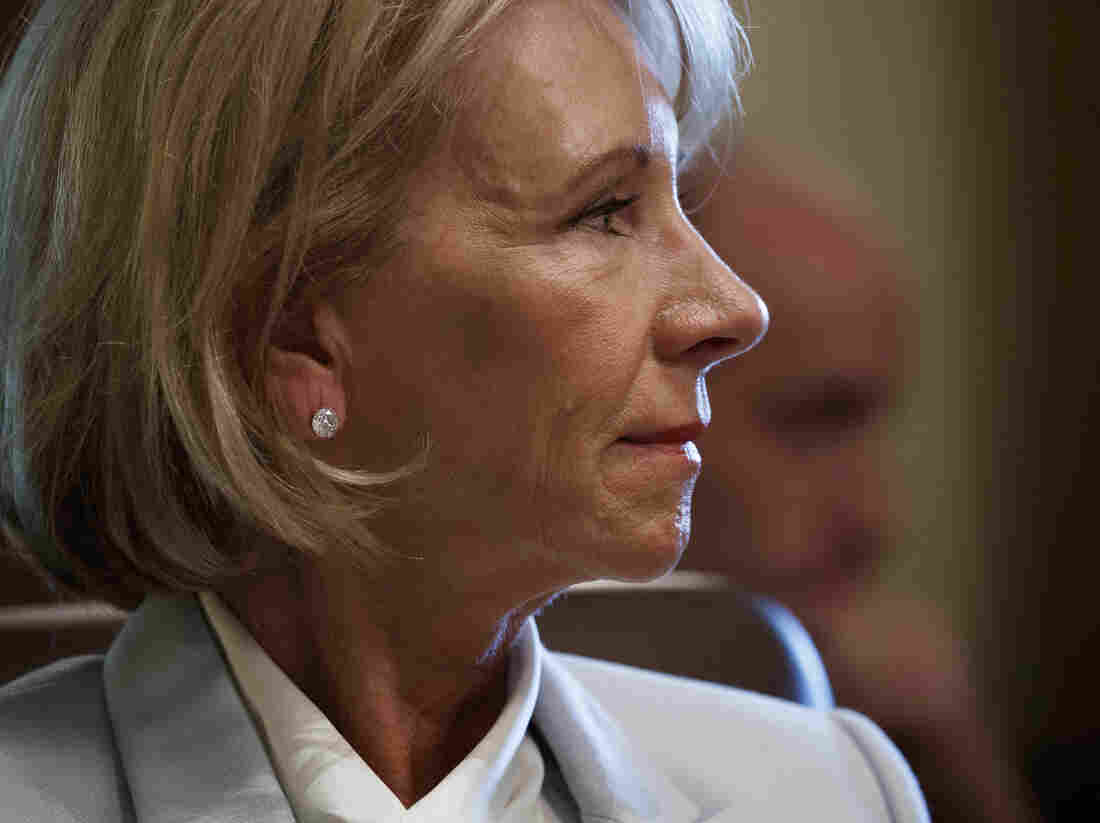 A federal judge ruled this week that Education Secretary Betsy DeVos' delay of a key student borrower protection rule was improper and unlawful.

"This is such an important win for student borrowers and anyone who cares about a government that operates under the rule of law," says Toby Merrill, of Harvard Law School's Project On Predatory Student Lending. The judge is expected to order a remedy in the next week.

If you attend a school that misled you or engaged in other misconduct, "borrower defense" is the process of seeking relief from your outstanding student loans. The rule was created in the mid-1990s but remained obscure, producing very few claims, until the collapse of the for-profit Corinthian Colleges and ITT Tech beginning in 2014. That's when the Obama administration updated and clarified how students were supposed to seek loan forgiveness. Since then, a reported 165,000 claims have been brought, and almost all of them pertain to for-profit colleges.

Since June 2017, DeVos has taken several actions to delay the Obama-era rule. The department has used that time to restart the rule-making clock and rewrite borrower defense to make it tougher for students to get debt relief. In particular, they introduced the idea that some students should only get some of their loans forgiven, depending on their current income. The new DeVos rule would take effect in mid-2019. In the meantime, claims are being reviewed and processed slowly, under the old, mid-1990s rule, with most students getting partial relief or none at all, according to a recent report by the Associated Press.

The judge ruled that DeVos' delay was "unlawful" and "arbitrary and capricious." With respect to the student plaintiffs, the judge found that the department's actions: "have deprived" them "of several concrete benefits that they would have otherwise accrued under the Borrower Defense Regulations."

In a hearing Friday, the judge allowed these two plaintiffs, Meaghan Bauer and Stephano Del Rose, to join — as defendants — a separate, ongoing case. In this case, a for-profit college industry group is suing to block the 2016 Obama-era rule.

The Department of Education did not immediately respond to request for comment by NPR.

This story was updated Friday.