Accessibility links
Anti-Kremlin Activist In Critical Condition After Suspected Poisoning, Pussy Riot Says Pyotr Verzilov, a member of the activist group Pussy Riot and the publisher of an independent media outlet, was reportedly rushed to the hospital on Tuesday, where he remains in critical condition. 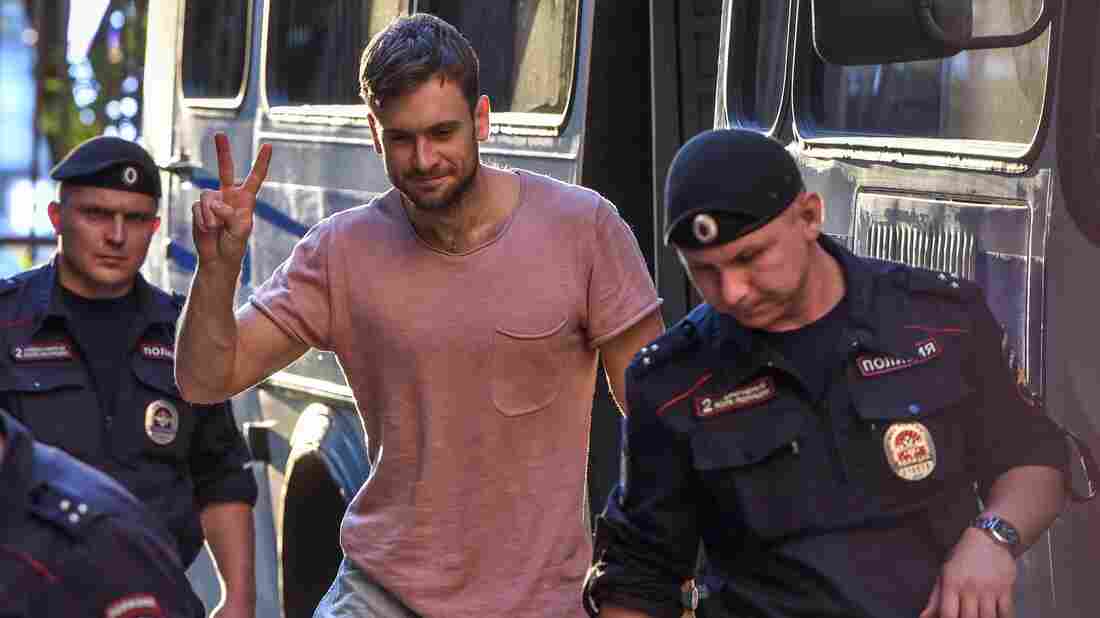 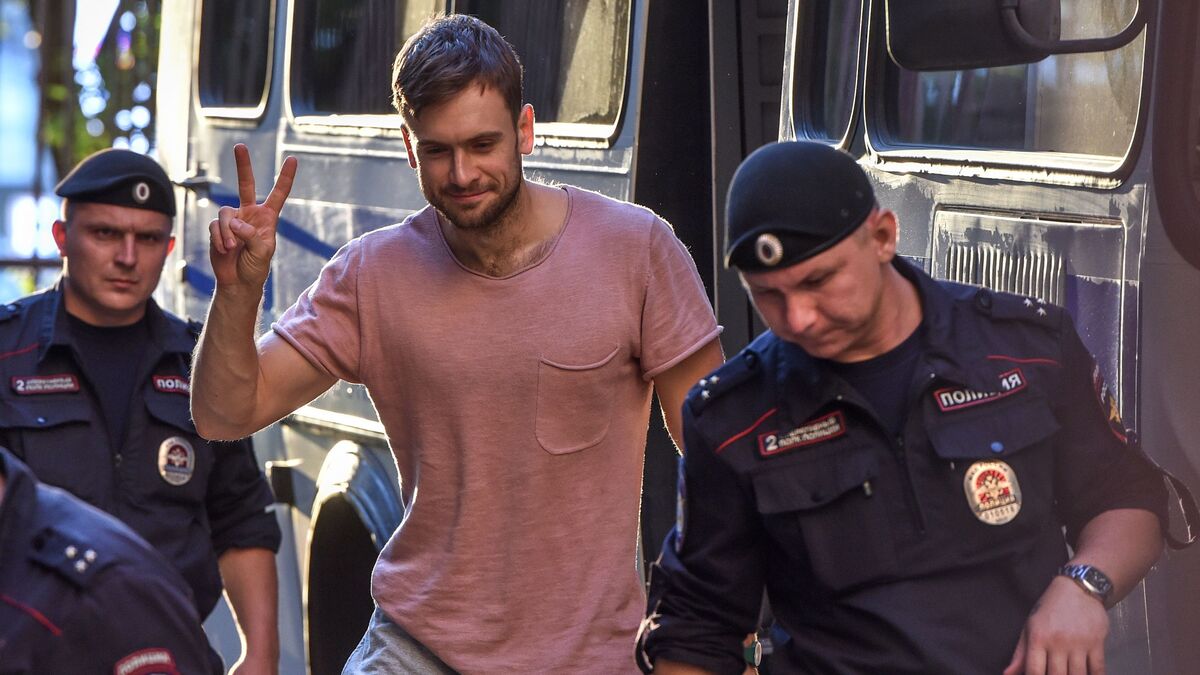 Pyotr Verzilov (center) walks to a court hearing related to Pussy Riot's rushing of the World Cup final pitch on July 15. The group suspects Verzilov was poisoned on Tuesday.

Pyotr Verzilov, a prominent member of the Russian art and activist collective Pussy Riot, is suspected to have been poisoned in Moscow on Tuesday, according to the group and local media.

Veronika Nikulshina, Verzilov's partner and fellow member in the group, told Meduza that Verzilov had begun to feel unwell following a court hearing on Tuesday and was later hospitalized in critical condition. Two hours after arriving home, "between eight and ten" that evening, Nikulshina said, "his condition got exponentially worse. First it was his vision, then his ability to speak, and then his ability to walk."

As of Thursday morning, Verzilov remained in critical condition but was expected to survive.

Pussy Riot tweeted Thursday morning that it was in search of a toxicologist who could consult on Verzilov's condition. "It's about Peter who was poisoned," the group wrote. The group later said it had found a doctor.

A U.S. spokesperson for the group tells NPR that members are awaiting more clear information from doctors on what may have caused Verzilov's condition.

"When the paramedics arrived, he answered all their questions, saying, 'No, I didn't eat anything. No, I didn't take anything,' " Nikulshina said Wednesday, according to Meduza. "He was getting worse even faster, and then he started convulsing. On the way [to the hospital], in the ambulance, he was already babbling."

This past July, Verzilov was one of four people — along with Nikulshina, Olga Kurachyova and Olga Pakhtusova — arrested for rushing the field during the World Cup final. The four were denied access to a lawyer ahead of their hearing, where they were sentenced to 15 days of "administrative arrest" and banned from sports events for three years.

The protest took place on the 11th anniversary of the death of artist Demitri Prigov, whose poem cycle on police partly inspired the group to rush the field wearing Russian police uniforms.

"There is no rule of law in Russia," the group said in a video posted the same day, "and any policeman may easily break into your life for no reason." Along with the protest, the group issued a list of requests to the government, including the freeing of all political prisoners and the abatement of fabricating "criminal accusations."

In addition to Pussy Riot, Verzilov is the publisher of Mediazona, an independent Russian news outlet founded by Verzilov's former wife, Nadezhda Tolokonnikova, and Maria Alyokhina. Tolokonnikova and Alyokhina were two of the three members of the group convicted of hooliganism in August 2012, following the demonstration they dubbed a "punk prayer" in the Cathedral of Christ the Savior in Moscow.

This past July 17 — just days after Verzilov, Nikulshina, Kurachyova and Pakhtusova stormed the World Cup pitch — the European Court of Human Rights fined Russia $57,000 over Pussy Riot's treatment before, during and after the trial related to that 2012 punk prayer.