Accessibility links
Federal Judge Denies New Mexico Compound Residents Bail In an hours-long arraignment hearing on Wednesday Magistrate Judge Kirtan Khalsa told the five defendants there was "clear and convincing evidence that you are a danger to the community." 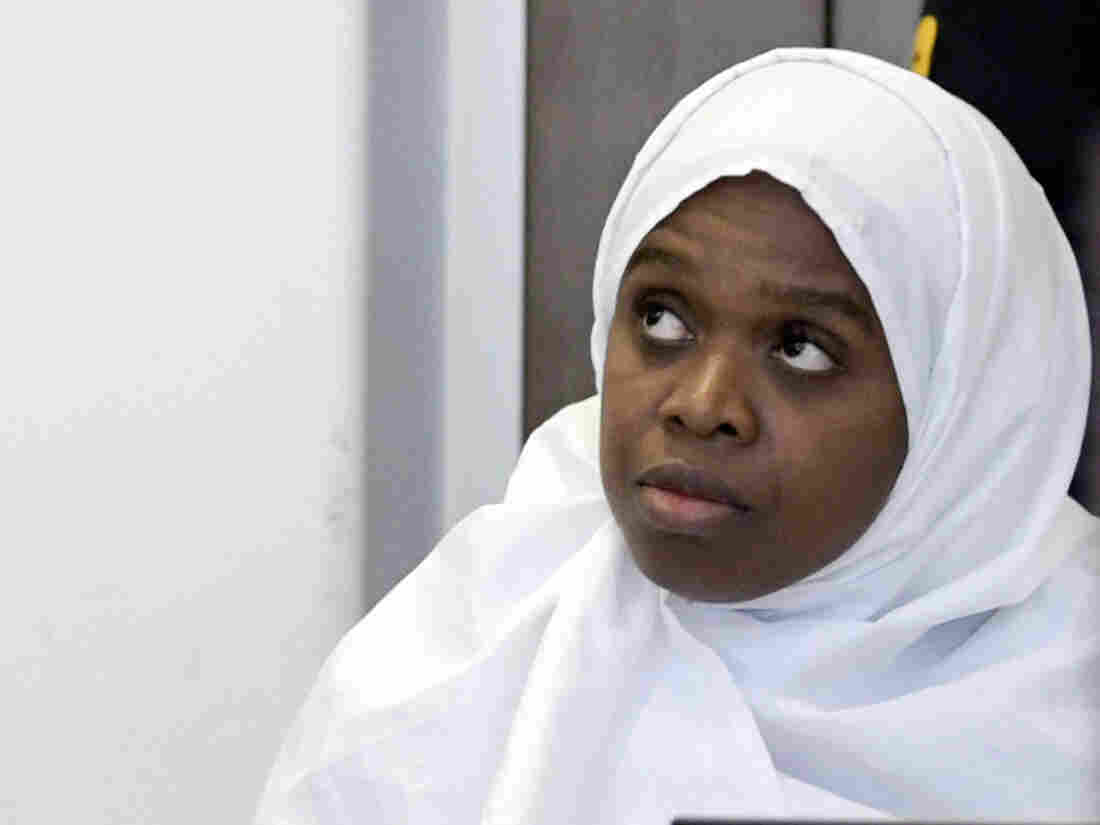 In this Aug. 13, photo, Jany Leveille sits in court during a hearing, in Taos, N.M. Leveille, her partner Siraj Ibn Wahhaj, and three other adults were denied bail by a federal judge who said the New Mexico compound residents posed a threat to the community. Roberto E. Rosales/AP hide caption 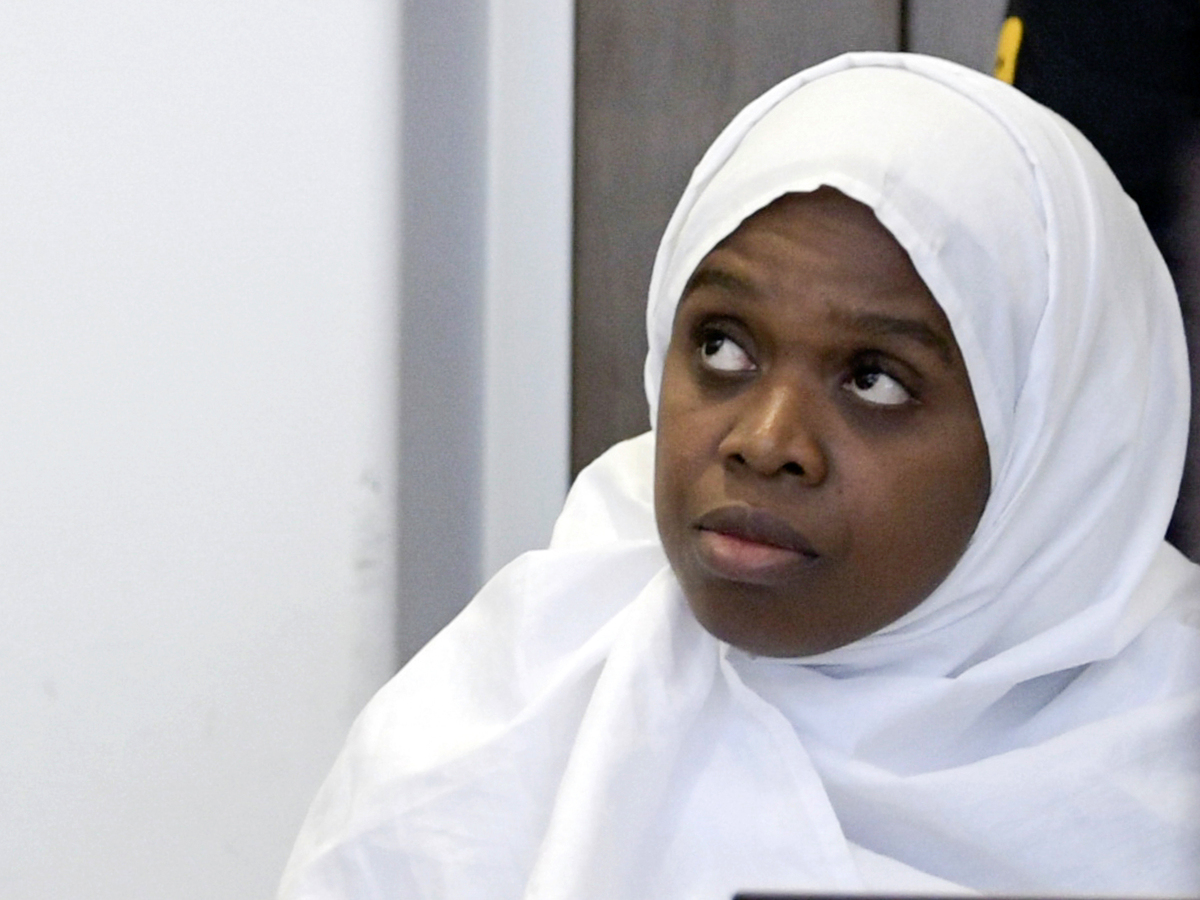 In this Aug. 13, photo, Jany Leveille sits in court during a hearing, in Taos, N.M. Leveille, her partner Siraj Ibn Wahhaj, and three other adults were denied bail by a federal judge who said the New Mexico compound residents posed a threat to the community.

A federal judge denied bail on Wednesday to all five members of an extended family accused of operating a training camp for a violent attack on public institutions out of their isolated New Mexico compound.

During the arraignment hearing, Magistrate Judge Kirtan Khalsa told the defendants there was "clear and convincing evidence that you are a danger to the community," The Associated Press reported.

A federal grand jury indicted the group on Tuesday on conspiracy and federal firearms charges stemming from the discovery of a cache of weapons after law enforcement raided their home in search of a missing boy but, instead, found 11 malnourished children living in squalid conditions.

Federal prosecutors say that between Dec. 2017 and August 2018, the group, who are either siblings or related by marriage, had "a common plan to prepare for violent attacks on government, military, educational and financial institutions."

U.S. Attorney John C. Anderson and Special Agent in Charge James C. Langenberg of the FBI's Albuquerque Division, said in a statement that the defendants' home in Amalia, N.M., served as a firing range and training camp to carry out an attack as part of a religious prophecy. According to the indictment, some of the minors were being prepared "to engage in jihad and ... to die as martyrs."

Officials in court last month claimed that some of the older children taken into custody in the Aug. 3 raid told an F.B.I officer they were being trained to attack targets which would be identified by the resurrected body of the missing 3-year-old boy who was found dead at the compound.

The defendants — Siraj Ibn Wahhaj, father of the dead child; his partner, Jany Leveille; Lucas Morton; Morton's wife, Subhanna Wahhaj; and her sister Hujrah Wahhaj — moved from Georgia to New Mexico, where they took up residence on the rural property in December.

The indictment alleges that Levielle, a Haitian immigrant living in the U.S. on an expired visa and mother of six children taken into custody, illegally transported firearms and ammunition in her car during the cross-country move.

The other four defendants are accused of aiding Levielle, in committing the crimes.

Siraj Ibn Wahhaj's lawyer in the state case, suggested that those charges were motivated by a degree of racial and religious prejudice against his Muslim client. If the suspects were white Christians shooting guns on their property and practicing their religion, "No one would bat an eye," Thomas Clark argued in court.

If convicted, each defendant faces a statutory maximum penalty of five years imprisonment. Leveille, in addition, faces up to 10 years of imprisonment and deportation if she is convicted on the firearms charge.

The five suspects who were living on a desolate patch of land were initially arrested on child abuse charges days after authorities found 11 emaciated children on the dilapidated property. Three days later law enforcement returned to find the remains of Abdul-ghani Wahhaj, a severely disabled boy whose Georgia mother had reported missing months earlier.