Accessibility links
Review: In 'Forever,' Couple's Comfortable Coexistence Comes To A Crossroads Maya Rudolph and Fred Armisen play a reasonably happy couple whose relationship undergoes a series of big changes in this low-key, 8-episode meditation on love, life and roads not taken.

'Forever': A Couple's Comfortable Coexistence Comes To A Crossroads

'Forever': A Couple's Comfortable Coexistence Comes To A Crossroads 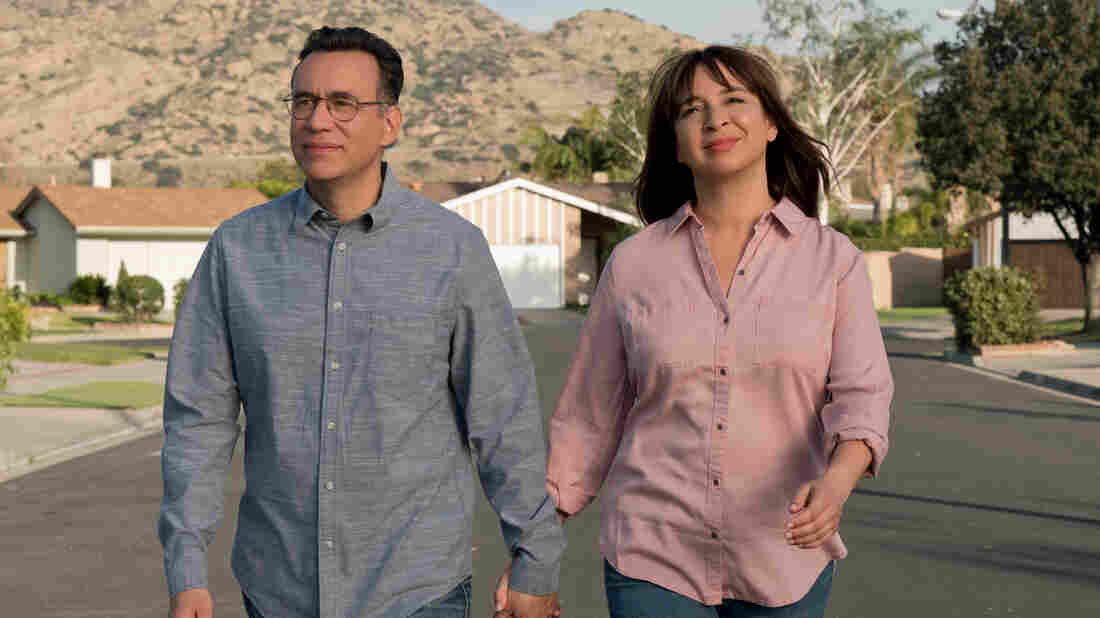 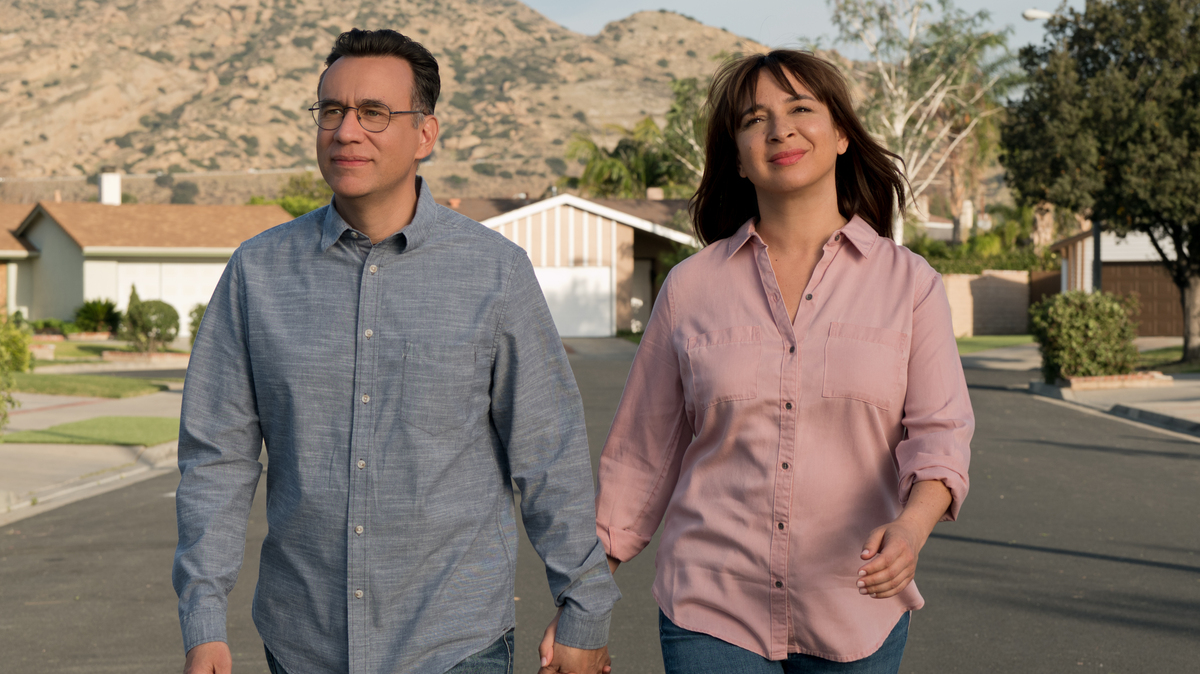 Oscar (Fred Armisen) and June (Maya Rudolph) try to turn their rut into a groove in Forever.

In interviews, Maya Rudolph and Fred Armisen have said that what attracted them to the project that became Forever, a slyly surreal 8-episode series premiering on Amazon Prime today, was the prospect of telling a complete story about the same characters over or an extended period of time — and then dropping them.

It's a chance for them to shake off their SNL sketch-comedy training, which exploited their talents for quick changes and big takes; Forever's limited lifespan (there will be no subsequent seasons) presents them with an opportunity to thumb their noses at their television alma mater's penchant for driving recurring, catchphrase-based hit characters into the ground. (Armisen's work since, on both Portlandia and Documentary Now!, has been just as chameleon-like as ever, but both of those shows supply him a bit more room to settle into his characters. Rudolph, meanwhile, has spent her years since leaving SNL dependably killing it in sketch (albeit in the wince-inducing Maya & Marty) and in smaller comedic roles (Up All Night, Life of the Party, Big Mouth and a too-brief, flatly astonishing Dionne Warwick turn on The Unbreakable Kimmy Schmidt).

In The Odd, Inscrutable 'Kidding,' Jim Carrey Is A Kids' Show Host In Meltdown

Neither performer has previously assayed roles that require them to dig as deep as they do in Forever. (Rudolph, it must be said, digs deeper and finds more dramatic gold — Armisen, as an actor, retains a blankness that's played for laughs, but keeps us at a distance.) The story of the series, which to avoid spoilers I'll discuss here with great delicacy and not inconsiderable difficulty, is set up neatly in the first episode's quietly virtuosic opening five minutes: The camera pans left to right, across a series of scenes featuring Rudolph's June and Armisen's Oscar as they meet, date, marry and settle into a life together.

Can a couple who seems happy enough be... happy, enough? That's what Forever grapples with, though "grapples" implies effortful struggle, and the series is far too chill to let you see it sweat. One reason for that: Part of the show's subject is passivity — in relationships, in life — and roads not taken. As that passivity slowly but steadily leaches into the series itself, you may find your mind wandering, noting, for example how its ability to [redacted! spoilers!] compares to another television series like [redacted! spoilers!], which is currently playing in a very similar conceptual sandbox.

Look, there's a lot I'm not telling you. In particular I'm not telling you that, just as you're growing impatient with how effectively (read: slowly) the series shows us the pleasant groove June and Oscar have found together widening into a vaguely dissatisfying rut (for June, at least), then along comes episode [redacted! spoilers!], which dispenses with everything that's come before to explore the notion of romantic attraction, and fidelity, from a wholly different and invigorating angle.

The "here" in question gets complicated by a character played by Catherine Keener Who Is Great In EverythingTM. Between her supporting roles in this series and in Showtime's Kidding, we seem to be in the midst of a long-overdue Keenersance, which is to be welcomed by all right-thinking Americans.

Forever is low-key funny, particularly when it's focused on Rudolph's character dealing with one of the big changes life throws her way, and it's low-key frustrating, specifically when it bothers with the surreal, world-building stuff that a series like [redacted! spoilers! again! some more!] has a lot more fun with.

There's a fine line, in long-term relationships, between the everyday and the mundane. The former is a living thing, nurtured by emotional intimacy. The latter is dead, smothered by mere familiarity. Forever sets up a base camp on that line between intimacy and familiarity, determined not to broaden its characters into familiar TV-couple types. Whether or not Oscar and June are happy, and whether or not they stay together, doesn't depend on either one doing anything wrong. Forever is instead a series about a series of emotional crossroads — roads not taken, words left unsaid.

By the eighth and final episode, those roads get taken, those words get said. What happens afterwards may not be as explicitly defined as many viewers will hope and expect — it is, let's be clear, just plain odd — but with that nagging ambiguity comes, nevertheless, a sense of finality and closure. The series' eight-episode story — June and Oscar's story — is over. Even Forever ends.