Accessibility links
Kavanaugh, Supreme Court Pick, Denies Alleged Sexual Misconduct In High School The Senate Judiciary committee is slated to vote on Brett Kavanaugh's nomination to the Supreme Court next week. He has denied an allegation of sexual misconduct from more than 30 years ago. 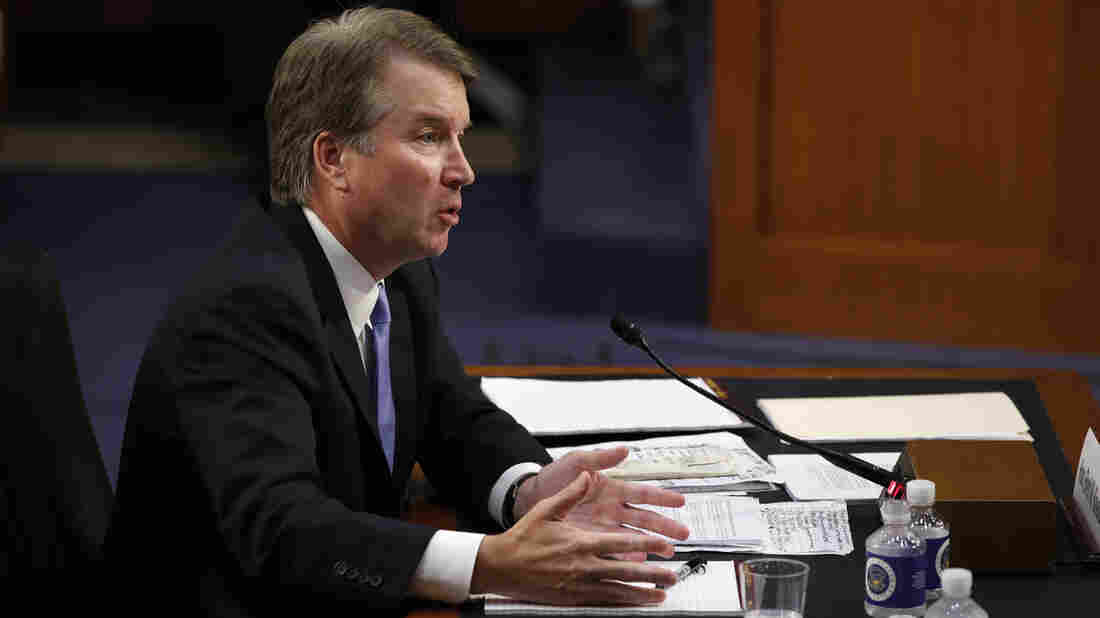 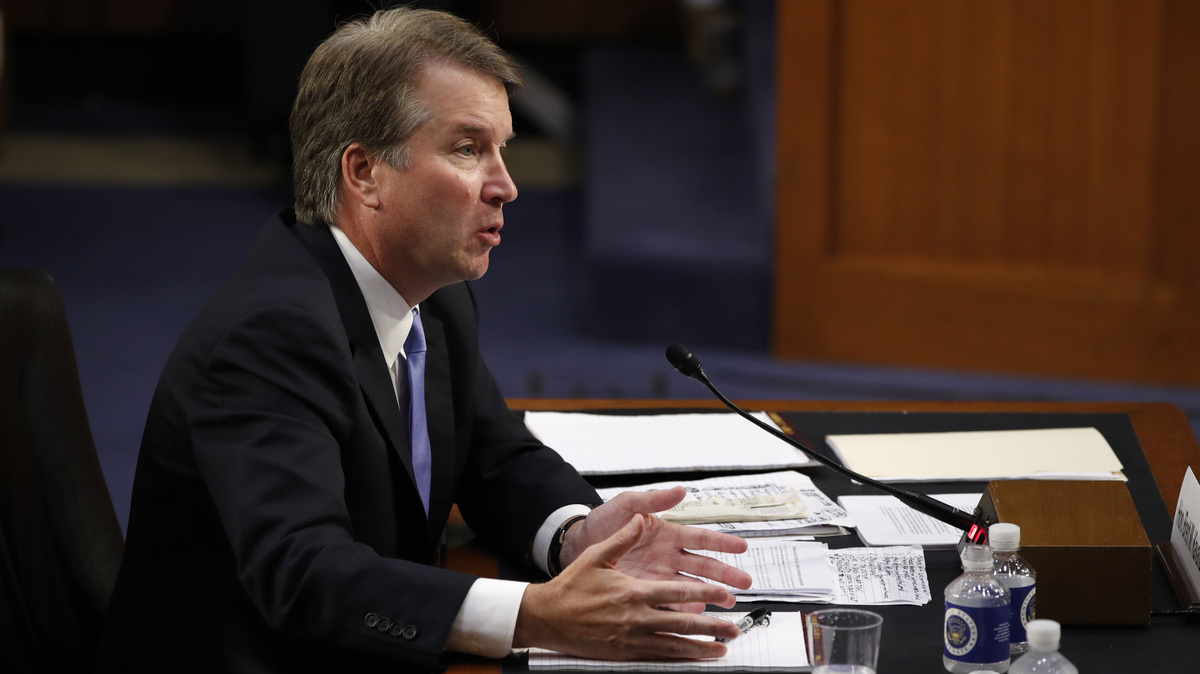 Supreme Court nominee Judge Brett Kavanaugh strongly pushed back on an allegation of sexual misconduct from more than 30 years ago. The allegation was made in a letter by a woman who said the incident took place in high school.

"I categorically and unequivocally deny this allegation. I did not do this back in high school or at any time," Kavanaugh said in a statement.

A report published Friday in the New Yorker revealed that the woman, who did not want to be named, said in a letter that Kavanaugh "attempted to force himself on her" at a party when they were teenagers. She described that Kavanaugh and another classmate, who were drinking, turned up music to cover up her protests and she freed herself and left the scene. All three were minors at the time. The woman declined to be interviewed by the New Yorker.

NPR has not independently confirmed the contents of the letter, which the woman sent to her representative, Rep. Anna Eshoo, D-Calif., after Kavanaugh was nominated to replace retiring Supreme Court Justice Anthony Kennedy. The letter was also shared with Feinstein in July.

A separate report in the New York Times said people who described the letter told the publication that the woman "considered the incident an assault."

The New Yorker story quotes a classmate of Kavanaugh's saying about the incident in the letter: "I have no recollection of that."

Senate Judiciary Chairman Chuck Grassley, R-Iowa, released a letter on Friday signed by 65 women who said they knew Kavanaugh in high school and defended his character. The letter noted that the signatories included women from "a broad range of political views."

"Through the more than 35 years we have known him, Brett has stood out for his friendship, character, and integrity. In particular, he has always treated women with decency and respect. That was true when he was in high school, and it has remained true to this day," the letter states.

Feinstein called a meeting on Wednesday at which she disclosed the contents of the letter to committee Democrats, but did not show the letter itself, according to a source familiar with the discussions.

Questions swirled on Thursday when Feinstein declined to explain what information she was provided about Kavanaugh that she decided to share with authorities. Sources told NPR that the California senator felt pressure to put something out publicly after a report indicated she had not briefed fellow members of the panel on a document. Democrats were concerned that if they failed to pass along any information about the allegation, they would be accused of a cover-up.

"Throughout his confirmation process, Judge Kavanaugh has had 65 meetings with senators—including with Senator Feinstein—sat through over 30 hours of testimony, addressed over 2,000 questions in a public setting and additional questions in a confidential session. Not until the eve of his confirmation has Sen. Feinstein or anyone raised the specter of new 'information' about him," Kupec said.

On Friday Feinstein's spokesman issued a statement that didn't detail the contents of the letter, but acknowledged it was about a claim of sexual misconduct.

"Senator Feinstein was given information about Judge Kavanaugh through a third party. The Senator took these allegations seriously and believed they should be public. However, the woman in question made it clear she did not want this information to be public. It is critical in matters of sexual misconduct to protect the identity of the victim when they wish to remain anonymous, and the senator did so in this case," the spokesman said.

Before details of the allegation surfaced on Friday, Senate Republicans pointed out that an extensive background check was already completed by the White House and reviewed by the committee.

A spokesperson for the FBI said when the letter was received from Feinstein it was incorporated into that file.

"Upon receipt of the information on the night of September 12, we included it as part of Judge Kavanaugh's background file, as per the standard process."

Grassley's office says it will proceed with the planned Judiciary committee vote on Kavanaugh's nomination next week. A spokesman for the chairman said Kavanaugh has completed six FBI background checks between 1993 and 2018, and that Feinstein, who obtained the letter in July, did not raise the issue during the hearings or attend a closed session on the nomination where the information could have been discussed. The aide also said Grassley only learned about the allegation from news sources this week and that the FBI sent the Senate the updated report on Thursday.

Senator Susan Collins, R-Maine, a moderate who is undecided on Kavanaugh's nomination and a key vote in the narrowly divided Senate, held an hour-long phone call with the nominee on Friday. The call was already scheduled before the allegation emerged and Collins' office declined to provide any details about their discussion.

A full vote by the Senate is expected by the end of the month.