Accessibility links
Russians Allegedly Targeted Lab Studying Chemical Weapons Russian agents were allegedly planning to hack into a Swiss laboratory that was analyzing nerve agents used in March against a former Russian spy and his daughter. 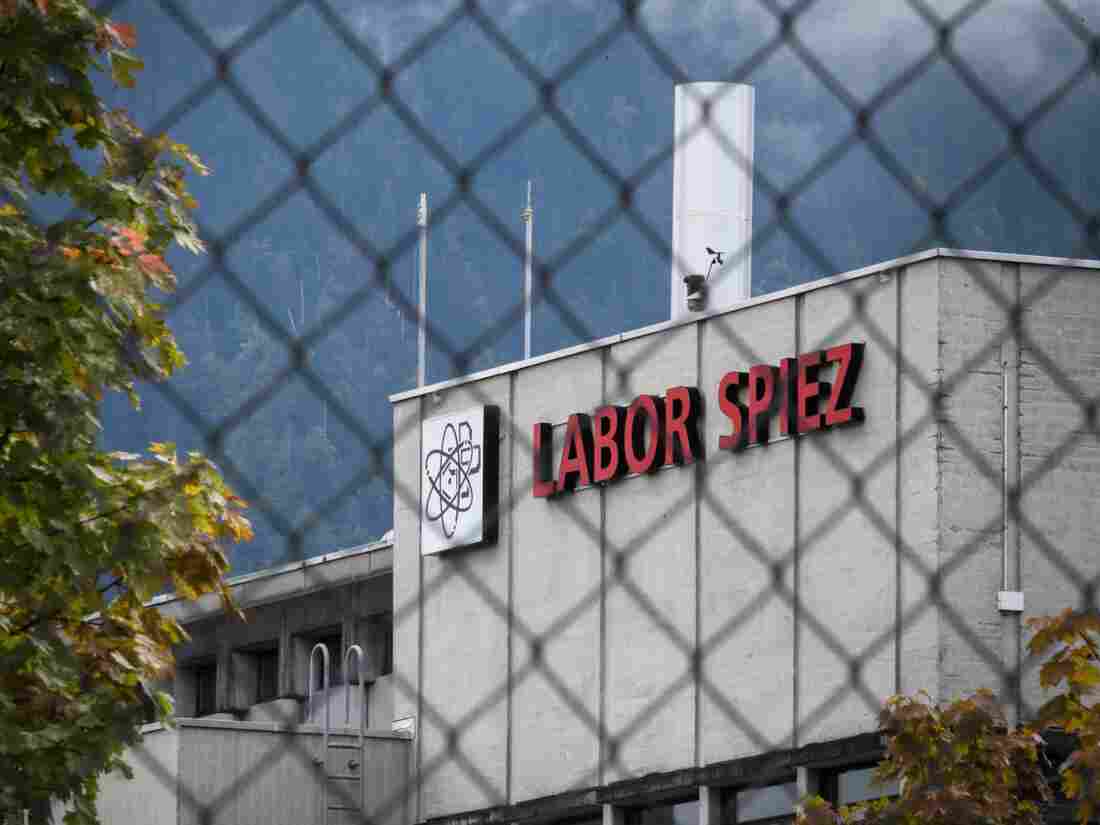 Spiez Laboratory is believed to have been involved with the analysis of chemical agents used in the U.K. It was allegedly targeted by Russian agents earlier this year. Fabrice Coffrini/AFP/Getty Images hide caption 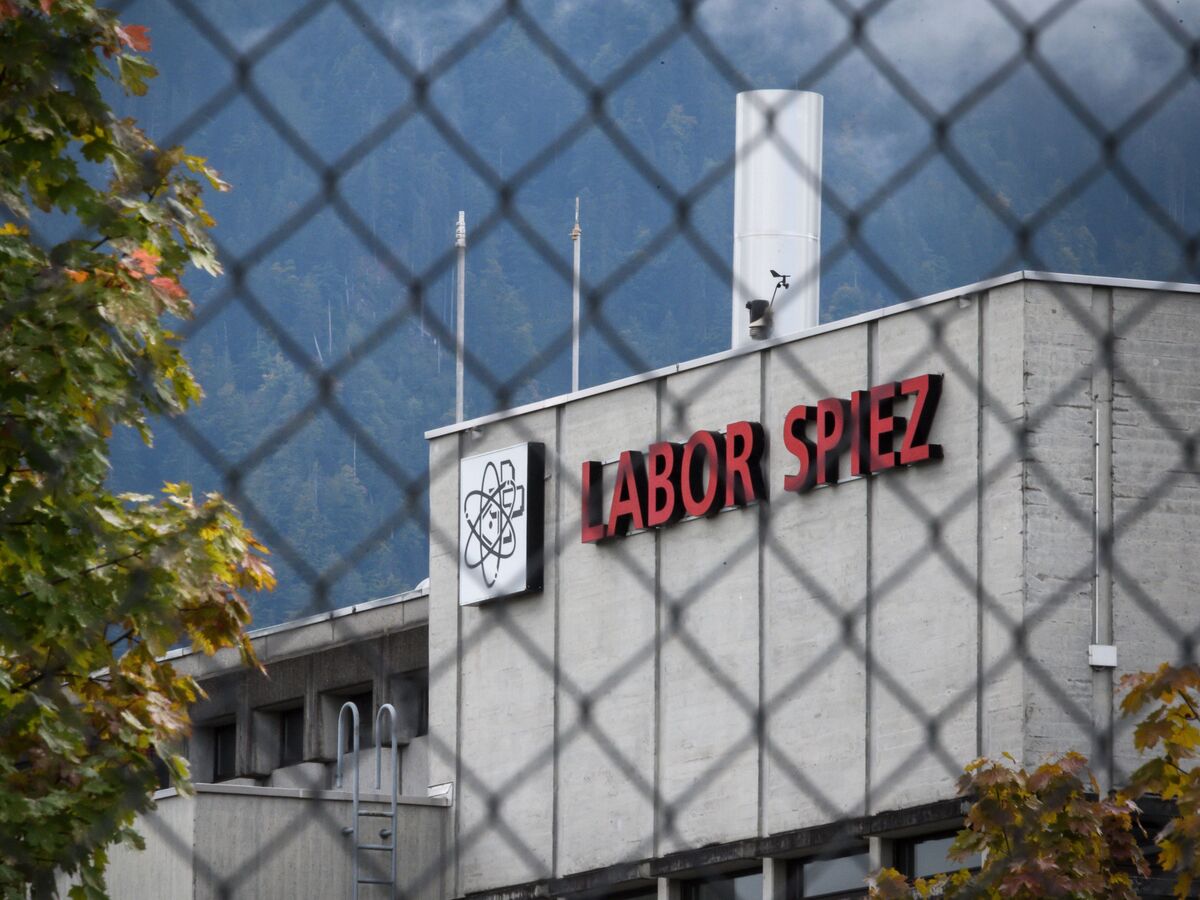 Spiez Laboratory is believed to have been involved with the analysis of chemical agents used in the U.K. It was allegedly targeted by Russian agents earlier this year.

A Swiss laboratory likely involved in analyzing samples from a March chemical attack in Salisbury, England, has reportedly been targeted by Russian agents.

Two Russian intelligence agents were planning to break into the computer network of Spiez Laboratory, Switzerland's main laboratory for analyzing chemical weapons, according to accounts published Friday in Swiss and Dutch media.

The president of the Netherlands announced that two agents were deported from The Hague in late March. The move was part of a sweeping set of expulsions following the Salisbury incident, in which former Russian double agent Sergei Skripal and his daughter, Yulia, were poisoned with a military-grade nerve agent.

Swiss and Dutch authorities did not immediately respond to NPR's request for comment. Andreas Bucher, a spokesperson for Spiez Laboratory, also declined to comment on the deportations. However, he confirms the laboratory's computer systems have been probed by unknown hackers in recent months.

"We've had indications that we were in the crosshairs," Bucher says. No data have been stolen from the lab, he adds. 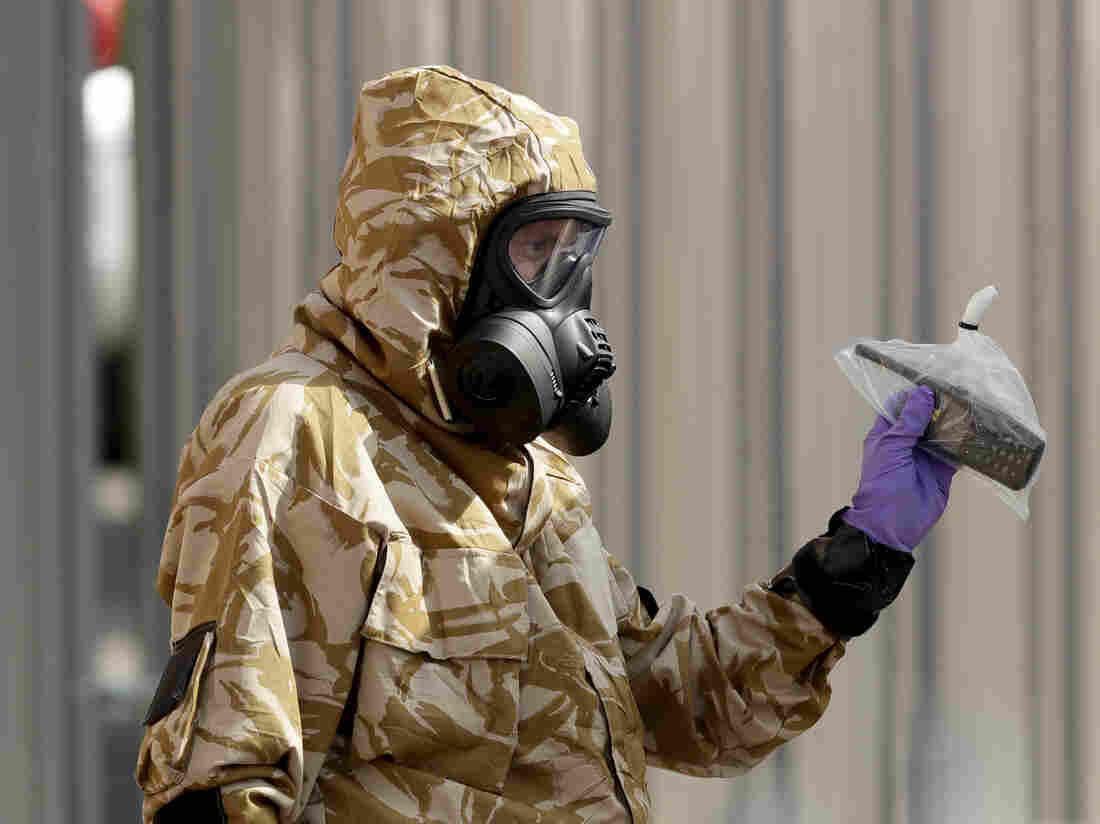 British authorities have been sharing samples from their investigations with the Organisation for the Prohibition of Chemical Weapons. Matt Dunham/AP hide caption 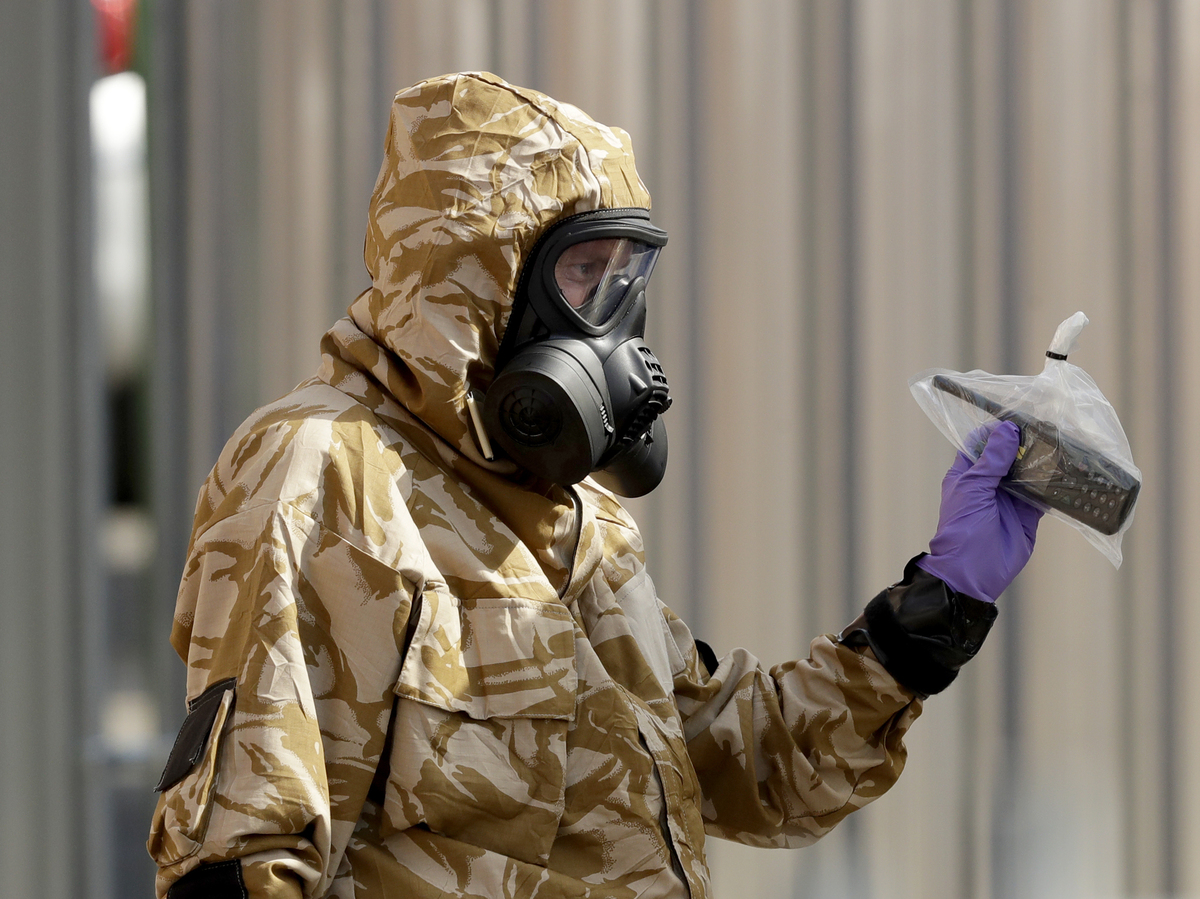 British authorities have been sharing samples from their investigations with the Organisation for the Prohibition of Chemical Weapons.

Spiez Laboratory serves as a reference laboratory for the Organisation for the Prohibition of Chemical Weapons, the Hague-based body that oversees the global ban on the use of chemical weapons. The OPCW has been heavily involved in investigating the Salisbury case. Besides the Skripals, two others were sickened near Salisbury in July after finding a perfume bottle that held the nerve agent. One of the victims later died from her exposure to the substance.

Shortly after the March attack on the former Russian spy, the U.K.'s Defence Science and Technology Laboratory at Porton Down identified the substance used as belonging to a group of nerve agents known as "Novichoks." Novichok agents were developed in the former Soviet Union, and Russia is the only nation believed to possess them in any quantity. Skripal worked for Russian intelligence during the 1990s and later defected to the West.

Russia has denied any involvement with the Skripal incident.

After the U.K. identified the use of Novichok, it sent samples to the OPCW. In accordance with OPCW rules, those samples went to several independent and anonymous reference laboratories for confirmation.

Although Spiez Laboratory has not officially acknowledged receiving a sample, it is widely believed to have done so, according to Jean Pascal Zanders, an independent chemical weapons expert based in France.

Only OPCW can comment this assertion. But we can repeat what we stated 10 days ago: We have no doubt that Porton Down has identified Novichock. PD - like Spiez - is a designated lab of the OPCW. The standards in verification are so rigid that one can trust the findings. #Skipal pic.twitter.com/3xp3dBFAdP

The alleged Russian agents were expelled from The Hague during a period when the OPCW was actively investigating the case. Zanders believes they may have been trying to hack into the Spiez Laboratory computer system to learn more about what British and international authorities knew about the Novichok used in the Salisbury attack.

He also suggests Russia may have wanted to tamper with the official findings.

Dieter Rothbacher, a former OPCW inspector who now runs a private consultancy in Austria, also says that data manipulation may have been a motive.

In April, Russian Foreign Minister Sergei Lavrov named Spiez as one of the labs conducting the OPCW's analysis. According to a report in April by the Russian news agency TASS, Lavrov received information "confidentially" that Spiez found traces of U.S. chemical warfare agents in the samples.

On Twitter, Spiez Laboratory publicly refuted Lavrov's claims. "We have no doubt that Porton Down has identified Novichock," the lab tweeted in April.

There is also an indication that Spiez continued to be a target even after the Russian agents were deported from the Netherlands. In June, a conference hosted by the lab was targeted by hackers using a destructive worm that was first released during the Winter Olympics in Pyeongchang, South Korea.