Accessibility links
'Dear America,' Writes A Pulitzer-Winning Journalist — And Undocumented Immigrant Jose Antonio Vargas' new book is a memoir about living in the U.S. as an "undocumented citizen" — a secret he himself didn't discover until he was 16. 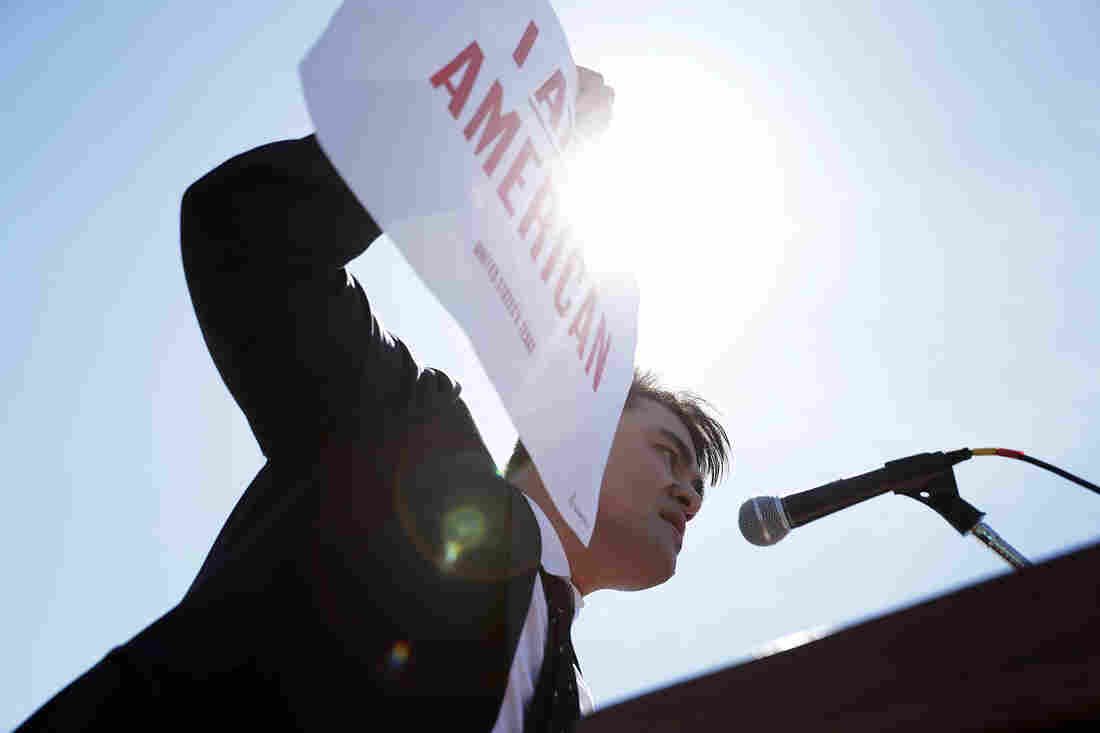 Jose Antonio Vargas, pictured at a rally in front of the U.S. Supreme Court in 2016, has written a memoir of his life as an undocumented immigrant in Dear America. Alex Wong/Getty Images hide caption 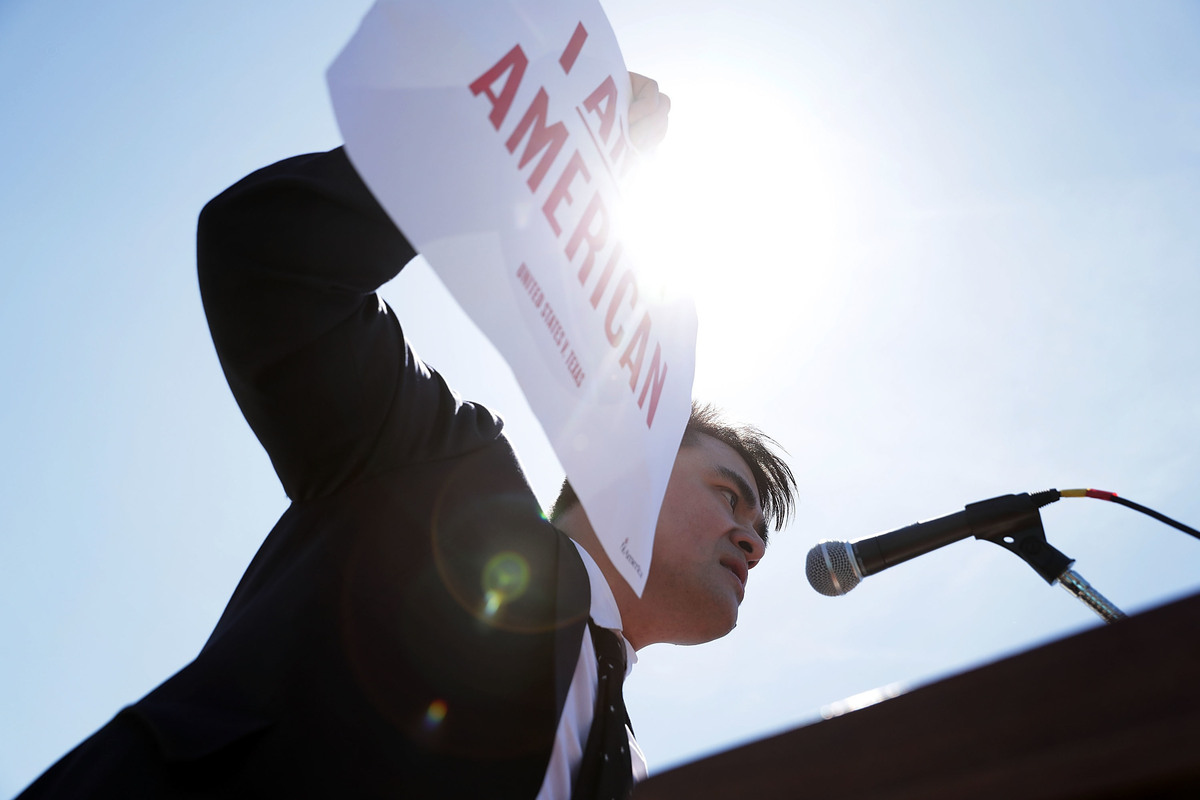 Jose Antonio Vargas, pictured at a rally in front of the U.S. Supreme Court in 2016, has written a memoir of his life as an undocumented immigrant in Dear America.

Jose Antonio Vargas is an activist, journalist and filmmaker. In 2008, he was part of a Washington Post team that won a Pulitzer Prize for its coverage of the Virginia Tech shootings.

But the kind of recognition that would make most journalists proud worried Vargas. It could lead to revealing a secret at the heart of his life — a secret that he himself didn't discover until he was 16.

Voices in the Immigration Debate

Vargas revealed his story in The New York Times Magazine in 2011, and has now written a book called Dear America: Notes of an Undocumented Citizen. It's a memoir of his time in the U.S. — but also of the people who assisted him along the way.

"To me, that's the story," Vargas says in an interview. "As much as we talk about immigration, and specifically illegal immigration, we rarely discuss that the reality is: There are countless Americans of all different backgrounds out there who help people like me every day. And for me, part of writing this book was to kind of really document that."

On his first impressions of the U.S. at age 12 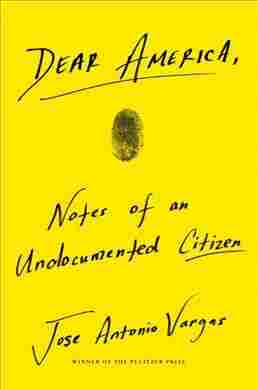 Notes of an Undocumented Citizen

Probably for me, the biggest thing was: America was not what I thought it was going to be. 'Cause in the Philippines, where I'm from, America was Baywatch, and Oprah Winfrey and Michael Jackson and Whitney Houston. Then when I landed at the airport here in L.A., I actually thought I was in the wrong country because I didn't see Oprah. And I saw people who kind of looked like me. But then I was told that no, this is America.

On finding out that he was an undocumented immigrant 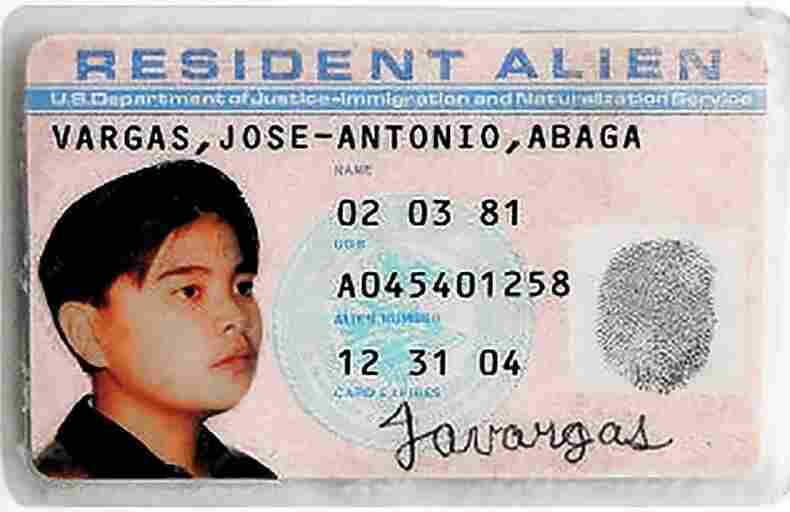 Well, yeah, I went to the DMV like any 16-year-old, because I think my friends were just getting tired of driving me around. And that's when I found out, after showing my green card to the woman at the booth, that the green card that my grandfather had given me was fake. Up until that point, you know, I would just never even had thought about it, because my [grandparents] were both naturalized U.S. citizens. ... And so I was thinking in my head: This woman is mistaken, my name is Jose Antonio Vargas, but that's because the Philippines was colonized by the Spanish. But she was basically like: This is fake — don't come back here again.

On receiving legal advice not to talk about his immigration status

By the way, I admire lawyers, I hire lawyers, I listen to lawyers. But I would argue that at a time like this, I think we all must take whatever risks we have to take. I think we all have to figure out how to get a little more uncomfortable so that we get to something productive, right? I would argue we are where we are because we've gotten too comfortable — because we haven't figured out ... what kind of privilege are we willing to put on the line.

On why some parents may send their children away in search of a better life in the U.S.

Vargas: I've never had therapy before, by the way. ... I've always been a little bit scared of it since I started watching Frasier when I was a kid. This book is probably the closest I ever got to it.

I ended up getting detained in Texas — McAllen, Texas — in 2014 in the middle of that ... Central American refugee crisis that many people in the media would not call a refugee crisis, right? What did they call it? ... I remember there was a headline on CBS News: "Illegal Children Crossing From Mexico." God, I'll never forget that. ...

At one point when I was detained, I shared a cell with young boys, ages 5 to maybe 13, 14. As I was looking at them, all I could think of was their parents, and think about my own mom, and think about: Why did she do that? When I was a kid, I thought maybe she didn't really want to be a mother. Maybe I was too much of a hassle. I made all these excuses, all these narratives in my head about why she got rid of me. That's what I used to think when I was a kid — she got rid of me.

And then it wasn't really until I was staring at the faces of those little boys that I really tried to put my own being into my mom's shoes, and imagine what it must have been like for the parents of those boys. What did they say to themselves? You know, like, "I would rather you walk thousands of miles ... than stay here." I don't know how a parent justifies that. Aside from love, which is probably the only thing that keeps all of us together, I don't know what a parent says to himself or herself.

Simon: Well, they say: I'm going to do the best thing I can to give my child a better life.

Vargas: And isn't that what America was founded on?

Ian Stewart and Alexis Diao produced and edited this interview for broadcast. Patrick Jarenwattananon adapted it for the Web.

In this interview, Jose Antonio Vargas mistakenly says his parents were naturalized citizens. He meant to say his grandparents are naturalized.