Accessibility links
The Russia Investigations: What Will Paul Manafort Tell The Feds? This week in the Russia investigations: Donald Trump's ex-campaign chairman avoids a second federal trial at the cost of a plea agreement. What information can he give to investigators?

The Russia Investigations: What Will Paul Manafort Tell The Feds?

The Russia Investigations: What Will Paul Manafort Tell The Feds? 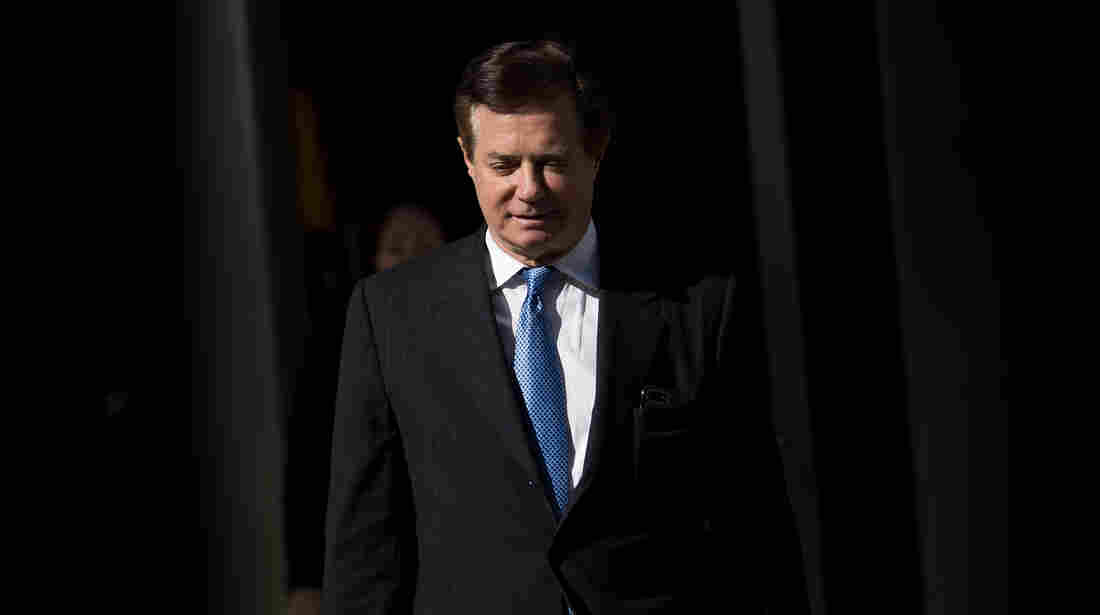 After Paul Manafort's plea, the question now is what else Manafort has done, what he knows and what the office of Justice Department special counsel Robert Mueller might use in its investigations or prosecutions down the line. Drew Angerer/Getty Images hide caption 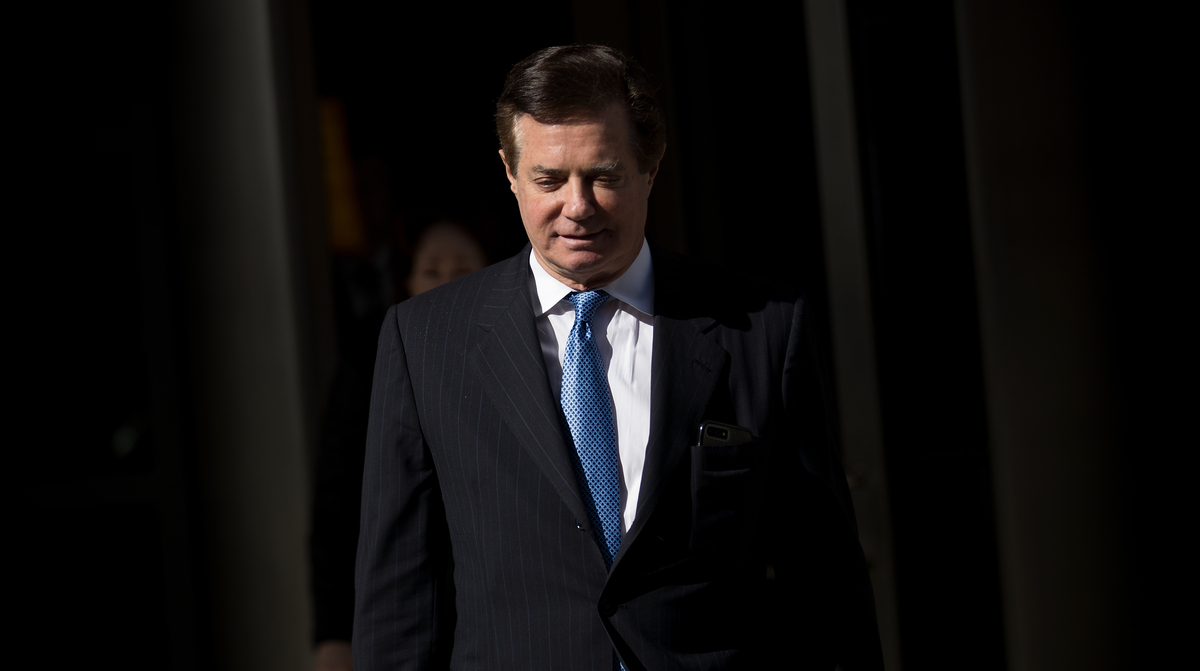 After Paul Manafort's plea, the question now is what else Manafort has done, what he knows and what the office of Justice Department special counsel Robert Mueller might use in its investigations or prosecutions down the line.

This week in the Russia investigation: Paul Manafort turns state's evidence ... what will he tell the government?

After a long career as an advocate for political animals of nearly every kind across the world, Paul Manafort is now going to work for the United States government.

Donald Trump's onetime campaign chairman pleaded guilty on Friday to avoid his second federal trial and signed a deal that obliges him to help the Justice Department. The deal is for a case in Washington, D.C. He previously was convicted in a separate case by a federal jury in Alexandria, Va.

The White House and attorneys for President Trump were sanguine, insisting that Manafort's case means nothing for them and that the wrongdoing that Manafort has admitted has no connection either to the administration or to the 2016 presidential campaign.

In point of fact, that is so: Manafort's two federal cases have involved his lobbying work on behalf of the now-former president of Ukraine, the way Manafort failed to disclose it as required by law and the way he concealed the millions of dollars he earned.

The question now is what else Manafort has done, what he knows and what the office of Justice Department special counsel Robert Mueller might use in its investigations or prosecutions down the line.

The possibilities are extensive. They could scale from netting a few more small fish around Washington, D.C., to the biggest whale in these waters.

Manafort has admitted to working with a number of law firms, public relations agencies and others as part of his work for former Ukrainian President Viktor Yanukovych. He also has admitted concealing that work instead of disclosing it under the Foreign Agents Registration Act.

FARA, as it is known, was widely considered a joke until Manafort and his onetime protege, Rick Gates, were indicted last year. The Justice Department seldom punished lobbyists who failed to register.

Now it has brought such cases against at least three: Manafort, Gates and a consultant in their orbit, W. Samuel Patten. At least one more person has been caught up in the Ukraine work, too: Dutch attorney Alex van der Zwaan, who was sentenced to prison time earlier this year.

Evidence from Manafort may permit the Justice Department to lay waste to the lucrative world of foreign lobbying, if that's the direction Mueller wants to travel.

In the case of Patten, the special counsel's office didn't even handle the case itself; it spun off a recommendation to prosecute to the National Security Division of the big Justice Department. Manafort's cooperation could mean there are more such cases involving big K Street players.

Could Manafort help Mueller's office nail down cases against Manafort's onetime business partner, Roger Stone? Stone has said he thinks he's next to be indicted — though he denies wrongdoing.

Stone never was a formal part of the Trump campaign in 2016, but he is a regular adviser of Trump's and he was in contact with WikiLeaks, which distributed the embarrassing information about Democrats and other targets of Russian cyberattacks.

Or could Manafort implicate Donald Trump Jr.? The two men hosted — along with Trump's son-in-law, Jared Kushner — the Russian delegation that offered "dirt" on Hillary Clinton to the Trump campaign. No recordings or transcripts have emerged from that meeting and the public has had to rely on the statements of people involved. Except Manafort's.

If Manafort confirms the established narrative about the session, that is significant. If he gives an account that varies from it, that is significant. The Senate Judiciary Committee has released Manafort's notes from the Trump Tower meeting, but so far nothing more detailed from him about it has emerged publicly.

What if Manafort knows something else, or many other somethings else, that are not part of the Russia imbroglio as it is understood today? His relationships with powerful Eastern European figures could be significant. Or people closer to home: Manafort has been a highly connected Republican political operative since the days of Gerald Ford.

Does that mean bad news for Trump? Manafort's camp has insisted that he has nothing to offer the government on the president, and the White House stated unequivocally on Friday that it has no connection to the plea deal.

Maybe that's the end of this.

Or maybe the world has changed now that Manafort has gone from a private citizen to a cooperating federal witness. These arrangements have that kind of effect on people.

The price of avoiding the second trial was that Manafort has agreed to help prosecutors with "any and all matters" going forward, and there is no way to know whether that may involve Trump and Russia or things like the payments Cohen made to women to quiet their allegations about Trump ahead of Election Day — or something else.

From behind the dark side

Imbroglio-watchers wondered whether Mueller's office might observe a 60-day quiet period ahead of Election Day to forestall accusations that its work created political disruptions for Republicans.

The answer, based on Friday's news, appears to be "no," although it's possible the window before this year's midterm elections now actually will be quieter than it might have. Manafort was set to have gone on trial during the putative quiet period, with jury selection scheduled for next week and opening arguments set for the week after.

Now, none of that will happen and there won't be a marathon of headlines about the case, prosecution witnesses, evidence, arguments and so forth.

Even if Manafort has helped Trump and Republicans, in one sense, by vitiating a high-profile trial this fall, he may hurt them politically — or, ultimately, legally — by cooperating with the Justice Department. That could affect his chances for a presidential pardon.

Trump's power to pardon under the Constitution is broad. In fact, his attorneys argue it is so vast it includes the prospect that he could pardon himself. (That is not a universally accepted principle.)

But clearly now there are complicating factors in Manafort's case.

One involves the other track of the Russia imbroglio, involving alleged obstruction of justice. If the special counsel's office is looking for evidence of what the law calls "corrupt intent" by Trump to frustrate the investigation, it might seize on a pardon for Manafort just after his guilty plea but before he can begin cooperating in earnest.

The politics of such a move might also trigger a political backlash against the president and Republicans at a time when they do not want voters to be thinking about the Russia investigation. So if there is to be a pardon, the most logical time for it might be later this year.

The nature of Manafort's deal, however, may mean that the pardon ship has sailed. Trump praised Manafort last month when he said that, unlike Cohen, Manafort had "refused to break." The president said how bad he felt for Manafort and lamented at how unfairly he said he had been treated.

Now, however, Trump's comments may no longer be "operative," as White House officials might have said in another time and place. Trump already has been distancing himself from Manafort and following Friday's news, now may cut him adrift.