Accessibility links
There's No Stopping Toronto's 'Uber-Raccoon' Toronto is known for its raccoons' aggressive ability to get into garbage cans. The city spent millions trying to fight the gray menace — with mixed results. 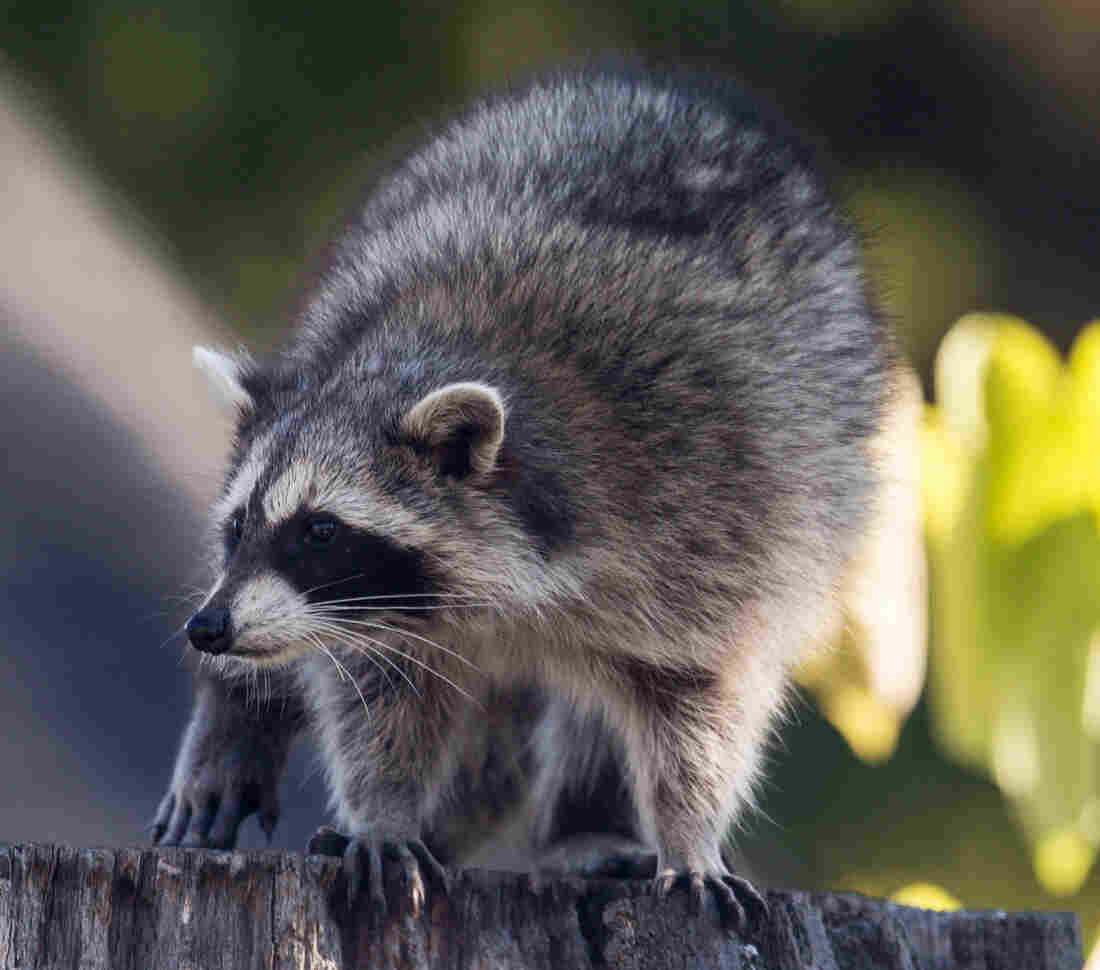 A raccoon sitting on the stump of a tree in the Beaches in Toronto. The Toronto Star's Amy Dempsey thinks there's a particularly smart one in her neighborhood. David Cooper/Toronto Star via Getty Images hide caption 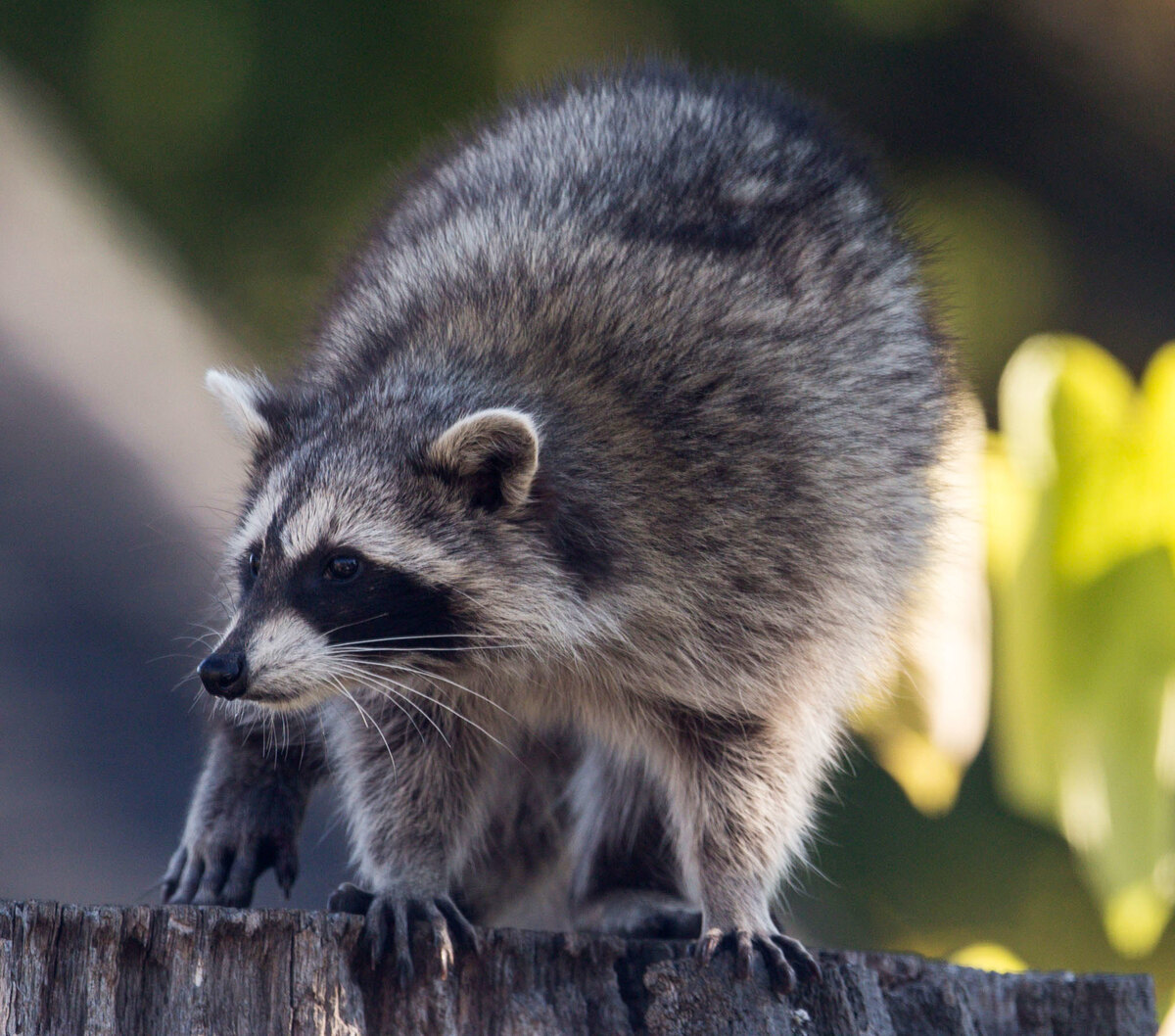 A raccoon sitting on the stump of a tree in the Beaches in Toronto. The Toronto Star's Amy Dempsey thinks there's a particularly smart one in her neighborhood.

Toronto has been called the "raccoon capital of the world."

The "trash pandas" — as they're (possibly) affectionately known — have been particularly adept at getting into Torontonians' garbage bins.

The raccoon scourge was bad enough that the city spent CA$31 million on "raccoon-resistant" organic green-colored waste bins in 2016. It was the latest assault in what Canadian media have called a "raccoon war."

The Toronto Star recently published a 6,000-word investigation on the bin battle.

"It began in January when I got a message from a friend saying the new green bins have eliminated the raccoon population in Toronto," says reporter Amy Dempsey, who broke the story. "This friend hadn't seen the family of raccoons that had been living in his yard."

Dempsey tells NPR's Lulu Garcia-Navarro on Weekend Edition that she reached out to animal behaviorist and raccoon expert Suzanne MacDonald, who had been hearing the same concerns from locals, worried about the possibility that the city's "very fat" raccoons would starve.

"She had been measuring and weighing dead raccoons since about a year before the green bin rollout started to see whether their body mass index changed. So I asked if I could go with her and that's where it started," Dempsey says.

MacDonald wasn't able to initially say the raccoons were losing weight. But "they're not starving to death, that's for sure," she told Dempsey.

Raccoons weren't able to open the bins in tests that MacDonald ran — they don't have opposable thumbs.

But somehow raccoons kept getting into some people's trash cans, including those of Dempsey and her neighbor.

Was it an "uber-raccoon"? "I imagined meetings led by genius raccoons like ours who had successfully broken into green bins and now enjoyed prestige in the raccoon community," she writes.

City officials and a representative from the garbage can maker blamed faulty or broken bins for the break-ins. They told Dempsey that latches can become loose over time.

The allegedly faulty bin got replaced with a new one.

"Then the raccoons got into the second bin and then the city came back and said, 'Well, actually we think there might be something wrong with the second bin that you've had,' " Dempsey tells NPR.

Around this time in the story, MacDonald checked back in to say the dead raccoons were coming up just as heavy as before, if not slightly heavier. They still weren't starving.

A bin company sales manager said Dempsey's second bin had a faulty handle and was too easy to turn. "The city maintains that the bins are working well and the breaches are not a widespread problem, with just 24 raccoon-related complaints out of nearly half a million bins," Dempsey writes.

Dempsey doesn't think it's a widespread problem either — just that there happens to be "The Smartest Raccoon in East York" prowling her neighborhood. There might be more.

"One of the videos I captured, the raccoon just walks up to the bin, pulls it right down and it lands with a bang and then she turns and looks directly at the camera almost as if to say, 'Huh, you can't stop me. You can't stop me.' "

NPR's Alexis Diao and Ian Stewart produced and edited this story for radio.