Accessibility links
Memoirist: Evangelical Purity Movement Sees Women's Bodies As A 'Threat' In Pure, Linda Kay Klein reflects on the "deep, long-lasting shame" caused by churches that claim women and girls are responsible for the sexual desires of men. 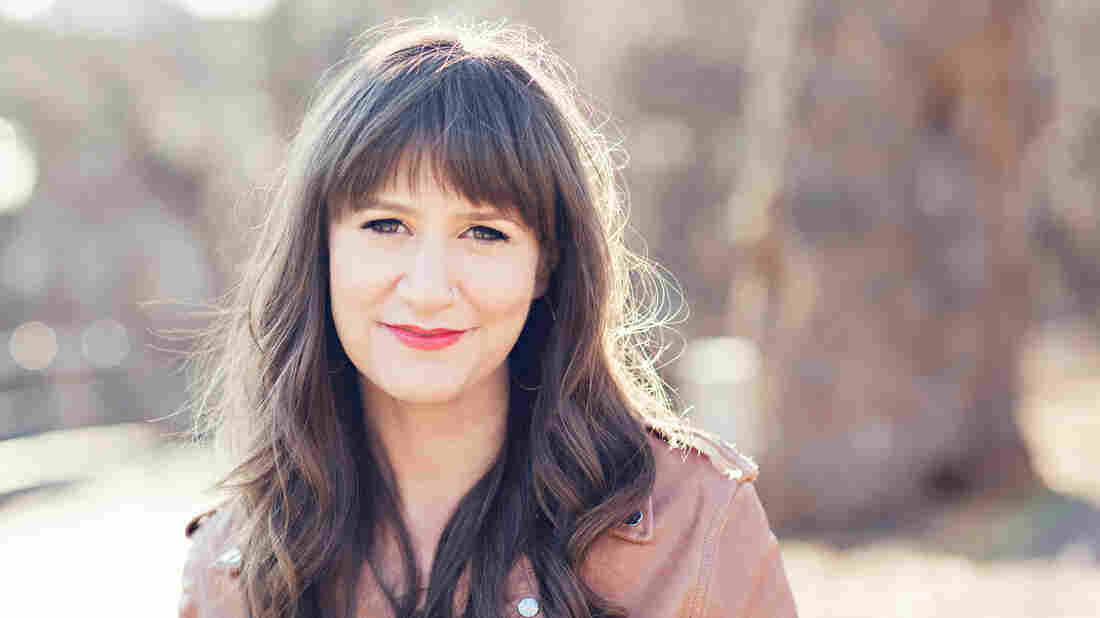 When she was 13, Linda Kay Klein joined an evangelical church that valued sexual purity. She recounts her experiences in the memoir Pure. Jami Saunders Photography/Simon & Schuster hide caption 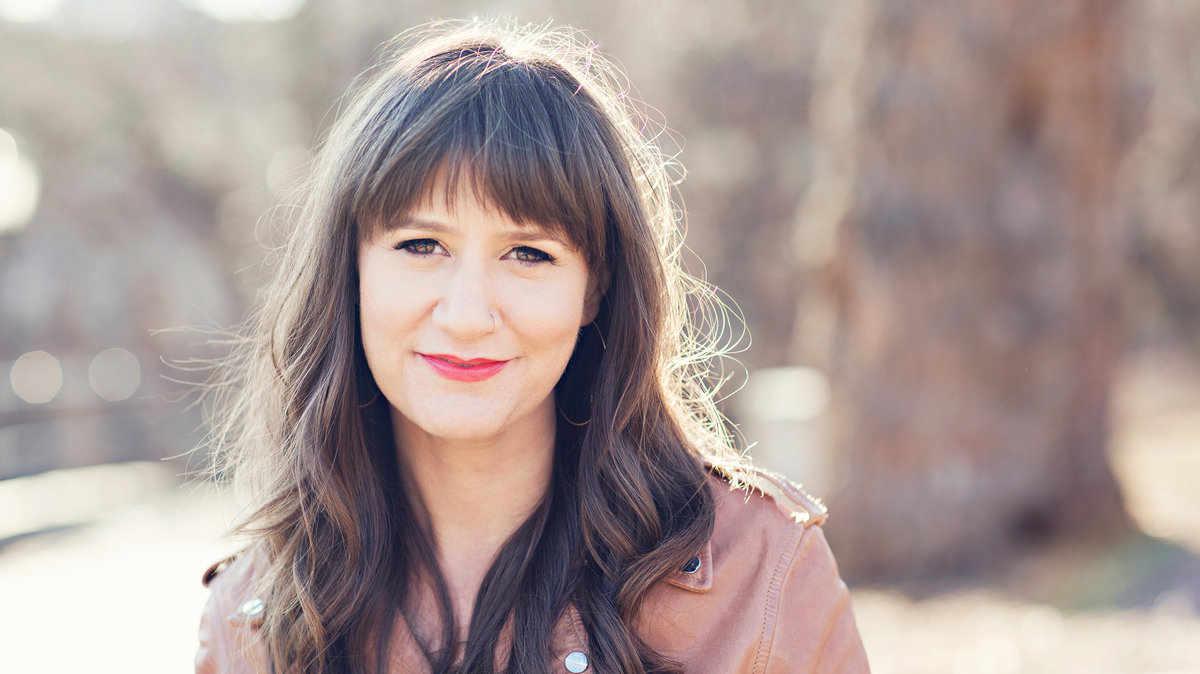 When she was 13, Linda Kay Klein joined an evangelical church that valued sexual purity. She recounts her experiences in the memoir Pure.

When Linda Kay Klein was 13, she joined an evangelical church that prized sexual "purity" and taught that men and boys were sexually weak.

According to Klein's faith, girls and women were responsible for keeping male sexual desire in check by wearing modest clothing, maintaining a sexless mind and body and taking a "purity pledge," in which they promised to remain virgins until marriage.

Klein says the central tenet of the purity movement is to delay the age at which young people first have sex. But in practice, she says, the movement is most effective at stifling women's sexuality and creating a "deep, long-lasting shame" among its practitioners.

Because she was a curvy teen, Klein was often chastised for not being modest enough. Even after leaving the church when she was in her 20s, Klein continued to experience anxiety and shame about her body and sexuality.

"When I left, I thought that I was going to be completely free of sexual shame and fear and anxiety," she says. Instead, she says, "I had so internalized the sexual shaming, that I no longer needed external shamers. ... I was more than capable of shaming myself."

Klein is the founder of Break Free Together, an organization that tries to help people escape the sexual shame from their upbringing. Her new memoir is Pure: Inside the Evangelical Movement That Shamed a Generation of Young Women and How I Broke Free. 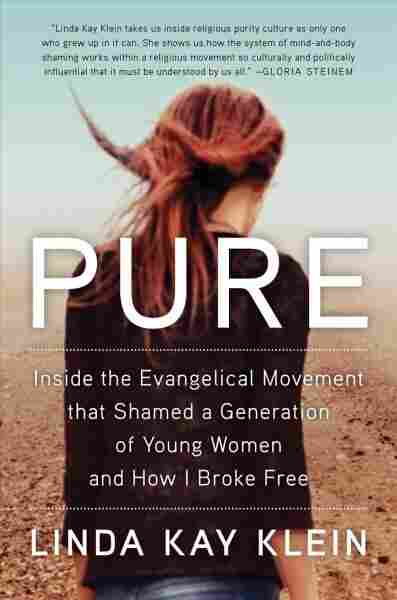 It wasn't until I started to call up my girlfriends from back home in the evangelical church in which I was raised and started telling them what I was experiencing — and then [I] sat with my jaw just dropped to the floor as they told me very similar stories from their own lives [and] I started to realize that I wasn't alone.

I spent a year sitting down with people in coffee shops and in living rooms and in bars and talking to them about their adult experiences with sex and gender and sexuality, having also been raised in the purity movement. That year was such an "a-ha" for me because I kept hearing the same stories that mirrored the pain of my own life, this, again fear and shame and anxiety that for many of us was manifesting physically in ways that even mimicked classic PTSD.

On how her shame and fear of sexuality manifested physically

It started with nightmares, and that's incredibly common. It was common for me, but it's also something I hear a lot about from folks who I interview about this. A lot of us also had these this anxiety that lived in our bodies. For me that meant my eczema that comes out when I get stressed, would come out when I would have sexual thoughts or feelings or make sexual choices, because I had this sort of association of deep anxiety around my sexuality. Whereas some of the people I was interviewing ... this was so physicalized that they were having panic attacks — literal panic attacks — and they were going to the hospital.

"If A, then B," is what we were taught. If you are pure — non-sexual to whatever extent is the requirement — before marriage, then you will have a perfect, blissful highly sexual life after marriage. You will please your husband. He will never leave you. He will never cheat on you, because you will be such a sexual delight for him.

And it's fascinating, because this teaching doesn't really work. The reality that I've learned from my interviews in particular is that, "If A, then A." If you learn to shut down your sexuality, if you learn to train your body to experience shame to protect you from the consequences of your sexuality, in your community, "then A" — after you get married you often still struggle with turning your sexuality on.

On how gender roles are important in the purity movement

The first exposure I had to the purity message was actually about gender. Gender and sexuality are deeply intertwined in the purity movement. You aren't just supposed to be sexually pure, but you are supposed to be pure in your gender expression. So women and girls are expected to be hyper-feminine, supportive followers of men and boys who are expected to be hyper-masculine leaders, supportive and loving leaders, but leaders nonetheless. And if either the man or the woman or the girl or the boy strays from their gender expectation, for example, if the woman leads too much or the man becomes her follower, the idea is that the whole picture topples. ...

In this culture, men and boys are talked about as being sexually weak and women and girls are supposed to be the holders of all sexual purity. So ultimately women and girls are responsible for the sexual thoughts and feelings and choices that men make, and it's women and girls' responsibility to dress right, to act right, to talk right, to do everything just right to ensure non-sexuality for all people — and if they don't, they potentially risk being categorized as impure or as a harlot.

On overcoming shame and experiencing pleasure in her sex life

The purity message that I was raised with in the evangelical church is not very different than the message that we learned in society. In the church we learn that you are either "pure" or "impure" but in society we hear about "good girls" and "bad girls."

There was a lot of fear and anxiety. ... When I was trying to have sex — and this is something I hear a lot of my interviews as well — that pleasure is something that we have learned to be quite afraid of. And it requires a whole rewriting of our relationship to ourselves and to our bodies to be able to see pleasure is a good thing, and as a valuable thing and to be able to move through the shame and the anxiety to be able to get to it.

And, of course, this isn't just true of people who are raised in the evangelical church. ... The purity message that I was raised with in the evangelical church is not very different than the message that we learned in society. In the church we learn that you are either "pure" or "impure" but in society we hear about "good girls" and "bad girls." ... I've hardly talked to a person — especially a woman — who hasn't experienced some level of sexual shame and difficulty with embracing pleasure.

Lauren Krenzel and Seth Kelley produced and edited this interview for broadcast. Bridget Bentz, Molly Seavy-Nesper and Meghan Sullivan adapted it for the Web.

Read an excerpt of Pure