Accessibility links
Under Pressure, WeWork Backs Down On Employee Noncompete Requirements Under scrutiny by the New York attorney general, the co-working giant, which has 3,300 U.S. employees, got rid of legal language that restricted where former employees could work.

Listen · 2:47 2:47
Under Pressure, WeWork Backs Down On Employee Noncompete Requirements 2:47 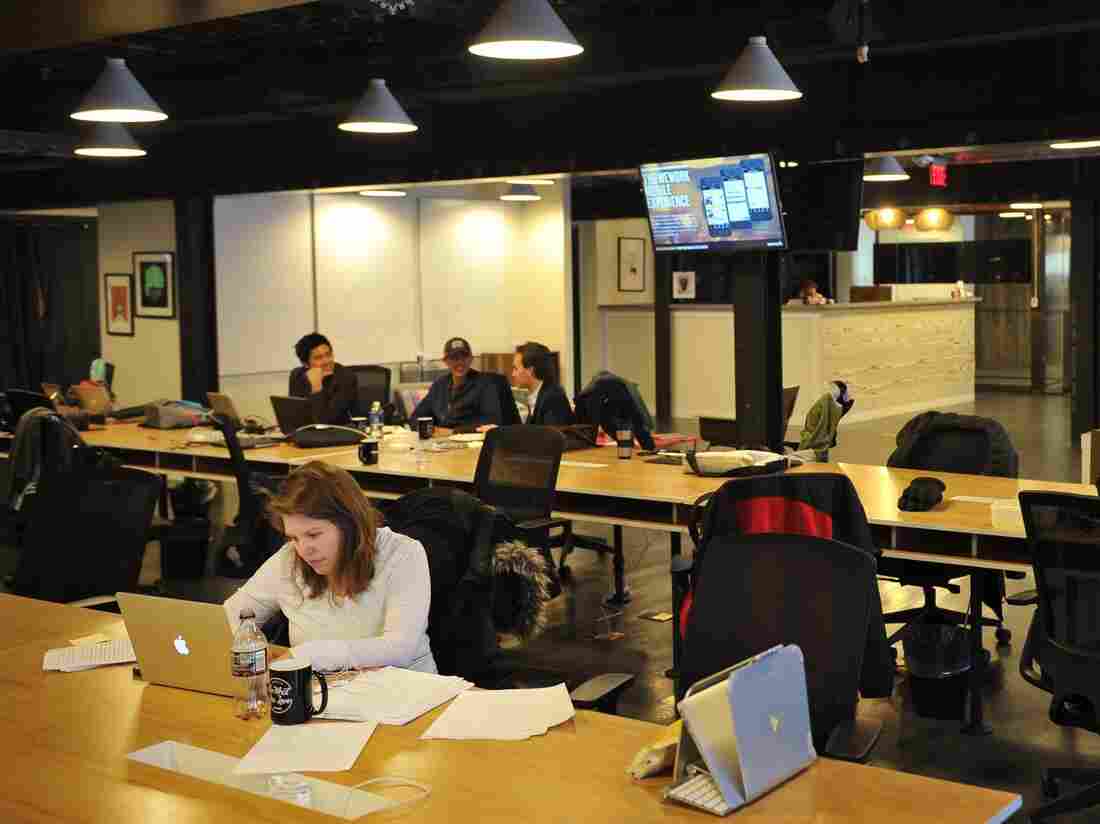 People work at tables inside the WeWork co-working space in Washington, D.C., in 2013. The company pioneered the office rental sector known as co-working, where users lease shared workspace by the month. Mandel Ngan/AFP/Getty Images hide caption 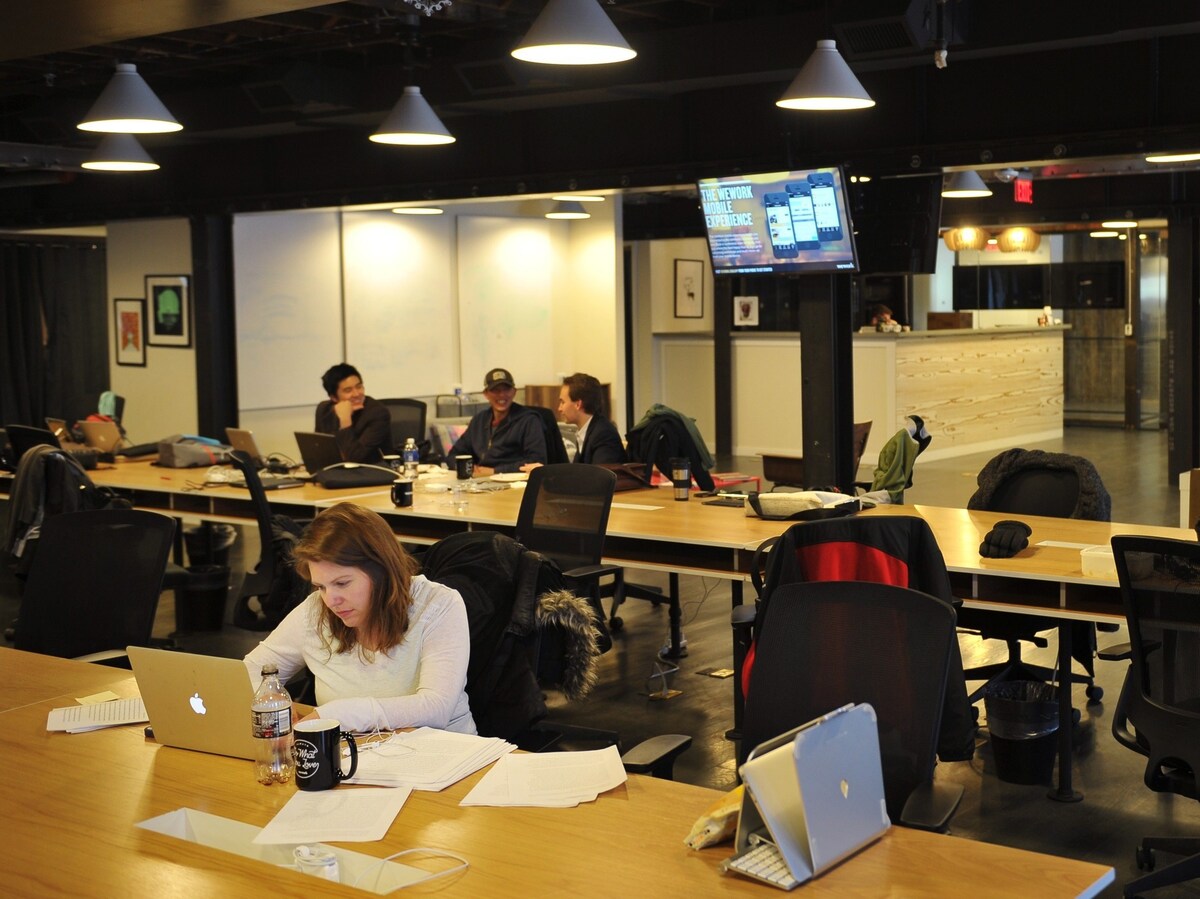 People work at tables inside the WeWork co-working space in Washington, D.C., in 2013. The company pioneered the office rental sector known as co-working, where users lease shared workspace by the month.

The attorney general of New York has reached an agreement with WeWork to eliminate or modify noncompete clauses from most of its employment contracts, which restricted workers' ability to find new jobs.

Noncompete agreements generally have been standard for executives and in high-tech, where companies are trying to protect intellectual property or trade secrets from being transferred to rivals.

But regulators are increasingly concerned such legal restrictions are being applied to jobs far down the ladder — even in fast food and retail. Economists also worry that such clauses could be limiting wage growth by restricting workers' mobility.

Fast-Food Chains Back Away From Limits On Whom They Hire

"Workers should be able to take a new job without living in fear of a lawsuit from their former employer," said New York Attorney General Barbara Underwood. "Yet too often, noncompete agreements are misused, especially when it comes to low-wage workers — limiting employees' mobility and opportunity and preventing businesses from hiring the best person for the job."

In July, under pressure from the Washington state attorney general, seven fast-food chains agreed to eliminate similar language that restricted workers from getting jobs within the same franchise. Other state attorneys general say they are investigating other chains in the industry.

In WeWork's case, the Illinois attorney general had also started investigating the company's noncompete clause; it closed its investigation with this agreement.

WeWork pioneered the office rental subindustry known as co-working, where users lease shared workspace by the month. WeWork has grown to be the industry leader in co-work, with 287 locations internationally.

WeWork employs 7,500 people globally and 3,300 in the U.S. — including janitors, baristas and executive assistants — all of whom previously had to sign employment agreements in the hiring process that barred them from working for a competitor after leaving WeWork. The clause previously also prohibited workers from working anywhere WeWork operated.

In a statement, WeWork said it has been working with the state attorneys general for two years and that the company was already in the process of revamping its policy.