Accessibility links
China Sets Tariffs On $60 Billion In U.S. Goods, Retaliating Against U.S. Duties Hours after President Trump announced tariffs on $200 billion in Chinese goods, Beijing responded with its own levies on $60 billion worth of U.S. products. 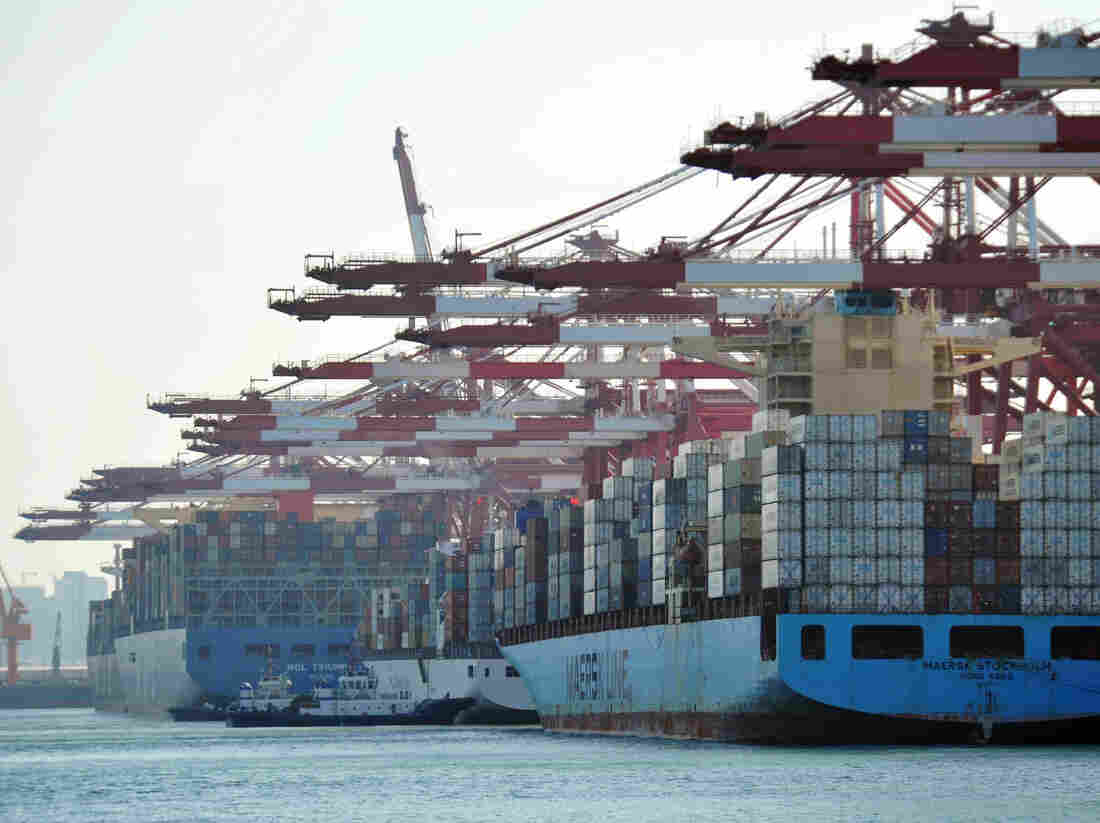 Cargo containers are loaded on ships at a port in Qingdao in China's eastern Shandong province in April. China said it will impose tariffs of 5 percent to 10 percent on $60 billion worth of U.S. products, starting on Monday. -/AFP/Getty Images hide caption 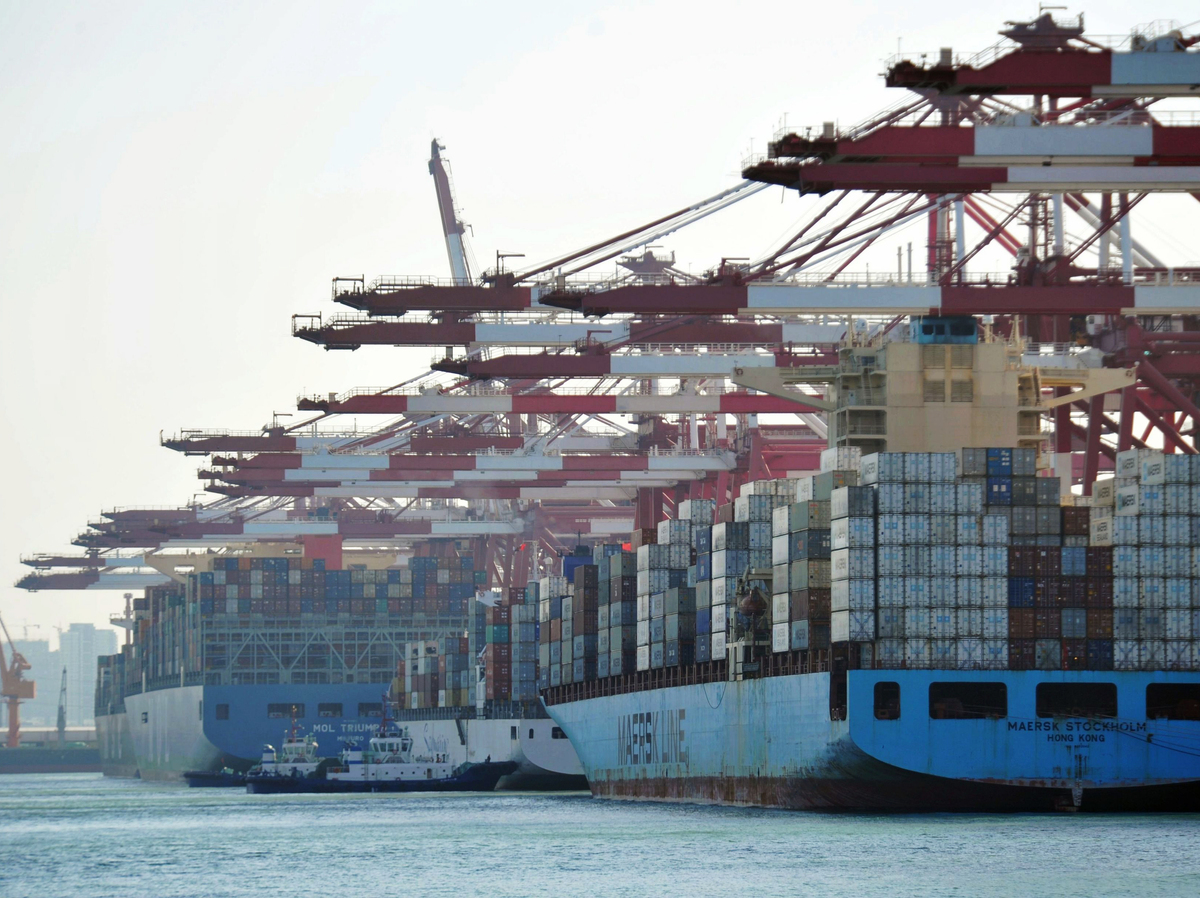 Cargo containers are loaded on ships at a port in Qingdao in China's eastern Shandong province in April. China said it will impose tariffs of 5 percent to 10 percent on $60 billion worth of U.S. products, starting on Monday.

Hours after President Trump announced tariffs on $200 billion in Chinese goods, China responded with its own levies on $60 billion worth of U.S. products.

Chinese state television on Tuesday reported that the government has decided to impose tariffs of 5 percent to 10 percent on $60 billion worth of U.S. products, starting on Monday. The tariffs will apply to 5,207 items.

If the U.S. continues to raise its tariffs, China will respond in kind, the report said. That sets the stage for yet another set of tariffs. Trump on Monday also threatened to add levies on about $267 billion of additional imports if China retaliated.

"The Chinese side reiterates that the aim of imposing these tariffs is to prevent trade frictions from escalating and it is a measure of last resort against American unilateralism and trade protectionism," the Chinese state television report said.

In a post on its website, China's Commerce Ministry accused the U.S. of causing an "economic emergency" in China and forcing China to retaliate.

In announcing the U.S. tariffs against China on Monday, Trump said China's trade practices, such as forcing U.S. companies to transfer technology to Chinese firms, "plainly constitute a grave threat to the long-term health and prosperity of the United States economy." Those tariffs, targeting $200 billion in Chinese goods, will start at 10 percent and rise to 25 percent in 2019 if China does not make concessions.

A senior Trump administration official said Monday that, while it seeks changes in China's trade policies, the U.S. is "not trying to constrain China's growth. ... We remain open to negotiations. We hope that China will come to the table and address the concerns we have raised."

U.S. business officials are continuing to express concerns about the escalating trade war.

Trade Wars And The Batman Problem

"We disagree with the tactics that the president is using," Jake Parker, vice president of the U.S.-China Business Council in Beijing, said on NPR's Morning Edition.

"We don't think tariffs are the answer," Parker said. "We think the two sides need to sit down and negotiate an outcome that is beneficial to both countries, and helps the Chinese implement the types of reforms that the Trump administration is looking for."

Moody's, the credit-ratings agency, said the tariffs will hurt the world economy "by distorting prices and creating inefficiencies globally. Companies that rely on global supply chains will likely hold off investment decisions given the uncertainty around tariffs."

White House trade adviser Peter Navarro, also speaking on Morning Edition, was asked about the tariffs' impact on U.S. consumers of Chinese-made products. He said that other countries, including South Korea and Vietnam, "will be delighted" to increase their production to make up for goods that would cost more as a result of the U.S. tariffs on China.