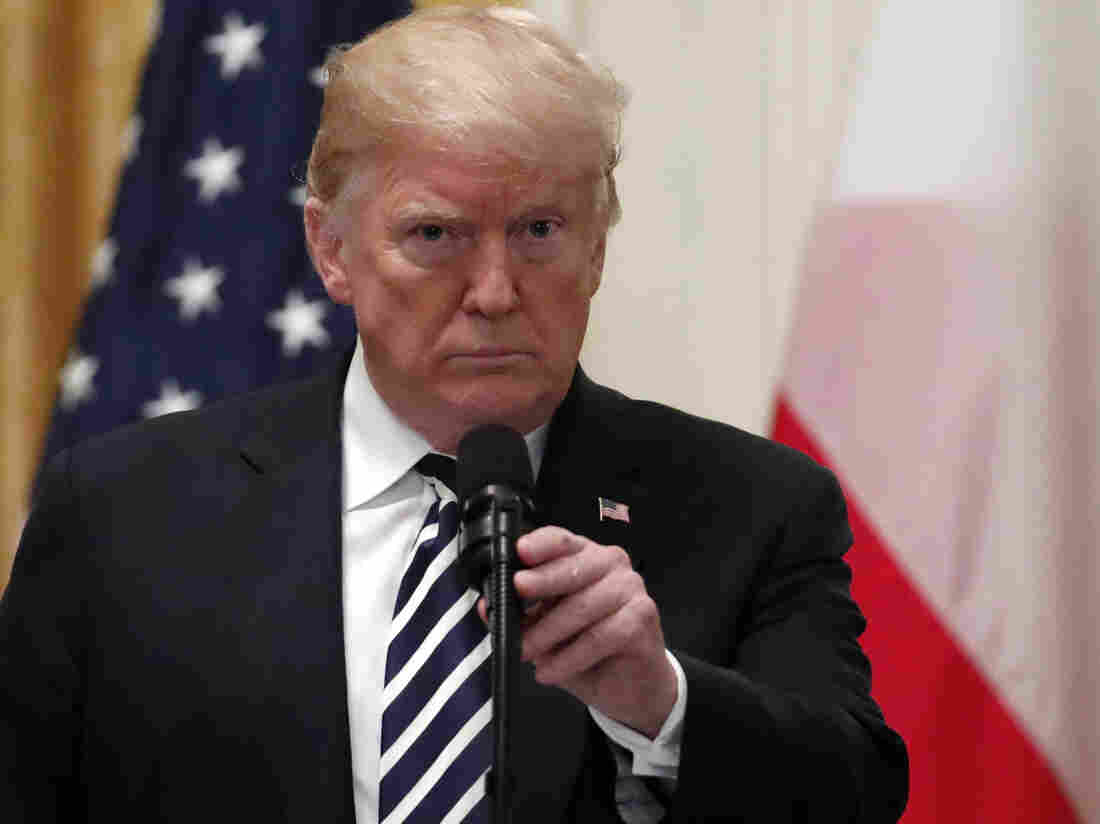 President Trump says he wants to release documents about the Russia investigation out of "transparency," but ex-national security officials say he is imperiling sensitive information. Alex Brandon/AP hide caption 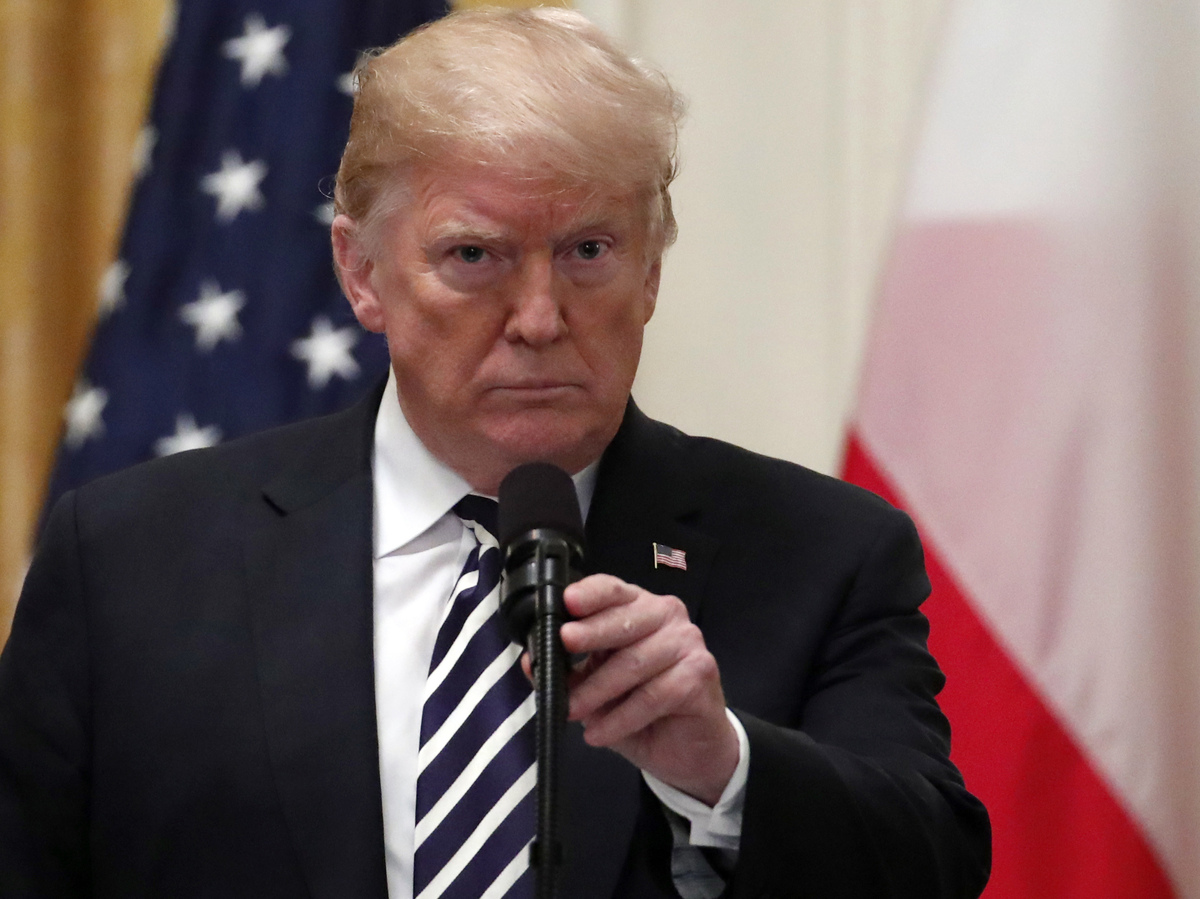 President Trump says he wants to release documents about the Russia investigation out of "transparency," but ex-national security officials say he is imperiling sensitive information.

President Trump wrote on Tuesday that he ordered the release of classified materials about the ongoing probe into Russian election interference because "really bad things were happening."

The White House said Trump is taking this action out of a desire for "transparency," but former law enforcement and intelligence officials warned the directive threatens to expose sensitive sources and methods.

The document dump escalates the White House attack on the Justice Department only days after Trump's former campaign chairman Paul Manafort agreed to plead guilty and cooperate with the special counsel investigation.

Trump has ordered the release of communications involving people on his enemies list and sections of an application under the Foreign Intelligence Surveillance Act — something that has never happened before.

"The release of FISAs like this is off the charts," former Assistant Attorney General for National Security David Kris wrote about the secret orders.

"It is especially unprecedented considering that the FISAs have already gone through declassification review and the president is overruling the judgments of his subordinates to require expanded disclosure."

The release of FISAs like this is off the charts. It is especially unprecedented considering that the FISAs have already gone through declassification review and the President is overruling the judgments of his subordinates to require expanded disclosure. 1/3

The release of the surveillance documents also could cause major ripple effects in the courtroom in future national security cases.

Government lawyers have a long and successful history of pushing back in national security prosecutions to prevent the disclosure of those applications to defendants, said David Laufman, who ran the Justice Department's counterintelligence unit before launching a private law practice earlier this year.

"The president's declassification order — especially because it is transparently motivated by partisan political considerations — will likely make it harder for prosecutors to maintain that winning record because some judges will be more skeptical of the government's arguments that disclosure would do serious harm to U.S national security," Laufman said.

The Justice Department said it is working with the FBI and the director of national intelligence "to comply with the president's order." That review process is underway and a spokeswoman for the DNI said Tuesday they are working "expeditiously with our interagency partners."

Rep. Matt Gaetz, R-Fla., is among the Republican lawmakers with close ties to the White House who has been demanding the documents be released.

Gaetz said they will reveal "some of the systemic corruption and bias that took place at the highest levels of the DOJ and the FBI."

"Basically you have a counter terrorism tool used to spy on a presidential campaign, which is unprecedented in our history," Trump tweeted in remarks quoting Rep. Peter King, R-N.Y.

“What will be disclosed is that there was no basis for these FISA Warrants, that the important information was kept from the court, there’s going to be a disproportionate influence of the (Fake) Dossier. Basically you have a counter terrorism tool used to spy on a presidential...

....campaign, which is unprecedented in our history.” Congressman Peter King Really bad things were happening, but they are now being exposed. Big stuff!

But FISA applications are prepared by career lawyers at the Justice Department and the FBI, supported by volumes of underlying evidence, and require signoff from high levels at both institutions.

The applications on Page, who was exposed to law enforcement scrutiny over his ties with Russia, were approved four different times — by political officials from administrations representing both Democrats and Republicans.

The signature of Deputy Attorney General Rod Rosenstein on the final application — who was nominated by Trump and confirmed by the Republican Senate — has made Rosenstein a political target of conservatives.

Carrie Cordero, a former Justice Department national security lawyer who handled such applications, said she was "deeply concerned about the motivations and timing for this upcoming release."

"While transparency about intelligence community operations is important, the continued release of information related to the Russia investigation, the Carter Page FISAs and related materials appears to be for political purposes as we near midterm election," said Cordero, now a senior fellow at the Center for a New American Security.

"That neither builds confidence in intelligence community activities nor enhances the nation's security."

The topmost Justice Department officials involved also privately object, according to one account.

Rep. Adam Schiff, D-Calif., the ranking member of the House intelligence committee, said he had been "previously informed" by FBI Director Christopher Wray and Rosenstein that some of the materials Trump has ordered to be released amount to a "red line that must not be crossed as they may compromise sources and methods."

"This is evidently of no consequence to a president who cares about nothing about the country and everything about his narrow self-interest," Schiff said.