Accessibility links
How To Help Those Affected By Hurricane Florence In the aftermath of the catastrophic storm, officials are encouraging people to volunteer and donate. Here's a guide on how to do that. 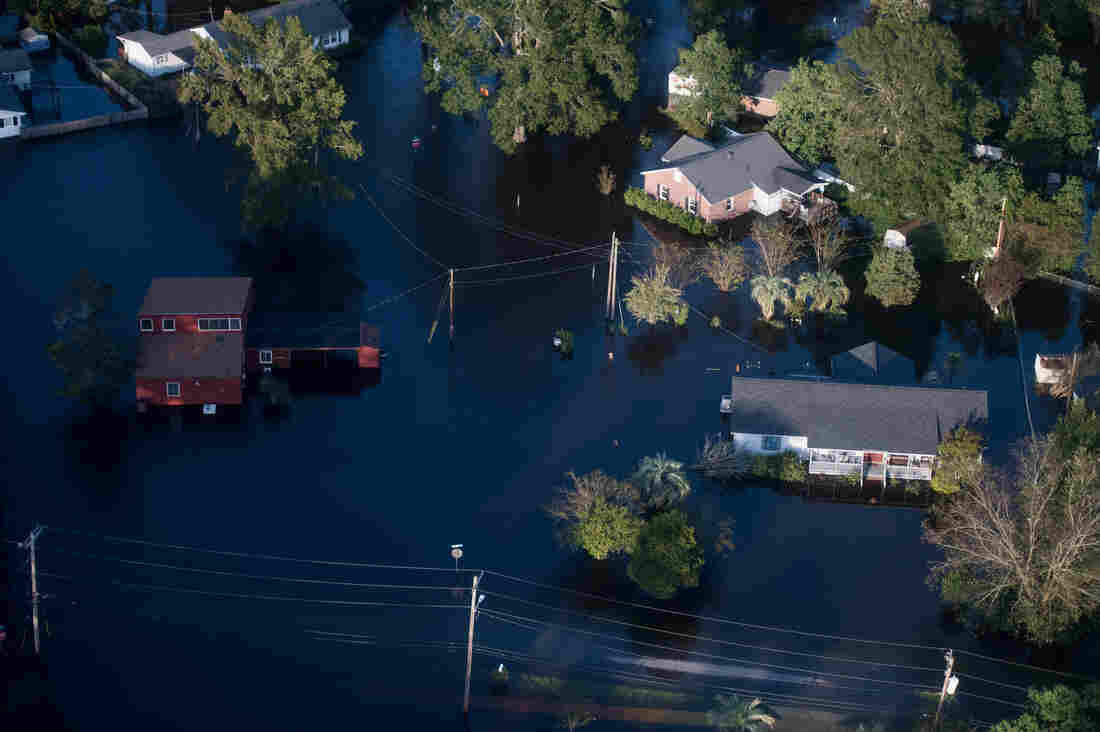 Homes in Conway, S.C., are surrounded by floodwaters from Hurricane Florence on Monday. Many rivers in the Carolinas are approaching record flood stages and their levels will continue to rise through the week. Sean Rayford/Getty Images hide caption 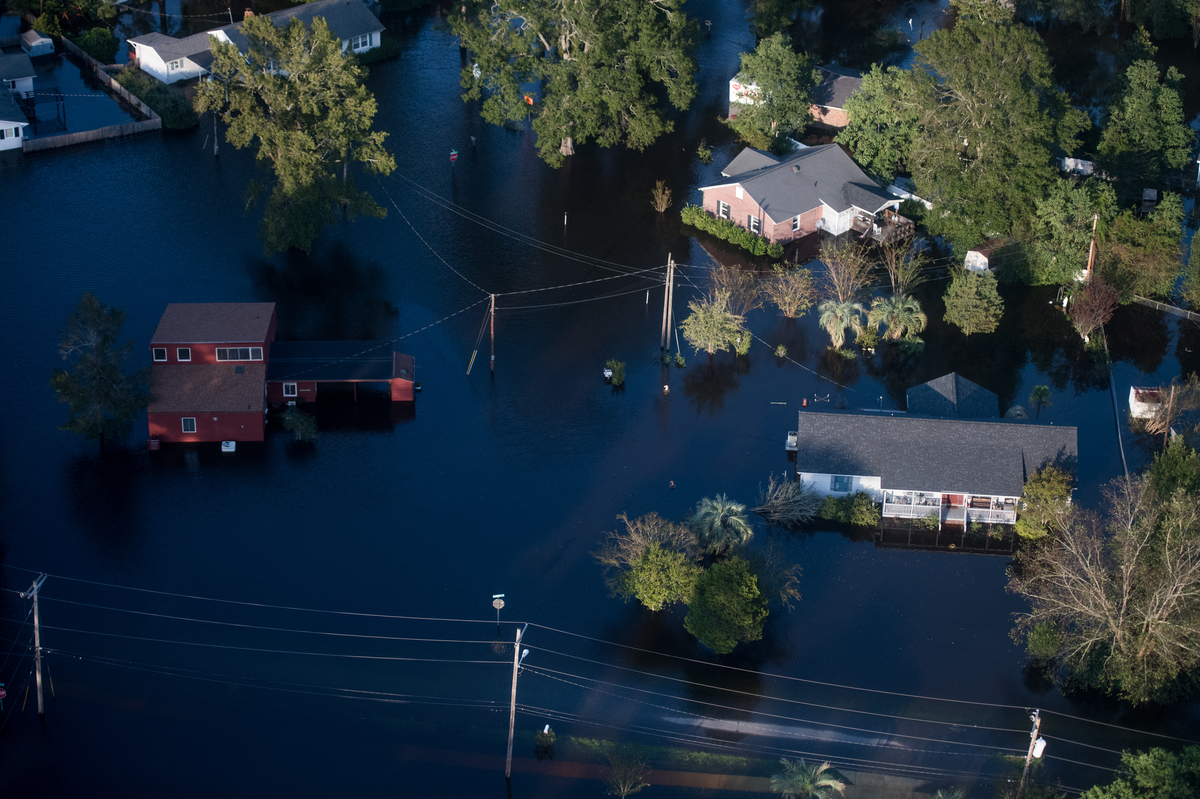 Homes in Conway, S.C., are surrounded by floodwaters from Hurricane Florence on Monday. Many rivers in the Carolinas are approaching record flood stages and their levels will continue to rise through the week.

Floodwaters keep rising in the Carolinas as post-Tropical Storm Florence continues to dump rain on the region. The dangerous storm has already left more than 30 dead and displaced thousands of others, leaving them without electricity or shelter.

In the aftermath of Florence, North and South Carolina officials are encouraging people to volunteer or donate if they can. Here's a guide to how to help.

Cash is king after a disaster, says Julia Brooks, a researcher with the Harvard Humanitarian Initiative. The initiative analyzes and improves the ways in which communities and professionals respond to emergencies. Brooks has studied dozens of disasters and said that often people's inclination is to donate supplies, but doing so can actually hinder recovery efforts.

"[Supplies] often clog up transportation systems; they become a burden on first responders in the area to manage, sort, warehouse and distribute, and often they aren't even the things that people need on the ground," Brooks said. "The exception is, when credible groups on the ground are requesting specific things and are saying that they are set up to receive them."

When in doubt, she says, donating cash is better.

With that in mind, people who are looking to donate should be wary of whom they are donating to and should research any organization before donating to it. Charity Navigator scores charities based on their financial reports and can help guide decisions on whether to donate to various organizations.

Most people are familiar with major organizations like the American Red Cross, the United Way and the Salvation Army. Here are some other reputable, national organizations also accepting donations:

Gleaning for the World — Gleaning for the World provides surplus medical and essential supplies from corporate donors for humanitarian efforts worldwide. The organization began accepting donations for those affected by Hurricane Florence prior to the storm's making landfall. Its website accepts cash donations, which will be used to support the distribution of donated supplies. The organization has a score of 84 out of 100 on Charity Navigator.

Donors Choose — Donors Choose is currently accepting cash donations to "help teachers care for their students and restock their classrooms with materials like books, furniture, classroom supplies, technology, and therapy resources" in areas hit by the hurricane. The organization has a score of 96 out of 100 on Charity Navigator.

International Medical Corps — A global nonprofit, International Medical Corps specializes in providing health care and medical supplies to disaster-stricken regions. The corps is currently on the ground in North Carolina providing medical treatment and is asking for financial support. The organization has a score of 84 out of 100 on Charity Navigator.

GoFundMe — GoFundMe has set up a landing page that aggregates verified campaigns intended to help those affected by Hurricane Florence. Campaigns have been started by organizations such as the Task Force 75 Inc. NFP, which is a volunteer disaster response team mainly made up of U.S. military veterans who believe that their service to the country and its citizens has not ended.

Operation BBQ Relief — Operation BBQ Relief provides meals for both displaced residents and emergency personnel. According to the organization's website, it has prepared equipment and resources and is ready to move into hurricane-affected areas as soon as conditions are safe. It is asking for cash donations as well as volunteers. The group was founded in May 2011.

World Hope International — The Virginia-based charity is on the ground in affected areas and accepting donations. The group is working with its church partners to distribute supplies and has a score of 92 out of 100 on Charity Navigator. 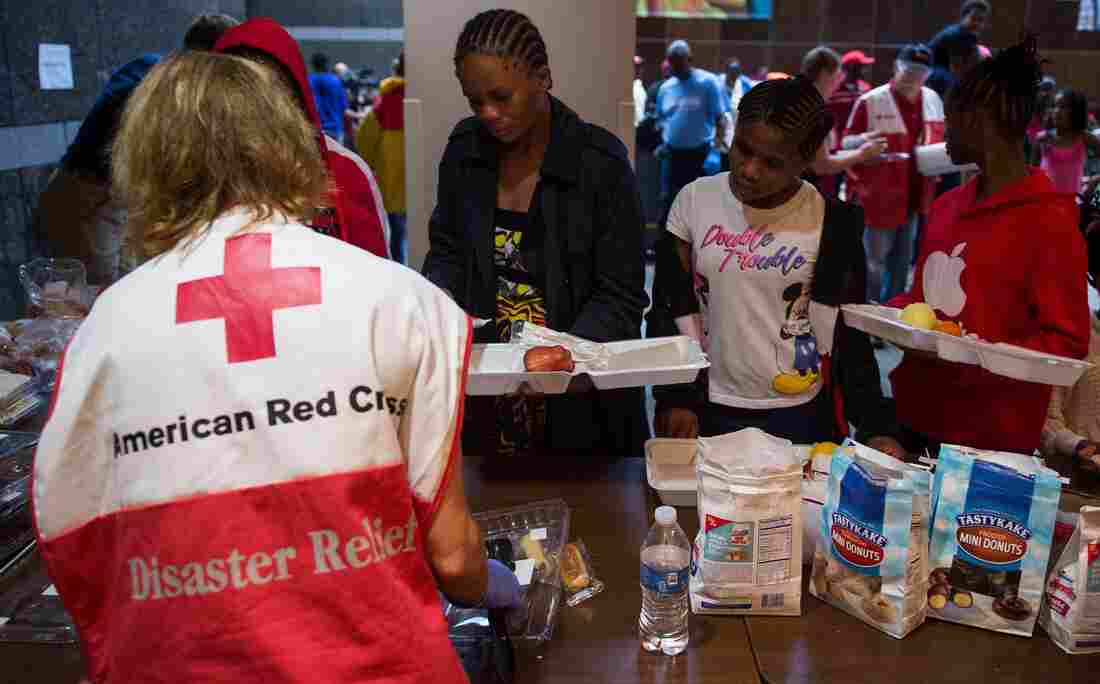 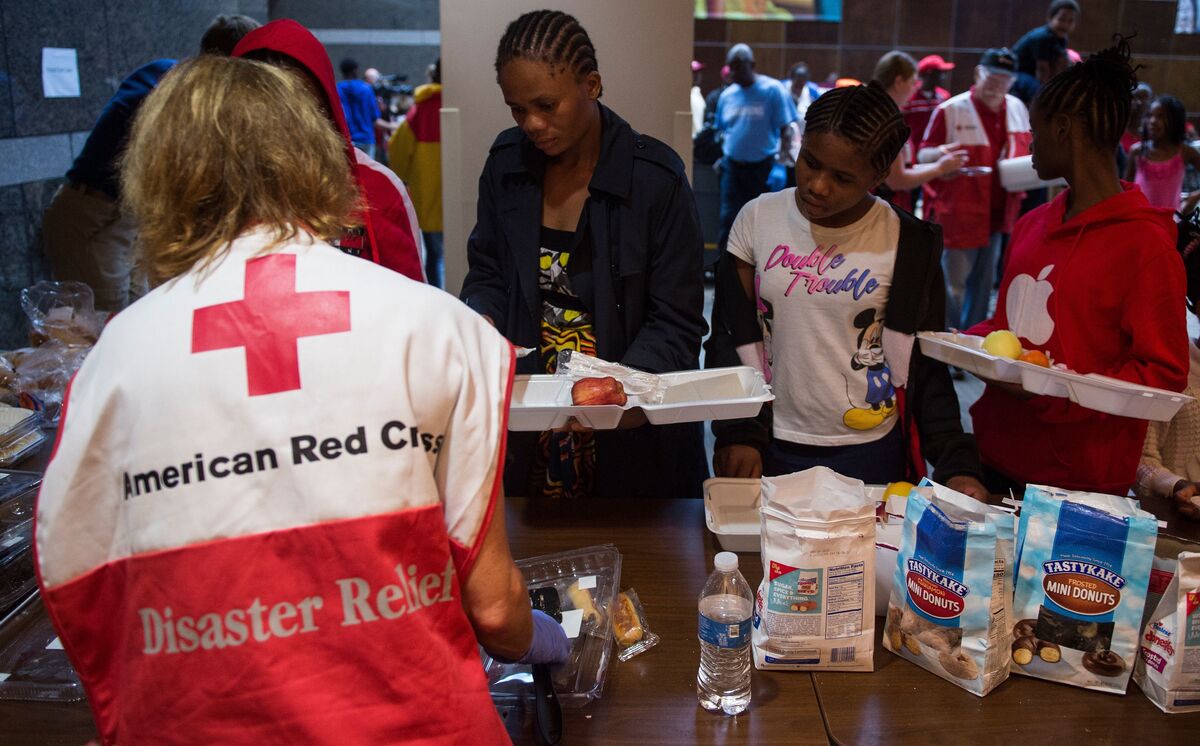 Local organizations often have a more intimate knowledge of local conditions and the best ways to address community issues. In terms of whether to donate locally or nationally, Brooks said, "It really depends. I wouldn't say it's better to find a national or a local organization. It's good to find a credible organization."

The North Carolina Disaster Relief Fund — Set up and managed by the state's government, the fund is accepting money as well as volunteers. Contributions will help with immediate unmet needs of Hurricane Florence victims. In addition to donating online, you can text Florence to 20222 or mail your contribution to: North Carolina Disaster Relief Fund, 20312 Mail Service Center, Raleigh, NC 27699.

One SC Fund — Set up by the former governor of South Carolina and current ambassador to the United Nations, Nikki Haley, along with a community foundation, the One SC Fund provides grants to nonprofits to fund relief and recovery efforts in state-declared emergencies, like Hurricane Florence.

Hearts With Hands — Based in Asheville, N.C., Hearts With Hands is an "outreach ministry" nonprofit that was established in 1992 after Hurricane Andrew struck Florida and focuses on hurricane relief. It is accepting cash donations and has a specific list of needed in-kind goods on its website, such as washcloths, travel-size toiletries and razors.

How Is Tropical Storm Florence Affecting You?

Diaper Bank of North Carolina — Founded by parents Michelle and Gregory Old in 2013, the Diaper Bank distributes over 200,000 diapers per month statewide with branches across North Carolina. It also provides access to basic necessities for families in shelters. The bank has an Amazon wish list asking for children's underwear, toilet paper, feminine products and diapers.

Loaves and Fishes — Based in Charlotte, N.C., and servicing Mecklenburg County, Loaves and Fishes supplies families experiencing a short-term crisis a week's worth of groceries. The organization reports that as of Tuesday, it is operating on a regular schedule. The organization is accepting cash donations online, and supply donations can be dropped off at any of its pantry locations as well as its warehouse.

Harvest Hope Food Banks — This South Carolina organization feeds hungry individuals and families in the Midlands, Pee Dee and greater Greenville regions. It is also working with Feeding America and refers those who want to donate supplies to its Amazon wish list. It also accepts food and supply donations at various locations and monetary donations online.

Some animal shelters are rescuing and taking in a surplus of animals from areas affected by the storm.

Atlanta Humane Society — Staffers have worked with shelters on the Carolina coast, making arrangements to ensure that animals are out of harm's way. They are currently accepting monetary donations, which will be matched until Sept. 30.

Cook mentioned that some of the animals were pets that had been abandoned or left behind by their owners as the storm approached. But not all animals were able to get out of the path of the storm.

Pender County Animal Shelter — In Pender County, floodwaters have overtaken Interstate 40, and the animal shelter has been filling up fast. However, the shelter is required by law to euthanize animals if the number of animals coming in exceeds the space it has to hold them and it cannot find suitable relocation options for the animals.

Jewell Horton, the shelter manager, has said that she wants to avoid euthanizing animals and asked for help.

"Unfortunately right now, the infrastructure is so bad because of the storm that we can't accept online payments," she said.

Currently, the county is cut off by floodwaters, she said, but she asked people to mail donations, pet food, kennels and other supplies in the hopes that roads will reopen soon.

As a result of canceled blood drives in affected states, the American Red Cross is reporting a shortage in the local blood supply and encouraging residents of non-impacted areas in Georgia, Kentucky, Maryland, North Carolina, South Carolina, Tennessee and Virginia to donate blood. Appointments can be made online.

If you are a local or are planning to travel to the Carolinas for relief efforts, you can also donate time. Some of the organizations already listed are accepting volunteers. The state of North Carolina has also set up an online form to enlist volunteers. South Carolina is asking that volunteers not self-deploy and that if they wish to assist in relief efforts they sign up through a site maintained by the United Way Association of South Carolina.

Finally, for those who want to help but don't have a lot of time to spare, owners of the Amazon Echo smart speaker can say, "Alexa, donate to Hurricane Florence disaster relief," which will send money to the Red Cross, so long as you have a valid payment method in your Amazon account with voice purchasing enabled.