Accessibility links
The Wood Brothers On Mountain Stage Listen to this trio of expert musicians perform lively cuts from their sixth studio album, One Drop of Truth. 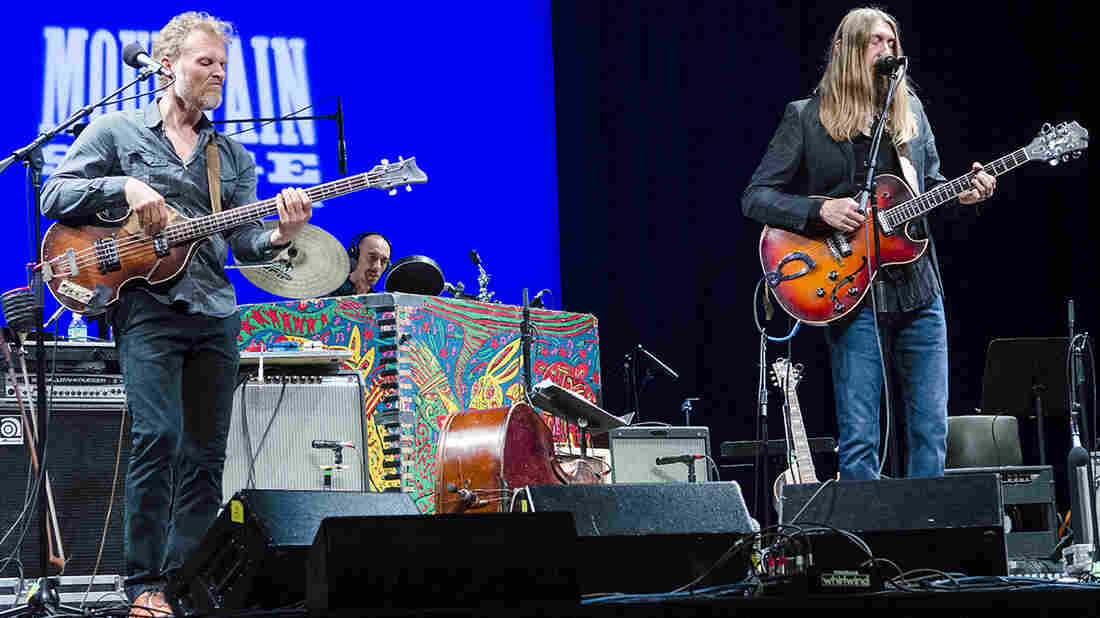 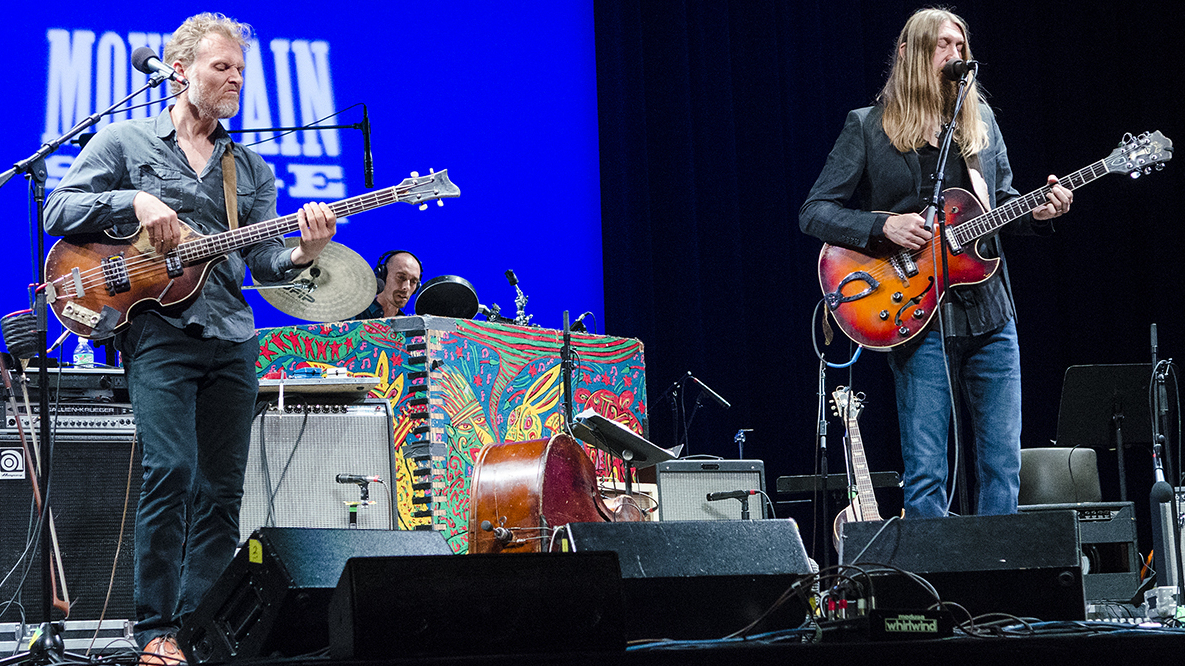 The Wood Brothers on Mountain Stage.

The Wood Brothers On Mountain Stage

The Wood Brothers On Mountain Stage

With brothers Chris Wood on bass and Oliver Wood on lead vocals and guitar, along with Jano Rix (who expertly plays percussion and keyboards and sings, simultaneously), The Wood Brothers is one of the most exciting bands to experience live. You'll hear rich harmonies, unwavering grooves and some intense, searing guitar work throughout this set, recorded during their third Mountain Stage appearance in June 2018.

Most of the songs from this set appear on the group's latest album, One Drop of Truth, released in Feb. 2018. "Can't Look Away" touches on the human tendency to gawk at things even when we suspect it's not right. Meanwhile, the title track, with lead vocals handled by Chris, trumpets the rarity and preciousness of truth: "Rather die hungry than feasting on lies."

The musicians also performed "Chocolate on my Tongue," a favorite song from their 2006 debut, Ways Not To Lose. That song was recently recorded by Kathy Mattea, whom you'll hear performing it in an upcoming Mountain Stage segment.

The Wood Brothers just wrapped up a leg of European live dates, with more coast-to-cost touring planned for the rest of the year.