Pope Francis has summoned church leaders from around the world to the Vatican in February to address the continuing clergy sex abuse crisis. Some bishops say the abuse is due to gay priests within the church. Andrew Medichini/AP hide caption 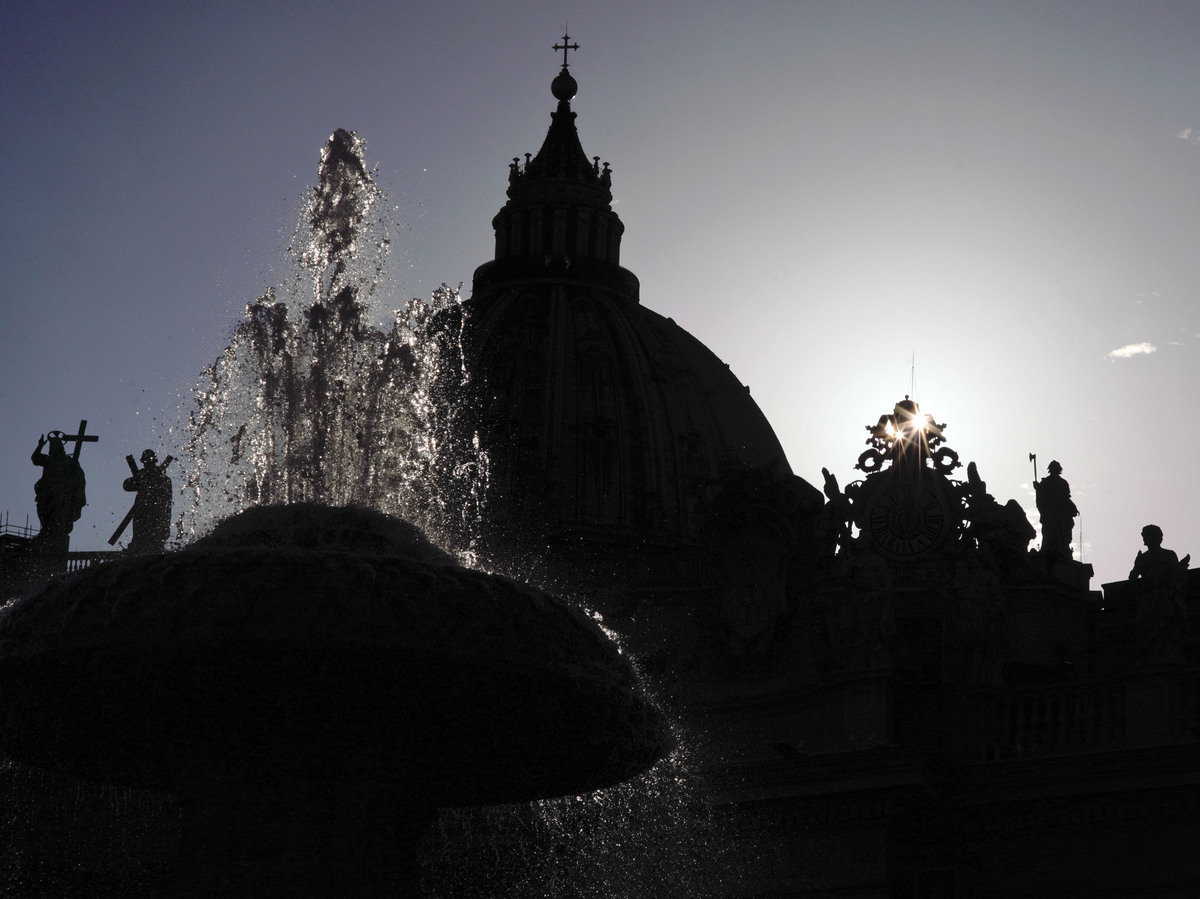 Pope Francis has summoned church leaders from around the world to the Vatican in February to address the continuing clergy sex abuse crisis. Some bishops say the abuse is due to gay priests within the church.

The uproar over clergy sex abuse in the Catholic church is no longer just about sex abuse. It now touches on Catholic teaching about sexuality in general and even on Pope Francis himself, his agenda, and the future of his papacy.

When a Pennsylvania grand jury last month reported that more than 300 priests had molested more than a thousand children across six dioceses under investigation, it became clear that the cases were not isolated incidents. The problem of abusive priests and the bishops who cover up for them is systemic across the whole church.

Pope Francis says the crisis is rooted in a culture of clericalism, with priests and bishops so elevated in the church that their word and authority dominate over the experience of the people they serve.

Some of the pope's adversaries in the church, such as Cardinal Raymond Burke, have another explanation: Gay priests are to blame, they say. Most abuse incidents, Burke told an interviewer last month, consist of "homosexual acts committed with adolescent young men."

"It seems clear in light of these recent terrible scandals," Burke said, "that indeed there is a homosexual culture, not only among the clergy but even within the hierarchy, which needs to be purified at the root."

That view has found wide resonance in conservative Catholic circles.

"It is time to admit," Morlino wrote, "that there is a homosexual subculture within the hierarchy of the Catholic Church that is wreaking great devastation in the vineyard of the Lord."

When interviewed later about his letter on the Catholic television network EWTN, Morlino was asked what he would say to those Catholics who read his comments as blaming homosexuality for the problems in the church.

I would say that homosexuality is at the root of this [scandal].

Robert Morlino, Bishop of the Diocese of Madison.

"I would say that homosexuality is at the root of this," Morlino answered.

Researchers who have studied patterns of clergy sex abuse say they have found no evidence of a link with sexual orientation. But the argument continues, with some Catholic leaders and prominent theologians even saying the abuse crisis justifies a purge of gay men from the priesthood.

Such reactions highlight the deep divisions in the Catholic church over issues of sexuality. Pope Francis, having advocated a more tolerant church culture in general and towards LGBT people in particular, has encountered fierce resistance from Catholics who cling to more orthodox positions. The Catholic church officially holds that to have a "deep-seated" homosexual orientation is to be "objectively disordered."

The new conservative focus on homosexuality in the clergy as a root cause of the abuse crisis has brought the longstanding debate over Catholic teaching on sexuality into sharper focus.

"Our church's very unhealthy attitudes about sexuality in general and homosexuality in particular really need to be addressed," says Marianne Duddy-Burke, executive director of DignityUSA, a Catholic LGBT advocacy group. Duddy-Burke sees the abuse crisis in the context of what she considers Catholic church homophobia.

"Whenever the church is under stress, particularly around the issue of sexual abuse and minors and the cover up by the clergy, gay priests have been scapegoated," she says.

"Clearly, the vast majority of [clergy abuse] cases are men preying on boys and adolescents. We have to be clear about that," says James Martin, S.J., a Jesuit priest and editor-at-large of America, a Jesuit magazine. "But that does not mean that every gay priest is an abuser."

[T]here are so few public counterexamples of the healthy celibate gay priest.

Martin, who writes often about LGBT issues and Catholicism, notes that being gay and committing sexual assault are different.

"The reason we have that stereotype [of gay priests as abusers]," Martin says, "is because there are so few public counterexamples of the healthy celibate gay priest, of whom there are hundreds if not thousands."

"They are in religious orders and dioceses and parishes and schools and hospitals and soup kitchens," Martin says, "and they're doing great work. I know them personally."

Martin thinks as many as 30 or 40 percent of Catholic priests are gay, at least in their sexual orientation. But he says they are terrified to be identified as such in the current environment.

The crisis also has political ramifications. In an open letter released last month, the former Vatican ambassador to the United States, Archbishop Carlo Maria Vigano, singled out several top Catholic cardinals and bishops as being complicit in the abuse crisis because of their association with what he called a "homosexual current" in Catholic circles.

Among them were former Washington D.C. Archbishop Theodore McCarrick, credibly accused of molesting a minor. Vigano also targeted McCarrick's successor, Cardinal Donald Wuerl, for helping to cover up for abusive priests, as well as Cardinal Blase Cupich, the archbishop of Chicago. All three have been allied with Pope Francis and supportive of his social justice agenda. Francis himself, Vigano said, should resign for having accommodated McCarrick even while knowing about the allegations against him.

Vigano, however, is among the longstanding critics of Francis in the church.

"I think what's happening, unfortunately, is that the suffering of children and the crimes of sex abuse are being used by people who have always been Pope Francis's critics as an excuse to dump on him basically," Martin says. "I see in a lot of the attacks on Pope Francis more a hatred of him than a hatred of sex abuse."

The attacks may be having an effect. A new CNN poll shows Pope Francis is now viewed favorably by just 48 percent of Americans, down from 73 percent who approved of him at the beginning of his papacy.