Accessibility links
Khaled Hosseini Says A Succinct 'Sea Prayer' For A Refugee's Journey The novelist known for his epic works about Afghanistan turns his attention to the human impact of the Syrian refugee crisis in a slim, poetic, illustrated book. 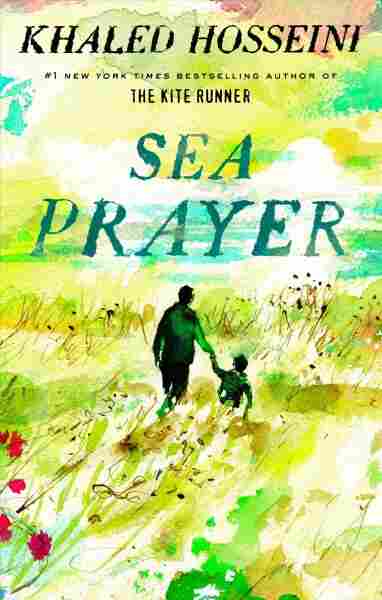 Khaled Hosseini is known for his books about Afghanistan: The Kite Runner, A Thousand Splendid Suns, And The Mountains Echoed.

His latest work Sea Prayer is a departure from those best-selling novels — it's a short work of fiction that captures the heartbreak of the Syrian refugee crisis. It's told as a poetic letter, from a father to a son as they prepare to embark on a journey across the sea, and features the illustrations of Dan Williams.

He begins by transporting the reader to the western city of Homs, which is where this particular father and son are from.

I wish you remember Homs as I do, Marwan.

In its bustling Old City,
a mosque for us Muslims,
a church for our Christian neighbors,
and a grand souk for us all
to haggle over gold pendants and
fresh produce and bridal dresses.

I wish you remembered
the crowded lanes smelling of fried kibbeh
and the evening walks we took
with your mother
around Clock Tower Square.

It is clear that the child never got to see that version of Homs.

"It speaks to the experience of so many refugee children, whether we're talking about Syria or Afghanistan — an entire generation of children who are being raised amid turmoil and violence and war, and have no personal connection to the beauty and the richness of their country before all the turmoil began," Hosseini says in an interview. "And that's an experience that I've encountered in speaking to refugees all over the world." 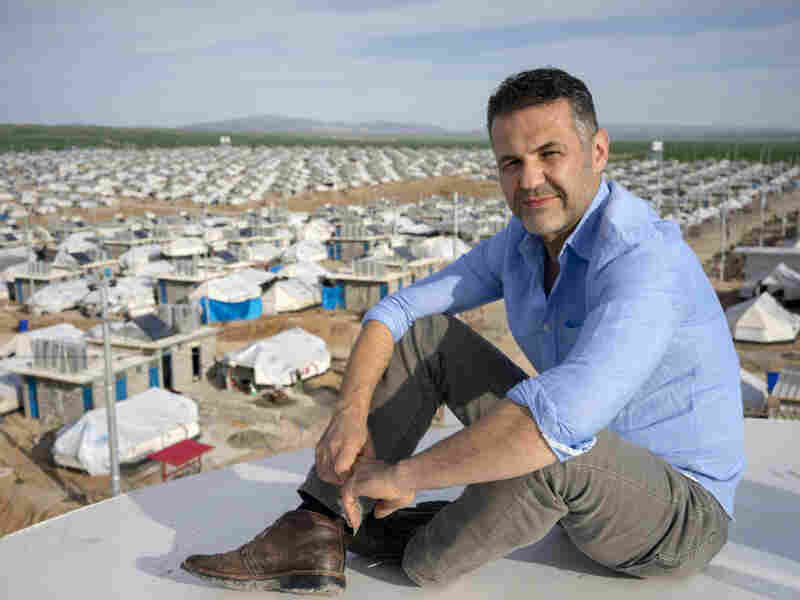 Hosseini is an ambassador for UNHCR, the United Nations' refugee agency, and recently went to Lebanon to meet with Syrian refugees.

"And it is a hard, stringent and punishing life to be a Syrian refugee in Lebanon," he says. "One out of six people on the streets is a Syrian refugee. Most live on less than $4 a day in makeshift, improvised housing structures like abandoned garages and warehouses and, memorably, even a shopping mall that's unfinished and that smells like an open sewer and has no sanitation — and over a thousand people are living there. So it's a hard life.

"And when I was speaking to these refugees, I could imagine how I too, as a father who would not be able to provide for his children, might choose also to pay smugglers and try one of these desperate crossing[s] across the Mediterranean Sea to reach European shores and try to secure a better life for my family."

Sea Prayer was specifically inspired by one refugee. In 2015, a Syrian toddler named Alan Kurdi drowned, along with most of his family, while attempting to cross to Greece. The boy's body was memorably photographed both face down on a Turkish beach and being carried by a police officer.

Hosseini says he was "bludgeoned" by the images.

"As a father myself, I kept trying to imagine the emotional, psychological nightmare that his dad had to endure every time he saw the photographs of his son, and a stranger lifting his child's body — a stranger who didn't know Alan's voice or his laughter or his favorite toy," Hosseini says. "And so I hope that this book Sea Prayer is a small tribute not only to his family, but also, on a broader level, I hope it highlights the unthinkable despair that thousands of other ordinary people face every day to abandon home and community and take a chance on this brutal and often lethal journey across the sea."

Sea Prayer reads like a poem, but it also invokes the language of prayer. The father in the book knows what he is up against, and begs for good fortune. Here's how the book ends:

These are only words.
A father's tricks.
It slays your father,
your faith in him.
Because all I can think tonight is
how deep the sea,
and how vast, how indifferent.
How powerless I am to protect you from it.

All I can do is pray.

Pray God steers the vessel true,
when the shores slip out of eyeshot
and we are a flyspeck
in the heaving waters, pitching and tilting,
easily swallowed.

Because you,
you are precious cargo, Marwan,
the most precious there ever was.

I pray the sea knows this.
Inshallah.

How I pray the sea knows this.

"I imagine myself as one of the fathers who has abandoned home, land, community, who's been forced to walk across miles and miles, sometimes for weeks, occasionally for months, with his children, knowing that along the way he might be detained, that he might be beaten, that his children might be sold into forced labor — and then to reach the sea and put your life savings in the hands of smugglers and set out on the open sea, knowing that thousands have died before you attempting this very same journey, with nothing there to protect you — the sky pitch black, you can't tell the sky from the sea — nothing to protect you and your life at the hands of smugglers who have no regard for human life, and this whole business pivots on your suffering," Hosseini says. "Who would choose this for their family? If I was a father on a moonlit beach about to take one of these journeys, you can bet that I would ... say one of these prayers too."

Vince Pearson and Reena Advani produced and edited this interview for broadcast. Patrick Jarenwattananon adapted it for the Web.