Accessibility links
What Are The Odds? FanDuel Reverses Course, Will Honor Huge Payouts After Error The Denver Broncos were about to beat the Oakland Raiders — but for 18 seconds, the bookmaker FanDuel said the team was a 750-1 underdog. Some eagle-eyed fans saw a chance for a win of their own.

What Are The Odds? FanDuel Reverses Course, Will Honor Huge Payouts After Error

What Are The Odds? FanDuel Reverses Course, Will Honor Huge Payouts After Error 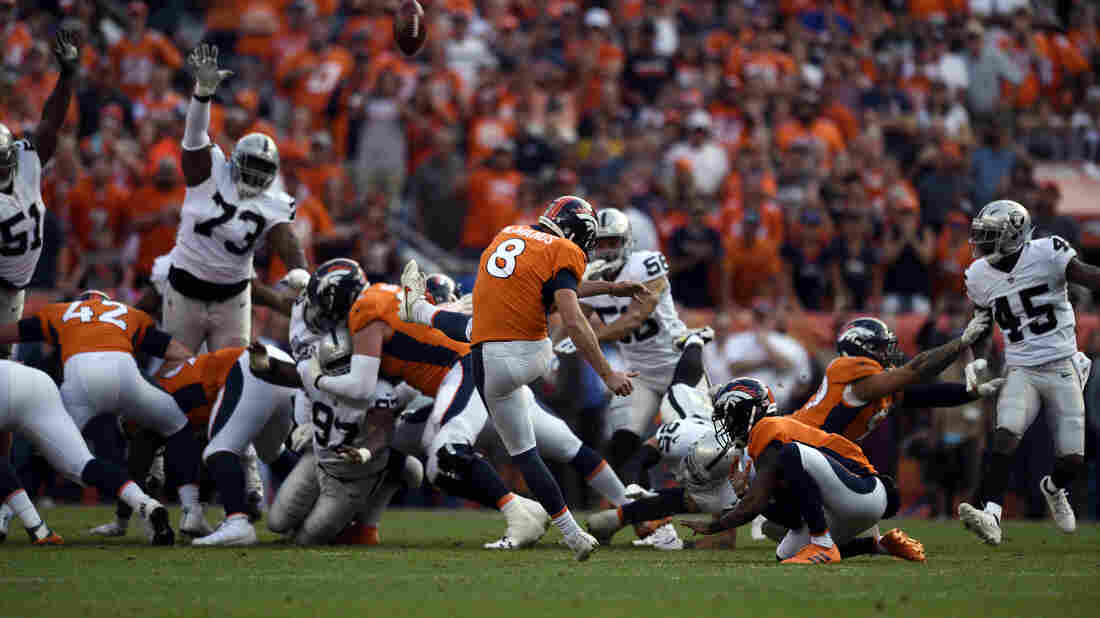 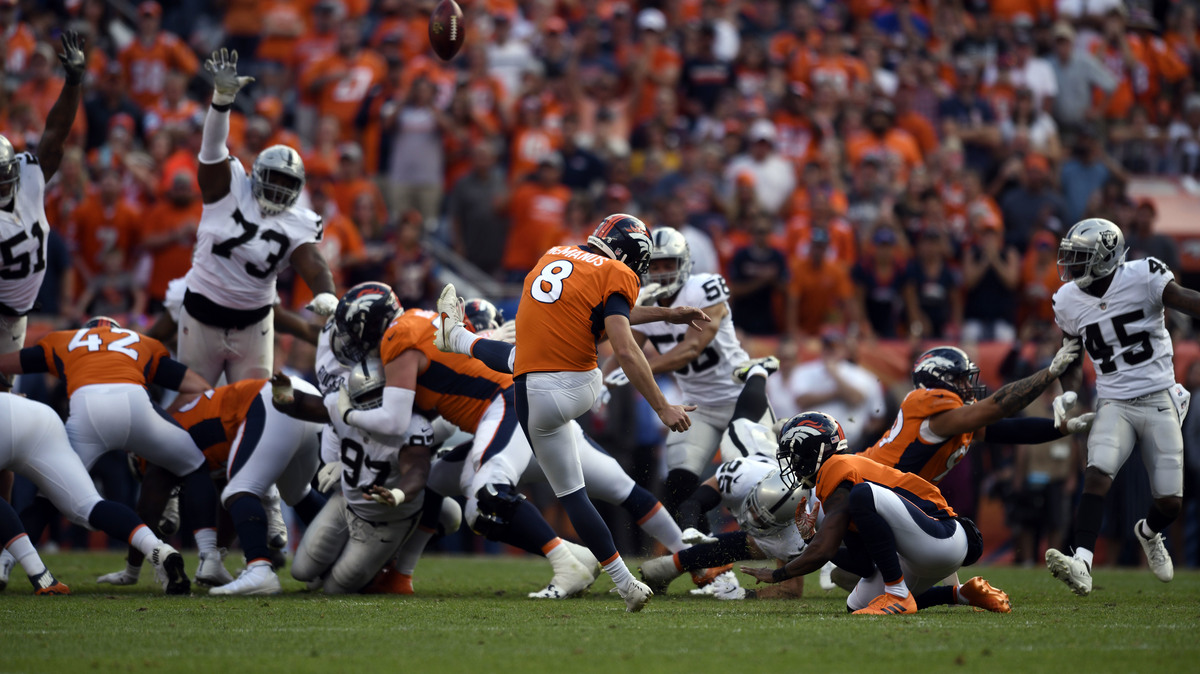 Kicker Brandon McManus (8) of the Denver Broncos kicks the game-winning field goal during the fourth quarter on Sunday at Broncos Stadium.

Sports bookmaker FanDuel has changed course and decided to pay out massive sums for several bets made on an erroneous line in a football game last weekend. The company originally said they would only pay out customers on what was supposed to be the correct betting line.

In a statement sent to NPR on Thursday, the company said:

"We have clear house rules about how such obvious pricing errors are treated, which is to pay winners at the correct price. For those familiar with the industry these rules are understood, but we realize a lot of our customers are new to sports betting and were not familiar. We want FanDuel to be a sportsbook for all bettors, and we want sports betting to be fun. So, this one's on the house. We are paying out these erroneous tickets and wish the lucky customers well."

The company will also be crediting a random selection of 82 active user accounts with $1,000, for a total of $82,000 — close to the $82,500 one particularly vocal bettor thought he should receive.

Late in the fourth quarter of last weekend's Denver Broncos football game, the Broncos were well-positioned for a win. The team trailed the Oakland Raiders 19-17, but Denver was in comfortable range to score a field goal.

But strangely, for an 18-second period, Denver was a long shot, 750-1 underdog to win the game on the bookmaker FanDuel.

Sports gambling was legalized in New Jersey this summer, and Newark resident Anthony Prince jumped at the seemingly impossible odds. He placed a $110 bet on Denver, a local TV station reports, receiving a ticket that showed potential winnings of $82,500 from the counter of the Meadowlands Racetrack.

Those odds were a mistake, says FanDuel — and even though the Broncos ended up winning the game, bettors like Prince won't be getting their payday, at least for now.

The bookmaker says the "obvious pricing error" was "inadvertently generated."

Here's another way to think about just how big of an error it was: Denver kicker Brandon McManus was lined up for a 36-yard field goal.

According to Pro Football Reference, in the 2017 season, NFL field goal kickers attempted 301 field goals between 30 and 39 yards, and made 258. That's an 86 percent success rate.

The odds that Prince received — 750 to 1 — give McManus closer to a 0.1 percent chance of making the winning field goal.

Unsurprisingly, McManus drilled the 36-yard field goal with 6 seconds left in the game and the Denver Broncos won 20-19.

However, when Prince went to the counter to collect his winnings of $82,500 on the $110 bet, he was told his bet would not be honored.

As reported by News12 in New Jersey, Prince said he was instead offered $500 and skybox seats for three New York Giants football games, which he declined.

"They said their system had a glitch in it and they're not obligated to pay for glitches," Prince told the TV station.

The company says a "small number" of bets were placed at the incorrect odds. In addition to Prince, two other men told News12 they had seized the moment, placing a bet using FanDuel's app only to see their $56,000 payout replaced with $12.

David Purdum of ESPN reported that the bookmaker's house rules say, "where a blatant or palpable error is made in offers made, prices offered or bets accepted ... bets may be settled at the correct price at the time at which the bet was placed, as determined by FanDuel Sportsbook."

News12 reported that Prince plans on getting an attorney and contacting the New Jersey Division of Gaming Enforcement.

"The other guy said, 'You should take what we give you because we don't have to give you [anything] at all.' I said, 'Wow, for real?' " Prince told the television station.

The director of the New Jersey Division of Gaming Enforcement, David Rebuck, told The Associated Press the agency is investigating the matter.

The consequences of this investigation could be significant, as the sports betting industry in New Jersey is still in its infancy.

ESPN commentator Scott Van Pelt doesn't think Prince's odds are very good of winning a lawsuit. Van Pelt said on ESPN's SportsCenter that he "would never — never — root for the house, because, who does that? But, in this case, you've got to be kidding, man."

The commentator said that on Twitter, most people seem to be siding with Prince over FanDuel. After all, they asked, if he had lost, would the company refund his money?

The situation that Prince and FanDuel find themselves in is not unprecedented.

In 2014, a reader of The Guardian noticed suspiciously good odds for a soccer match, placed a bet, won and spent the money — but the winnings were rescinded. Concerned about debt collectors, the reader asked The Guardian where it stood legally. A columnist said the bookmaker had "every right to reclaim the money."

That, of course, was in the United Kingdom. New Jersey sports gamblers will have to wait until Rebuck's investigation is complete to see who wins this duel.

Until then, all bets are off.

Ruben Kimmelman is an intern on NPR's News Desk.