Accessibility links
Architect Robert Venturi Dies At 93 A giant of postmodern architecture, he said he rejected unity, consistency and clarity: "All of those things made ... not for beautiful purity — but dead purity." 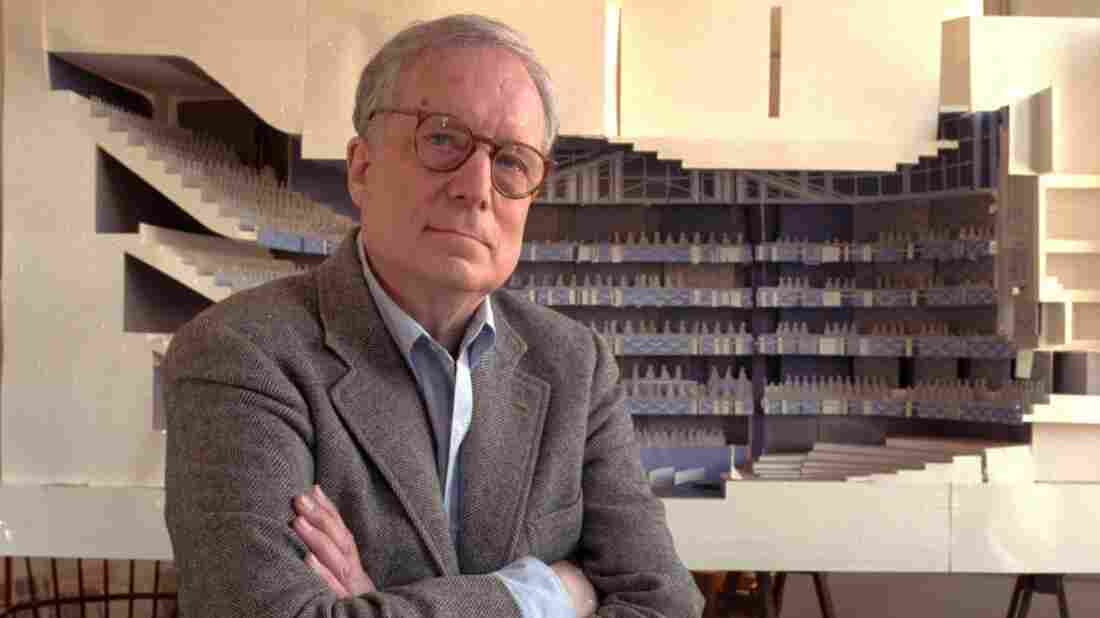 Robert Venturi poses in front of a model of a new hall for the Philadelphia Orchestra. He died on Tuesday. George Widman /AP hide caption 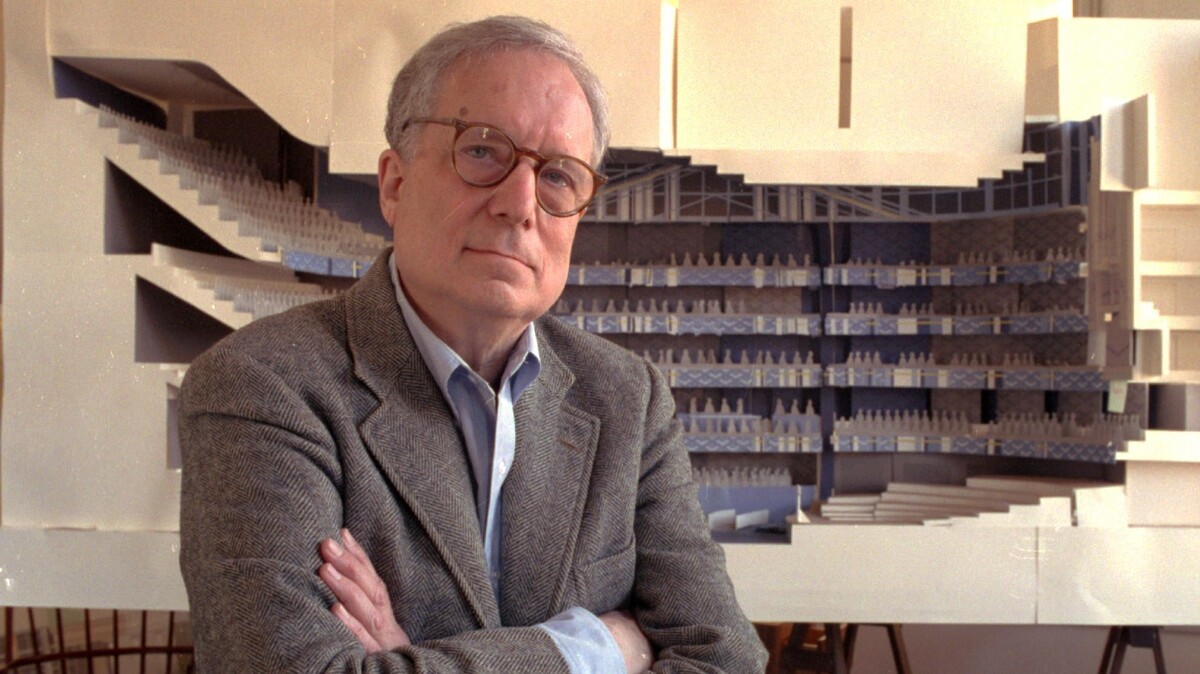 Robert Venturi poses in front of a model of a new hall for the Philadelphia Orchestra. He died on Tuesday.

Robert Venturi, a giant of postmodern architecture, died on Tuesday. Venturi's family released a statement Wednesday to The Architect's Newspaper:

"Last night, Robert Venturi passed away peacefully at home after a brief illness.  He's been surrounded by his wife and partner, Denise Scott Brown and his son, Jim Venturi.  He was 93.

The family is planning to have a memorial service to celebrate Venturi's life and this will be announced in the coming weeks."

Venturi was born in Philadelphia in 1925, and studied architectural history at Princeton University. There, he garnered an appreciation for the styles of earlier architects that were ignored by the modernist movement, of which he was deeply critical. In a 1991 interview with Fresh Air, Venturi said that modernism "was simplicity, consistency, minimalism, strict rigidity, not the acceptance of contradiction. All of those things made ... not for beautiful purity — but dead purity."

In 1991, Venturi was the recipient of the Pritzker Architecture Prize. Some of his most notable work includes the Vanna Venturi House, the Guild House and an addition to the Allen Memorial Art Museum.

Rest in peace, Robert Venturi. I remember where I was the first time I saw this image, and that I gasped. The effortless audacity of this house, how it changes every other house you ever see. pic.twitter.com/OmzVUrfxC4

R.I.P. Robert Venturi, whose buildings include the Trabant Student Center at my alma mater @UDelaware. (He's best known for the Guild House on Spring Garden Street in Philly.) pic.twitter.com/8ewN9K5N2v

I swear I had more (better) photos of Robert Venturi's Fire Station #4 (1967) in Columbus, Indiana and sure enough I did!

Anyway, thanks to Venturi & Brown for "Learning From Las Vegas." Don't take architecture too seriously. But also pay attention to everything around you. pic.twitter.com/RuEqo6nKfR

In addition to his significant works of architecture, Venturi was a prolific writer and critic. In his 1966 book Complexity and Contradiction in Architecture, Venturi advocated for "messy vitality over obvious unity," and for a "richness of meaning rather than clarity of meaning." The 1972 book Learning from Las Vegas, which was co-written with his wife Denise Scott Brown, is also often considered a defining text in the canon of architectural criticism. Brown is also a celebrated architect and writer.

I don’t really do “in memoriam” content but the ghost house at Franklin Court is the object that made me think I could contribute to preservation/interpretation/historical memory and I will always be grateful to Robert Venturi (and of course Denise Scott Brown) pic.twitter.com/utj9KLFJHU

Vincent Acovino is a producer on NPR's Arts desk.

An earlier version of this story misquoted Venturi, saying "richness and ambiguity over unity and clarity, contradiction and redundancy over harmony and simplicity." Venturi actually said "richness of meaning rather than clarity of meaning."