Accessibility links
Loretta Lynn's 'Wouldn't It Be Great' Navigates The Hearth And The Honky-Tonk Loretta Lynn draws on her back story with a mixture of saltiness, sentimentality and wit that gives it heart and resonance. 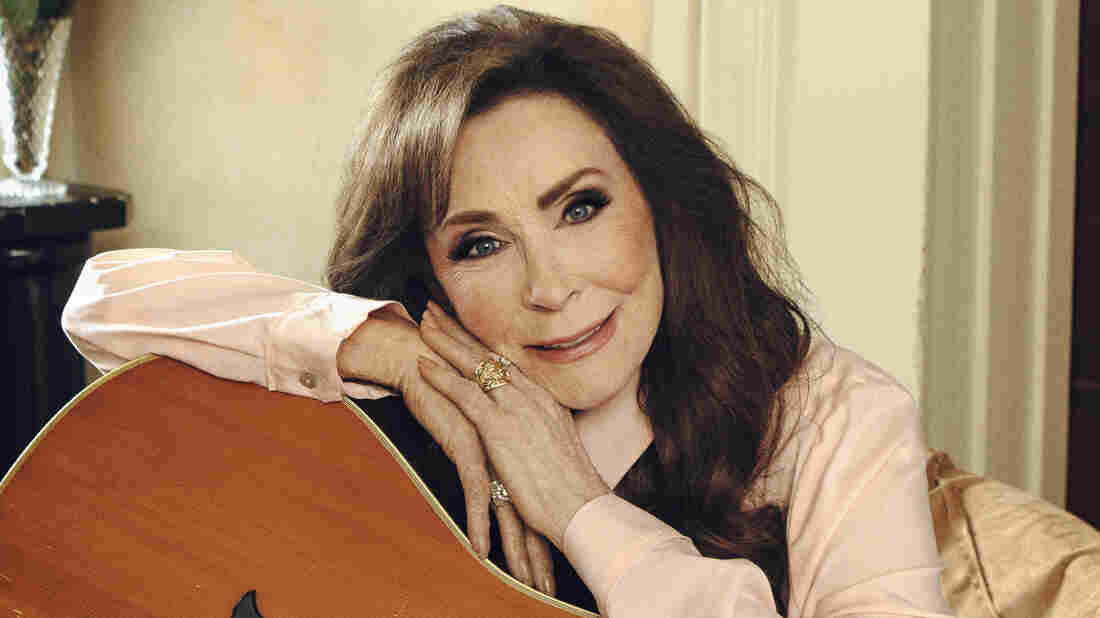 Loretta Lynn's Wouldn't It Be Great comes out Sept. 28. David McClister/Courtesy of the artist hide caption 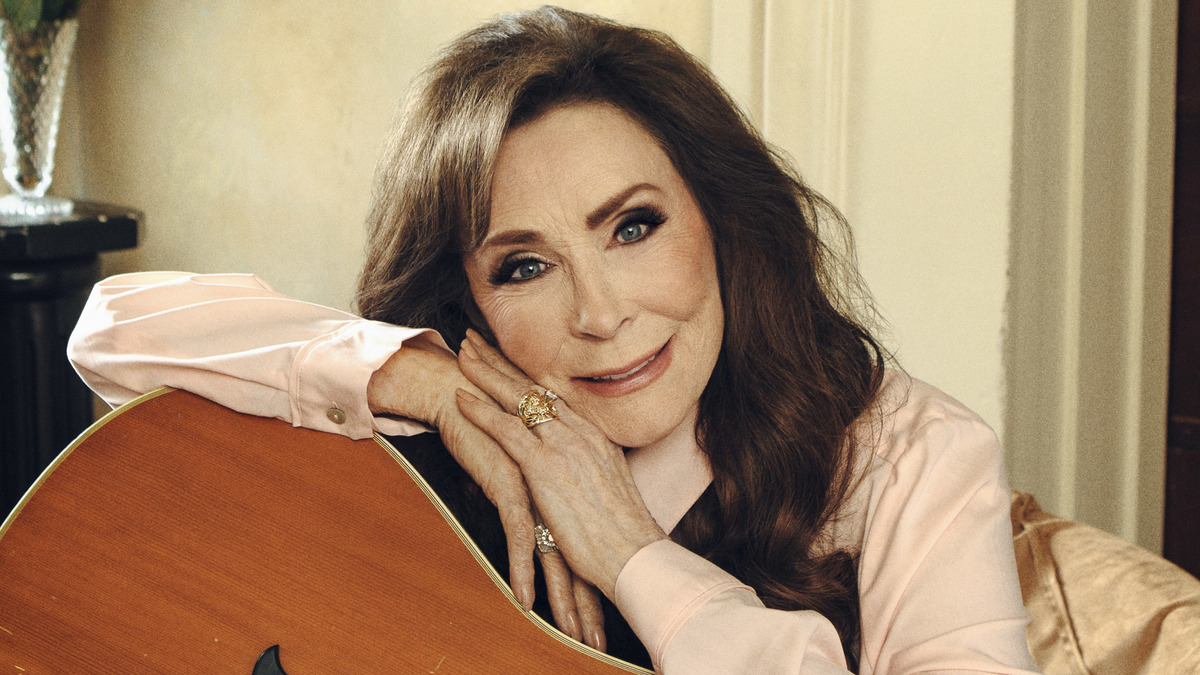 Loretta Lynn's Wouldn't It Be Great comes out Sept. 28.

Over the years, Loretta Lynn has made such pithy use of her autobiography — a tale of rural resourcefulness, young motherhood and professional audacity — in songs, memoirs, press interviews and fan interactions that there's a tendency to fixate on the straightforwardness of her expression and interpret her musical output as literal translation of the facts of her life. But to read Lynn's work that way is to overlook part of why it's come to mean so much to so many of us.

She's one of country music's great singers and songwriters, and a recipient of virtually every conceivable lifetime achievement honor, because she's drawn on her back story with a mixture of saltiness, sentimentality and wit that gives it heart and resonance, and she's done the same with stories that fall outside of her personal experience. Over the course of nearly six decades, Lynn has vividly fleshed out a world in which people — women especially — navigate the divide between hearth and honky-tonk, daily drudgery and romantic desire, deciding which of the old ways to cling to and which to kick against. 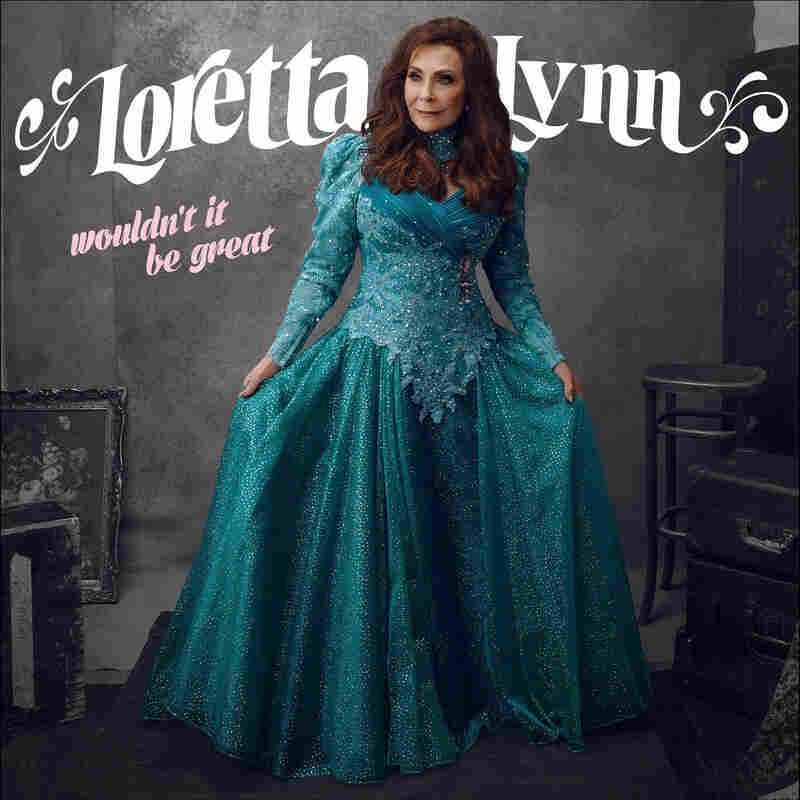 Lynn's new album Wouldn't It Be Great, produced by her daughter Patsy Lynn Russell and John Carter Cash (the offspring of her contemporaries Johnny Cash and June Carter Cash), is a showcase of her songwriting across eras, modes and moods, as well as the shrewd evolution of her expression. (It's worth noting that though she's written a good many of the memorable entries in her catalog, she's never limited herself to recording songs from her own pen.) The title track, a stately acoustic ballad, is a song that she previously released as a single in the mid-'80s, and re-recorded for her album with Tammy Wynette and Dolly Parton in the early '90s. The old and new versions begin with the same plea, delivered so gingerly that it's wrenching to hear: "Wouldn't it fine if you could say you love me just one time, with a sober mind?" Lynn's lyrics are wistful rather than forceful, superficially reminiscent of Beach Boys breeziness, but betraying profound disappointment beneath, whether she's singing softly or letting feeling well up in her voice. "Wouldn't it be great," she nudges during the chorus, stretching "great" into a four-syllable signifier of yearning, "wouldn't that be great? Throw the old glass crutch away, and watch it break." The lines she added sometime after the original '80s version make the sense of loss ring with quiet finality: "Love went to waste when my sexy lace couldn't turn his face / The bottle took my place."

Several other tracks are suffused with melancholy pining, from the pastoral waltz "I'm Dying for Someone to Live For," one of Lynn's more recent compositions with the consummate hardcore country writer Shawn Camp, to the brisk shuffle "Darkest Day," which she delivers in lustier, more experienced fashion than she did early in her career. The fiddle-sweetened honky-tonk number "Another Bridge to Burn" (not to be confused with the Waylon Jennings song of the same title) betrays an internal struggle between headstrong yearning and pragmatic acceptance. "I kept that old bridge standing strong, just in case you changed your mind," she sings with a rueful lilt. "I can't live on dreams forever / At least reality returns." Lynn's old-time string band tune "Ain't No Time to Go," co-written with her daughter, has the spryness of a barn dance standard from before Lynn's time in modern Nashville, but she brings to it the vulnerability of a woman preparing for the loss of a partner, fearing that she'll be left with a greater childrearing and homesteading load than one person can shoulder alone. "I ain't as strong as you think I am," she insists with a twang. "Ain't no time to go, darlin'." She mined the folk tradition of murder ballads for "Lulie Vars," one of the rare tragic tales in which the man actually gets punished for doing away with his pregnant lover.

A far more familiar selection is Loretta Lynn's signature number "Coal Miner's Daughter." From the opening line on, her phrasing is more clipped and scrappy than it was during her chart-topping, 1970 original. In the intervening years, she's no doubt been asked to recount her background enough times to know that the fascination with it, not to mention the perception of it as exotic and primitive, has only grown. Maybe she's also observed the revived stereotype of Appalachian people as dooming themselves to poverty by laziness. Whatever she might connect the song to in her mind now, when she sings it, she seems to summon even more defiant pride and willful warmth toward her doggedly hardworking and nurturing family.

Lynn's first big hit "Don't Come Home a Drinkin'" gets a more peppery treatment, too. She may, in part, be adjusting to how her vocal endurance has been naturally diminished by age — she is 86, after all — but there's also an energetic, lived wisdom to her staccato phrasing. The album's most frolicsome track, "Ruby's Stool," is a new composition that recalls the feistiness of "Fist City." This time, though, Lynn's protagonist has a wilier way of dealing with a woman making moves on her man. "I'm gonna sit right here and empty this ashtray in her beer," she vows with lusty satisfaction. "I can't wait to see her drinkin' from that can." She's truly elevated the earthy art of telling it like it is.