Accessibility links
Javier Cercas Uncovers The Truth Behind Spain's 'Impostor' In his new book, The Impostor, Javier Cercas unravels the lies that created the life of Enric Marco — a man who for years portrayed himself as a Holocaust survivor and Spanish Civil War hero. 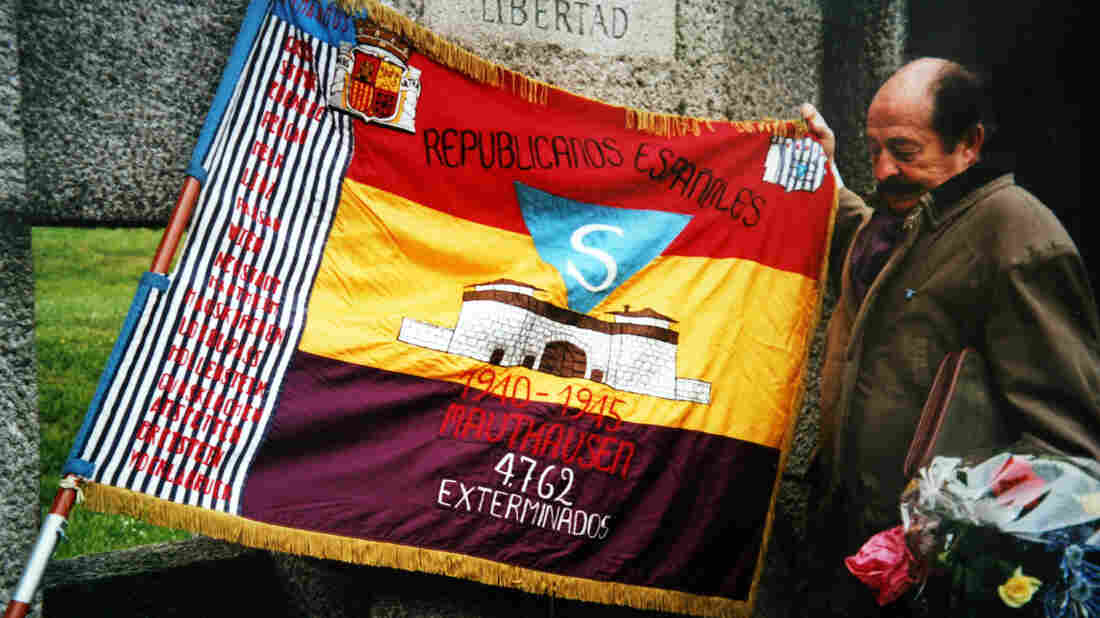 Enric Marco stands next to a Spanish Republican flag at Mauthausen camp in Austria in May 2003. Marco, who was chairman of an association of Spanish Republicans deported from France to Nazi concentration camps during World War II, admitted in May 2005 that his tale of surviving the Flossenbuerg camp was a lie. Lluis Gene/AFP/Getty Images hide caption 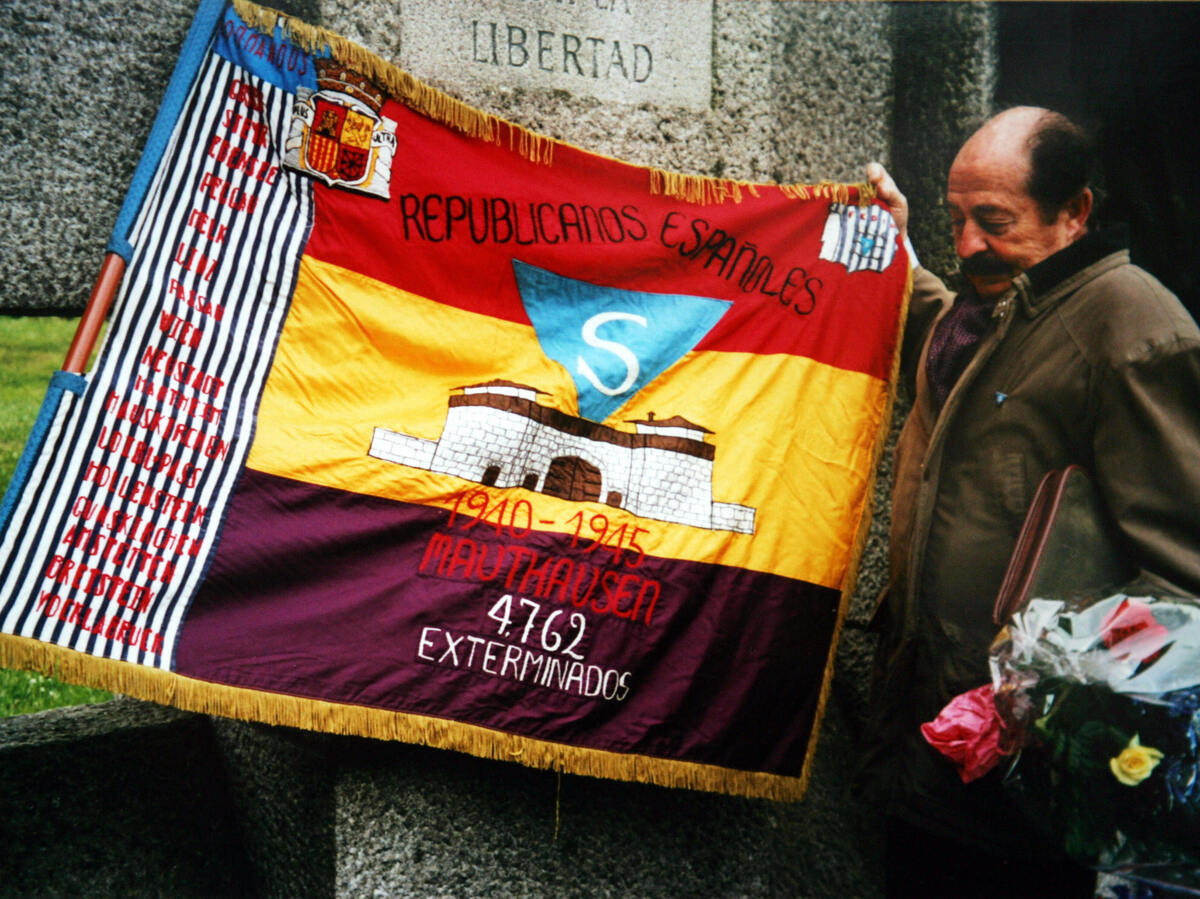 Enric Marco stands next to a Spanish Republican flag at Mauthausen camp in Austria in May 2003. Marco, who was chairman of an association of Spanish Republicans deported from France to Nazi concentration camps during World War II, admitted in May 2005 that his tale of surviving the Flossenbuerg camp was a lie.

For nearly two decades Enric Marco was a highly respected figure in Spain, widely known as a Holocaust survivor, Civil War hero and resistance fighter against the Francisco Franco regime. He even held public speaking engagements detailing his experiences in a concentration camp. 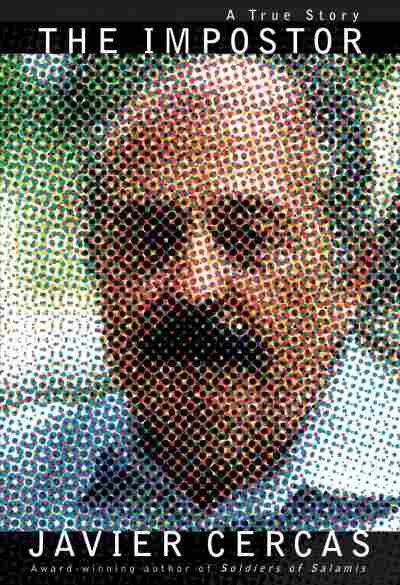 by Javier Cercas and Frank Wynne

But every bit of it was a lie.

In 2005 Marco's masquerade was exposed to the world by historian Benito Bermejo — piquing the interest of novelist Javier Cercas. As Cercas soon discovered, "he had made up everything. Not only about that, I mean — he invented his whole life."

His book The Impostor, which he describes as a "novel without fiction", explores the facts of Marco's life and the reasons behind his lies.

Cercas says Marco thought the novelist would justify him. "I mean lots of people did that. I mean, there were very intelligent people who — when the case broke out in the media — said 'well what Marco did was bad because he lied ... but, you know, he did it for a good cause, right?' "

His book places Marco face to face with the truth. Cercas broke down that process and his journey in an interview with All Things Considered's Ari Shapiro.

To have a good lie, to cheat everybody, you have to put some truth in it. Right? It has to have the flavor of truth, right? And it was like that in Marco's case — behind all his lies there was a tiny truth. ... And that's why it was so difficult to get into the real story of this man. That's what I tried to do in the book.

This guy did something really, really bad, which is to lie about the worst crime probably in the history of humanity. But I don't justify him — and that's why he was mad at me when he read the book — but to understand is the contrary to justify. It's to give us the instruments so we don't repeat the same mistakes.

One of the worst things of writing this book was to realize that I was not different from this guy. That we share a common humanity with him....

I would say he's like a monstrous exaggeration of what we are. One important question in the book is why he did that, and of course there are many answers to that question. But one of them is that, he did that because he wanted to be loved.

And of course we all do many things to be loved. I mean, I write to be loved, as García Márquez said once — and probably you are on the radio because you want to be loved! ... But he did without respecting the rules we more or less try to respect, beginning with the rule to tell the truth.

On his relationship with Marco

My relationship with him changed along the book. At the beginning I felt, like, disgusted with him — and I hated him, in fact. But then, slowly I become more close to him, and I begin to understand him. And — I don't know, that was disturbing for me.

The reader, he must decide what to do with Marco. He must decide if he's also an impostor or if he's not. We are all a bit, right? We are not as great as impostors as Marco, but we play the same game.

Kat Lonsdorf and Jolie Myers produced and edited this interview for broadcast. Cameron Jenkins adapted it for the Web.

Read an excerpt of The Impostor