Accessibility links
Kavanaugh Accuser Open To Testifying About Sexual Assault Allegations Christine Blasey Ford, the woman who alleges Supreme Court nominee Brett Kavanaugh sexually assaulted her at a high school party in the 1980s, is open to appearing before a Senate panel next week. 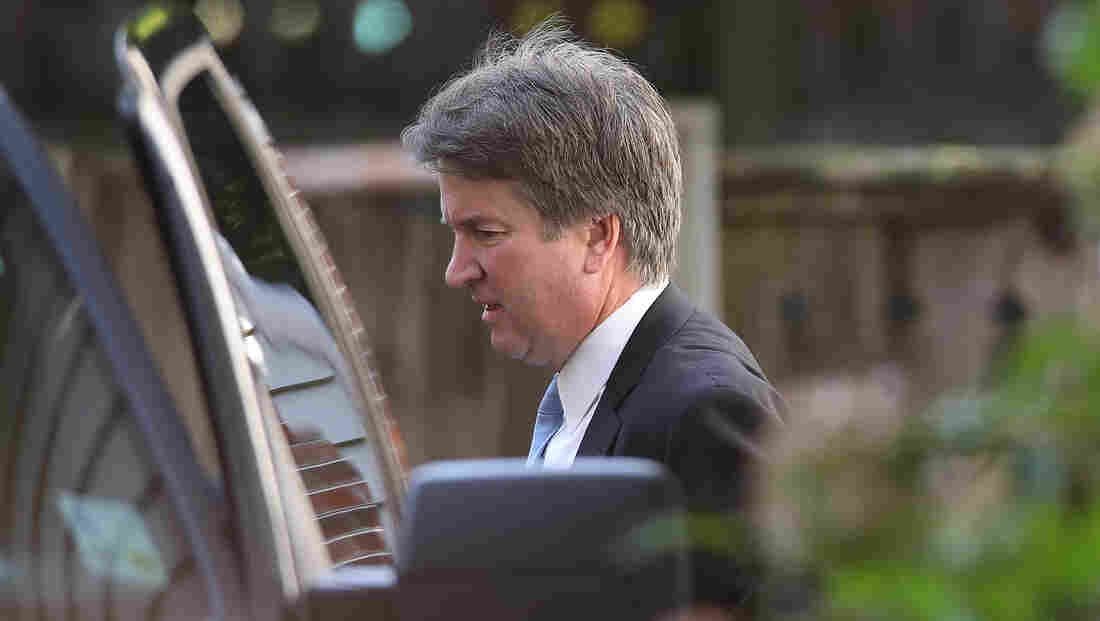 Supreme Court nominee Judge Brett Kavanaugh leaves his home Wednesday in Chevy Chase, Md. Kavanaugh is scheduled to appear before the Senate Judiciary Committee on Monday following an allegation of sexual misconduct from when was in high school. Win McNamee/Getty Images hide caption 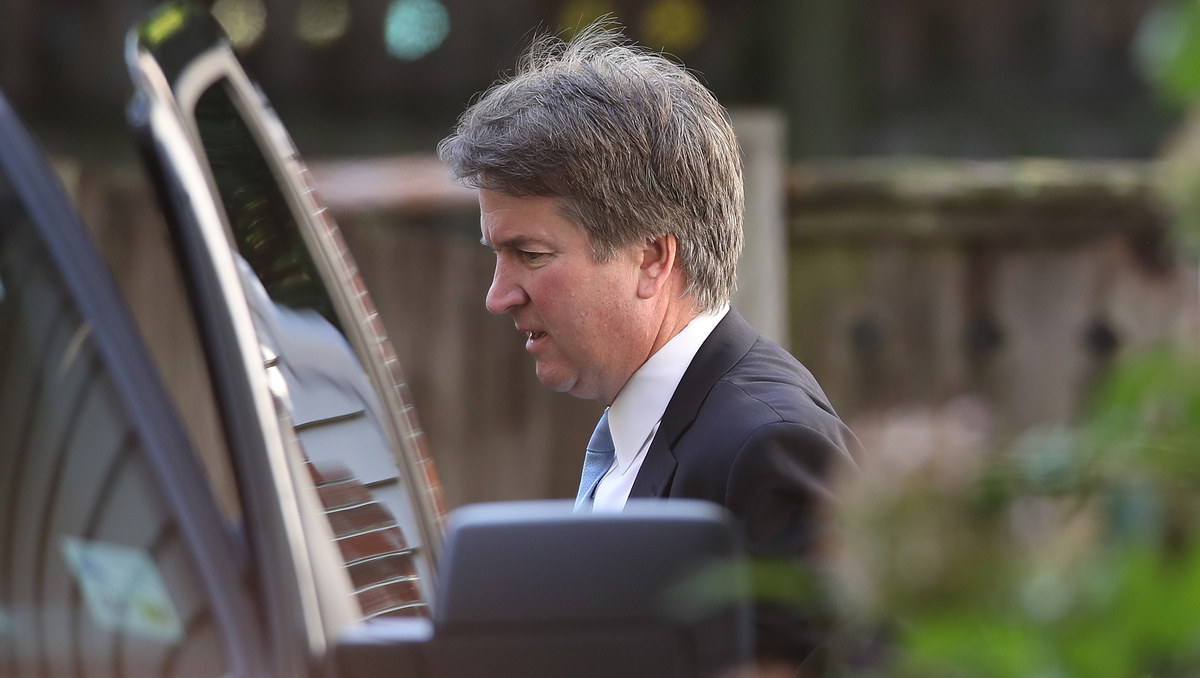 Supreme Court nominee Judge Brett Kavanaugh leaves his home Wednesday in Chevy Chase, Md. Kavanaugh is scheduled to appear before the Senate Judiciary Committee on Monday following an allegation of sexual misconduct from when was in high school.

Attorneys for Christine Blasey Ford, the woman who accused Supreme Court nominee Judge Brett Kavanaugh of sexually assaulting her at a high school party in the 1980s, have begun discussing terms of her appearance before the Senate Judiciary Committee next week.

"She wishes to testify, provided that we can agree on terms that are fair and which ensure her safety," Debra Katz, Ford's lawyer says in an email to committee aides first reported in the New York Times and confirmed by NPR.

Judiciary Chairman Chuck Grassley, R-Iowa, set a Friday deadline for Ford to respond to the committee in advance of a hearing he scheduled for Monday. Kavanaugh, who has strongly denied the claims, has already agreed to appear.

But Katz says that a Monday hearing "is not possible and the committee's insistence that it occur then is arbitrary in any event."

Grassley was forced to postpone a planned committee vote on Kavanaugh's nomination scheduled for Sept. 20 after Democrats and some of his GOP colleagues demanded the committee investigate the allegations. Ford initially sent the top Democrat on the panel, Sen. Dianne Feinstein of California, a letter requesting anonymity in July. But when word leaked out that Feinstein had some information about an allegation regarding Kavanaugh, Ford detailed the incident in an interview with the Washington Post published online Sept. 16.

Attorneys for Ford did a round of interviews after she went public and pledged that she was prepared to testify before the committee. But Democrats and Ford's attorneys pressed Grassley to first agree to an FBI investigation of the alleged incident and to invite other witnesses to appear at any public hearing.

Katz added in her communication to the committee Thursday: "Dr. Ford has asked me to let you know that she appreciates the various options you have suggested. Her strong preference continues to be for the Senate Judiciary Committee to allow for a full investigation prior to her testimony."

Thursday evening the White House released a letter from Kavanaugh to Grassley where the judge informed the committee chairman that "I will be there" at Monday's planned hearing.

The high court nominee added: "I continue to want a hearing as soon as possible, so that I can clear my name.

"Since the moment I first heard this allegation, I have categorically and unequivocally denied it. I remain committed to defending my integrity."