Accessibility links
Shutdown Of New Mexico Observatory Was Tied To Investigation Into Child Pornography The observatory suddenly closed, with little explanation, for 11 days in September, fueling rumors its shutdown was due to aliens, UFOs, or government surveillance. 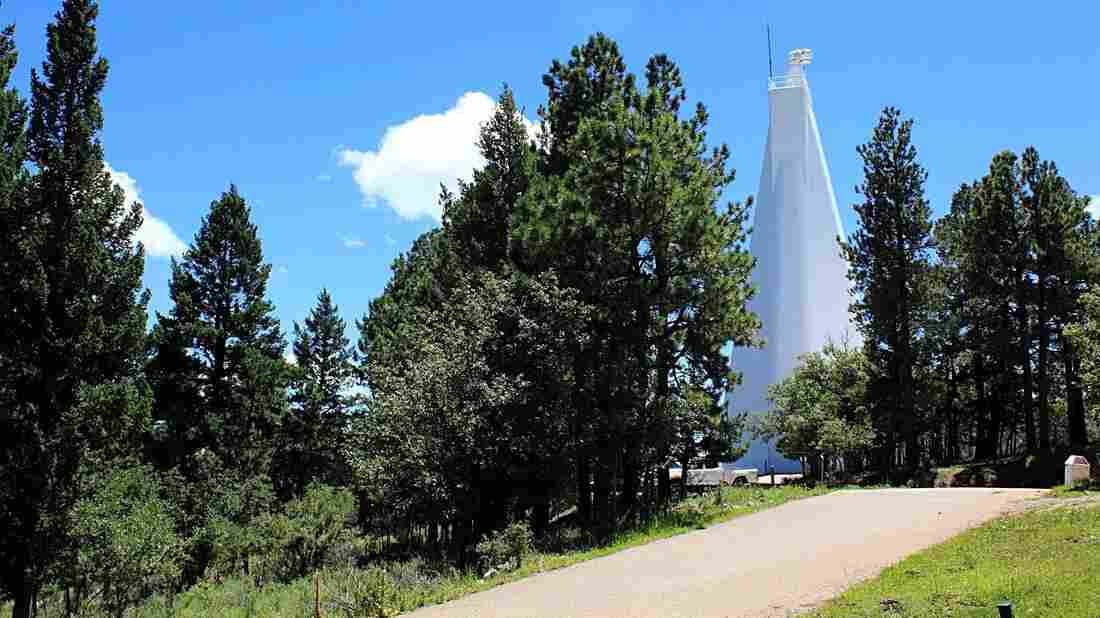 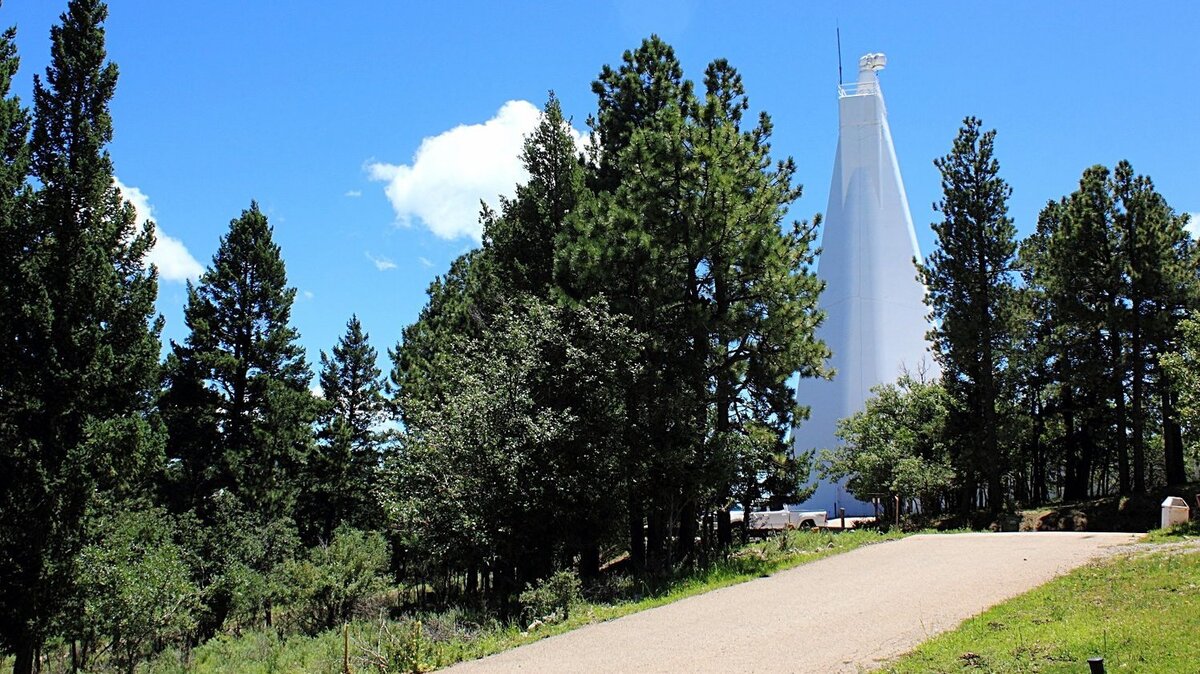 The Sunspot Solar Observatory in New Mexico mysteriously shut down for 11 days in September, citing a security issue. Authorities were investigating a janitor for distribution of pornography.

Newly unsealed court documents have explained the mysterious closure of a New Mexico observatory earlier this month, revealing that authorities were investigating one of the facility's janitors for possession and distribution of child pornography.

The Sunspot Solar Observatory at Sacramento Peak was shut for 11 days for "a security issue," and its closure drew cheeky speculation that authorities were investigating the presence of UFOs.

According to a warrant application, which was filed last week and unsealed a few days ago, the FBI was examining the observatory – but not for the presence of aliens.

In an affidavit, an FBI agent wrote that she was looking at the "activities of an individual who was utilizing the wireless internet service of the National Solar Observatory in Sunspot, New Mexico, to download and distribute child pornography."

After authorities seized a laptop computer in the facility with images of child pornography, the warrant application says an employee observed the janitor's behavior at the facility becoming "frantic." He repeatedly approached the employee throughout the day with questions about "missing items and lax security."

Observatory officials then decided to close the facility "without advice from the FBI," the warrant application states. The facility reopened on Monday.

NPR's Laurel Wamsley reported that the Association of Universities for Research in Astronomy said the decision to evacuate the facility was based on "the need for expeditious response to the potential threat."

"Our desire to provide additional information had to be balanced against the risk that, if spread at the time, the news would alert the suspect and impede the law enforcement investigation. That was a risk we could not take," AURA said in a statement.

Sheriff Benny House told the Alamogordo Daily News when the observatory closed, "For the FBI to get involved that quick and be so secretive about it, there was a lot of stuff going on up there. There was a Blackhawk helicopter, a bunch of people around antennas and work crews on towers but nobody would tell us anything."

The observatory is about 85 miles southwest of Roswell, N.M., where flying objects were spotted in 1947, sparking theories they could have been aliens or UFOs. The U.S. Air Force said the objects were high-altitude weather balloons.

Authorities have not arrested or charged the suspect they were investigating, and no arrest warrant has been issued.

A U.S. magistrate in Las Cruces, N.M., did issue a warrant showing that on Sept. 14 agents removed cell phones, laptops, an iPad, a hard drive and several thumb drives from the suspect's home.

A previous version of this story stated that the FBI decided to close the facility; in fact, the FBI says the observatory made that decision independently.