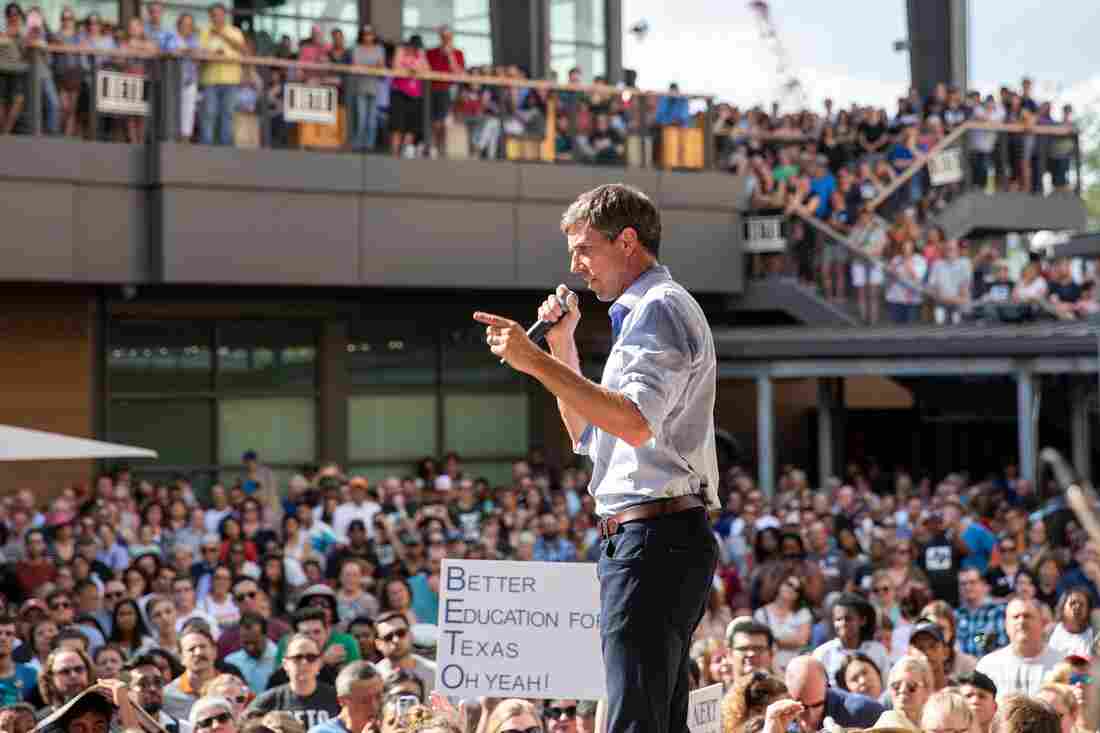 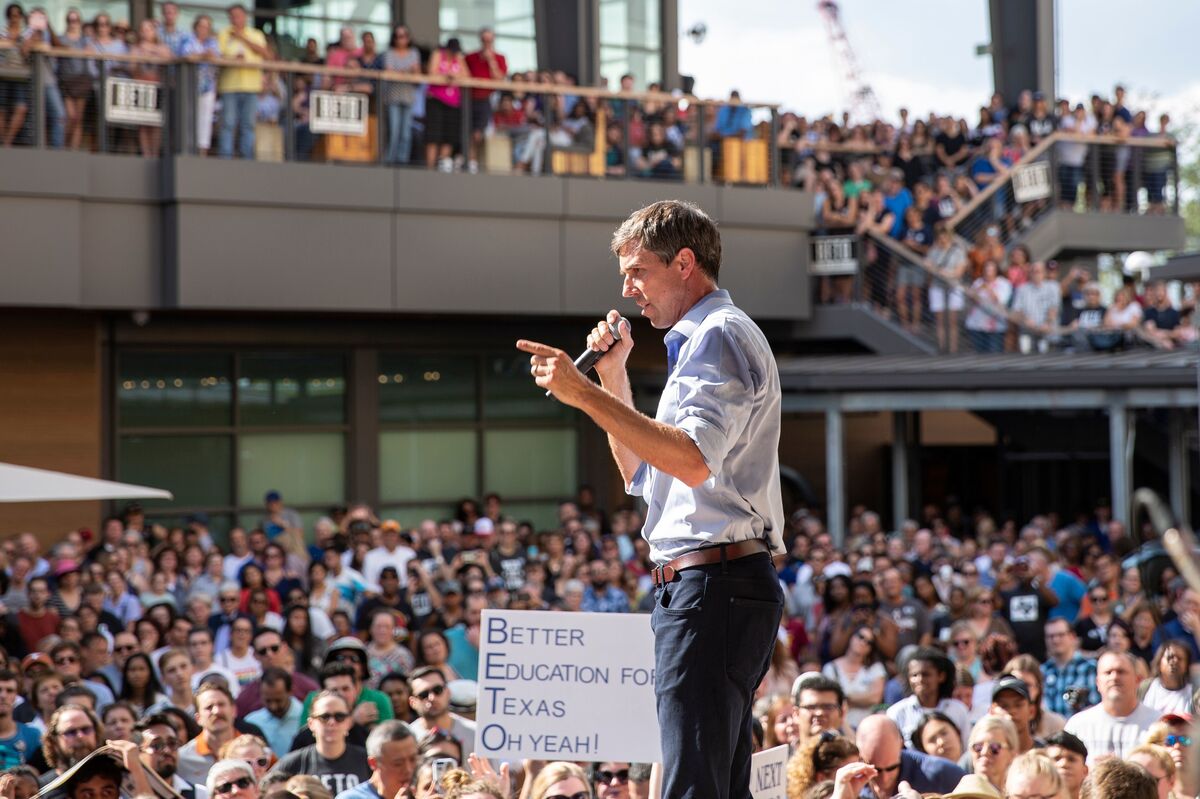 U.S. Rep. Beto O'Rourke speaks during a campaign rally in Plano, Texas, on Saturday. O'Rourke is the Democratic challenger for the Senate seat currently held by Senator Ted Cruz, R-Texas.

The Texas Senate race wasn't supposed to be competitive this year. But thanks to an imaginative campaign, Beto O'Rourke has energized Democrats, drawing huge crowds and raising tens of millions of dollars in what was initially seen as a long-shot bid to defeat Republican Sen. Ted Cruz.

While polls show a single-digit race, O'Rourke will need a transformed electorate in order to win in Texas, where no Democrat has prevailed in a statewide race in almost a quarter-century. Specifically, O'Rourke needs to get dramatically more Latinos to show up to the polls in a state where Latinos have far less political clout than their demographic weight would suggest.

To Win Texas, Beto O'Rourke Is Running To The Left

But as the two candidates prepare to meet for their first debate Friday night, voter registration data suggests O'Rourke's campaign and Texas Democrats may not be pulling in enough new voters to offset Republicans' structural advantages in the state.

Texas has a history of very low voter participation. During the 2014 midterms, just 28 percent of the state's eligible voters cast a ballot — the very lowest rate in the country. In particular, racial minorities, who are more likely to vote for Democrats, are among the least likely to vote.

"For a couple of decades now there has been a 'demographics is destiny' narrative that has existed," said Manny Garcia with the Texas Democratic Party. "And sadly for many of those years, it seems like base Democrats — communities of color — were taken for granted."

Garcia said Texas Democrats are working harder these days to speak to the needs of Latinos — and immigrants, in particular. He said he thinks issues like family separation have provided an opening for Democrats.

However, issues alone aren't changing the state's electoral math, despite a rapidly growing and diverse population.

In Texas' urban counties and the heavily Latino counties in the Rio Grande Valley, there's no surge of new Latino voters, according to voter registration data.

Since 2016, there have been single-digit-percentage increases in the number of new voters around the state's four biggest cities of Houston, Dallas, San Antonio and Austin. In the heavily Latino Bexar County where San Antonio is located, voter registration totals have grown by less than 3 percent since 2016.

While Latinos are expected to become the largest population group in Texas by 2020, whether this is the year Latinos cost Republicans a statewide election remains an open question.

"Questions" about O'Rourke's appeal to Latinos

Despite growing up in the border city of El Paso, speaking fluent Spanish and having a Spanish nickname, O'Rourke didn't start the Senate race with much support among Latinos. During the Texas Democratic primary in March, he lost most of the heavily Latino counties along the U.S.-Mexico border to political activist Sema Hernandez.

"There was a shock there," said Victoria DeFrancesco Soto, a lecturer at the LBJ School of Public Affairs at the University of Texas, Austin. "So, from the get-go, back in March, there were questions about whether Beto O'Rourke was going to be able to capture the Latino vote."

Soto believes the O'Rourke campaign is gaining some ground with a slew of radio ads that have been playing on Latino radio stations across Texas recently. The ads feature O'Rourke speaking in Spanish about health care, among other things. 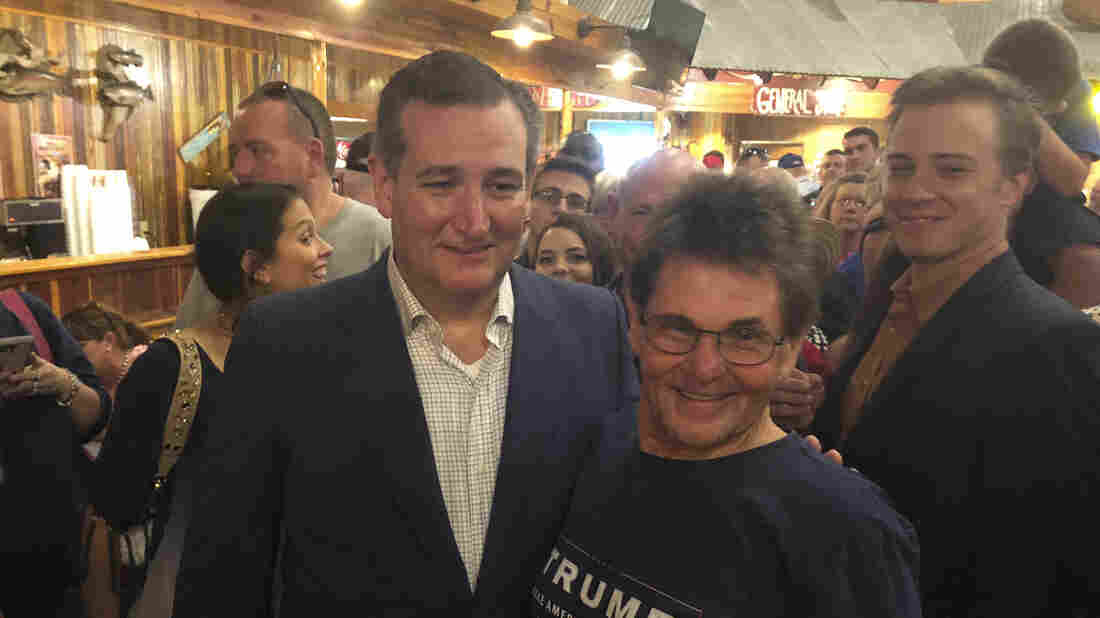 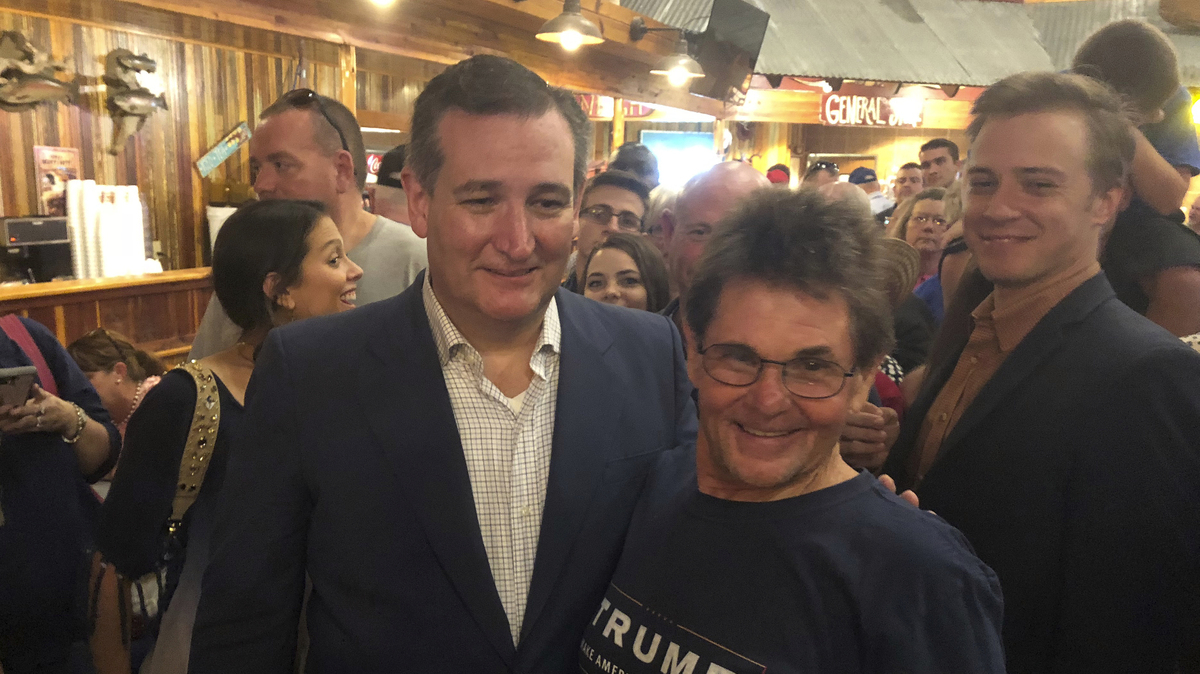 Since the primary, O'Rourke has been traveling around Texas and busting fundraising records, so far bringing in more than $23 million for his bid. But Latino political groups say there's little evidence his campaign is spending much of that money or drawing on the energy he's generated to do the harder work of turning a large number of nonvoters into voters, which is a hard task for any Democratic candidate in Texas.

"The challenge with a candidate like Beto, as great as he is, is that there is so little infrastructure and resources spent in off-year election cycles," said Cristina Tzintzún Ramirez, the founder of Jolt, a group working to mobilize young Latinos in Texas.

O'Rourke's campaign didn't respond to requests for comment for this story.

Another challenge: Republican voters still dominate elections in the state. Half a million more Republicans voted than Democrats during the March primary. And while Texas Republicans in particular have taken a hard turn to the right in the past decade, they're still able to draw on a relatively deep well of Latino support.

Only 54 percent of Hispanic voters backed O'Rourke, according to a recent Quinnipiac University poll, while 45 percent supported Cruz, whose father is Cuban although he doesn't speak Spanish.

Historically, there are several reasons Democrats and third parties haven't made deep investments in changing the state's electorate.

One, the Latino population is very young and younger people are far less likely to vote than older people. Two, voter registration drives are especially labor intensive and expensive in Texas due to the state's election laws.

Outside groups, Ramirez said, don't want to spend that kind of money in the country's second-most-populous state when it has been solidly Republican for almost a quarter-century.

This November, Soto, the UT lecturer, thinks O'Rourke might get slightly more Latinos to vote for him, but she is cautious about whether it will be enough for him to win the Senate race.

"Patterns are patterns," she said. "There is nothing I would like more than to be pleasantly surprised by an increase in voter turnout, but I think ... it's going to be a ripple rather than a wave."

The fact that this race is closer than anyone thought, Soto continued, is a sign that the state's demographics are changing. It's just happening very slowly.