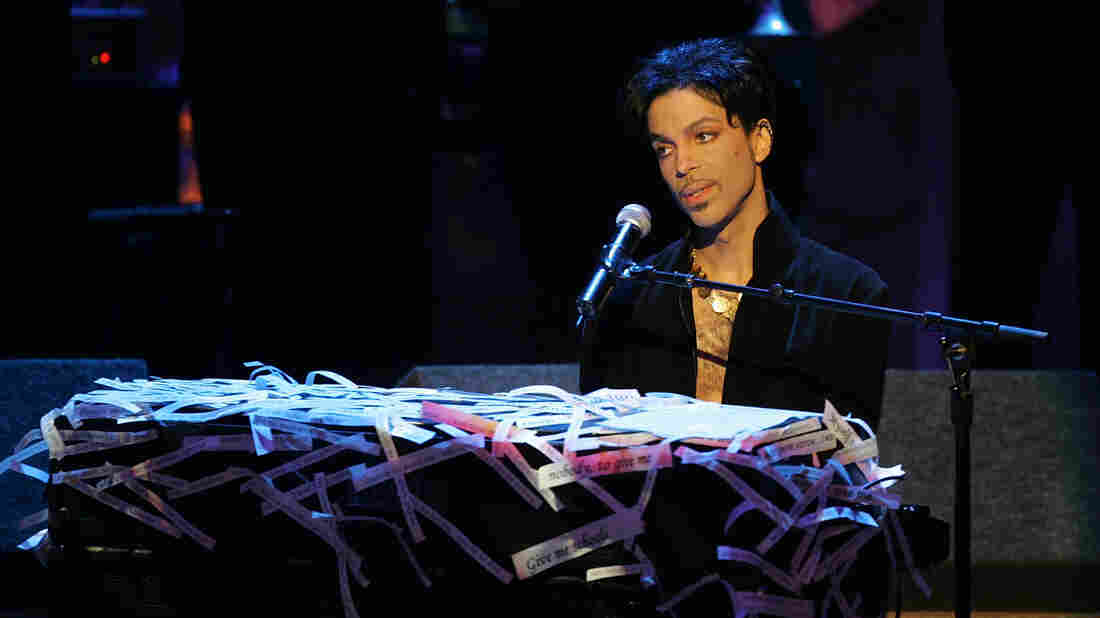 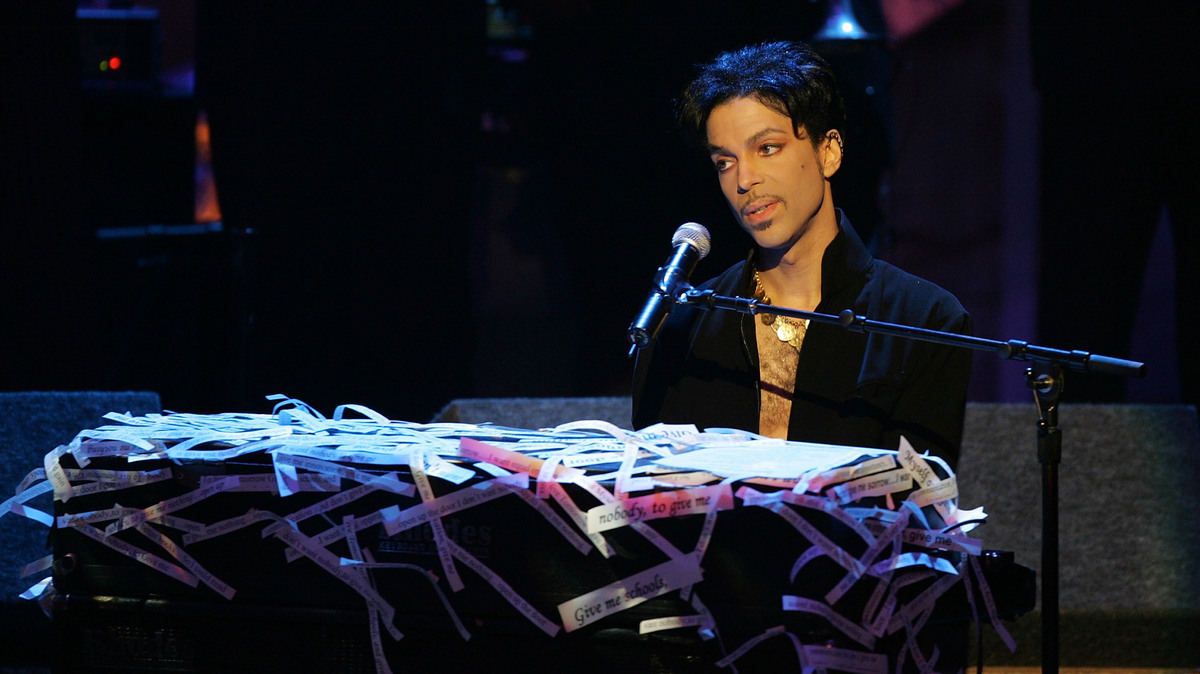 Prince's first posthumous album, Piano & A Microphone 1983, is out now.

Piano & a Microphone 1983, is the first posthumous album released by the Prince Estate since the superstar's death two years ago. It's an intimate recording of the artist before he was a giant, international star working through songs in a home studio — just Prince and his piano. The never-before-heard recording was discovered in the singer's personal vault on a cassette tape and takes place in Prince's Kiowa Trail home studio in Chanhassen, Minn. But don't think of this release as some unearthed demos meant for others to hear. As NPR Music critic Ann Powers explains, these songs were for Prince to try out ideas and develop new material.

"We are being allowed into a moment that we don't necessarily get and we never would have had access to, honestly, while Prince was alive," Powers says.

The album contains the fledgling beginnings and snippets of songs like "Purple Rain," which would go on to be one of Prince's most massive hits, a cover of Joni Mitchell's "A Case of You" and a re-imagination of the gospel classic "Mary Don't You Weep."

Above all, what the stripped-down piano on the album shows listeners is the process of how Prince worked. "What his piano-playing shows us is how he finds his voice," Powers notes. "His vocal style is related to the instrument."

As working tapes, Powers believes that if Prince were alive he would "most certainly not" want this early music out in the world. But she also argues that the release of Piano & A Microphone 1983 isn't an exploitation of the artist.

"I think we understand Prince's creativity in a different way because of it and for that reason, it doesn't feel like a violation, it feels like a gift," Powers says.

Piano & a Microphone 1983 is out now via Warner Bros. Records