Accessibility links
Vietnamese President Tran Dai Quang Dies After 'Serious Illness' In Vietnam, the largely ceremonial post of president is one of three top leadership positions, along with prime minister and secretary-general of the Communist Party. 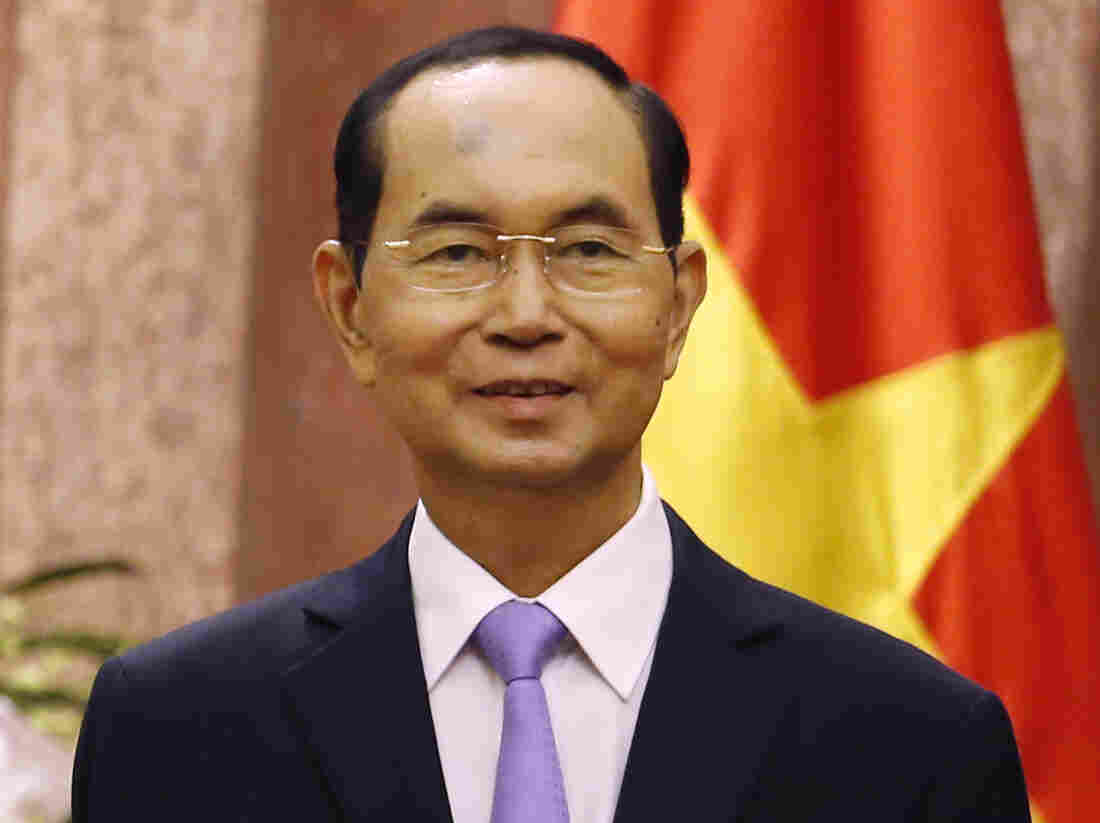 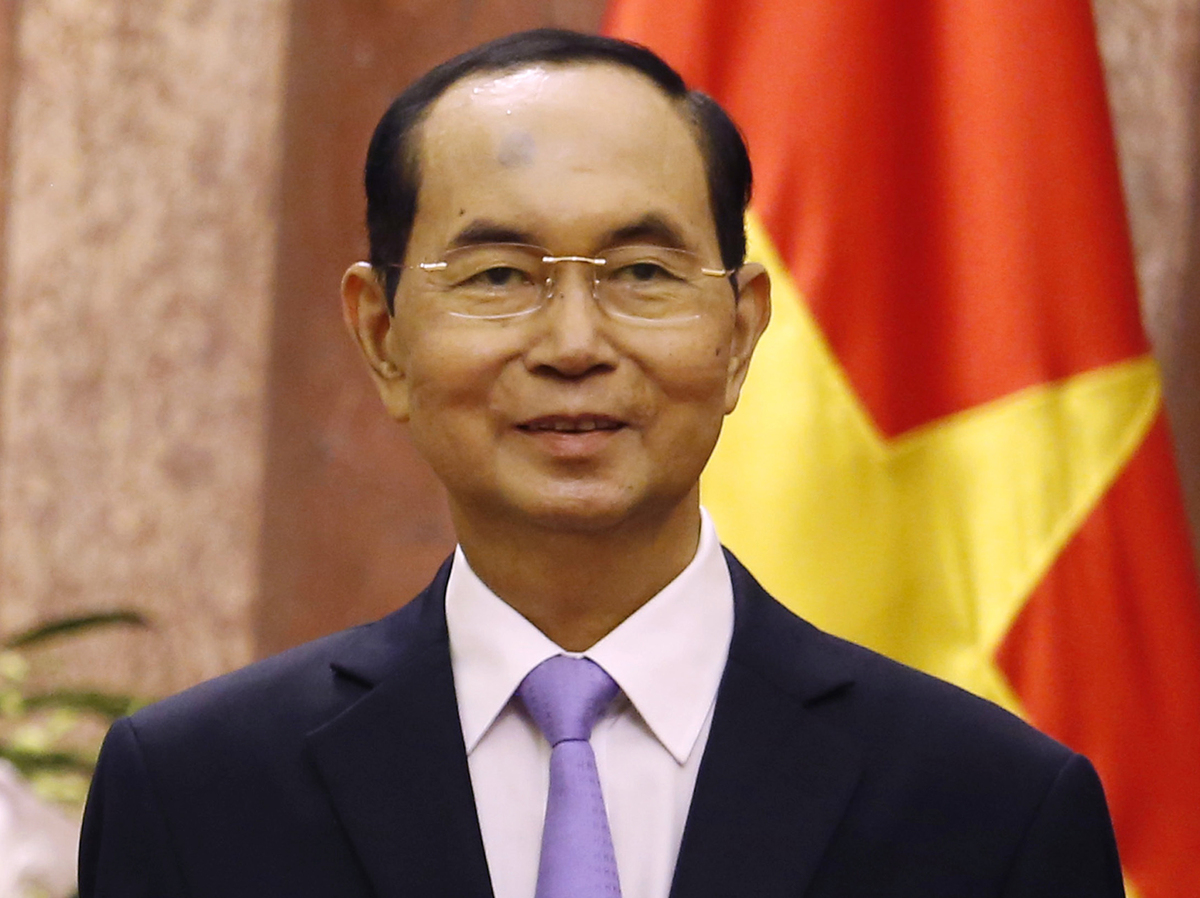 Vietnam's President Tran Dai Quang shown during a meeting with Myanmar's leader Aung San Suu Kyi at the Presidential Palace during the World Economic Forum on ASEAN in Hanoi, Vietnam. Quang died Friday at age 61 due to illness.

Vietnamese President Tran Dai Quang, one of three top leaders in the Southeast Asian country, has died at age 61, according to state media, which says he suffered from a "serious illness."

Quang was sworn in as president in 2016 and served in the largely ceremonial post alongside Prime Minister Nguyen Xuan Phuc and secretary-general of the Vietnamese Communist Party, Nguyen Phu Trong, who experts believe wields the bulk of the power in the country's leadership triumvirate.

Quang died in a military hospital in Hanoi from a "serious illness despite efforts by domestic and international doctors and professors," according to Vietnam Television.

According to The Associated Press, "The state-run online newspaper VnExpress quoted a former health minister and the head of a national committee in charge of leaders' health, Nguyen Quoc Trieu, as saying that Quang had contracted a rare and toxic virus since July last year and had traveled to Japan six times for treatment. He did not specify the virus."

Quang had not been seen in public for several weeks before his death was announced. In May, at the time of the Vietnamese Communist Party's Seventh Plenum, The Diplomat reported that there were rumors Quang would be replaced "on account of health."

"However, no new Politburo members were named, while Quang quashed rumors of his ill-health by successfully carrying out his duties as chair for the closing session," according to The Diplomat.

Prior to serving as president, Quang had been the head of the Ministry of Public Safety, the country's de facto security and intelligence service, which has been singled out by international critics of Vietnam's human rights record.

Quang hosted President Trump when he made his first state visit to the country during the Asia-Pacific Economic Cooperation (APEC) CEO Summit in Danang last year.