Accessibility links
Report Finds Faster Response 'Might Have Changed Things' For College Football Player Staff waited more than an hour after offensive lineman Jordan McNair began showing signs of dehydration and heatstroke during practice before calling 911, according to a report released on Friday. 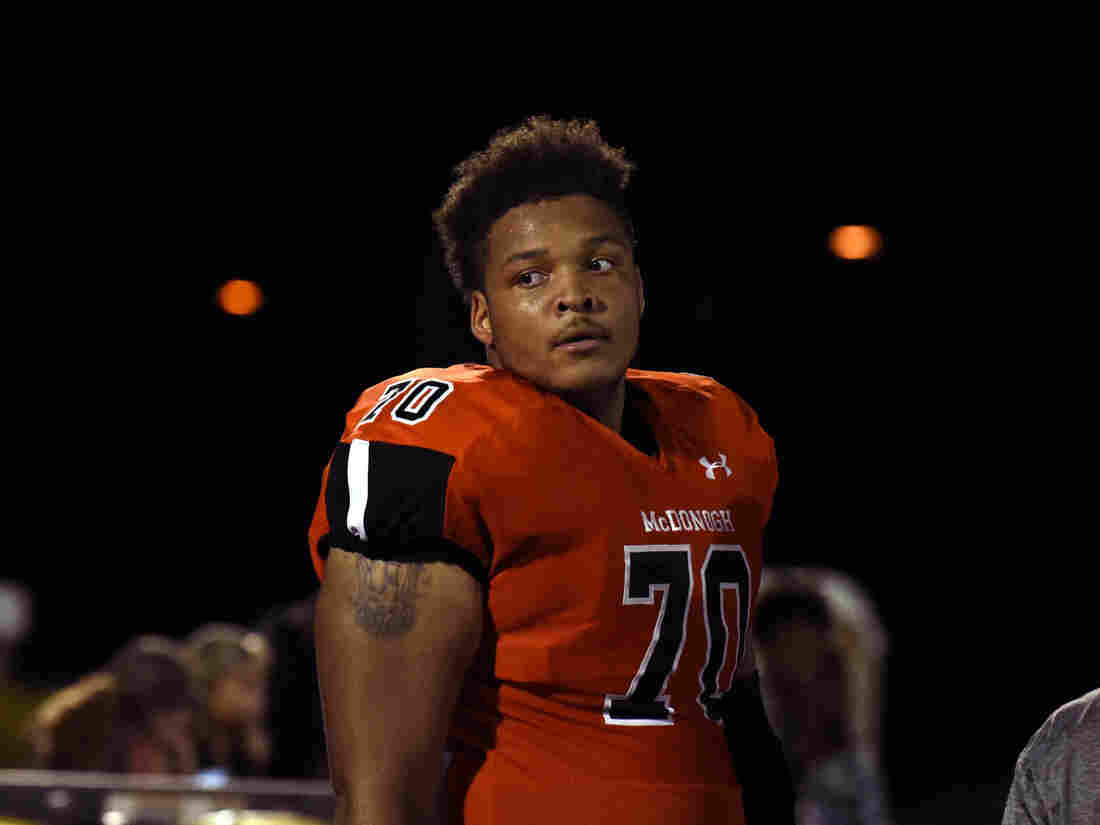 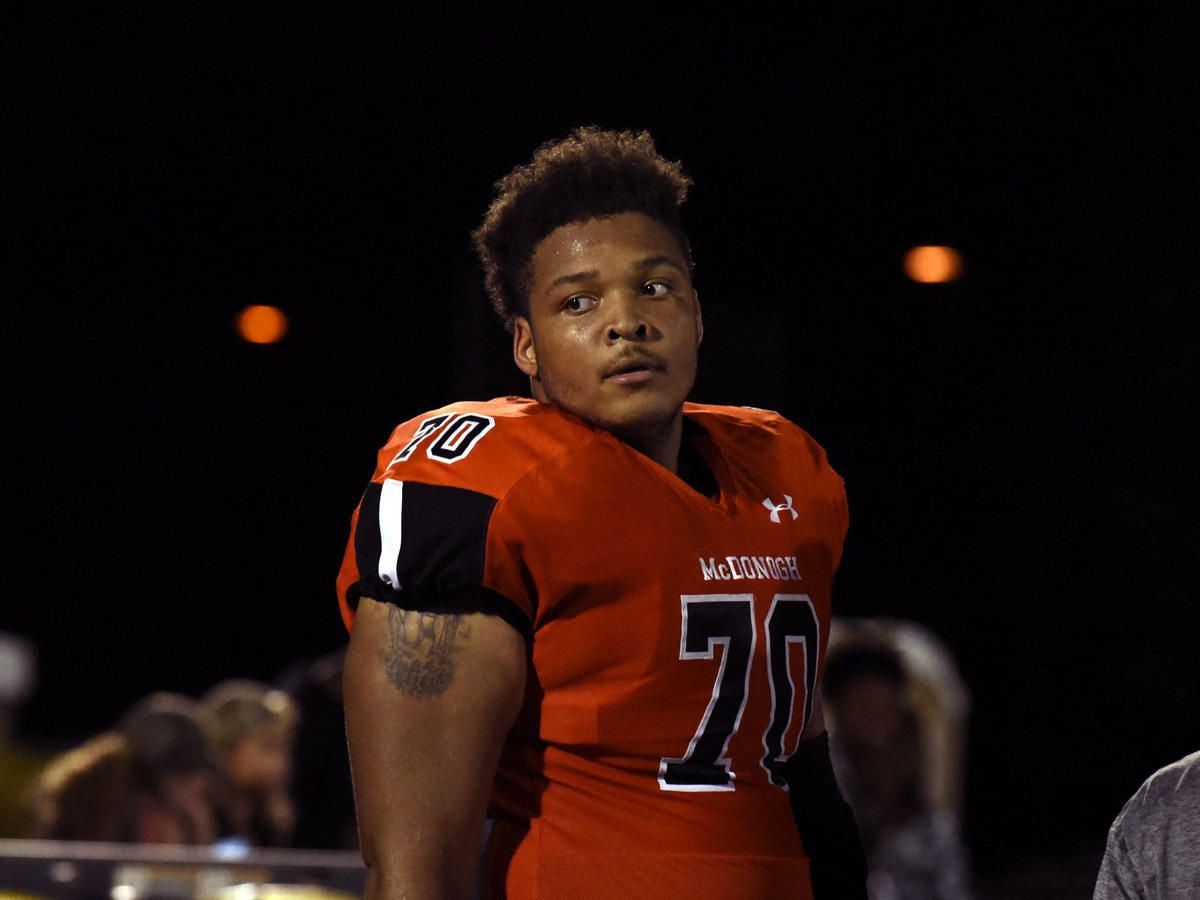 Athletic training staff at the University of Maryland failed to follow a series of established best-practice guidelines after 19-year-old offensive lineman Jordan McNair began showing signs of dehydration and heatstroke during practice, according to an independent report released on Friday.

The 74-page report is the result of an investigation by Walters Inc., a sports medicine consulting company. It chronicles the events leading to McNair's collapse on the field on May 29 and his death — caused by heatstroke — on June 13. It concludes that the training staff failed to rapidly diagnose and treat McNair, adding that if trainers had recognized the severity of the the teenager's illness "there might have been the opportunity to reverse the patient's core temperature."

The University System of Maryland Board of Regents reviewed the Walters findings in a closed-door meeting at Towson University.

Piecing together video surveillance footage and interviews with staff and team members, the report found that an hour and seven minutes elapsed between the time McNair first showed symptoms such as hyperventilating, back cramps and fatigue after running sprint repetitions and the time school officials called 911. It took another 32 minutes before he was loaded into an ambulance, because of a last-minute change in practice venue, poor communication between training officials and the emergency response team, and construction roadblocks that prohibited ground floor access to the training facility.

"The traffic changes, reporting of ambulance to the upper parking lot versus the field level, loss of access to the [training facility]; all added to the confusion," the report says.

By the time officials reached McNair, he had already suffered at least two seizures, according to the report. And yet, he was not administered cold immersion therapy — the most effective way of treating heat illness — nor did any of the medical staff take McNair's vital signs, including core temperature.

The trainers explained that they had decided not to place McNair in the facility's cold whirlpools for fear he might drown "because of a concern of the size of the student athlete and the smaller stature of the caregivers."

University President Wallace Loh has publicly admitted that the school's training staff misdiagnosed McNair's collapse. In an August press conference Loh said, "the university accepts legal and moral responsibility for the mistakes that our training staff made on that fateful workout day of May the 29th, which of course led subsequently to his death."

In a tweet following the publication of the Walters report, the university said, "After the tragic death or our student-athlete Jordan McNair, we have made changes across all sports & pledge to do more."

At #UMD, our commitment to the safety & well-being of our students is paramount & resolute. After the tragic death of our student-athlete Jordan McNair, we have made changes across all sports & pledge to do more: https://t.co/p3FX24lrZc pic.twitter.com/UtyvtVosIn

Although the results of the investigation were only made available Friday, Loh said in a statement that the athletic program has begun implementing many of the recommendations included in the report.

"Actions to improve the safety of the training and conditioning sessions include: adopting new technology to improve how we monitor the ambient temperature and modify practices accordingly; implementing mandatory hydration testing and emphasizing longer and more frequent recovery breaks. The Athletic Department also increased the number of doctors and trainers present at football practices and games."

University System of Maryland Board of Regents Chair James Brady said no decision on the future of head football coach DJ Durkin has been made.

Durkin was placed on leave last month after allegations that he engendered a culture of bullying and humiliation.

USA Today reported Brady said the university is awaiting the conclusions of a second independent investigation into Durkin's conduct, before deciding whether to keep him on. There is no deadline for the second report, but the newspaper reported Durkin said it would be "soon."