Accessibility links
'Unclaimed Baggage' Is The Quintessential Southern Novel For Teens Jen Doll's new novel follows a group of misfit kids working at Alabama's legendary Unclaimed Baggage store, a place where all kinds of lost things (and people, and one purple leopard suitcase) end up. 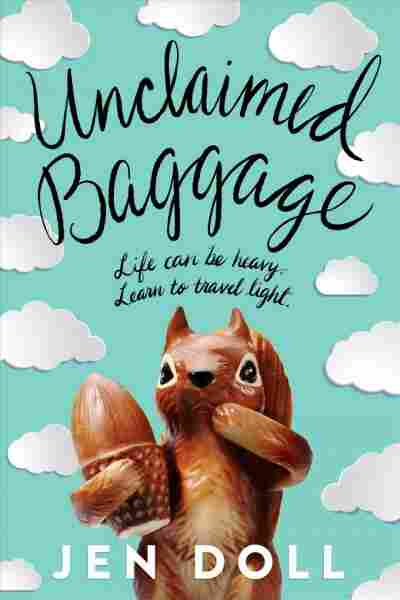 As a Girl Raised In The South, I grew up knowing the legend of the infamous Unclaimed Baggage Center, the Alabama store that buys and sells lost airline bags. Back in the day, their major claim to fame was the acquisition of a Hoggle puppet from the production of Labyrinth — my favorite character in one of my favorite movies. I never managed to make a pilgrimage, but the title of this book definitely piqued my interest. And what a magnificent gem of a story I found.

Unclaimed Baggage is presented in Faulkneresque As I Lay Dying style: first person present tense narratives from different points of view, chronicling three months of one summer. (For the record, I loathe first person present tense, to the point where I cannot enjoy it unless the author is skilled enough to hit all other notes perfectly — so my hat's off to Jen Doll.) The storytellers are a bunch of lost souls: Doris, Nell, Grant, and a purple leopard print suitcase. The thing they need to find is each other.

Doris is the leader of the pack, a rebellious teen who grew up in this small Alabama town and loves Unclaimed Baggage like a second home. Her summer job there is her life, and the misfits she works with are her family. As a result of a promotion, she is now in charge of the back room staff for the summer.

'To Be Honest,' This Is A Sweet Book About A Savvy Young Woman

Her first hire is Nell, a 16-year-old transplant from Chicago. Nell, with little more to her than the boyfriend she left behind, shows up at the store under orders from her mother. She and Doris hit it off immediately. Much of Nell's story was my own story, though my family moved down from Vermont when I was six, so there were no boys pining after me. Nor did I have Nell's command of the language — she's throws "y'alls" around like a natural by the end of the book.

Reluctantly on the Unclaimed Baggage roster is Grant suspended captain of the football team, possible alcoholic, and beautiful, complicated wreck. Despite the upper-level vocabulary scattered throughout his narrative, Grant seems entrenched in his dude-bro-ness, with little desire to change. But the more time he spends with Doris and Nell, the safer he feels, and the more he begins to reopen old wounds and start healing. Friends are so important when you're a teen — some just take longer than others to find their tribe.

Though it doesn't have a speaking part, the South also plays a major role in this book, described with the sort of vividness that comes only from having lived there.

As for the purple suitcase? Well, that's a mystery I'll leave you to uncover for yourself.

Though it doesn't have a speaking part, the South also plays a major role in this book, described with the sort of vividness that comes only from having lived there. Jen Doll covers it all masterfully, from teens sneaking into the woods for disreputable reasons, to the crusade to make all Yankee children say "Yes, ma'am" and "No, sir." Less subtly, the author addresses the casual racism that still reigns supreme in this area, and how damaging it can be. The result is a dense, rich, and powerfully beautiful story. A quintessential Southern Novel for Teens, bordering on Gothic, but still managing to leave the reader with a sense of wonder and optimism.