Accessibility links
Las Vegas Shooting Survivors Still Recovering 1 Year Later A young man, shot in the lung, hid under a dead body and survived. A police officer who had never before fired his gun on active duty, now trains others. People visit a makeshift memorial for victims of the mass shooting in Las Vegas in October 2017. Fifty-eight crosses were planted in front of the sign to commemorate each of the people killed in the attack. John LocherAP hide caption 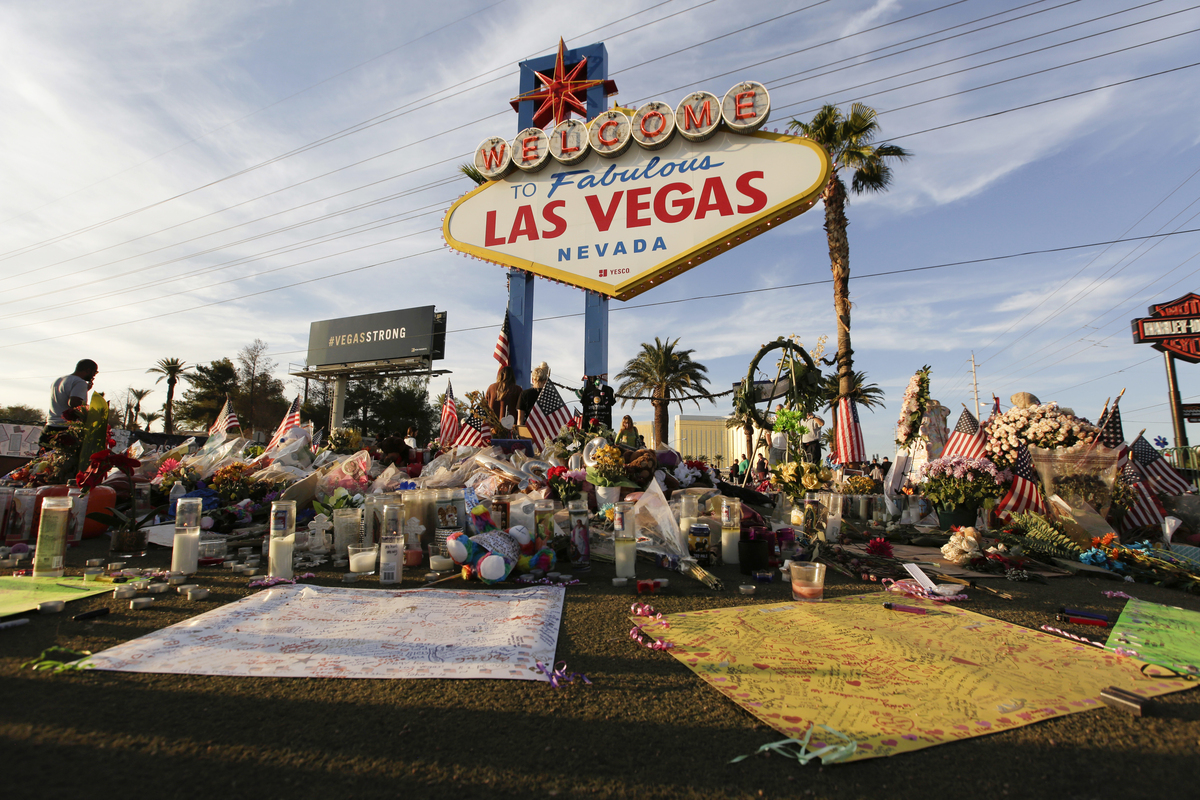 People visit a makeshift memorial for victims of the mass shooting in Las Vegas in October 2017. Fifty-eight crosses were planted in front of the sign to commemorate each of the people killed in the attack.

Watching Nick Campbell now you wouldn't know what he's been through.

NPR first spoke to Campbell last year when he was 16, a high school student from a suburb of Las Vegas, just after the shooting. He was in a hospital bed, his right lung pierced by a bullet, his ribs broken.

"It's been a long, long road, mentally and physically," he says. "Physically, I'm back. I mean not back to normal, there are still hindrances here and there with my lungs and my ribs."

But Campbell says the physical recovery was easier than the mental.

"I mean because we live here it's everywhere. So you can't really run from it, you kind of have to get through it. So that was the hard part too."

One year ago, a man opened fire from the Mandalay Bay Resort and Casino into crowds at a country music festival. It was the single deadliest mass shooting in modern American history. He killed 58 people, injured hundreds more and left this city reeling.

A year on the city and survivors of the shooting are still healing.

'I hid under someone who was dead'

Campbell had been at the festival with his girlfriend. When the shots began he dove on top of her to protect her. He helped her climb over a fence, but he couldn't make that climb himself because of his wounds. He searched for a way to protect himself.

"I hid under someone who was dead," he said at the time. "The shooter is not going to shoot where there's already someone dead."

Campbell is now 17. He played basketball at school last year, ran track and was a lifeguard over the summer.

There are reminders everywhere, the #VegasStrong T-shirts, the rallies, the tributes and the remembrances. So, over the past year, he slowly confronted every reminder of that night and spent months in therapy. 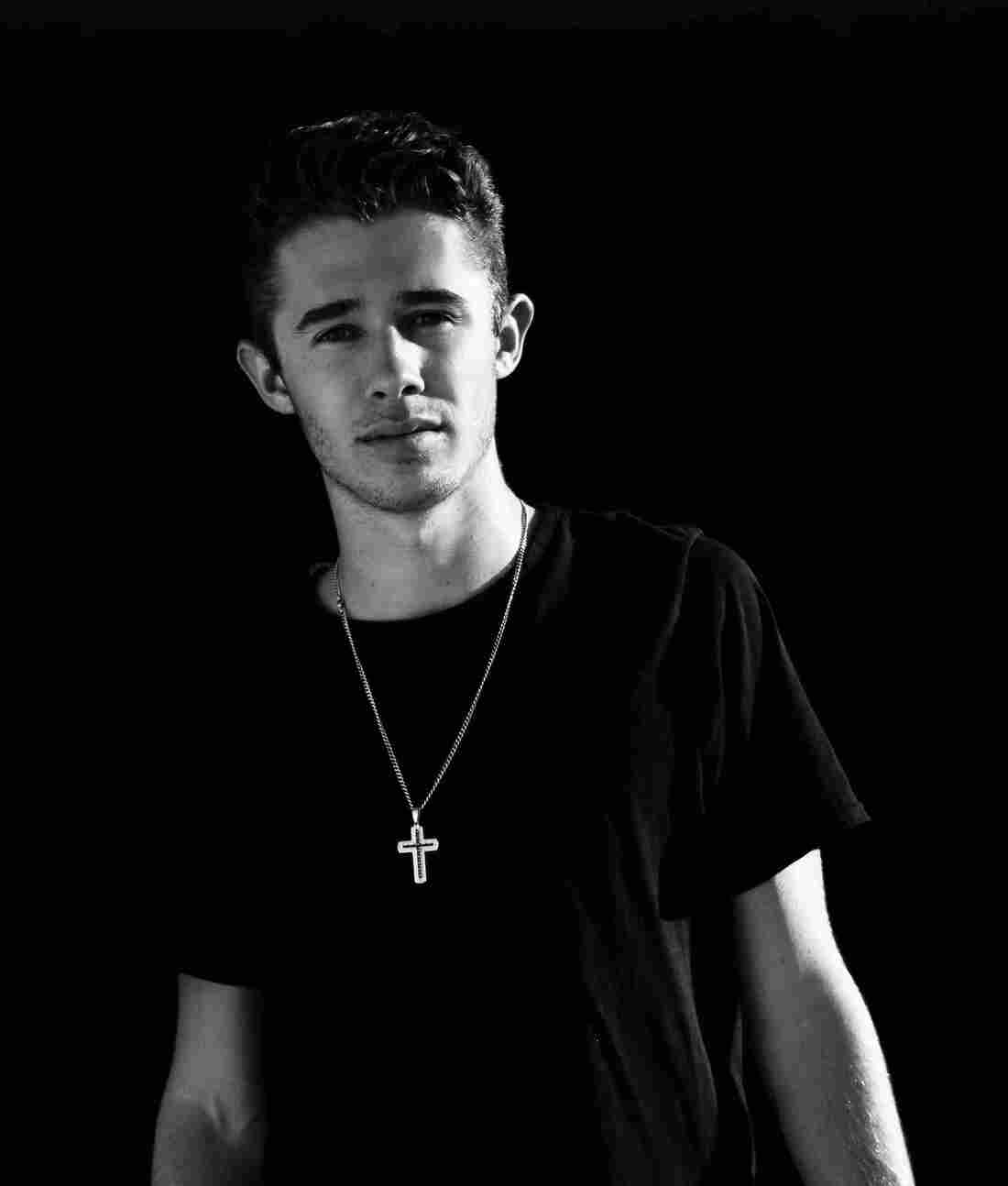 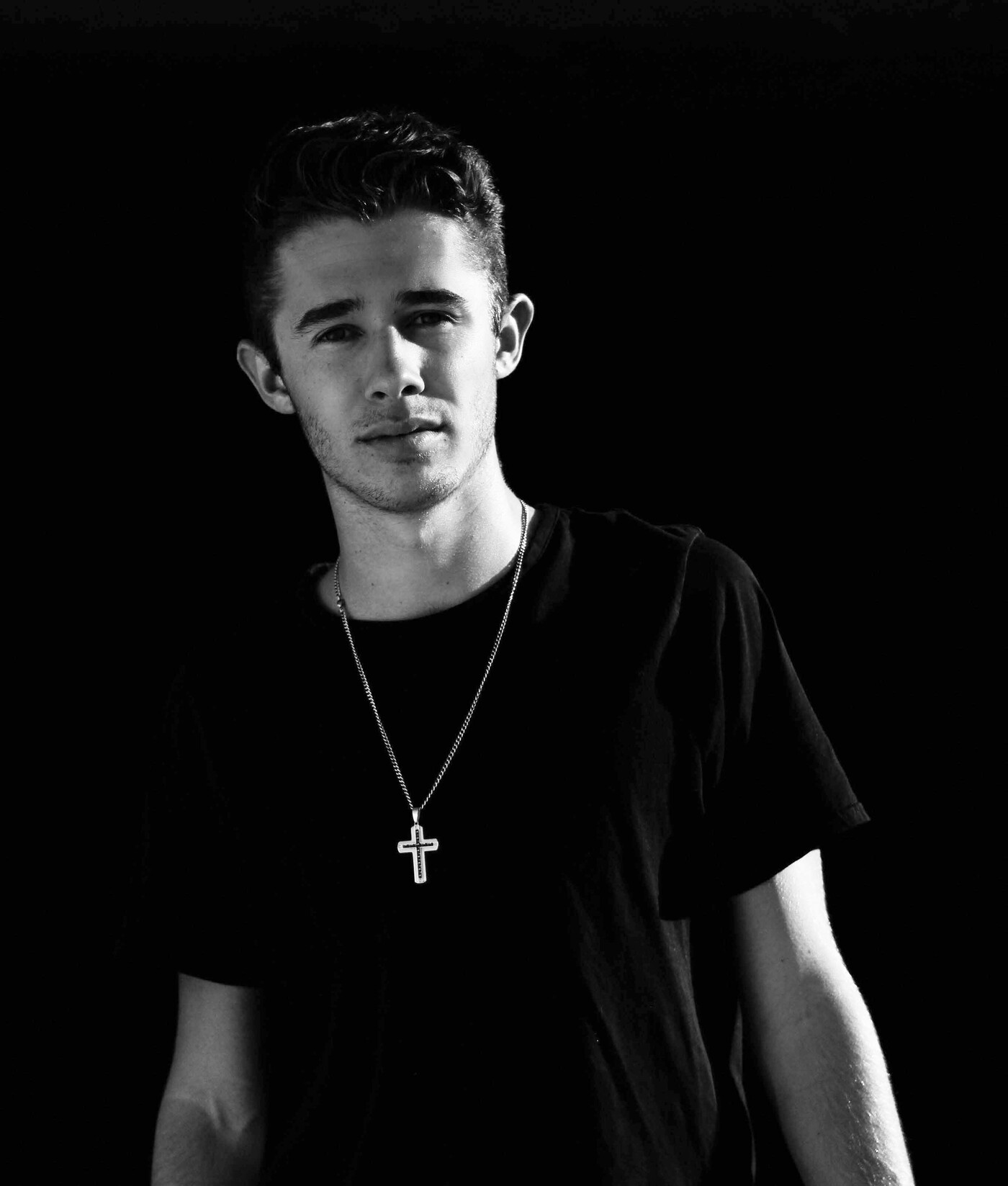 He returned to the open-air venue of the festival a week after the shooting.

"I just sat there for a little bit and I just cried and that helped a lot," he says.

Another time he went back with his girlfriend. They cut off the admissions bracelet for the festival and threw them over the fence.

There are triggers: war movies, loud noises and the most difficult trigger...his girlfriend. She was with him that night and, when together, they sparked tough memories of what happened that day.

"We just kind of decided let's just take a break," he said. "And we didn't speak for six months straight."

They didn't want to bring each other down, he said.

Recently he and his girlfriend got back together and jumped the biggest hurdle so far. They went to a concert a lot like the one where Campbell was shot. It was country music, and it was outside.

"At first I was really anxious because the hotel was right there and it was the same setting, same feeling, she was right next to me. But then once I got into it and I didn't think about it anymore."

There have been mass shootings since. After the February shooting at Marjory Stoneman Douglas High School in Parkland, Fla., teens reached out to him to ask how he got through it. He didn't join the rallies, he's not political, but he shared his experience with those who asked.

"I just told them don't give up or don't let it affect your day to day life," he said. "It's not your whole life. You can get through it and it gets better ... it actually gets better."

What's changed most in the last year is Nick Campbell.

"I don't sweat the small stuff anymore," he said. 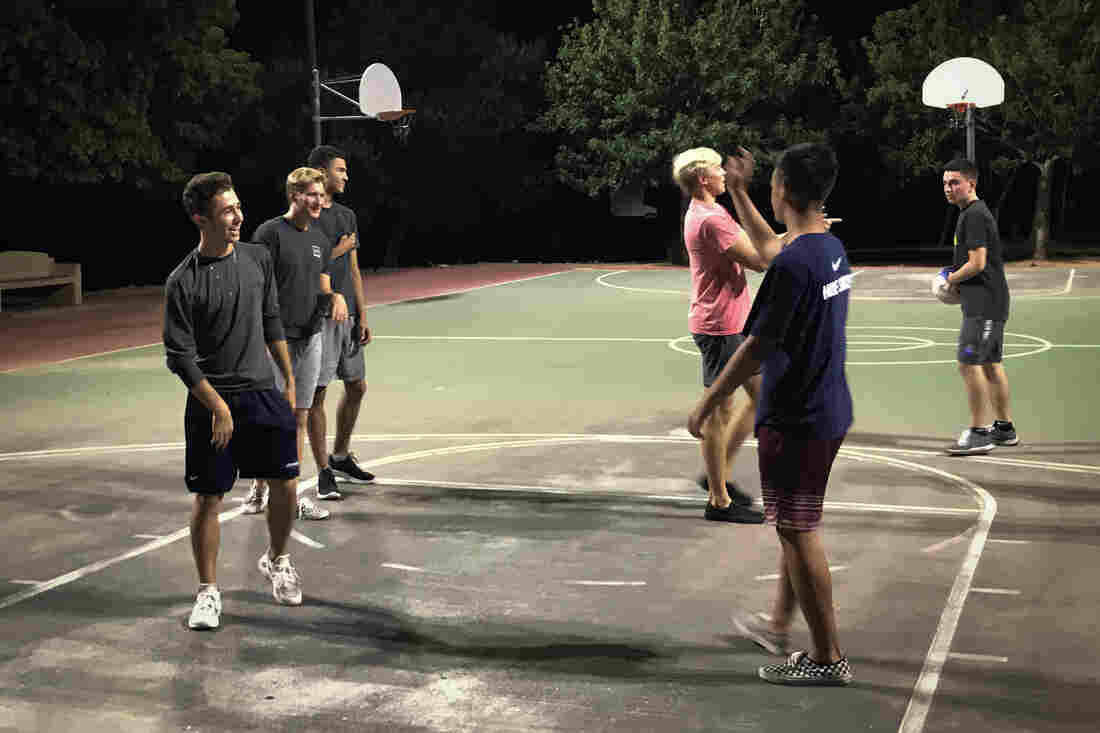 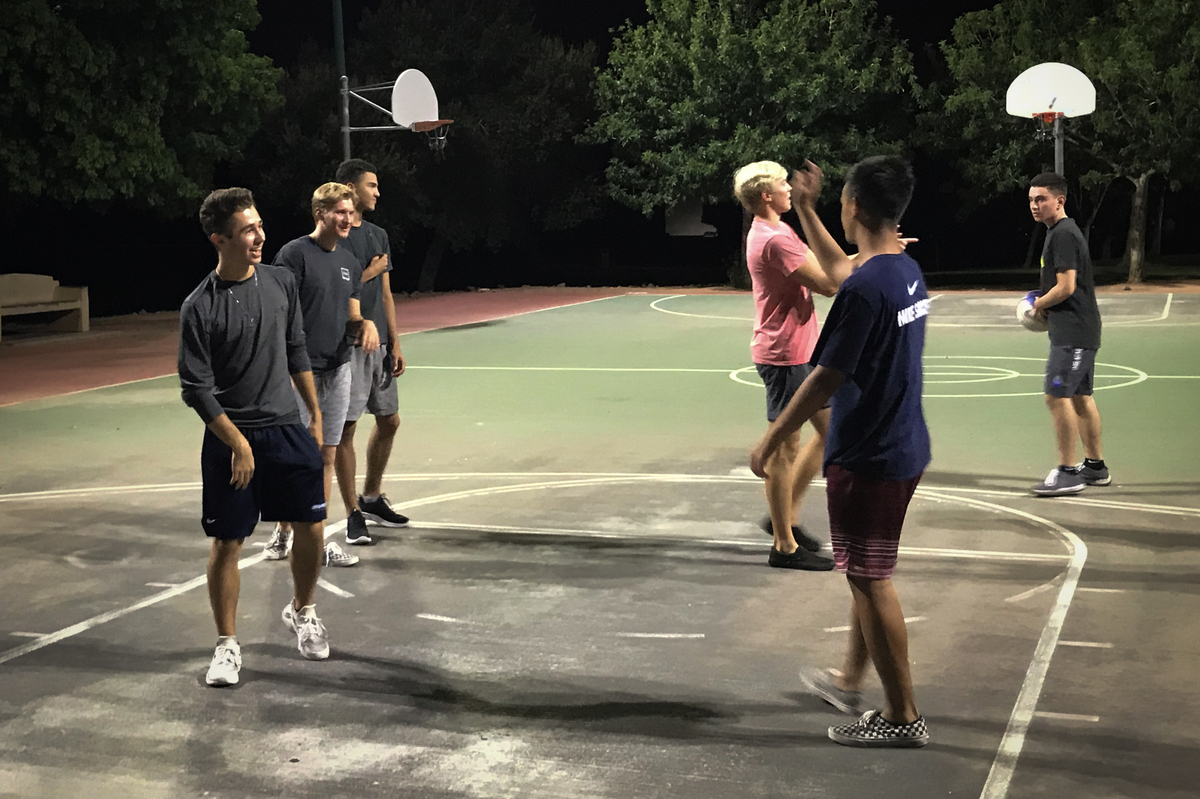 In interviews with survivors there's a common theme, a renewed sense of purpose. For Campbell, its a better appreciation of life. For Las Vegas Police Officer Justin Van Nest, it is using his experience from that night of shooting to train others.

After the shooting, many survivors wanted to know why it happened. But there were few answers.

"The goal of our investigation all along was to provide the public with the clearest picture possible of the events leading up to Oct. 1, as well as motive," Clark County Sheriff Joe Lombardo told reporters at the time. "What we have not been able to definitively answer is the 'Why Stephen Paddock committed this act?'"

Sgt. Justin Van Nest says a why wouldn't change much. 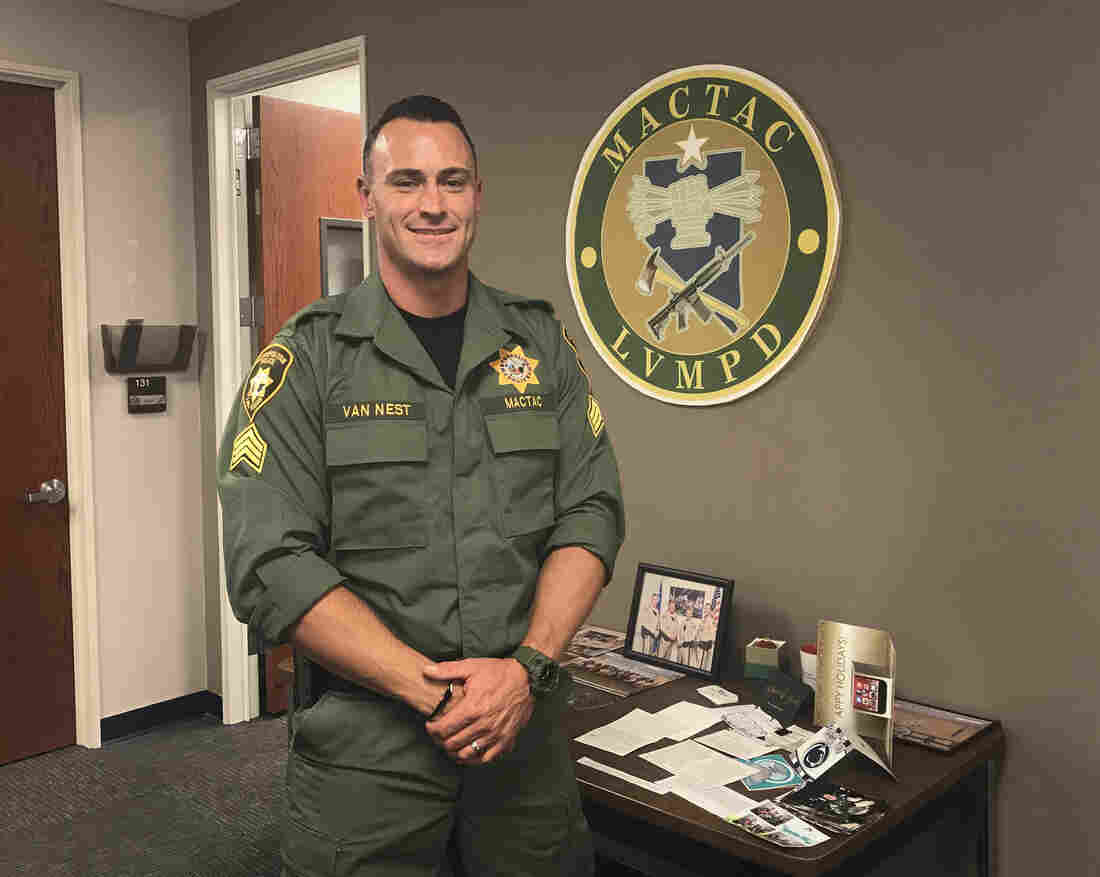 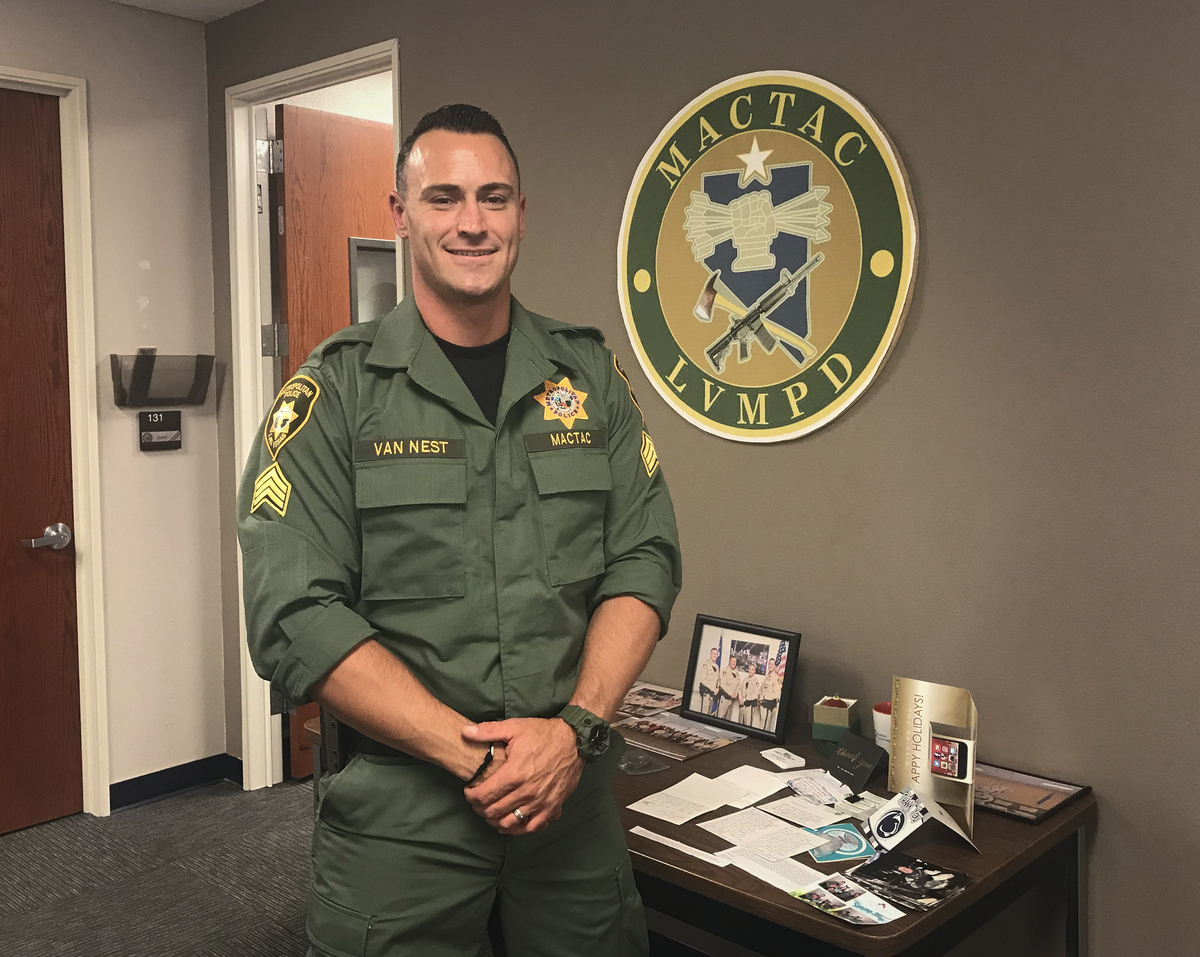 "People in order to heal and to cope and to rationalize it in their minds they want some kind of reason that they could say ok that makes sense, but what he did will never make sense to anybody," Van Nest said.

Van Nest was assigned to work overtime that day, securing the festival. He was wrapping up around 10 p.m. and the shooting began.

"We were taking gunfire," he said. "Later we learned that gunfire was directed at us not at the crowd at the time."

Police believed the shooter was firing directly at police vehicles at times during the 10 minutes of gunfire. Van Nest and the other officers were pinned down helping civilians find cover. It was chaos. By the time the shooting stopped, one off duty policeman was dead, several others injured and scores of civilians were killed and wounded. 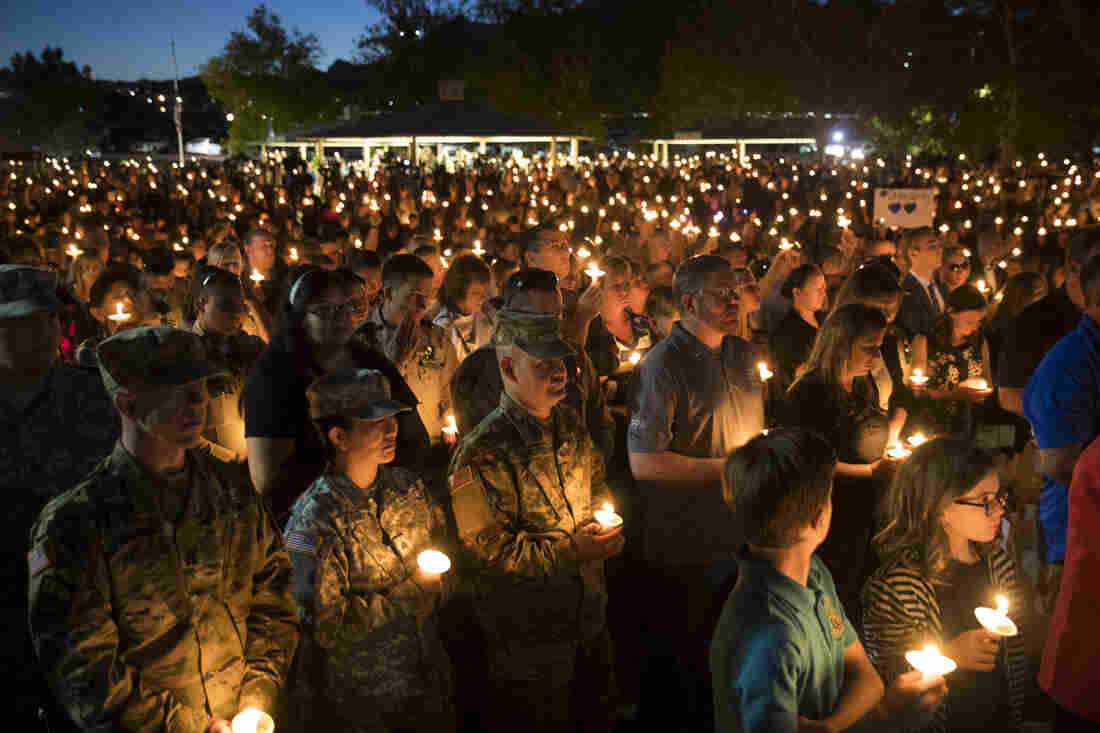 Community members hold candles as they attend a vigil for fallen Las Vegas Metropolitan Police Department Officer Charleston Hartfield. Hartfield, who was off duty, was killed when Stephen Paddock opened fire on the crowd killing at least 58 people and injuring more than 450.

Before that day, Van Nest had never fired his weapon in the line of duty in the nine years he'd been on the force.

Today, Van Nest works to make sure his department is ready to respond to any mass casualty event. He oversees training for things like active shooters. Van Nest tries to use his experience at the shooting last year to teach others.

"I have my own body cam footage and I use it as an example," he said. "You know maybe this was alright, what I did here or there. But look 'why did I do this or why did I do that?' Here's what I could've done that might have been better."

The office where we meet is filled with binders full of police reports of every mass casualty event that occurs.

Van Nest knows now that responding in the chaos of gunfire and crowds is not the same as in a training room. And he hopes he'll never have to respond to an event like the one on Oct. 1, 2017 again.

"You have this vision I think as a cop that you're going to show up on some scene and you're going to go in there and slay the dragon," he said. "I can say that this absolutely wasn't what I had ever envisioned that I would encounter. That I wouldn't know where bullets were coming from. I didn't have my rifle in my hands."

He says he thinks about it every day.

"This is something we can debrief for the rest of our careers and hopefully it's the last one we have to debrief," he said.