Accessibility links
Kavanaugh Accuser Christine Blasey Ford To Testify Thursday Attorneys for Ford reached an agreement with committee staff on Sunday after days of negotiations over the conditions and details of her appearance. 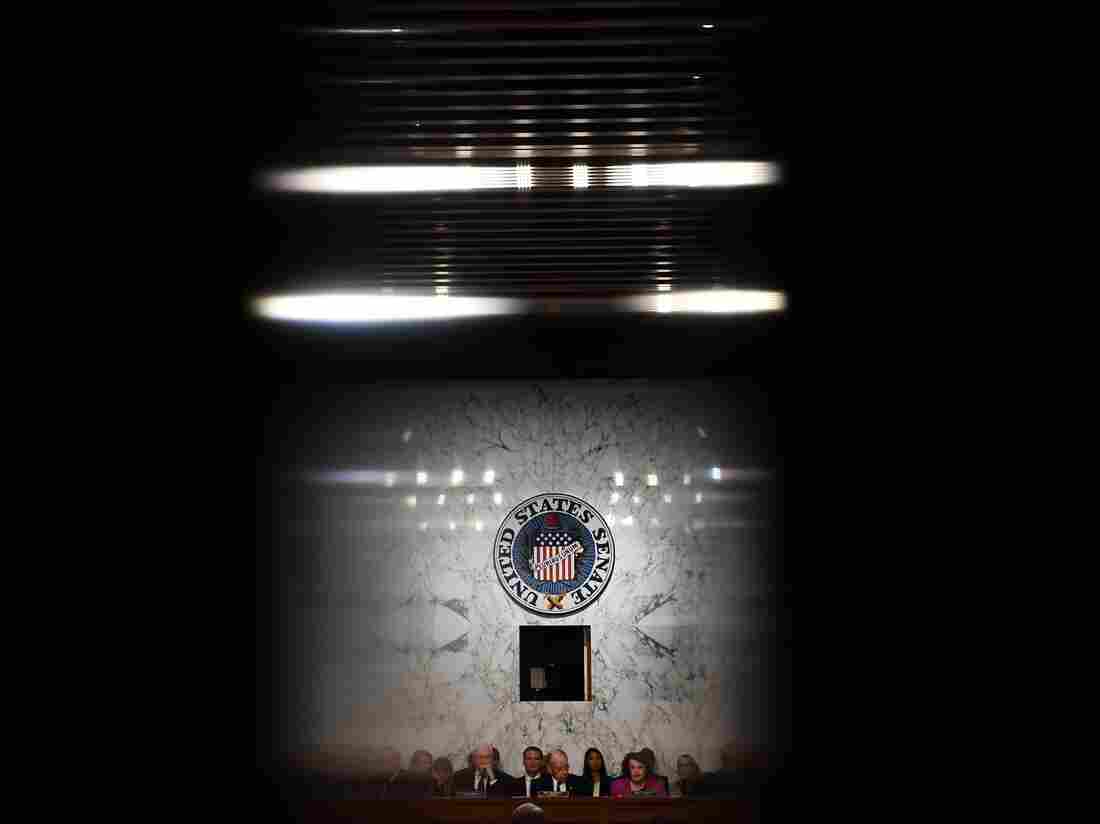 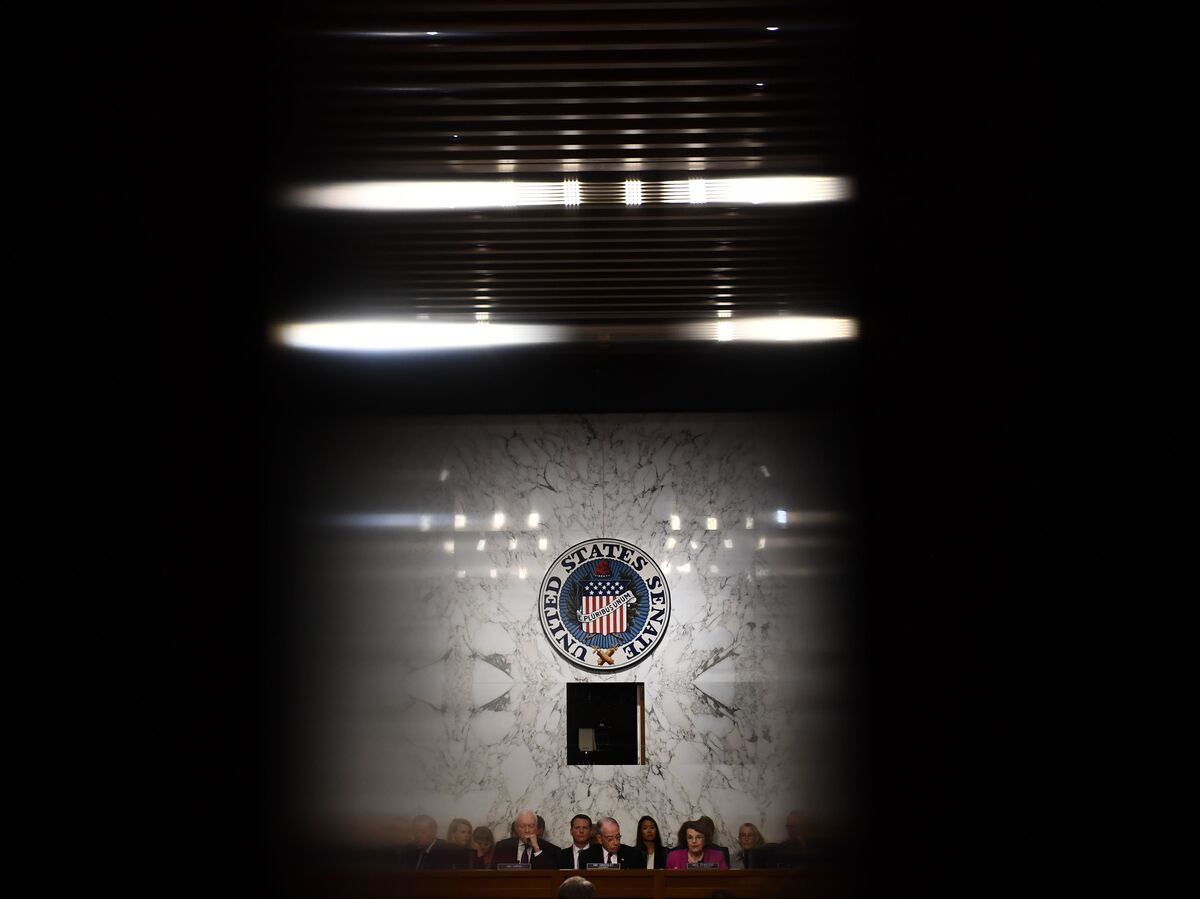 Members of the Senate Judiciary Committee listen on the first day of Supreme Court nominee Brett Kavanaugh's confirmation hearing on Sept. 4. Kavanaugh will appear before the committee again this week.

Christine Blasey Ford, who has accused Supreme Court nominee Brett Kavanaugh of sexually assaulting her more than 30 years ago, will testify Thursday before the Senate Judiciary Committee.

Attorneys for Ford reached an agreement with committee staff on Sunday after days of negotiations over the conditions and details of her appearance. The terms of their agreement provide that Kavanaugh will also appear before the committee, but he will not be in the room while Ford is speaking or being questioned.

Ford alleges that Kavanaugh attacked her at a high school party in the 1980s when they were teenagers. She says Kavanaugh was drunk at the time and forced her onto a bed and groped her before she was able to get away. Kavanaugh strongly denies the allegations and has said he is eager to speak to the committee.

The two sides finalized the date and time of the hearing over email. Ford's attorneys say they are still negotiating "a number of important procedural and logistical issues." The lengthy talks were hampered by a disagreement over who will question Ford at the hearing, according to an email exchange obtained by NPR.

Republican committee staff told Ford's attorneys that they would be unwilling to accept what they characterized as a "demand" that only senators be permitted to ask questions of the witnesses.

The staff wrote in one email that Grassley asked them to convey that "the Committee determines which witnesses to call, how many witnesses to call, in what order to call them, and who will question them. These are non-negotiable."

Committee staff has agreed to several additional requests from Ford and her attorneys. They agreed to limit press access to the hearing, including allowing only one television camera in the hearing room. The two sides agreed to give equal time to all senators who wish to question Ford and to allow "adequate breaks" during the hearing.

They also agreed to increased security for Ford and Kavanaugh. Both have received death threats that have grown more intense over time.

An earlier audio version of this story incorrectly stated that Christine Blasey Ford's attorneys wanted staffers to conduct the questioning. They have actually requested that only senators be allowed to ask questions.