Accessibility links
Wildfire Breaks Out Near Camp In Greece, Home To Thousands Of Refugees A plume of smoke was visible not far from the Moria camp on the Greek island of Lesbos. The number of migrants and refugees arriving in Greece by sea has soared this year.

Wildfire Breaks Out Near Camp In Greece, Home To Thousands Of Refugees

Wildfire Breaks Out Near Camp In Greece, Home To Thousands Of Refugees 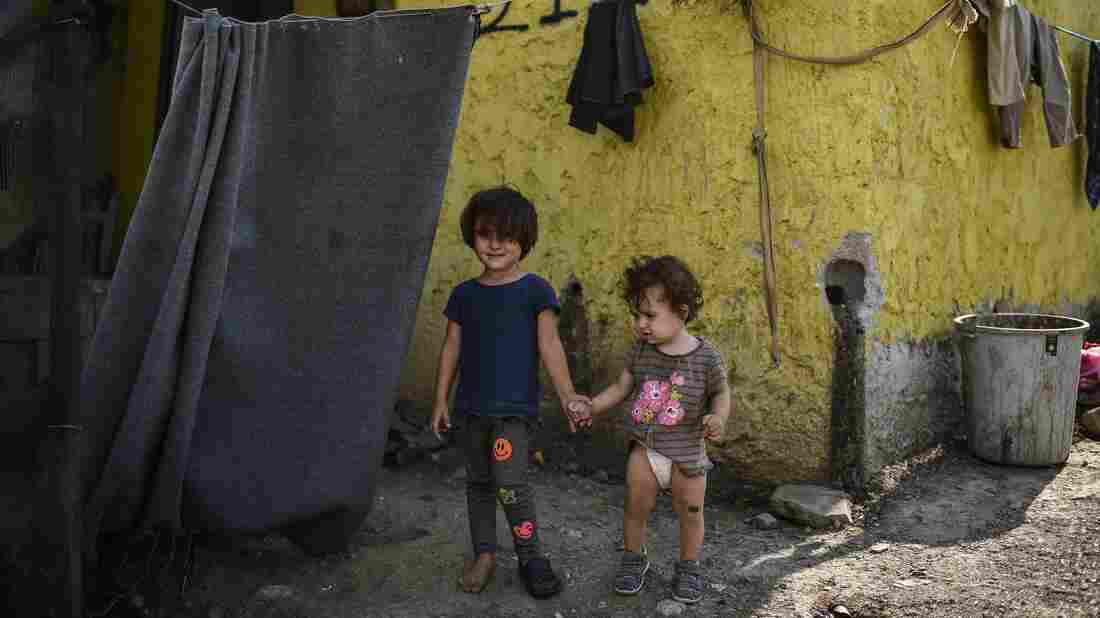 A wildfire raged near the Moria refugee camp, pictured here, on Greece's Lesbos Island. The camp is home to an estimated 9,000 migrants and refugees. ARIS MESSINIS/AFP/Getty Images hide caption 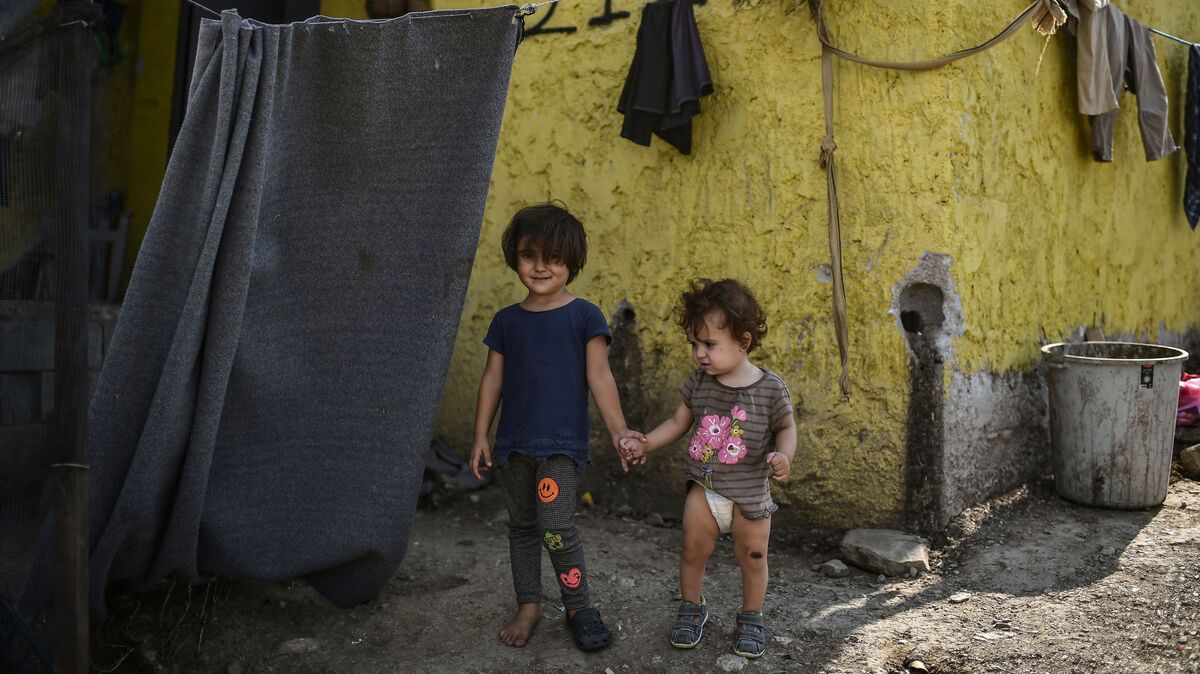 A wildfire raged near the Moria refugee camp, pictured here, on Greece's Lesbos Island. The camp is home to an estimated 9,000 migrants and refugees.

A wildfire broke out near a camp with thousands of migrants and refugees on the Greek island of Lesbos. The camp, known as Moria, and the makeshift settlements surrounding it, are home to an estimated 9,000 people.

Video shared on social media showed a plume of smoke not far from the camp, and the sounds of children shrieking as helicopters flew towards the fire, dousing water.

The fire began on Saturday just after authorities had begun relocating nearly 2,000 of the mostly elderly, sick or child refugees to a separate camp in northern Greece, according to The New York Times.

The children of #Moria (especially from Syria and Afghanistan) started crying when they heard the helicopter sound... The trauma of what happened in their countries is so obvious...
The fire near the camp is now under control and everyone is safe. #Lesvos #Greece pic.twitter.com/r6wenKZf6Q

A 2016 agreement between the European Union and Turkey allowed refugees to stay in migrant camps on Greek islands while waiting for their asylum applications to be reviewed. With hundreds of new refugees arriving on the shores of Greece every day, the Moria camp is already three times beyond its official capacity, and conditions there are rapidly deteriorating.

The Moria camp "is bursting at the seams," says Alessandro Barberio, a clinical psychiatrist with Doctors Without Borders, which has been working with refugees on Lesbos. Barberio said a third of the migrants at Moria "are children, living in appalling conditions, which are contributing to a considerable deterioration of their physical and mental health."

"In all of my years of medical practice, I have never witnessed such overwhelming numbers of people suffering from serious mental health conditions, as I am witnessing now amongst refugees on the island of Lesbos," Barberio wrote in an open letter earlier this month. "The vast majority of people I see are presenting with psychotic symptoms, suicidal thoughts – even attempts at suicide – and are confused. Many are unable to meet or perform even their most basic everyday functions, such as sleeping, eating well, maintaining personal hygiene, and communicating."

According to the Associated Press, "violence, domestic abuse, protests and unrest are daily occurrences" at the camp and "access to sanitation is poor with up to 70 people sharing one toilet, leading to sewage leaks." A local governor in Greece has threatened to shut Moria down unless authorities clean up "uncontrollable amounts of waste," the AP reports.

So far this year, nearly 20,000 people have migrated to Greece by sea, according to the UN Refugee Agency. The island of Lesbos has received the bulk of those arrivals — 53 percent.

The pace of arrivals is straining the limited resources of the local government and aid groups. The majority of migrants have traveled from Syria, Iraq and Afghanistan, and more than half of those arriving are women and children.

Conditions in the camp are rapidly declining, and migrants have limited access to medical care. "The majority of children and young people I met have dealt with the trauma of war and then been forced to flee their homes. Now they are living in miserable conditions, with no end in sight. Many are in severe emotional distress," says UNICEF representative Lucio Melandri, who visited Lesbos earlier this month. He "warned services could collapse."

This year, the number of refugees and migrants coming to Greece has soared. According to UNICEF, more than 850 children arrived on Greek islands each month on average between January and August, up 32 percent from the same period last year. UNICEF expects those figures to rise in the coming months.