Accessibility links
When Florence Hit Her School Community, This Principal Stepped Up Many of Krista Holland's students have been away from home and out of school for more than week. She says, "The lack of a sense of normalcy for the kids, I think that's where my heart aches the most." 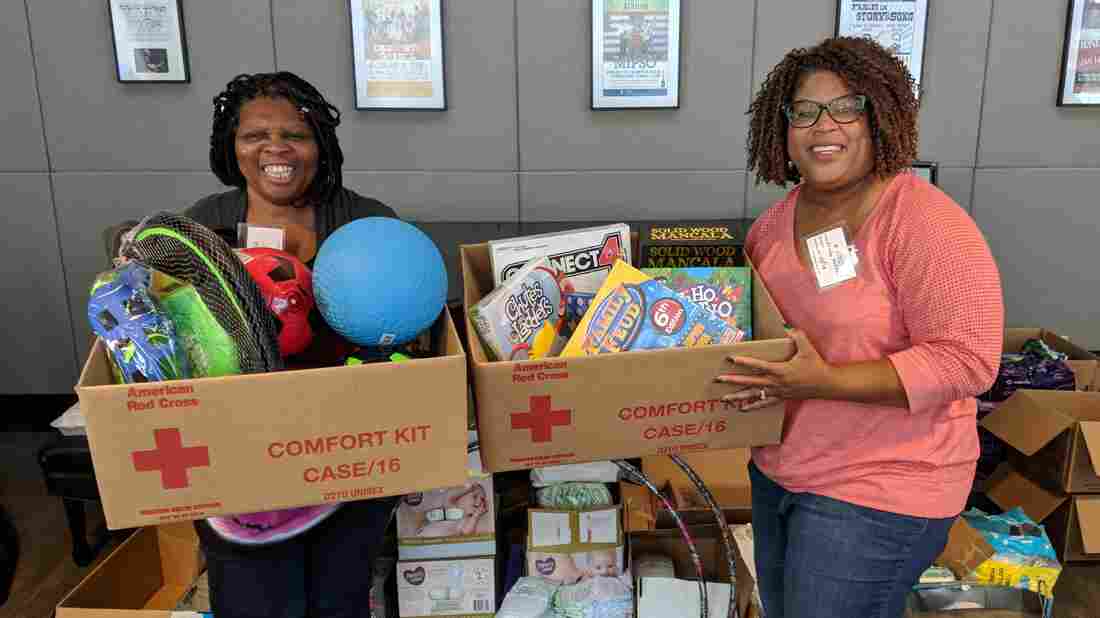 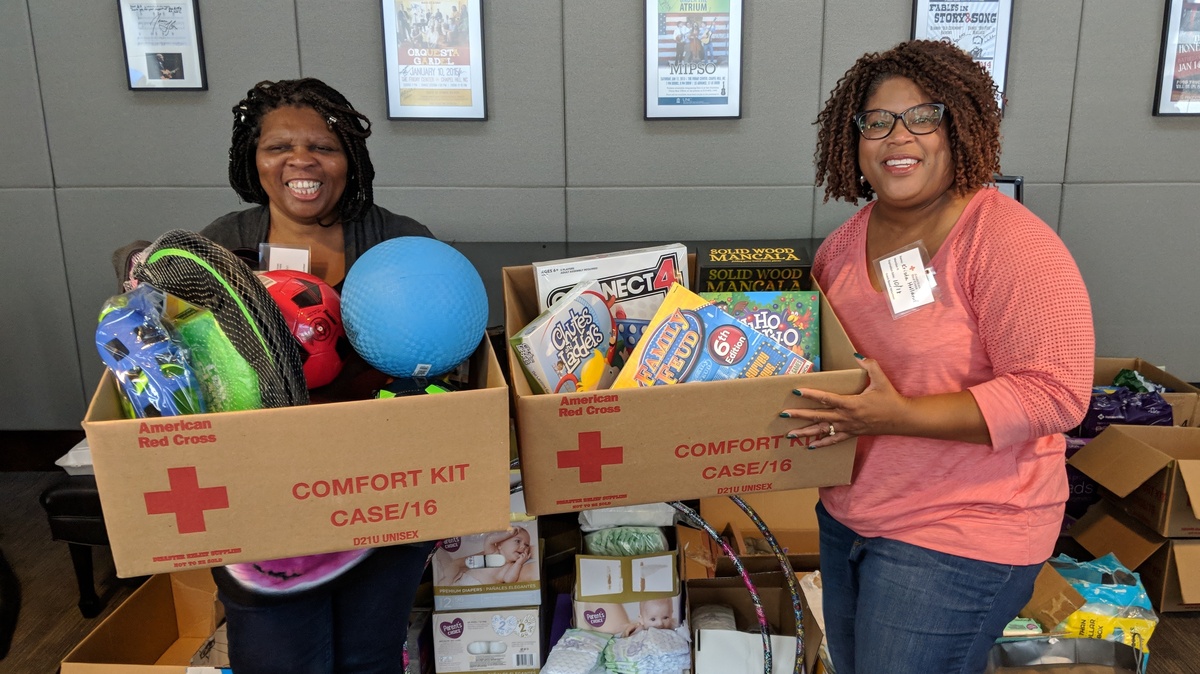 Krista Holland wanders past huddles of people at a storm shelter in Chapel Hill, N.C. Some are wearing Red Cross vests; others are in bathrobes and pajamas. The Wilmington principal is looking for any of her students who may have evacuated to the shelter before Hurricane Florence made landfall.

"You remember me," the longtime educator says. "Ms. Holland?"

It turns out Tyshawn Pringle is a former student. He doesn't remember Holland — but his mom, Delichia Pringle, does.

"The principal, Ty," Pringle says to her son. "He done got older, that's why."

"What grade is he in now?" Holland asks.

Holland worries about the uncertainty kids like Tyshawn are facing. Over a week after the storm made landfall, more than 60,000 North Carolina students are starting another week without school. Many of the students and educators who evacuated for the storm are still far from home as districts continue to assess the damage.

Holland also evacuated, and has been staying with family in Raleigh. Friends who stayed behind have told her her home is mostly unscathed, and her school, Anderson Elementary, has some water damage. 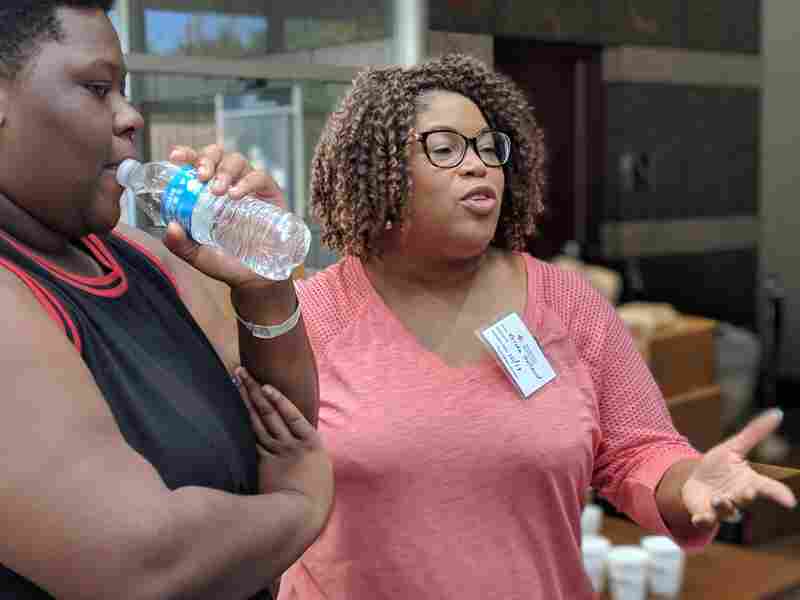 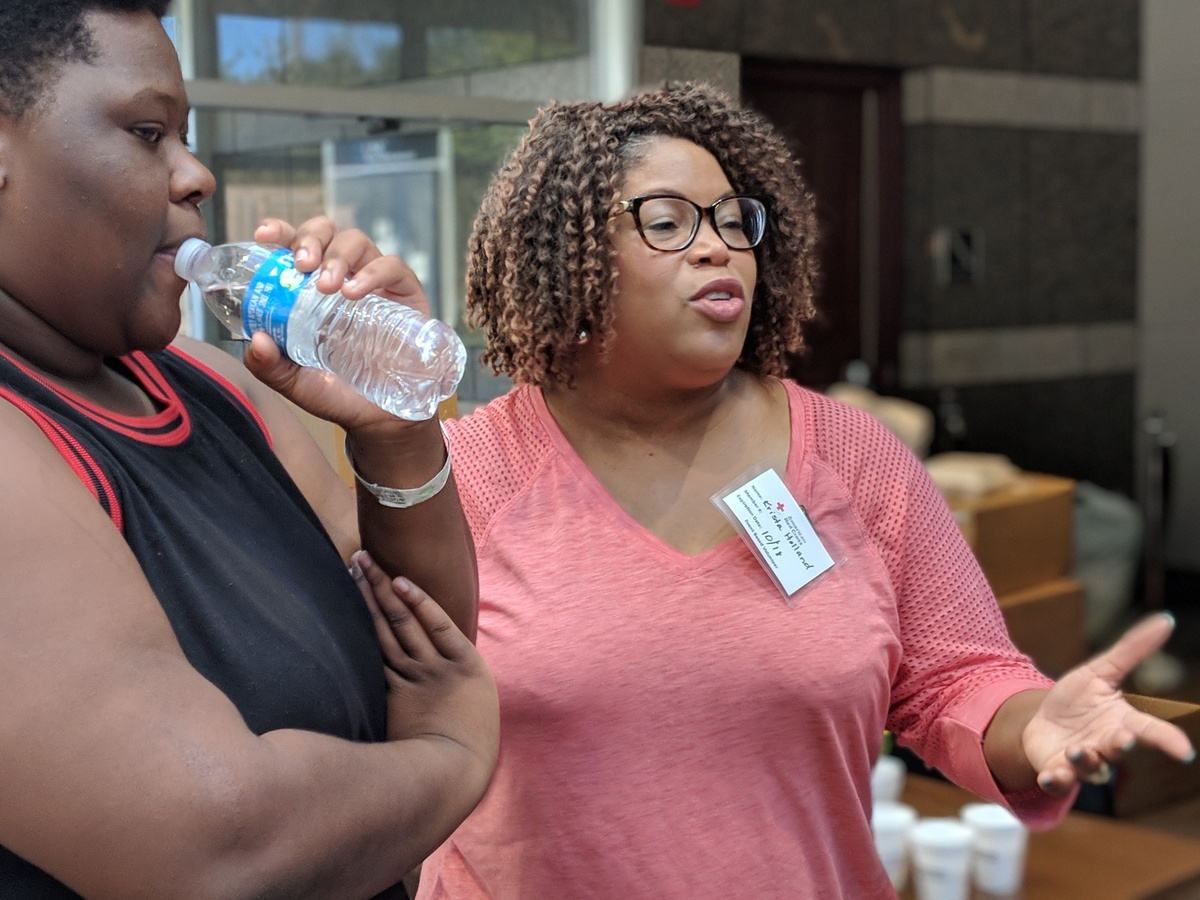 Zoe Pringle (left), a former student of Krista Holland's, listens as Holland speaks with her mother, Delichia, and brother, Tyshawn.

The lack of a sense of normalcy for the kids, I think that's where my heart aches the most for them.

"Nothing that can't be cleaned up and repaired," Holland says, "and it probably will not take long. ... The lack of a sense of normalcy for the kids, I think that's where my heart aches the most."

Classes at Anderson Elementary have been canceled at least through this week, and it's unclear when the school might reopen. Then, Holland says, there's "the unknown of not knowing when you're going to get home and what may be waiting for you — or not waiting for you."

Some Anderson Elementary families were able to turn their evacuations into fun getaways. Earlier this week, the PTA posted a call-out on Facebook, and parents responded from as far away as San Diego and Austin, Texas. One family took advantage of a discount at Disney World for Florence evacuees.

Other parents, like Meghan Digby, stayed in Wilmington and sent their kids out of town. Digby has been separated from her 6-year-old daughter for more than a week now.

"We obviously had no idea that we would be cut off from each other for so long," she says. "I'm trying to stay calm and wait for roads to clear up so that she can come back. But there's a lot of rumors circling about how long it might take."

Footing The Bill For Climate Change: 'By The End Of The Day, Someone Has To Pay'

Digby says she took comfort in a phone recording Holland distributed to parents a few days ago. In it, Holland sent love to her students and their families — and put a plug in for reading while students are away.

"I was actually working on a puzzle just trying to keep my mind busy, and when it came through I put it on speakerphone," Digby says. "And it made me cry, just hearing how much she cared."

At the Chapel Hill shelter, Holland carries bags of toys she bought for the kids there. She sets the hula hoops, bubbles and footballs down next to a stack of diapers.

Holland says service learning is front and center at Anderson. In 2016, after Hurricane Matthew, students and staff collected supplies for Lumberton, a North Carolina town that was severely flooded. Last year, they organized a "Hats for Houston" fundraiser after Hurricane Harvey.

"And now we are going to be on the receiving end of help and support," she says. "I think for our kids there will be valuable lessons to see that sometimes you give and you help other people."

And sometimes, she says, it's OK to get help back.