Accessibility links
High-Skilled Immigrants Call Out The Trump Administration's 'Hypocrisy' The White House says it wants an immigration system that prioritizes high-skilled workers. But critics say the administration is making it harder for those immigrants to live and work here. 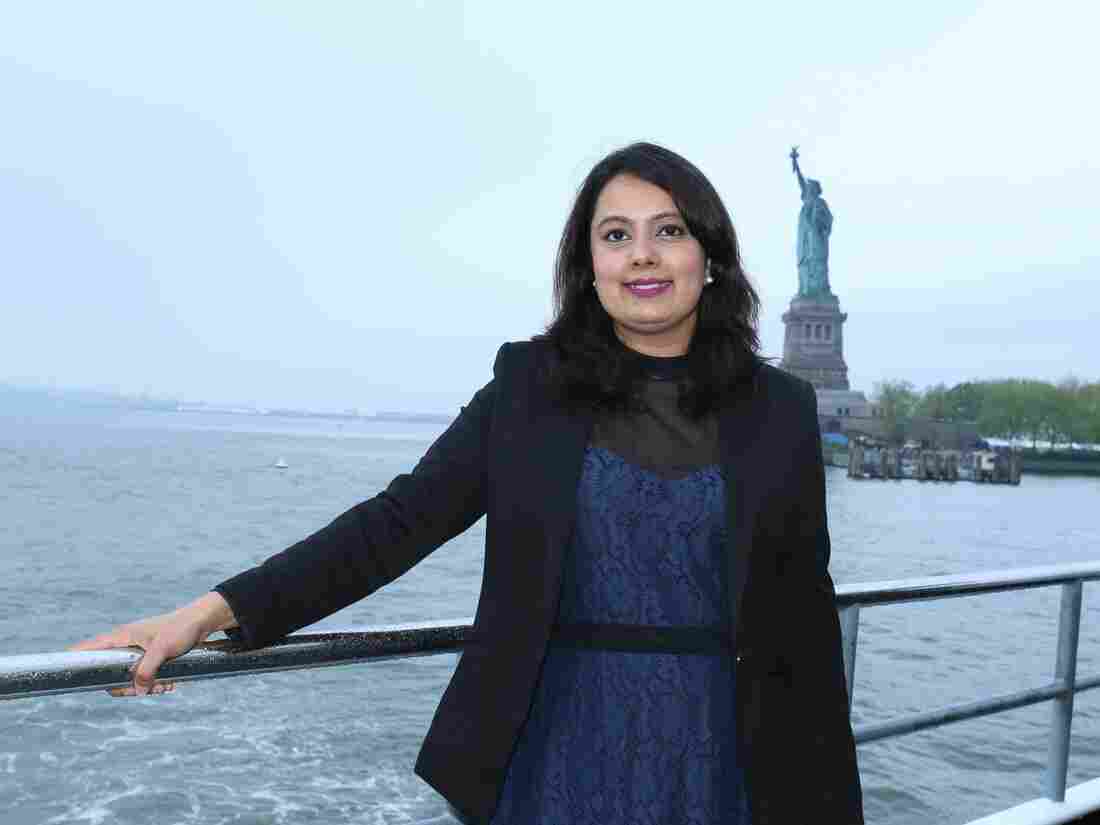 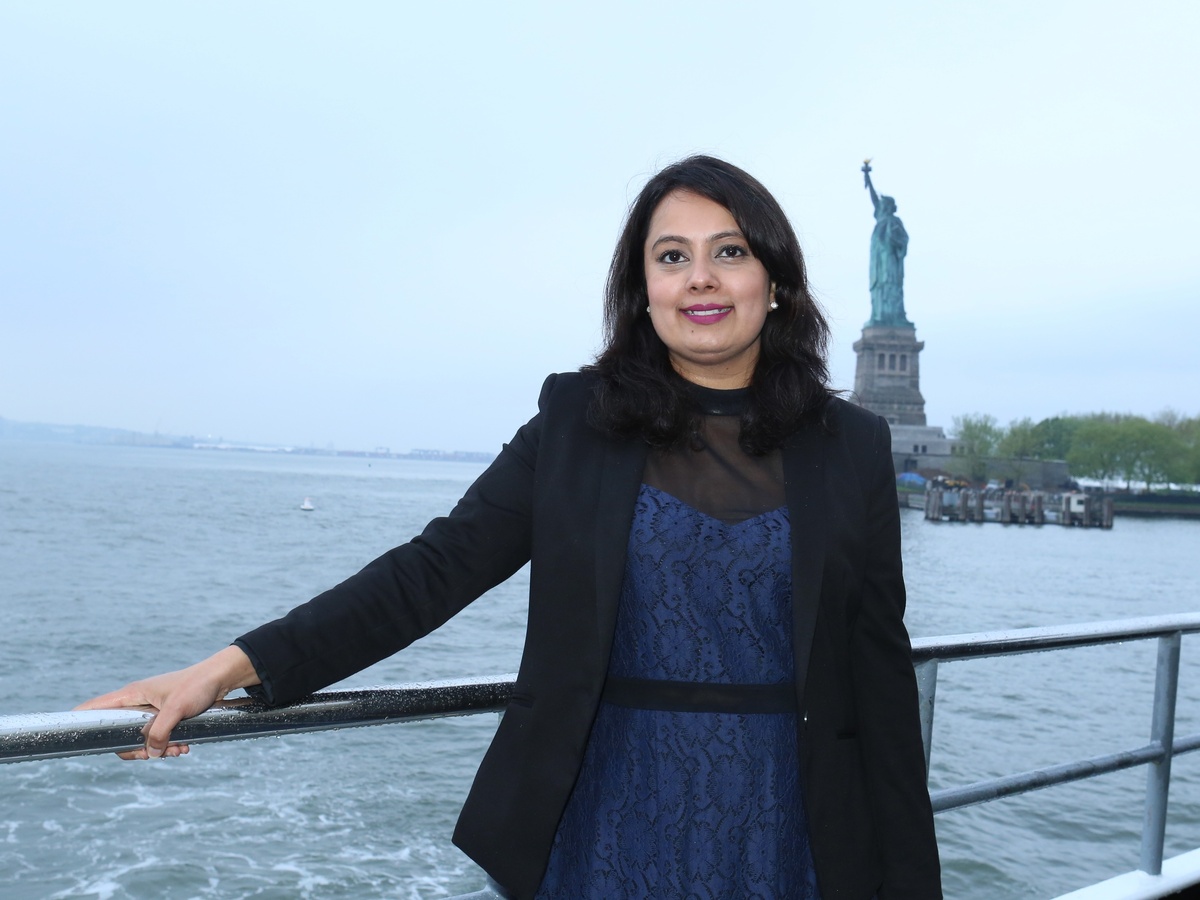 TV journalist Neha Mahajan could lose her work permit if the Trump administration ends a special program for the spouses of H-1B guest workers.

The Trump administration says it wants to move to a "merit-based" immigration system — one that gives priority to immigrants who speak English and are highly educated.

But critics say that rhetoric is at odds with the administration's actions.

"Show me any policy that's come out so far that has actually made it easier for highly skilled immigrants," says Doug Rand, who worked in the White House Office of Science and Technology Policy under President Barack Obama.

In practice, critics say the administration is making high-skilled immigrants' lives harder, in all sorts of ways. It has gotten tougher to get or renew an H-1B visa, a program that brings in tech workers, doctors and other professionals. And the administration is getting rid of other visa programs altogether.

That includes a special program for the spouses of H-1B guest workers that has been widely embraced by immigrants like Neha Mahajan. She hosts and produces a TV talk show in Edison, N.J., that's targeted mainly at Indian expats like her.

"This is the kind of work I always wanted to do," said Mahajan. "I am picking up topics that typically don't get talked about in the South Asian community. So I'm trying to be a change-maker in my community."

Mahajan has a master's degree in English literature and worked as a journalist in India. It never occurred to her that she would have trouble finding opportunities in the U.S. But Mahajan was not allowed to work when she first got here.

"So here I am in the U.S., the most advanced nation on this Earth," Mahajan said. "But I'm in a cage. A metaphoric golden cage."

Mahajan moved here with her husband and daughter in 2008 when he secured an H-1B visa to work as a software developer. But she wasn't able to work legally until 2015, when the Obama administration launched the H-4 EAD program. It allows the spouses of H-1B guest workers to get work permits once they've been approved for a green card. About 100,000 people have signed up — mostly women, and mostly from India, which has a years-long waiting list for green cards.

Now the Trump administration is poised to end the program, which it considers an overreach.

"For me, one of the main reasons for proposing to rescind that is because I don't think it's appropriate," said Lee Cissna, the head of U.S. Citizenship and Immigration Services, the agency in charge of legal immigration. "I don't think that Congress intended for the spouses of H-1Bs to work."

Cissna did not respond to requests for an interview. But he did speak last month to the Center for Immigration Studies, which favors lower levels of immigration.

"Everything we do is guided by the law," Cissna said. "That's all we're doing."

Show me any policy that's come out so far that has actually made it easier for highly skilled immigrants. I haven't seen any.

The administration is also trying to kill another Obama-era program known as the International Entrepreneur Rule, which Doug Rand helped create.

"This was designed for entrepreneurs from other countries to more easily come to the U.S., or stay in the U.S., build companies here, create jobs for U.S. workers," said Rand, who now runs a firm called Boundless Immigration.

All of this has infuriated corporate America. The CEOs of Apple, Pepsi and other U.S. companies say the administration is scaring away high-skilled workers, which could hurt the economy.

"What the administration is saying is, we want to make it difficult for companies to employ anyone who is not an American citizen," said Dean Garfield, president of the Information Technology Industry Council.

But the head of Citizenship and Immigration Services dismisses that.

"The idea that we are intentionally, mischievously, impishly, malevolently trying to build an invisible wall on purpose because we don't want foreign workers to come is false," said Cissna.

Nonetheless, immigrants like Neha Mahajan wonder whether the administration is serious about "merit-based" immigration.

Mahajan and other spouses of guest workers are pushing to save the H-4 EAD program that allows them to work. The Trump administration is expected to announce the official end of that program any day.