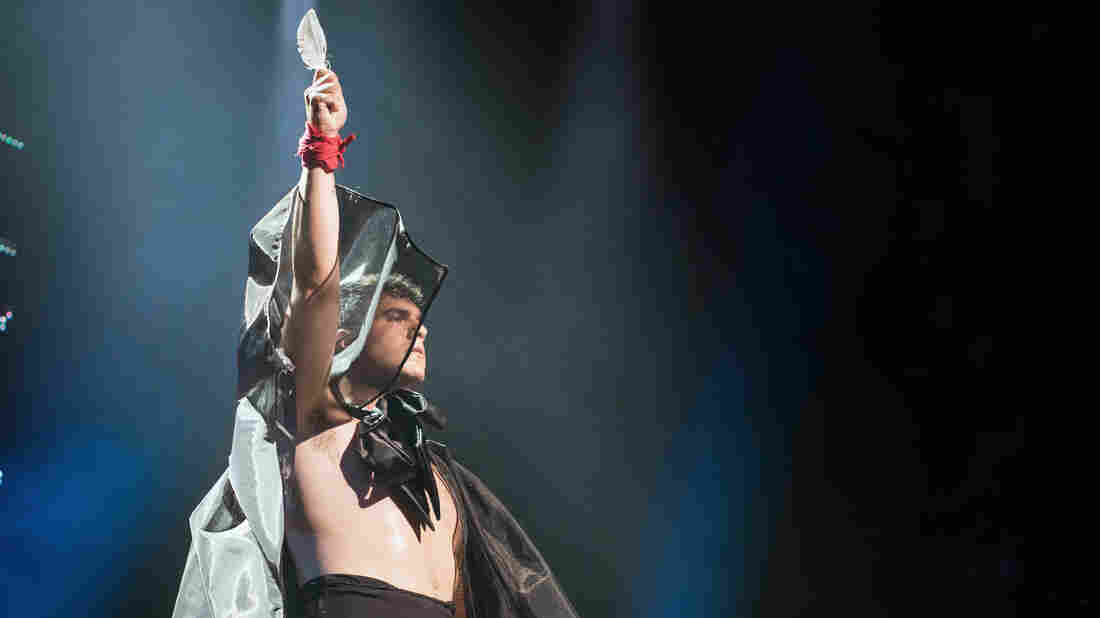 Jeremy Dutcher, photographed at the conclusion of his performance during the 2018 Polaris Prize ceremony on Sep. 17, 2018, where he was given the evening's top prize. Dustin Rabin/Polaris Prize hide caption 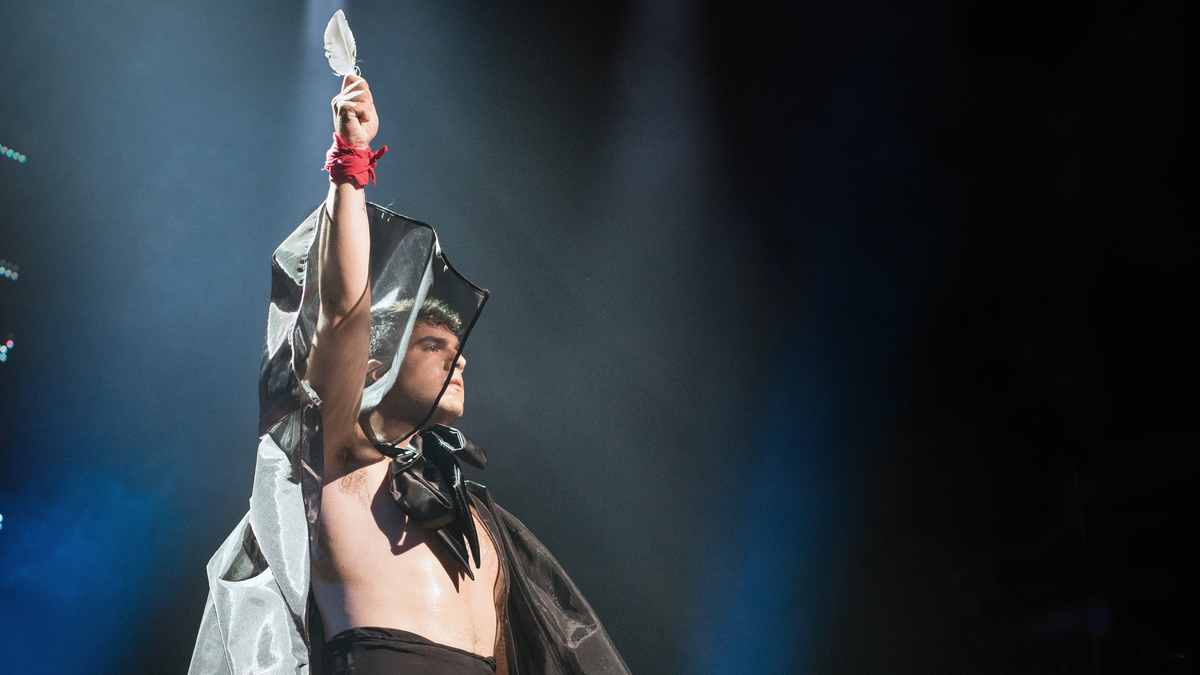 Jeremy Dutcher, photographed at the conclusion of his performance during the 2018 Polaris Prize ceremony on Sep. 17, 2018, where he was given the evening's top prize.

Read Catalina Maria Johnson's profile of Jeremy Dutcher, originally published in September 2018, below — and listen at the audio link for the year-end version, adapted for radio.

"You are in the midst of an Indigenous renaissance. Are you ready to hear the truth that needs to be told? Are you ready to see the things that need to be seen?" exclaimed musicologist, vocalist and composer Jeremy Dutcher as he received the Polaris Music Prize for his debut album, Wolastoqiyik Lintuwakonawa. The Polaris is one of Canada's most prestigious music prizes, awarded through a unique process of deliberation by members of the media and music industry, charged with basing their decision solely on artistic merit.

More importantly, however, as a Wolastoqiyik member of the Tobique First Nation, one of six Wolastoqiyik reserves in New Brunswick, Dutcher delivered these words in English only after first addressing the audience in his traditional Wolastoq language with the phrase: "Psiw-te npomawsuwinuwok, kiluwaw yut!" Translated: "All of my people, this is for you!"

Indeed, Dutcher is now at the forefront of an Indigenous renaissance. The last four out of five Polaris Prize winners have Indigenous roots, following Afro-Colombian/Wayuu artist Lido Pimienta in 2017, Cree singer-songwriter and cultural icon Buffy Sainte-Marie in 2015 and Inuit throat singer Tanya Tagaq in 2014. (In 2016, the Haitian-born, Montreal-reared producer Kaytranada took the prize.)

A classically trained operatic tenor and ethnomusicologist, Dutcher apprenticed with Maggie Paul, one of his nation's song-carriers, who use ancient music to heal and to mentor young people. Dutcher's always, intentionally and obviously, prioritizes and centers his people, the Wolastoqiyik — the People of the Beautiful River — in Wolastoqiyik Lintuwakonawa.

The Polaris Prize, which comes with a $50,000 award, is the capstone to a five-year journey for Dutcher, who had been alerted by Paul to the existence of 110-year-old wax cylinder recordings of his ancestors' songs, stored in an archive in the Canadian Museum of History. Dutcher then created breathtakingly beautiful arias and ballads in dialogue incorporating electronic samples of those recordings, and named the award-winning album after the title of the archive.

Dutcher is one of the only approximately 100 individuals who speak Wolastoq, he says, which is classified as a "severely endangered language." Speaking on the phone from Toronto, Dutcher says composing the songs of the album also became a way of developing a closer relationship with his own ancestors, as well a vehicle for sharing and elevating the value of their art.

This work, Dutcher says, he undertakes in order to counteract a history, in Canada as well as the USA, that is woefully familiar: "Indigenous people have been systematically dispossessed of their culture and their languages, through boarding school, through reservation schools, through education systems that did not value who we were as indigenous people."

His own mother, he adds, has seen Wolastoq become nearly extinct over the course of her life, after growing up in a community in her reserve in New Brunswick, Canada, where it had been the language of everyday interactions. However, Dutcher is convinced that this loss can be just as quickly reversed, with efforts like his album foregrounding the value of the language and the culture of the Wolastoqiyik.

Above all, he explains, his art emerges from the perspective of "Indigenous futurism," a viewpoint that differs vastly from that of Western colonial powers that sought to subjugate and effectively erase Indigenous cultures.

One of the cornerstones of Indigenous futurism as a philosophy is recovering the use of traditional languages, given that their grammatical structures signal, among other things, a profound connection to the land. Dutcher describes how the Wolastoq term for "multiple trees" is basically equivalent to calling a group of trees "tree people, our relatives," which indicates an understanding of the world around us as family and reflects a fundamentally respectful relationship with nature.

Another example of the worldview contained within the Wolastoq language: It has no gendered pronouns. For Dutcher, as someone who is "two-spirit, queer," this is crucial. "This is where we are going, as I see it, as I sit in the middle of this silly colonial gender binary that seems to have washed up on the shore of this land."

Dutcher's art is also centered on telling his people's story on his own terms, in order to rebut the narrow interpretations that media, movies and music often present of what indigenous people can be and the kinds of art they can create. This includes offering string quartets, piano ballads, and choral pieces in his people's language — subverting Western musical structures and allowing his people's music to exist in parity with colonial traditions. 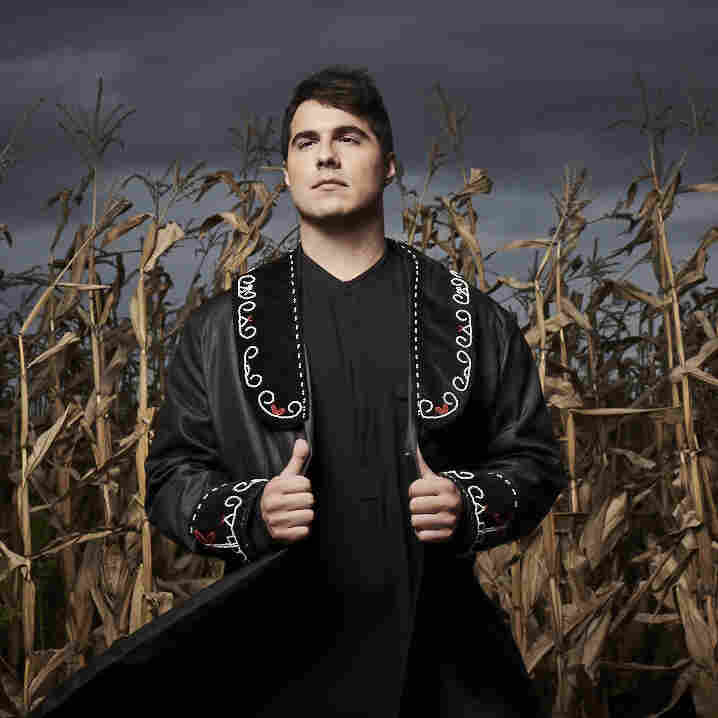 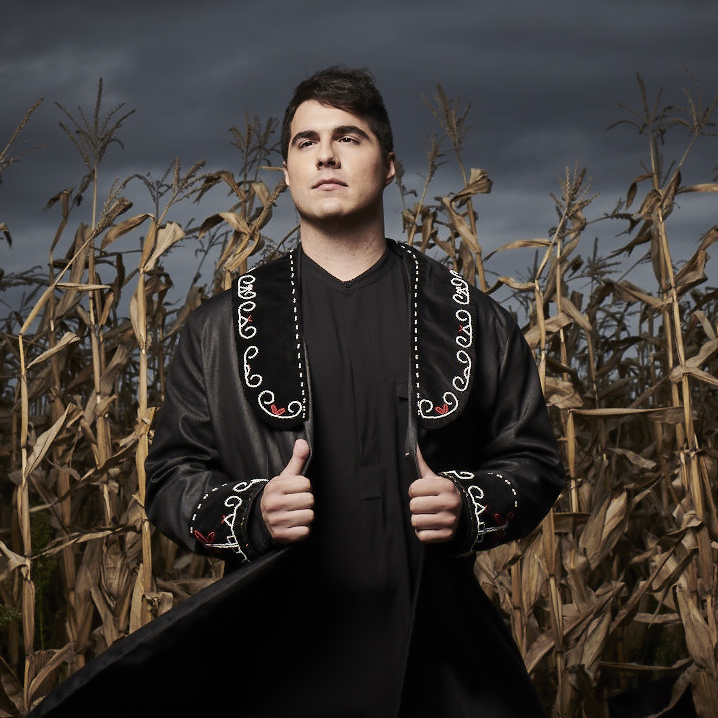 Such efforts will allow the correct context, Dutcher believes, for a proper relationship with indigenous people, one where there will be "a reconciling, something that needs to be made right." He sees his own work as a subtle and personal way of moving people in that direction, but clarifies that these are lessons best learned not in antagonism but "through beauty and through love."