Accessibility links
Tiger Woods Wins First Golf Tournament Since 4 Back Surgeries Tiger Woods did something Sunday that he hasn't done in more than five years: He won a tournament. The victory at the Tour Championship in Atlanta was the 80th victory of his PGA Tour. 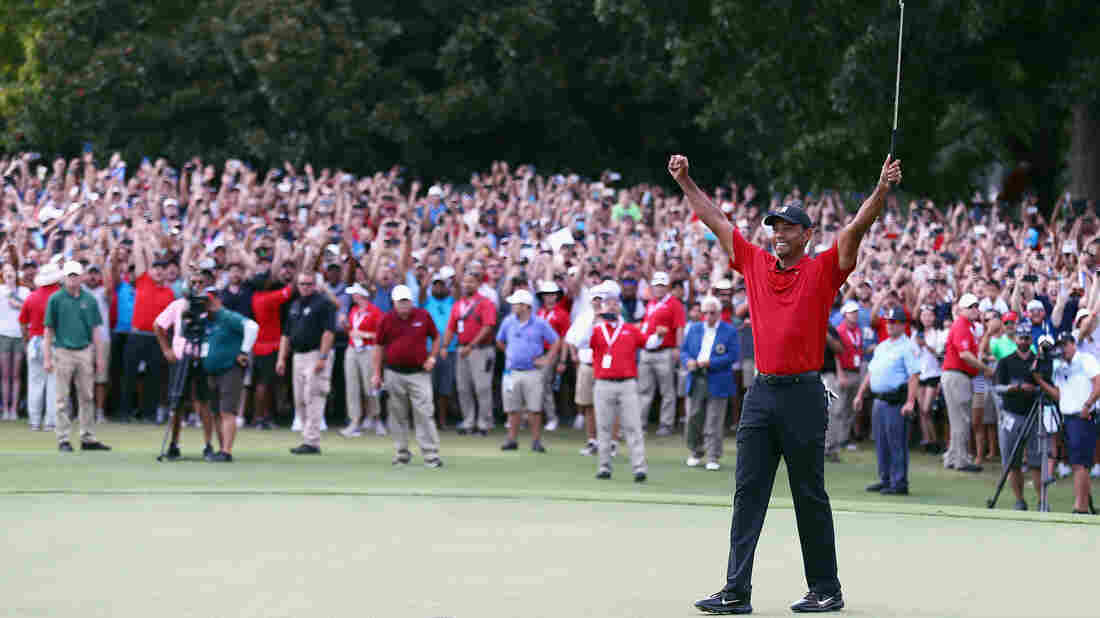 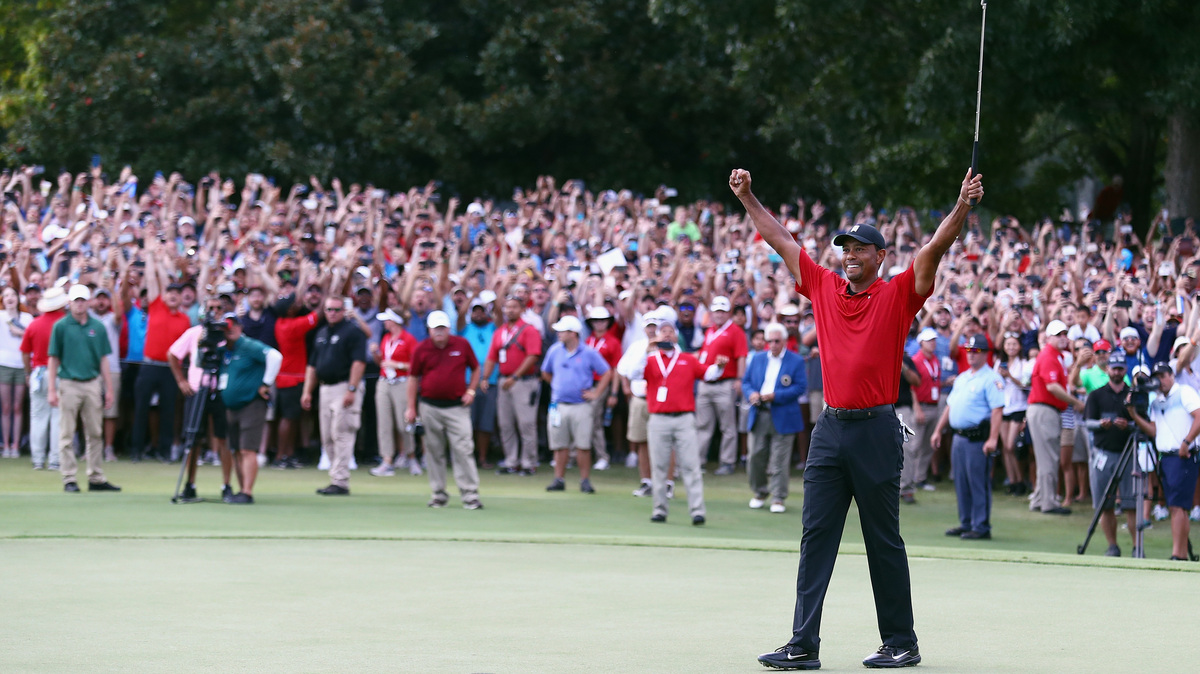 Tiger Woods celebrates making a par on the 18th green to win the Tour Championship at East Lake Golf Club Sunday in Atlanta.

Tiger Woods has won his first professional golf tournament in more than five years. He was victorious at the season-ending Tour Championship Sunday at East Lake Golf Club in Atlanta.

NPR's Tom Goldman tells our Newscast unit: "Woods led the tournament from start to finish. His steady, dominating play seemed like a throwback to the early 2000s, when he ruled the game."

But Goldman says the "moment of victory in Atlanta, was different. He didn't throw one of his trademark uppercuts — instead Woods raised his arms and teared up."

“I’ve been sitting on 79 for about five years now, and to get 80 is a pretty damned good feeling,” said Woods. – TGRhttps://t.co/zeudcqeabH

"I can't believe I pulled this off," Woods said during the trophy presentation.

A year ago, he was recovering from a fourth back surgery. When Woods returned to competition in December, he was rated No. 1,199 in the world. He's now at No. 13.

Woods is celebrating his 80th career PGA win — two short of the career record held by Sam Snead. Woods' last victory was in 2013 at the Bridgestone Invitational at Firestone Country Club in Akron, Ohio.

"This season there was a return to competitive golf and a steady climb in the rankings as Woods pieced together a swing that wouldn't ravage his 42-year-old body," Goldman reports.

Adding "victory seemed imminent after top-10 finishes at recent major championships. In yesterday's final round, he was methodical and consistent and dominant — the way he used to be."

Even President Trump noticed that Woods was playing well. Tweeting that Woods' performance as he neared his first victory was "very exciting."