Accessibility links
How A Rising Star Of White Nationalism Broke Free From The Movement Derek Black once promoted a racist agenda by making speeches, hosting a radio show and starting a website. His change of heart is the subject of a new book, written by journalist Eli Saslow. 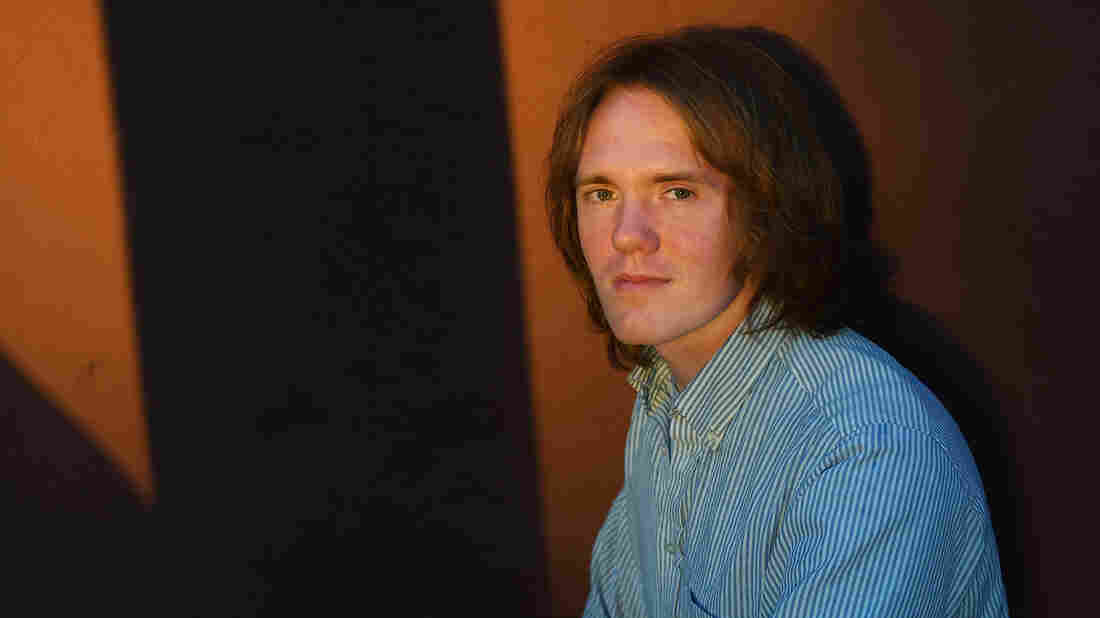 Derek Black was following in his father's footsteps in the world of white nationalism until he had a change of heart. Matt McClain/The Washington Post via Getty Images hide caption 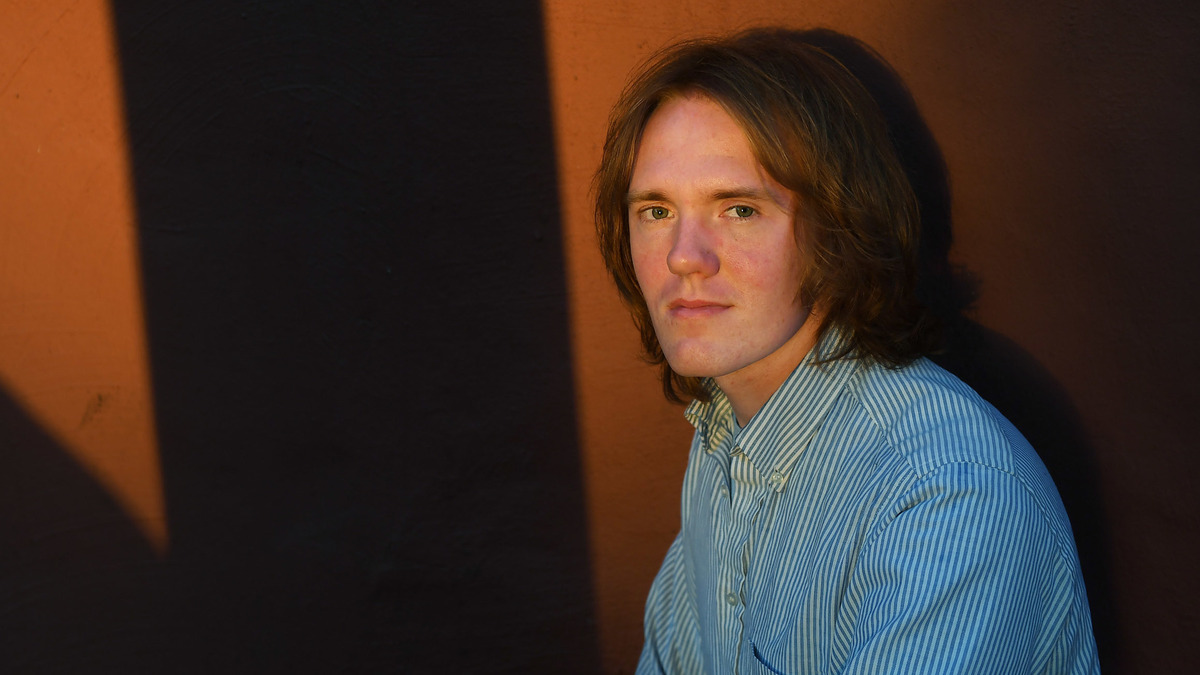 Derek Black was following in his father's footsteps in the world of white nationalism until he had a change of heart.

As the son of a grand wizard of the Ku Klux Klan, Derek Black was once the heir apparent of the white nationalist movement.

Growing up, he made speeches, hosted a radio show and started the website KidsStormfront — which acted as a companion to Stormfront, the white nationalist website his father, Don Black, created.

"The fundamental belief that drove my dad, drove my parents and my family, over decades, was that race was the defining feature of humanity ... and that people were only happy if they could live in a society that was only this one biologically defined racial group," Black says.

It was only after he began attending New College of Florida that Black began to question his own point of view. Previously, he had been home-schooled, but suddenly he was was exposed to people who didn't share his views, including a few Jewish students who became friends.

Black's new friends invited him over for Shabbat dinner week after week. Gradually, he began to rethink his views. After much soul-searching, a 22-year-old Black wrote an article, published by the Southern Poverty Law Center in 2013, renouncing white nationalism. 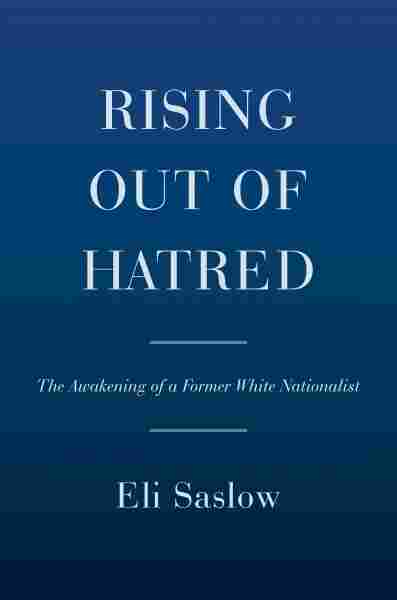 Rising Out of Hatred

The Awakening of a Former White Nationalist

On the "rebranding" of white supremacy, led in part by Derek's father, Don Black

Derek Black: My dad popularized the term "white nationalism" ... when he founded Stormfront and called it a white nationalist community, and he saw the distinction between white nationalism and white supremacy as being one that he didn't want anything bad for anyone else — he just wanted everybody to be forcibly put in different spaces, and that that was not about superiority, it was just about the well-being of everybody. ... Looking back on it, that is totally irrational. How exactly do you think you're going to forcibly separate everybody and that that's not supremacy?

Eli Saslow: They believed America was founded as a white supremacist country. ... Their job was just to give people a space to say racist ideas in a more explicit, proud, confident way. ...

White nationalism, I think, effectively identifies a movement of people who are actively pursuing an end cause of separating races into different homelands. White supremacy, unfortunately, is something that's much more endemic, and much more structured into what the country is.

Black: I knew from the time that I was a child that white nationalism, as long as it was not necessarily calling itself white nationalism, could win campaigns. So I did things like run little Republican county elections [to] demonstrate that I could win with the majority of the vote [using] white nationalist talking points in a very normal South Florida neighborhood.

I ran training sessions on how people could hone their message to try to get that audience, not freak people out and just tap into things like, "Don't you think all these Spanish signs on the highway are making everything worse? And don't you think political correctness is just not letting you talk about things that are real?" And getting people to agree on that would be the way forward.

Saslow: I think a lot of white nationalists saw President Obama's election as a huge opportunity for their movement. Because what white nationalists have done, with dangerous effect, is play to this factually incorrect sense of grievance that exists, unfortunately, in large parts of white America.

Polls consistently show that 30 to 40 percent of white Americans believe that they experience more discrimination and more prejudice than people of color or than Jews, which is factually incorrect by every measure that we have. ... By feeding that sense of grievance and by playing to these ideas of your country is being taken away, [that] things are changing ... it's what got Derek elected [he was unable to serve in office], and it's what has gotten other politicians elected in our country as well.

I said things that tried to energize racist ideas and get people to be more explicit about it. And then people who listened to that and who believed it, some of them committed horrible, violent acts. ... That is a moral weight that is very difficult to reconcile.

Black: I spent so many years rationalizing that that was not us. We were not responsible for that. We were not advocating violence, so therefore when people committed violent acts who had all the same beliefs as us, that that was not us. That was the media portraying us in a way that attracted psychopaths, and that we were somehow not responsible for that because it was not clear how to tangibly connect what I was saying and what I was promoting to the actions that those people took.

And now I look back on it and I said things that tried to energize racist ideas and get people to be more explicit about it. And then people who listened to that and who believed it, some of them committed horrible, violent acts. And what is my culpability and responsibility for how these things went out into the world and they continue to bounce around in the world, and I can't take them back? That is a moral weight that is very difficult to reconcile.

Saslow: In addition to being the story of Derek's transformation, the book is also the story of the real courage shown by a lot of students on this campus who invested themselves in trying to affect profound change. And they did that in a lot of different ways. There was civil resistance on campus by a group of students who organized the school shutdown, and shut down the school, and sort of cast Derek out, and made it clear to him how awful, and how hateful, and how hurtful this ideology was.

And it was also students like Allison, eventually his girlfriend, who won his trust, built a relationship, but [who] also armored herself with the facts, and sort of like point by point went through and showed how this ideology is built on total misinformation.

And then there were also [Jewish] students like Matthew [Stevenson] and Moshe [Ash] who, in a remarkable act, invited Derek over week after week after week, not to build the case against him but to build their relationship, hoping that just by spending more and more time with them he would be able to begin seeing past the stereotypes to the people and to the humanity. ... I think it's important to note that that did not happen quickly, and that they knew the full horror of a lot of the beliefs of this ideology and the things that Derek had said.

Heidi Saman and Mooj Zadie produced and edited the audio of this interview. Bridget Bentz, Molly Seavy-Nesper and Meghan Sullivan adapted it for the Web.