Accessibility links
3D Gun Designer, Arrested For Alleged Sexual Assault Of A Minor, Freed On Bail Cody Wilson was arrested in a hotel in Taiwan on Friday and flown to Texas. He posted bail of $150,000. 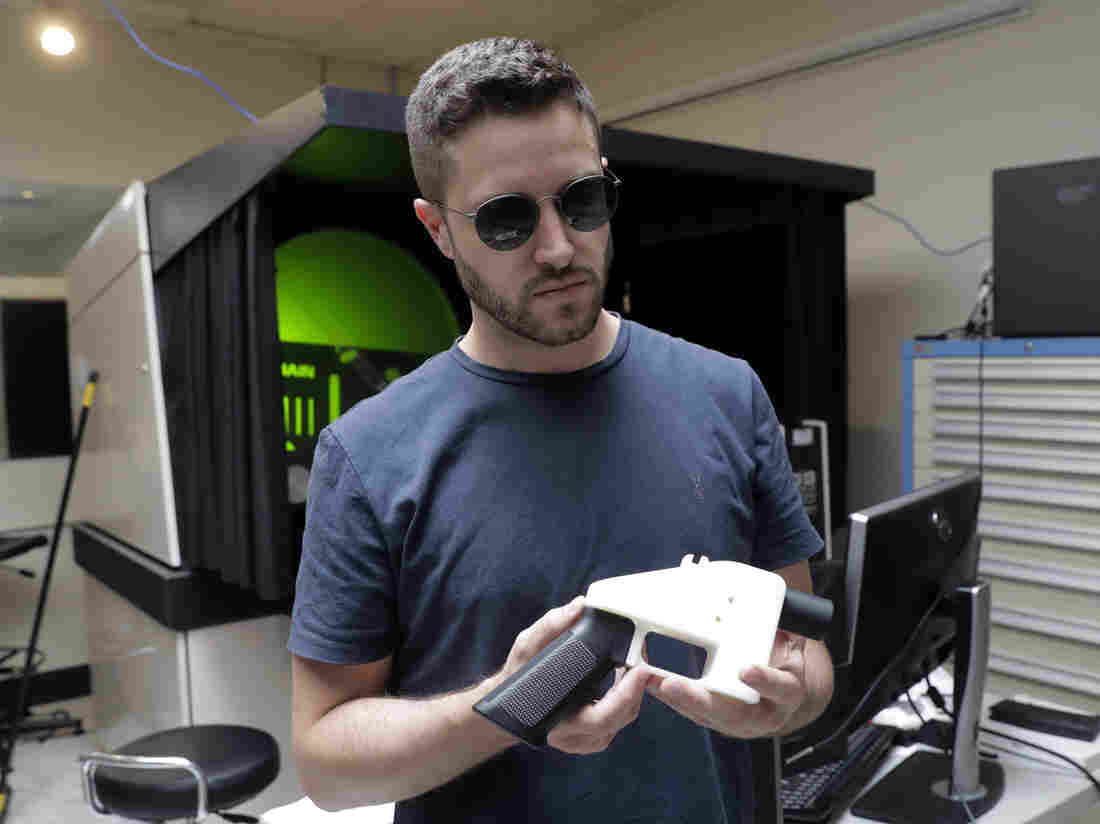 Cody Wilson, founder of a company that produces designs for controversial 3D-printed guns, was released on $150,000 bond from a Houston jail, following accusations that he sexually assaulted a minor. Eric Gay/AP hide caption 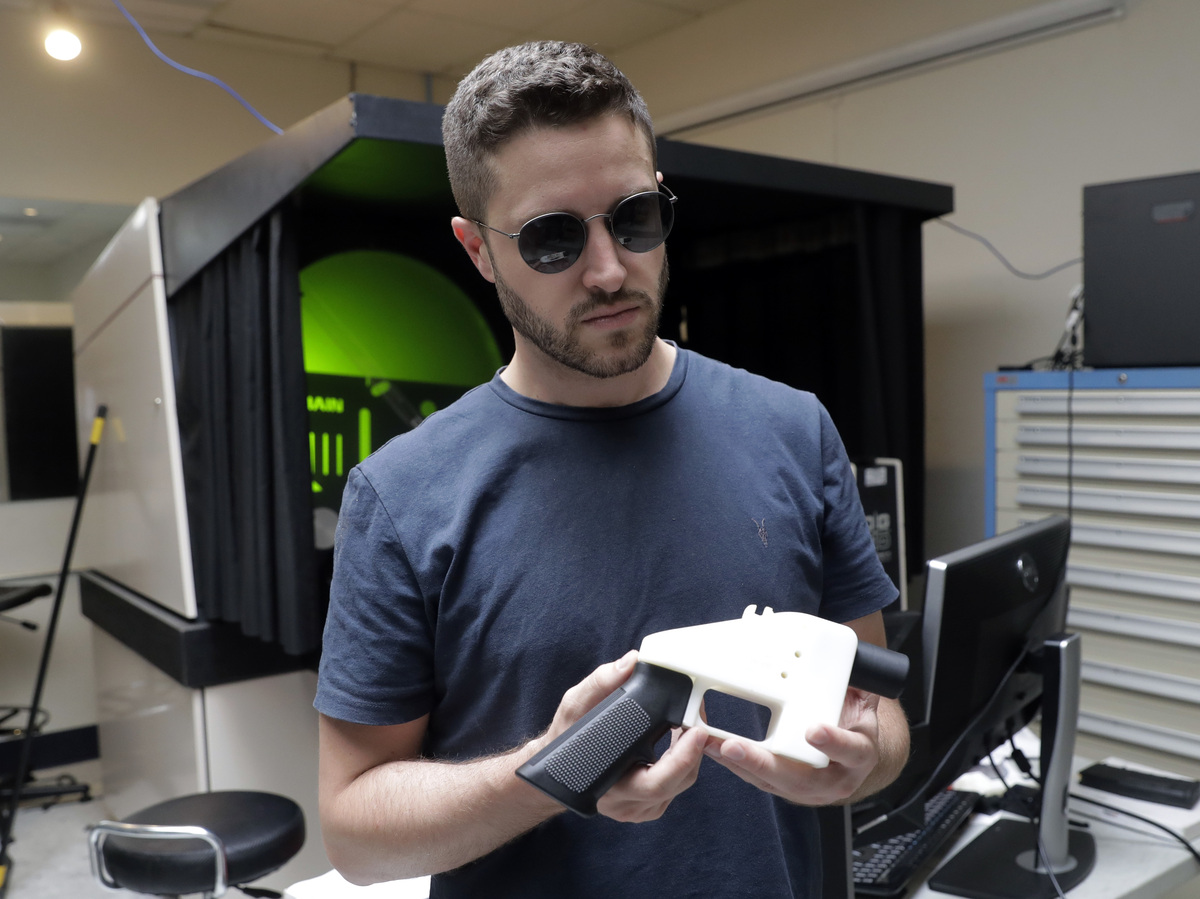 Cody Wilson, founder of a company that produces designs for controversial 3D-printed guns, was released on $150,000 bond from a Houston jail, following accusations that he sexually assaulted a minor.

Cody Wilson, who stands accused of sexually assaulting a minor, walked out of the Harris County Jail in Houston on Sunday with a smile.

The 30-year-old, who founded a company that produces designs for 3D printed guns, was arrested at a hotel in Taipei, Taiwan, on Friday and flown to Texas overnight, according to KHOU.

But by Sunday evening, Wilson had posted a $150,000 bond. Video footage showed him leaving the jail in a black hoodie, as a man used a cloth to shield Wilson's face from cameras. Then he was whisked away by a waiting car.

News of his bond follows an allegation that in the summer, he paid a 16-year-old girl $500 for sex in Austin. Investigators believe that Wilson fled the country after he was tipped off by the girl's friend that authorities were being alerted.

As NPR's Vanessa Romo reported, Wilson met the girl on SugarDaddyMeet.com, where "rich and successful men" communicate with "young and attractive women," according to the website.

Then they started texting by phone. "The two made arrangements to meet on Aug. 15 at a coffee shop, then moved on to a hotel where the girl told authorities she said she and Wilson had sex," Romo reported.

Wilson made headlines after his Austin-based company, Defense Distributed, created blueprints to make plastic firearms with 3D printers. The State Department, then under President Obama, blocked that effort on the grounds that it violated firearms export laws.

Wilson later sued the agency, and the Trump administration permitted him to release the files on the Internet. The District of Columbia and 19 states subsequently sued the State Department, and a federal court temporarily barred Wilson from posting the designs online, NPR's Camila Domonoske reported.

Wilson studied law at the University of Texas and aspired to create the world's first entirely 3D-printed gun. Wired put him on a 2012 list of "dangerous people." In 2016 and 2017, he donated to Sen. Ted Cruz, an ardent gun rights supporter.

Wilson's attorney, Samy Khalil, did not respond to NPR's request for comment. In a statement to KHOU, he said, "We are glad that Cody is back in Texas again where we can work with him on his case. That's our focus right now, representing our client and preparing his defense."

Wilson was arrested by Taiwan police officers with the help of the U.S. State Department Diplomatic Security Service, according to the Austin Statesman. "This was a collaborative effort that demonstrates the dedication of local, state, federal and international officials working together to bring this fugitive to justice," U.S. Marshal for the Western District of Texas Susan Pamerleau reportedly said.