Accessibility links
Building A Better Mosquito Trap — One Scientist Thinks He's Done It A researcher in Australia has invented a low-tech, insecticide-free trap that might be able to reduce bites from a particularly pesky mosquito in some neighborhoods. 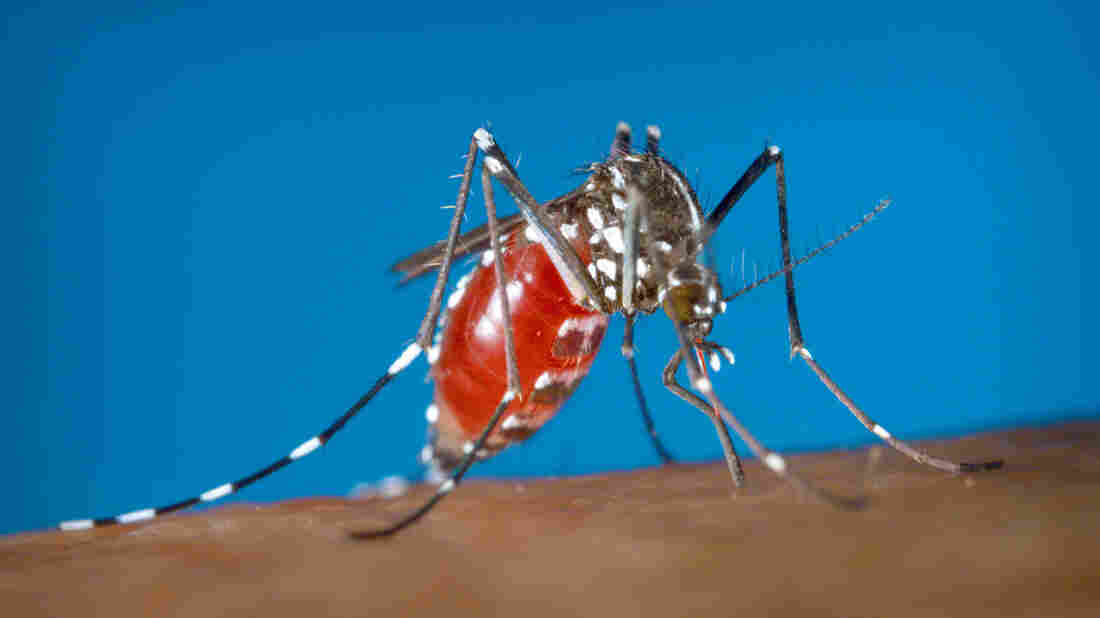 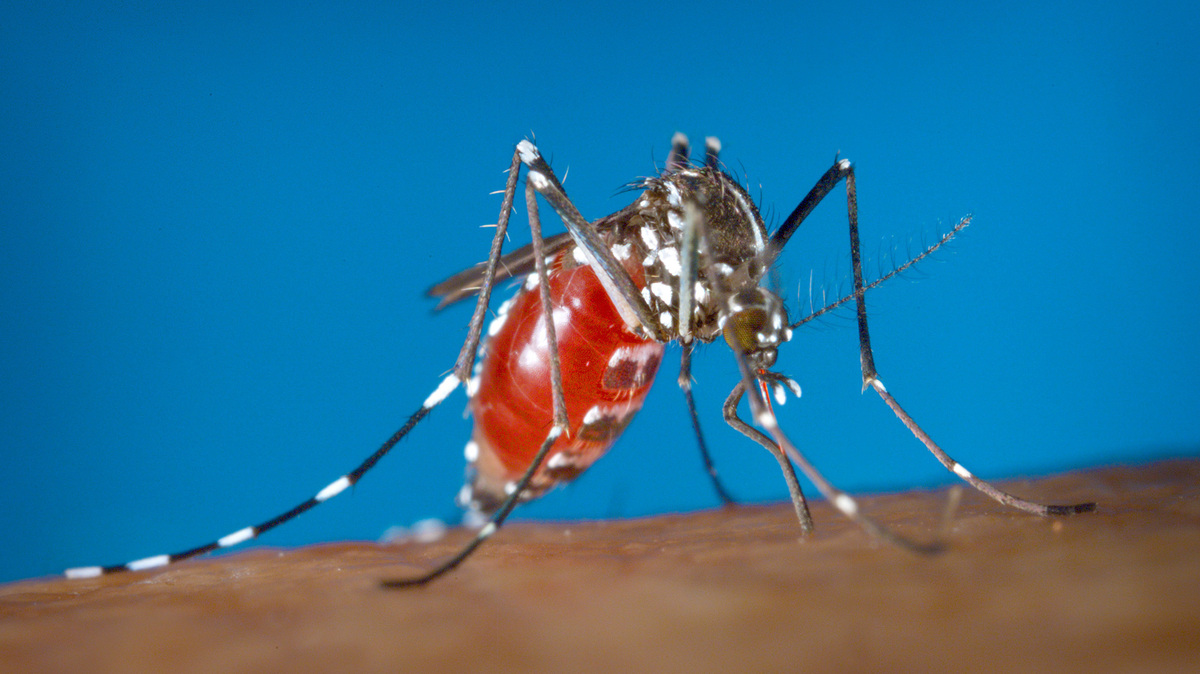 A scientist in Australia has come up with an insecticide-free way to control a particularly pesky species of mosquito.

The approach involves two things: deploying a decidedly low-tech mosquito trap called a GAT and getting to know your neighbors.

The trap doesn't look particularly impressive — it's basically three plastic buckets stacked together. The top and bottom buckets are black. The mosquitoes fly into the trap through a hole in the top bucket, but they seem to have a hard time flying back out through the hole. To make matters worse (for the mosquito) you can dangle a piece of sticky paper inside the top bucket to catch a wayward pest that happens to land there. 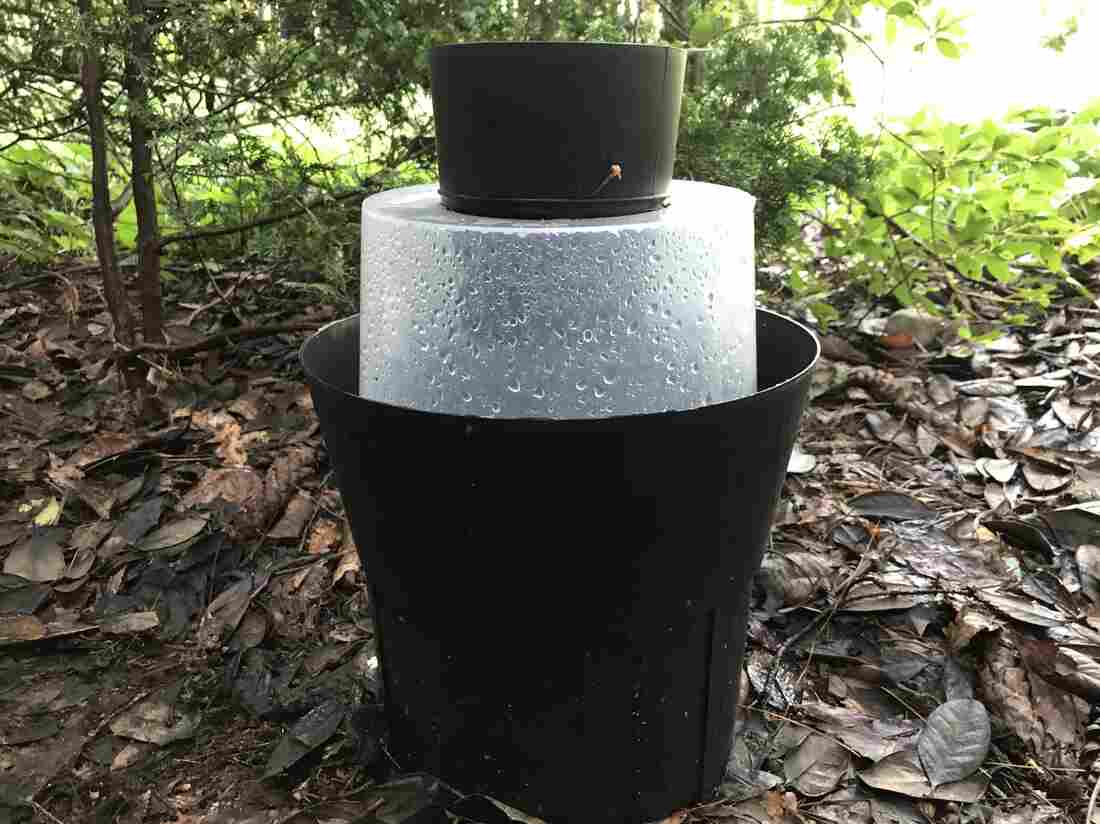 A simple trap known as a GAT may help neighborhoods get rid of the Asian tiger mosquito, an aggressive biter. Joe Palca hide caption 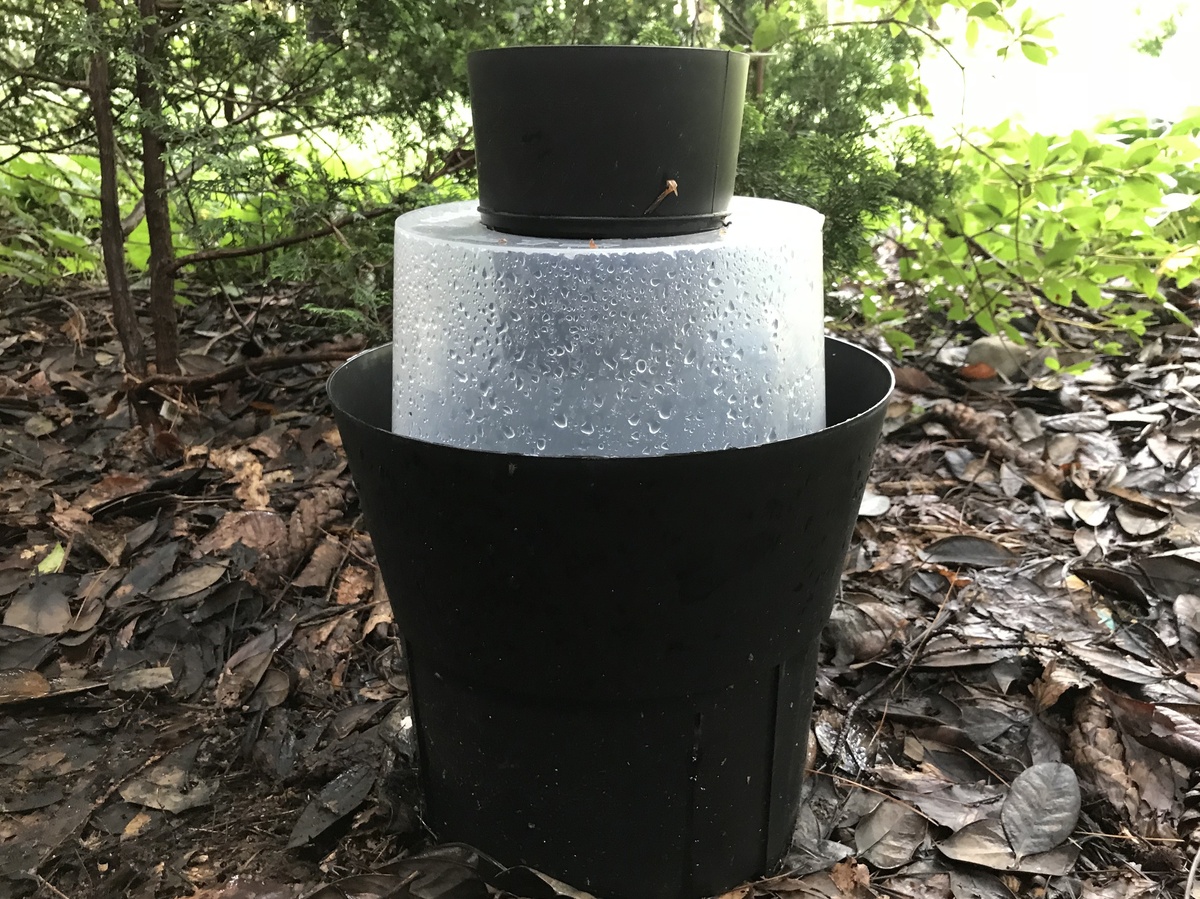 A simple trap known as a GAT may help neighborhoods get rid of the Asian tiger mosquito, an aggressive biter.

The bottom bucket contains water with some rotting grass floating in it. Aedes mosquitoes typically lay their eggs in stagnant water. The middle bucket has a net to trap any mosquitoes that hatch in the water.

It's a simple setup, but the scientist who invented the GAT, Scott Ritchie of the Australian Institute of Tropical Health and Medicine at James Cook University, says there are several reasons it's effective.

"Most mosquitoes are innately attracted to black," Ritchie says, so that's what lures them in.

Female mosquitoes are the ones that bite people, and once they're stuffed with blood, they're eager to lay eggs.

"So we've got the blackness that brings them to the trap, and then we've got the stagnant water actually inside the trap where they can't escape," Ritchie says. "If you trap out enough of the egg-laying mosquitoes, then there aren't going to be eggs in the wild, so the population will crash."

But the traps alone aren't enough to get rid of the pesky mosquito. Ritchie says it's important for homeowners to eliminate any pools of standing water. Abandoned tires, for example, are notorious for collecting water after it rains, but even an inverted bottle cap can hold enough water for an Aedes mosquito to lay her eggs.

There's one other key to controlling the mosquito population in a community: Everybody has to pitch in. If your neighbors don't use the traps and remove standing water, then mosquitoes are likely to thrive and won't mind flying over to your yard for a snack.

But there is some good news. "These mosquitoes don't fly very far," says Dina Fonseca, a mosquito expert at Rutgers University. "So basically if you have most of your neighbors employing this approach and aware of what they need to do to control this mosquito, you're in good shape."

Then she adds with a smile, "It does require talking to the neighbors."

There's already some scientific evidence that the traps can be effective. Fonseca is working with several communities in and around Washington, D.C., to see if the control program is effective. Anecdotally, residents tell her the number of mosquito bites has gone down in areas where people are using the traps and eliminating standing water. The scientific proof is still a ways off.