Accessibility links
Airports At Water's Edge Battle Rising Sea Levels Many major airports are on low-lying coastal land where flooding is getting worse. They're building walls, berms and other barriers to try to keep planes and people moving. 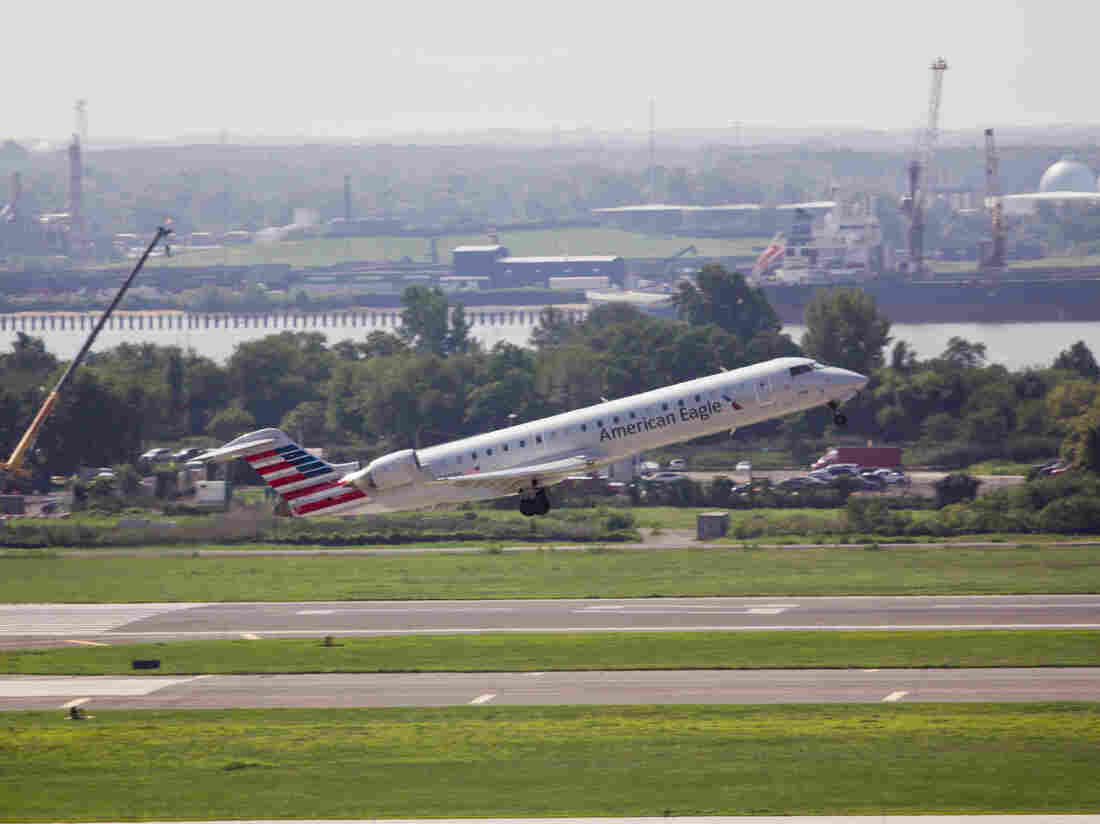 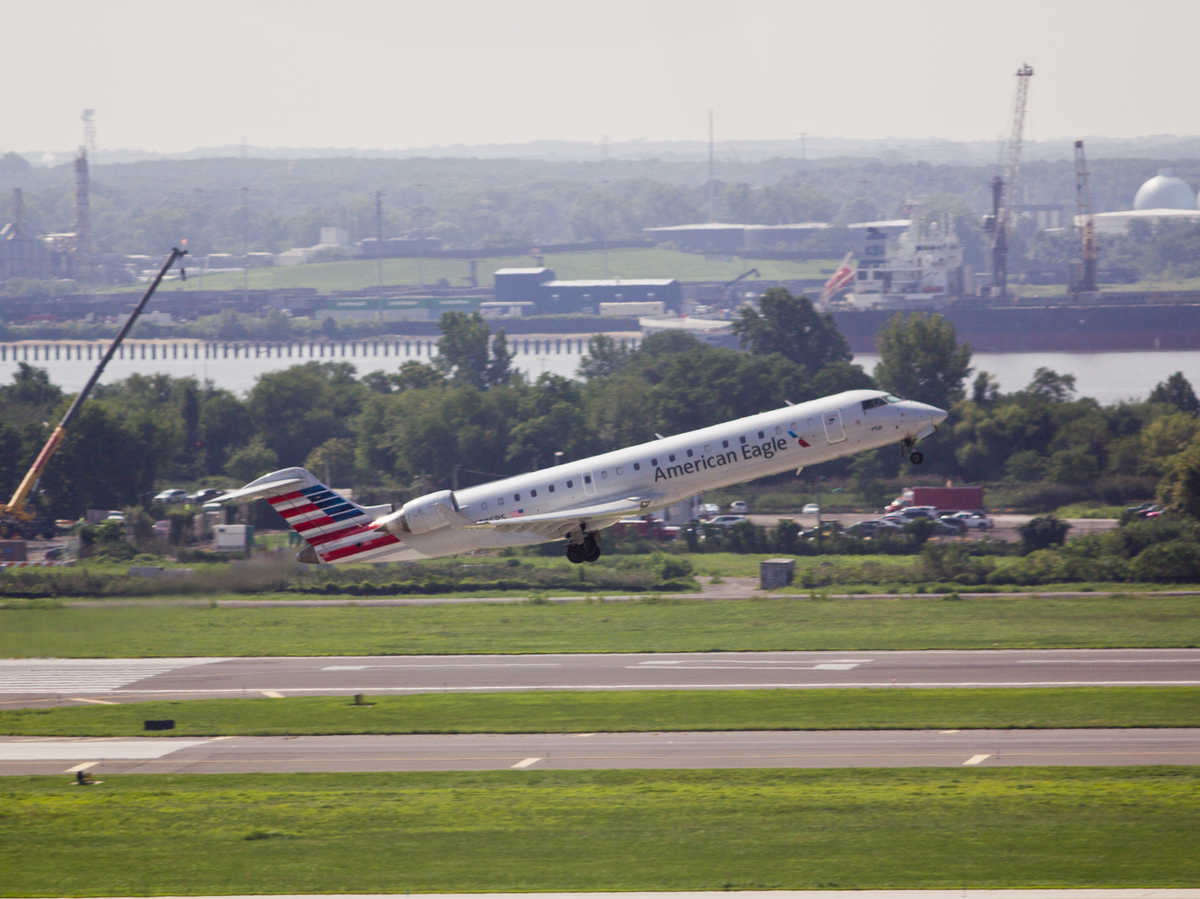 Philadelphia International is among more than a dozen major U.S. airports vulnerable to sea level rise.

From the ramp tower 120 feet above the runway, it's clear Philadelphia International Airport is surrounded by water. There is wetland, a network of creeks and, just a couple hundred yards away, the tidal Delaware River leading out to the bay. As with many airports, the original idea was to build on a large tract of land convenient to a city but far enough away from homes and tall buildings. Often, that meant coastal wetlands and landfill.

Now, such airports are threatened.

A federal report lists Philadelphia International as one of 13 major U.S. airports that have at least one runway within 12 feet of current sea levels. There are many more at risk around the world, and some have already faced flight disruptions or closure from storms and floods.

Climate scientists, city planners and engineers say that will become more common as sea levels rise, storm surges and intense rain events worsen, and — in some areas — the land slowly sinks. Increasingly, it won't take a major tropical storm to shut down an airport.

In 2012, Superstorm Sandy spilled more than 100 million gallons of seawater into New York City's LaGuardia Airport, shutting it down for three days.

"If we got hit by that, we could have flooding on some of our taxiways or runways," says Ray Scheinfeld, who is in charge of preparing for rising sea levels at Philadelphia International. "We could have problems with some of our infrastructure."

Scheinfeld says if an airport shuts down, that not only leaves passengers stranded but also prevents delivery of crucial items like medicine or emergency services. It could cost millions of dollars in revenue for the region.

Adding to the risk in Philadelphia, some of the most critical infrastructure is 15 feet underground.

In 2013, a storm flooded a tunnel serving one terminal with 3 feet of water, shutting down baggage conveyor belts and inundating an electric substation. It knocked out all power and resulted in about 12 canceled flights.

After that, the airport installed stackable aluminum barriers that seal the doors to the substation. 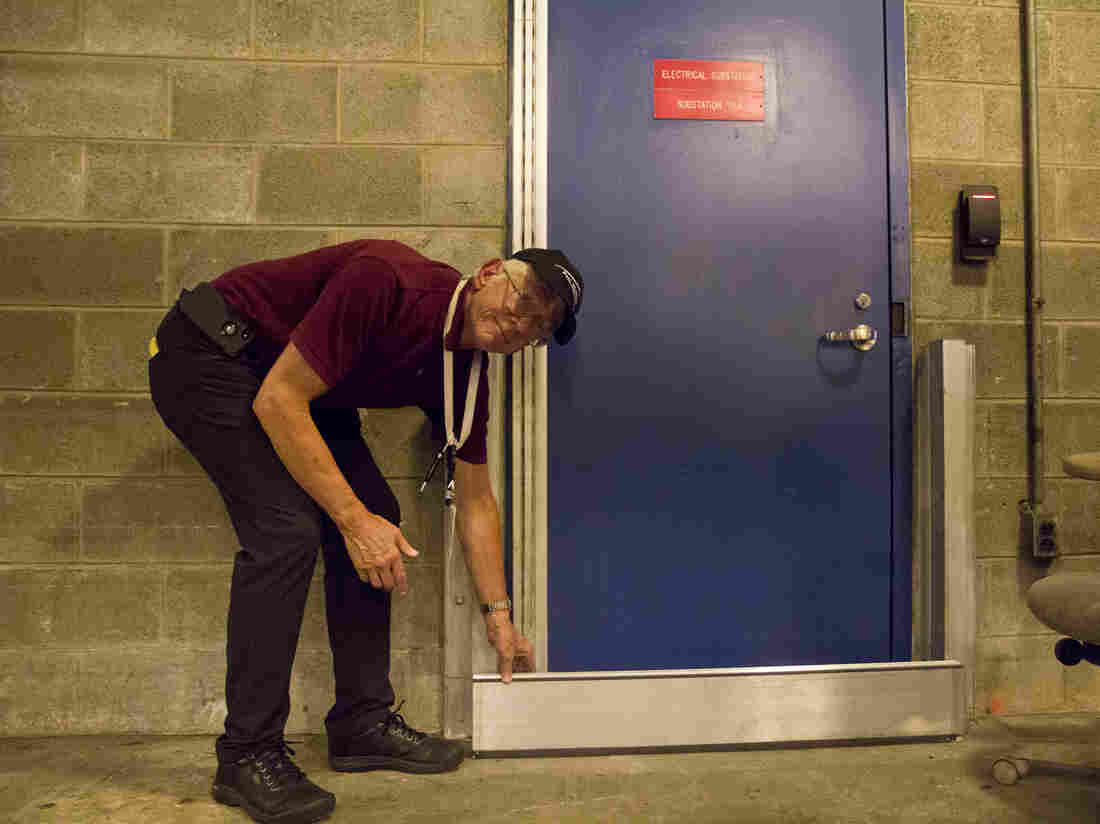 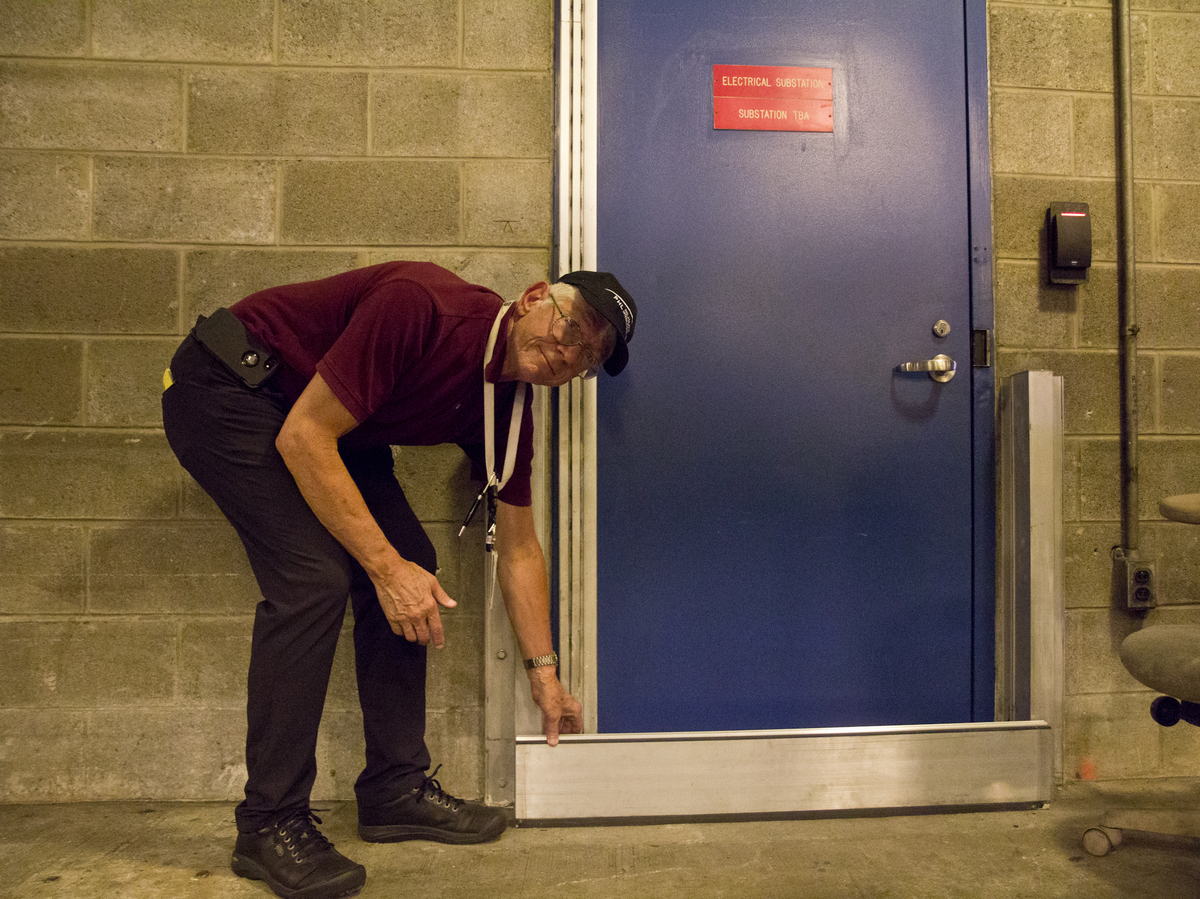 "If we know a storm is coming or there's a potential problem, we can insert those," says Scheinfeld, "and protect probably up to about 40 inches above the floor level."

Scheinfeld says new facilities built at the airport will also accommodate future sea level rise. "We may put additional fill into a particular area," he says.

Airports across the country are working to solve the same problems.

Boston's Logan airport has raised its electrical equipment and purchased new flood barriers. San Francisco's airport has runways that jut out into the bay. It has already installed concrete berms and walls and is working with the Army Corps of Engineers to do more.

"If you're talking about airports on the edge of the sea, the most likely thing you would think to do is build a higher wall around that airport," he says. "But there is a point at which you can't build a wall so high that an airplane couldn't clear it. So this is a tricky thing with airports."

Freudenberg says the problem will only get worse as the planet continues to warm and seas keep rising. In a few decades, he expects some airports may even be underwater and in need of a new home.

Coastal flooding isn't the only climate-related problem for airports.

"When an airport that used to get x number of feet of snow, but now is getting the equivalent in rain," she says, "that is in some cases overwhelming or challenging the existing drainage system."

And all that increased wetness can have another impact, this one somewhat icky. "Worms are infesting the runways," Pagliarello says, making them slippery.

This story comes to us from StateImpact Pennsylvania, a public media collaboration covering Pennsylvania's energy economy.