Accessibility links
Andrea Kremer And Hannah Storm Will Be First Female Duo To Call An NFL Game There was a decidedly mixed reaction when Amazon Prime Video said it planned to offer the pair as a streaming alternative to the Fox TV broadcast crew of Joe Buck and Troy Aikman. 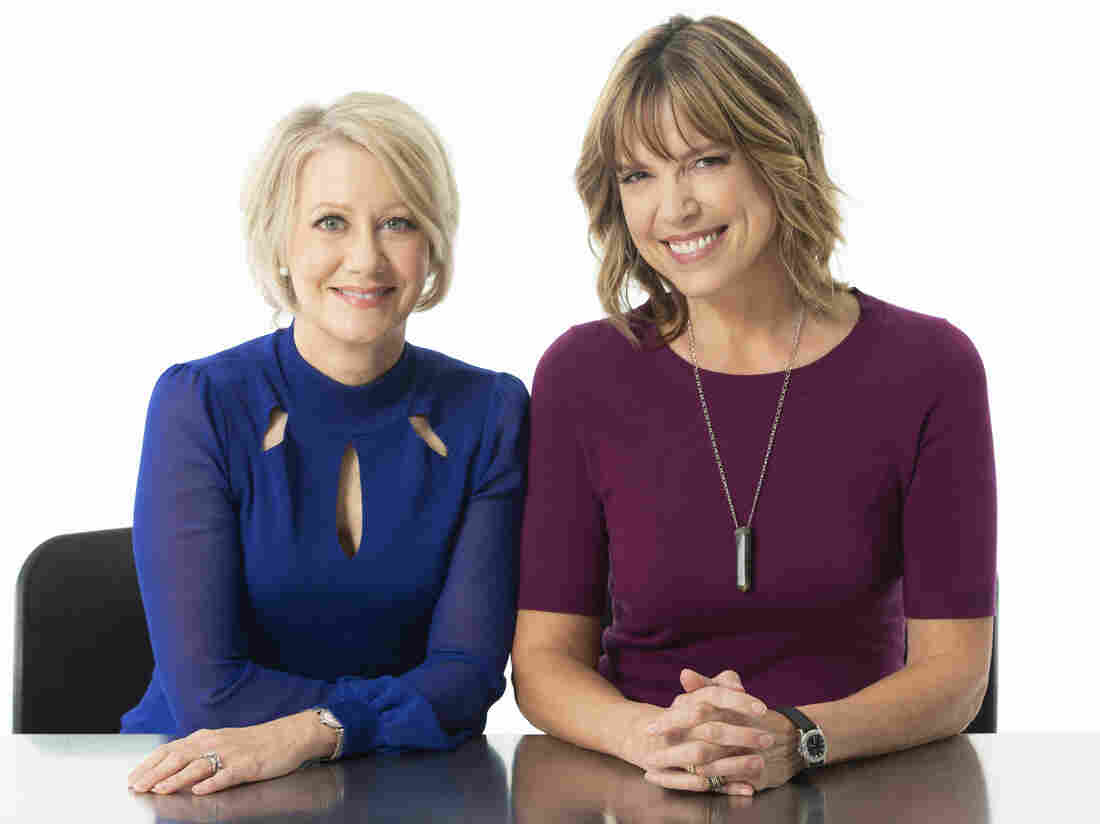 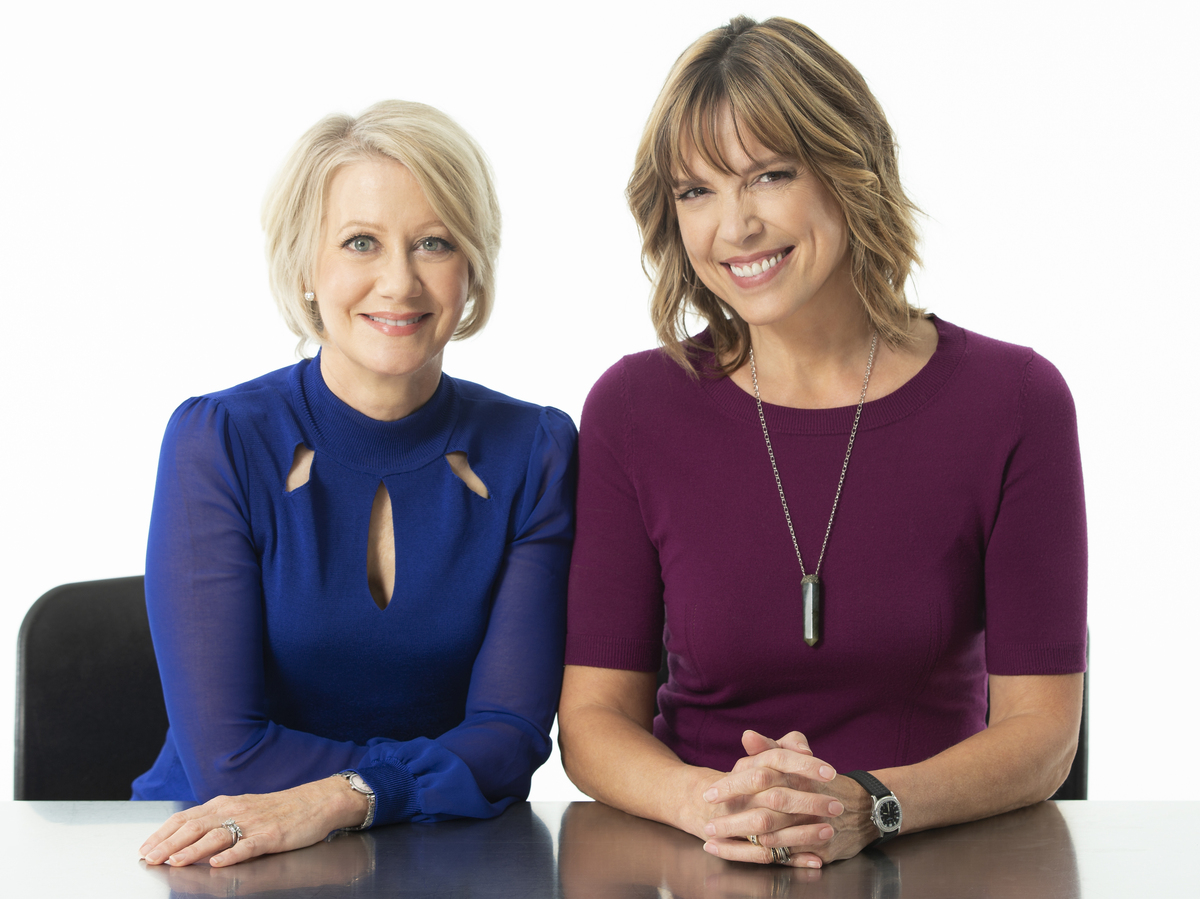 Hannah Storm and Andrea Kremer will become the first female announcing team to cover an NFL game this Thursday, with Amazon Prime Video offering the pair as an online alternative to the Fox broadcast crew of Joe Buck and Troy Aikman.

"Teaming up with Hannah and Amazon for this is truly special," Kremer said in a news release. "Hannah is a brilliant journalist and she has been a friend for many years. With decades of experience as storytellers, we will be bringing a different voice and viewpoint to covering the game of football."

Thursday's game between the Los Angeles Rams and the Minnesota Vikings is the first of 11 games that Storm and Kremer will work this season.

News of the all-female team immediately set off a range of reactions online. Some critics — most of whom, from what we saw, were male — turned up their noses at the idea, replying to a tweet from media reporter Darren Rovell with comments such as "My god... my eaaaars."

But on that same thread, a man named Victor wrote, "That is awesome news! As a father of 2 young girls, I love this! Thank you for this."

In response, another man wrote, "Disgusting it took me this much scrolling to find a good comment. Good on you."

Disgusting it took me this much scrolling to find a good comment. Good on you.

Pro-male pearl-clutchers and ear-coverers can choose not to listen to Storm and Kremer's play-by-play and analysis of the game: Amazon Prime Video's streaming platform will also offer Aikman and Buck.

The freedom of choice didn't stop a Twitter user named "Alpha" from writing, "Wow, that will be an absolute terrible listen smh," replying to a tweet about the all-female pairing from ESPN's Adam Schefter. Within a couple hours, Alpha's tweet was liked nearly 700 times.

Pushback like that is "both sad and disgusting," sports reporter Cayleigh Griffin said of the responses to Schefter's tweet. She added, "These are two of the most respected and hard-working women in sports journalism."

The replies to this tweet are both sad and disgusting. These are two of the most respected and hard-working women in sports journalism.

“Do they even know what a route is?” You’re kidding, right?

Amazon says offering coverage from Kremer and Storm is part of its plan to produce multiple audio streams so that viewers can "customize their viewing experience." Other options include a Spanish-language team and a U.K. broadcast.

While Aikman and Buck are one of the top-tier announcing teams, some responses online noted that Kremer and Storm are extraordinarily qualified to handle an NFL game.

"Wondering why someone like Andrea Kremer had to wait this long for a gig like this and had to get it on a streaming service," wrote David Steele of the Sporting News, "but [recently retired Cowboys tight end] Jason F. Witten gets escorted right to the front of the line."

News of the all-female broadcast team comes a year after Beth Mowins became the first woman in 30 years to handle play-by-play duties for an NFL game, working in the booth for Monday Night Football — a job to which she has returned for a second season.

Mowins has faced some criticism since her debut last September. The New York Times even ran an essay by sportwswriter Julie DiCaro titled, "Safest Bet in Sports: Men Complaining About a Female Announcer's Voice."

Critics of female broadcasters often say they're simply reacting to the voice, not the person. As one man wrote in the debate that broke out on Schefter's Twitter feed today, "Stop trying to make this about being sexist."

Kremer is among those who have defended Mowins. As she told DiCaro last year, "I have no doubt that 'hating the sound of her voice' is code for 'I hate that there was a woman announcing football.' "

"I can't imagine embarking upon this new role with anyone better than Andrea," Storm said. "A lifelong friend with Pro Football Hall of Fame credentials, she is the perfect partner. Together we're looking forward to offering a new option for Prime members on Thursday nights and I'm excited to get to work!"

Kremer is currently the chief correspondent for the NFL Network, in addition to filing in-depth stories for HBO's Real Sports. Earlier this year, she won the Pro Football Hall of Fame's Pete Rozelle Radio-Television Award, for "long-time exceptional contributions to radio and television in professional football."

Once on the sidelines — literally — as a reporter for NBC's Sunday Night Football, Kremer will now help anchor the broadcast from the booth.

Storm, who is an anchor for ESPN's long-running SportsCenter program, is a versatile broadcaster who has had central roles in presenting a number sports, from the Olympics and the NBA and WNBA to Wimbledon and Major League Baseball. She has also produced and directed a number of long-form projects for ESPN and other outlets.

"NFL fans will hear history made this season — bringing two female announcers together to call an entire NFL game has never been done before," said Greg Hart, vice president of Amazon Prime Video.

He added, "Our customers around the world love to stream football — we are thrilled to have Andrea and Hannah bring their extensive knowledge of the game to fans on Prime Video."

A previous version of this story incorrectly identified Julie DiCaro as being with the New York Times. DiCaro is a Chicago-based sportswriter and hosts 670 TheScore.